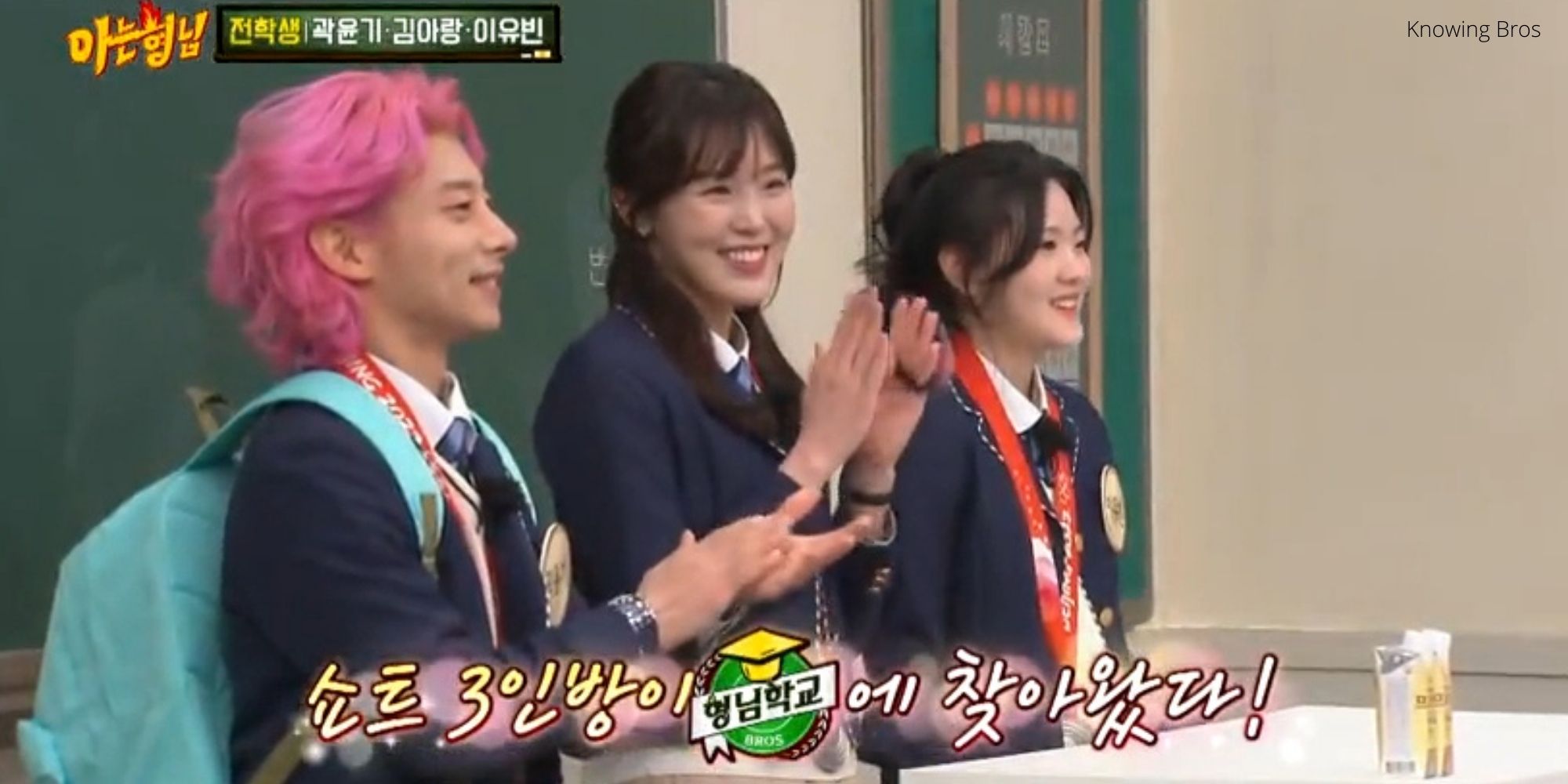 The ‘Knowing Bros’ cast has always been accurate in inviting amazing and unique guests. This time in ‘Knowing Bros’ Season 7 Episode 11, they are all set to invite the zombie fighting gang from ‘All of Us Are Dead’. The guests will share their experiences and how did they fight the zombies in their school.

Also, in the previous episode of ‘Knowing Bros,’ the cast invited the Olympic short-track champions Kwak Yoon-gy, Kim A-lang, and Lee Yu-bin. After their winnings in the International competition, they have a lot of interesting stories to share with the cast.

In the previous episode of ‘Knowing Bros,’ the cast invited the National champions of the country, Kwak Yoon-gy, Kim A-lang, and Lee Yu-bin. The episode starts with the short-track skaters entering the room with a sliding motion as if they are skating. Also, all three athletes have won a medal for South Korea. Kwak Yoon-gy is a South Korean athlete who has represented his country in many international competitions. Moreover, he won the Overall World Championship in 2012. In March 2022, Yoon-gy proved his high empathy quotient as he donated 30 million won to Hope Bridge Disaster Relief Association. The money was to help the victims of the wildfire.

Kim A-lang is also a South Korean skater. She is one of the gems of the country. As a kid, she used to go to the skating rink with her brother. Her debut was at World Junior Short Track Speed Skating Championships in 2013. There she won two gold and one silver medal. Moreover, in the 2014 Winter Olympics, Kim A-lang’s team won a gold medal in a 3000m relay. Finally, the third guest of the MOAM school is Lee Yu-bin. She has made her country proud as she won the silver medal in the 2018 Winter Olympics. Furthermore, the athlete has participated in the 1500m woman’s category and 3000m relay category. 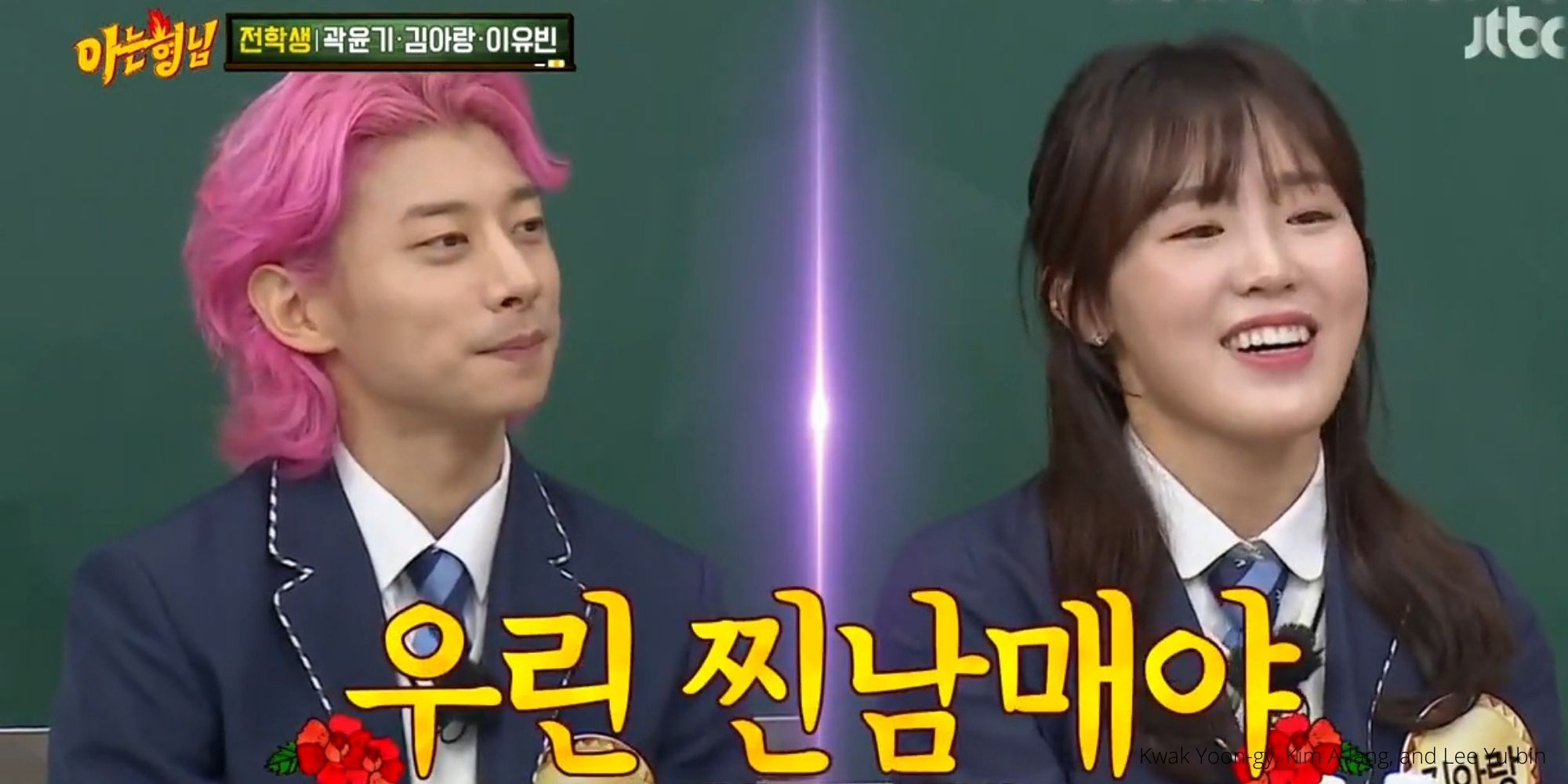 Also Read:  Woo!ah! Kpop Girl Group Members: All About Them

As the conversation with the ‘Knowing Bros’ cast keeps progressing, everyone arrives on an interesting topic. There have been many rumors about Kwak Yoon-gy and Kim A-lang dating. However, the athletes have always denied them. Furthermore, the cast displayed many pictures in which both of them were seen together going out and in a car. Still, they stick to the story that they are just very good friends. However, their colleague Yu bin confirms that they are not siblings.

The National Olympic champions of South Korea have an interesting evening with the MOAM school students. They share their stories, and Lee Yu-bin even showcases her dancing talent. Along with her, one of the cast members also dances. Finally, after a lot of fun in the classroom, the MOAM students shifted the party to the gym. In the ‘Knowing Bros’ Season 7 Episode 11, the cast might not have this much fun as the school will be infested with zombies. 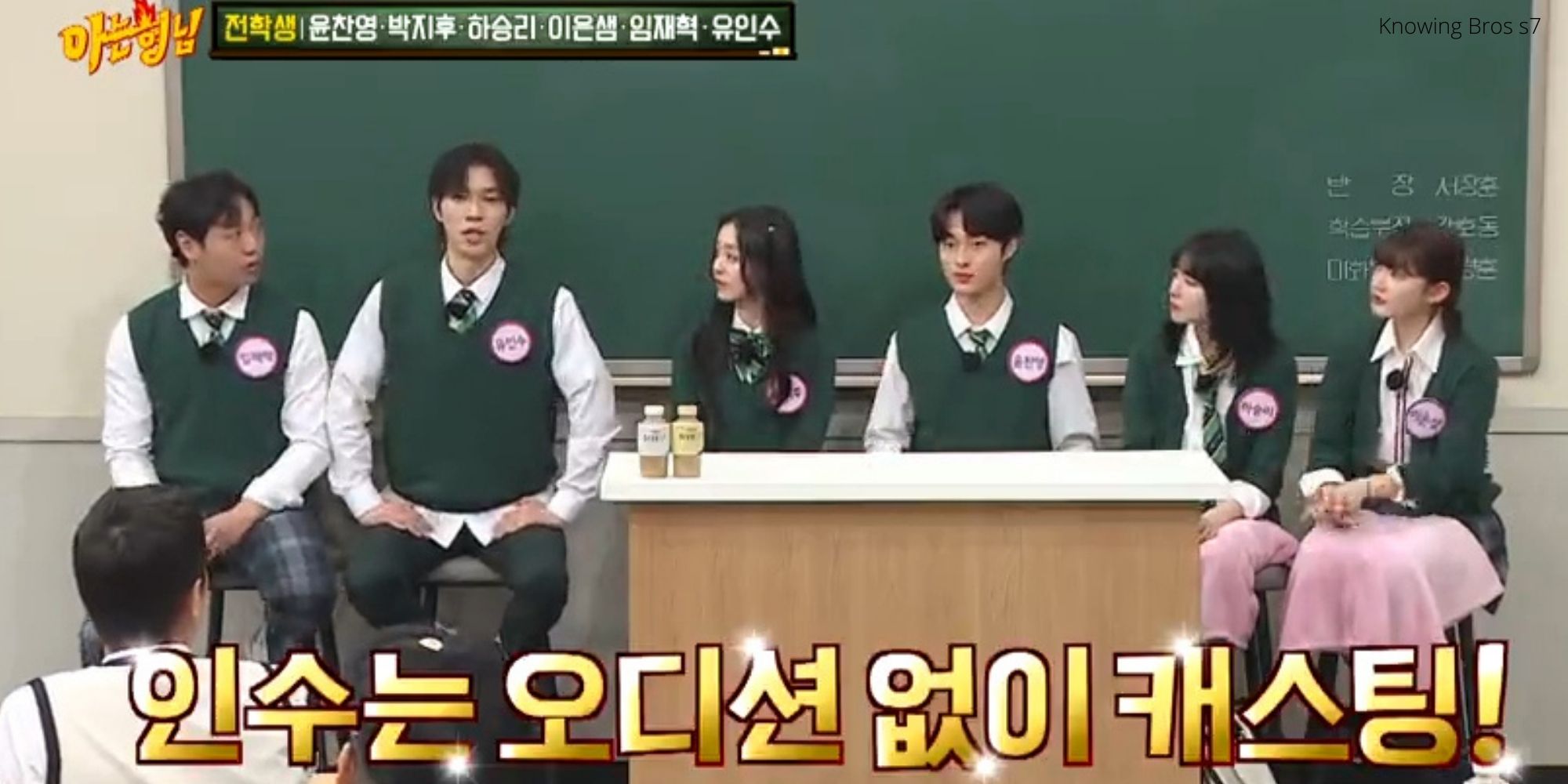 Also Read: Is Woosung A Korean Citizen? The Vocalist And Electric Guitarist’s Journey

‘Knowing Bros’ Season 7 Episode 11 release date is 31st May 2022. In the previous episode of ‘Knowing Bros,’ the cast played an interesting game with the National Olympic medalists. This makes us wonder what games can they play with zombies. In the upcoming ‘Knowing Bros’ episode, the star cast of ‘All of Us Are Dead’ will be invited to the show. The guests will include Im Jae-hyuk, Ha Seung-ri, Yoo In-soo, Lee Eun-saem, Yoon Chan-young, and Park Ji-hu. Let’s see if the MOAM school students will be able to beat the zombies in their own game or not?

Also Read: While You Were Sleeping Cast: All About The Talented Stars