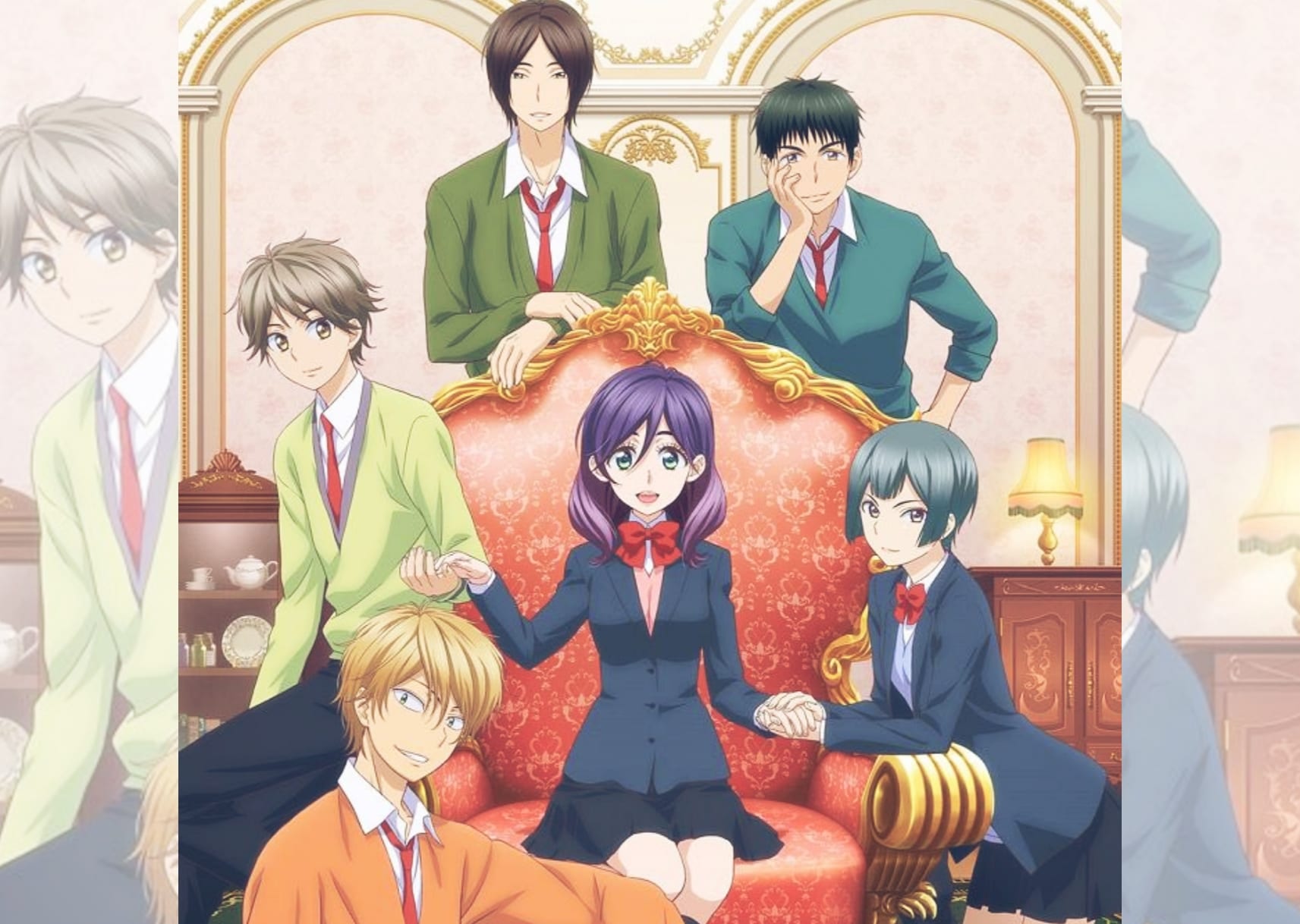 Kiss Him Not Me.

If you haven’t had at least one fictional two-dimensional crush, you have yet to explore the anime world in depth. ‘Kiss Him Not Me’ is a 2016 anime that personified every fujoshi fan into Kae Serinuma. The anime is based on a manga by the same name, written and illustrated by the popular BL mangaka, Junko. It was published by Kodansha and serialized in the Bessatsu Friend magazine from 2013 to 2018. The manga ran for 14 volumes. In 2016, it received an anime adaptation that was very well received by anime fans worldwide. The anime was a production of Brain’s Base studio and directed by Hiroshi Ishiodori. With the fame it has received, is the anime coming back for a Kiss Him Not Me season 2? Or has it been canceled?

Kiss Him Not Me is a reverse harem comedy. The gags of the show are directed towards two large communities in the anime fandom: fujoshis and otome game fans. Fujoshis are fans who love shipping two male characters together, irrespective of whether they are romantically involved in the original story or not. Junko, who is a renowned BL writer herself, does it with ease and in the most relatable way ever. Otome games are dating simulation games that are very popular in Japan. Like any other otaku, the protagonist of the show deals with an unending love for an anime character all the while being desired by four of the most handsome boys of her school.

The anime was a pretty big hit and had fans craving more. Here is everything we know about the updates of Kiss Him Not Me season 2.

About Kiss Him Not Me

Kae Serinuma is an overweight otaku who is quite unnoticed in her class. One day, her favorite character, Shio from the fiction anime series, Mirage Saga dies. She falls into depression and skips meals for the next week. When she comes out of her room after a week of isolation, she is completely transformed into a thin, beautiful girl. On returning to school, everyone is mesmerized by her. Even more so, the four good-looking boys of her school fall head over heels for her. As they try to woo, she needs to make choices. But little do they know that what the fujoshi in her really desires is to see them together.

The anime aired from October 6, 2016, to December 22, 2016. It ran for 12 episodes, by the end of which Kae finds herself finding love in Shion when she realizes he is coming back in the next season of Mirage Saga. The anime adaptation broadcasted originally on TBS and BS-TBS and was licensed by Crunchyroll and Anime Limited for viewers worldwide. Kiss Him Not Me deals with cliched circumstances in an otome game. 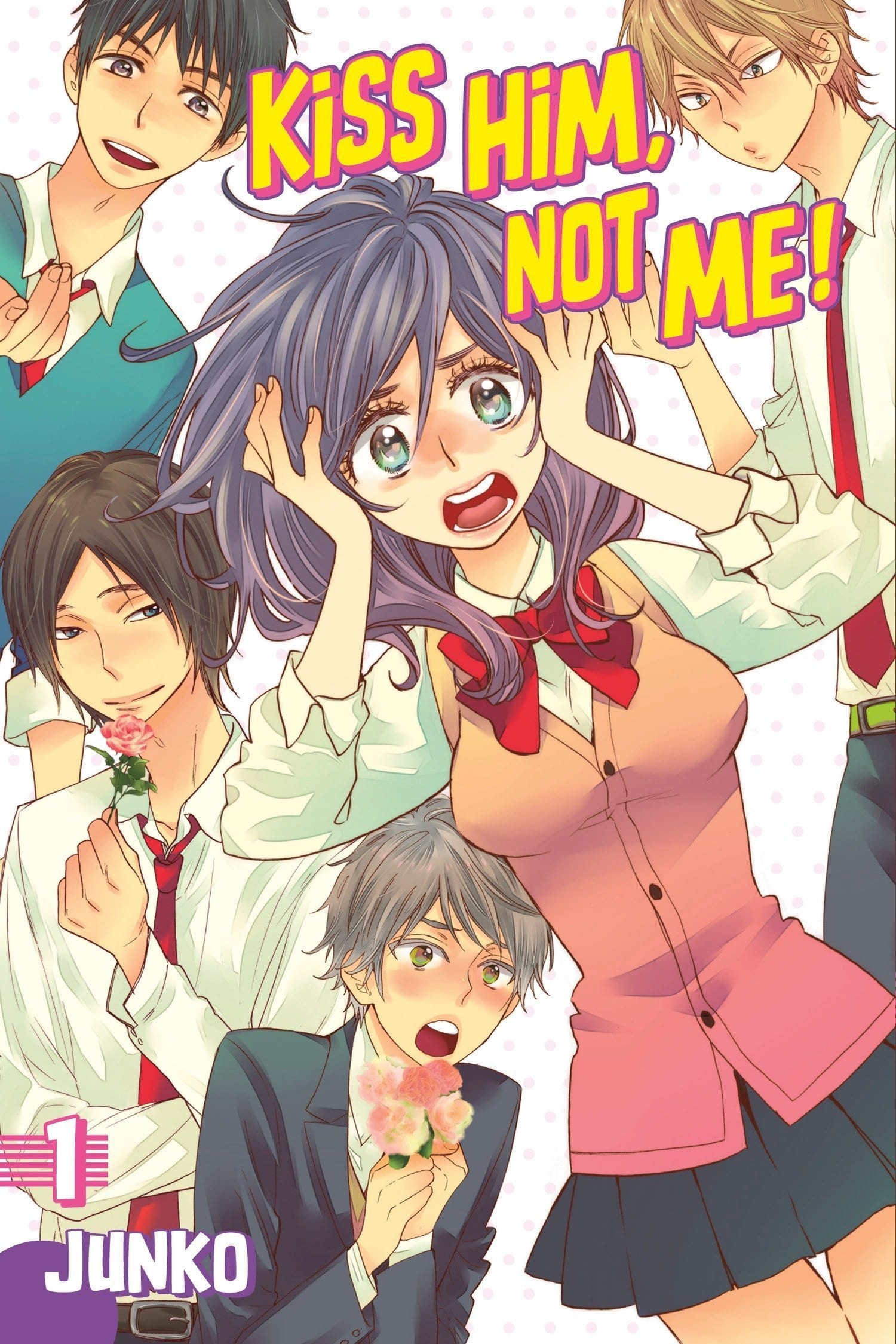 Kiss Him Not Me.

The four good-looking boys, Yusuke Igarashi, Nozomu Nanashima, Hayato Shinomiya, and Asuma Mutsumi represent the most typical types of boys that these otome games have on display. Yusuke is a popular boy from a soccer club. Nozomu is that one guy with a “bad boy” personality but actually turns out to be pretty nice. Hayato represents the shy kouhai characters in these games. Finally, Asuma is a studious, reliable senior.

Kiss Him Not Me Season 2 Release Date

As of 2021, it has been five years since season one of the series came out. Ever since it ended, fans of the anime have been curious about the future of Kae and the four boys. The anime ended on a funny note with her embracing her love for her fictional love, Shion. But fans need more details than that and hence have been waiting for an announcement of the second season. Kiss Him Not Me has not been renewed for a second season and there has been no indication of it happening anytime. However, there has been no announcement of the show getting canceled either. So fans, don’t lose hope!

There is a lot of source material still left to be animated. In the manga, Kae also ends up together with one of the four boys. So, a Kiss Him Not Me season 2 is not an entirely impossible dream. Moreover, the manga’s cumulative sale of 3 million copies as of 2020 looks like a good enough number too. As fans, one way to catalyze the renewal of the series is by purchasing the source manga from legal sources. Growth in the manga’s sales increases the chances of the show’s renewal.

However, in case if you are still curious and want to know more about the story, you can read the manga on Kodansha.