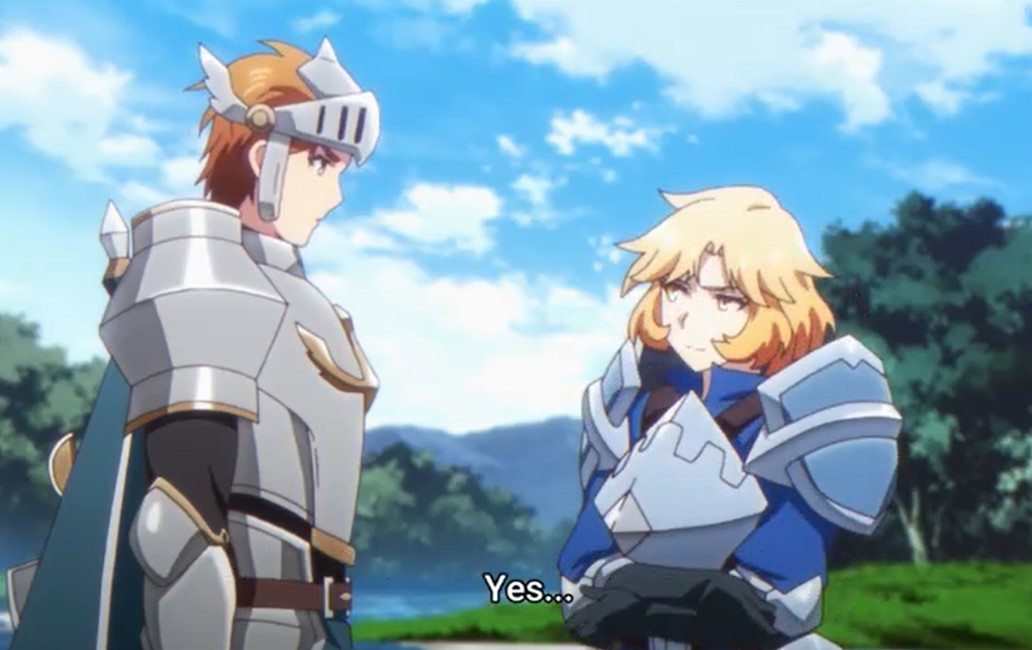 Lorraine tries to help Pavel, who is not feeling well. Pavel reveals that he has a terrible dream, and he is worried about Kasel. He wonders if Kasel would be able to get the Holy Sword successfully. Lorraine replies that Kasel will be fine and they can put their faith in the young ones. King’s Raid: Successors Of The Will updates is titled Blade of Vengence, Bloom’s in Darkness. Below, we will be talking about the updates of the episode finale. Let’s find out how Kasel and his team will handle the Holy Sword.

Previously on King’s Raid: Successors Of The Will Episode 25

Kasel told Clause that if he is the true heir, he will find the Holy Sword Aea. With the power of Holy Swor, Kasel is sure that he can protect everyone. That day Clause warns Kasel about the danger that he might encounters. Kasel told him that he is ready to face any danger to get the Holy Sword. He cannot bear to see anyone suffering because of the demons. In the present day, Clause told Demia that he was how determined Kasel was that day. Kasel was trying to fight the demons from the bottom of his heart.

Demia is worried that she is getting the news now, and she should have known. They would have helped Kasel. They would have prepared to face the Dark Lord’s return and fight with the demons. Clause reveals that Kasel is determining his own destiny without anyone’s guidance. He wonders if Kasel will be able to wield the Holy Sword. Demia comments that the fate of the world is on Kasel’s shoulder. It is too much load for one person to carry. 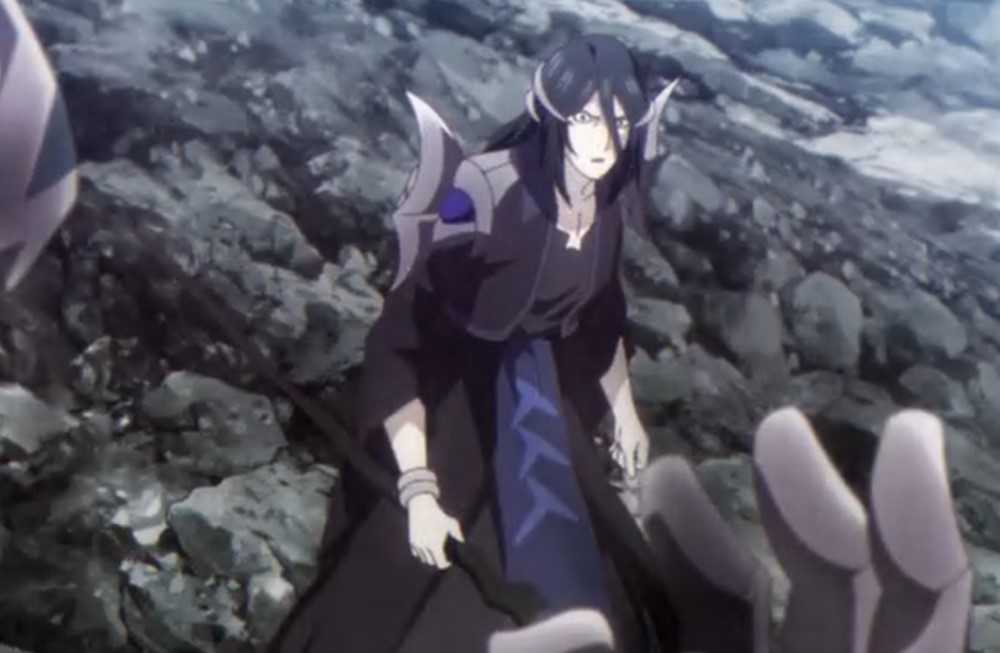 Clause reveals that it was Kasel’s dream to become a knight and protect everyone. Some mock him calling him names. They thought that his dreams would never become true, but he was serious after losing his mother to the demons. Kasel told Clause that they should never lose the life of loved ones and innocent people. As knights, every civilian is important, and their life matters. Clause reveals that he has chosen in the past to become Kasel’s shield. He will fight alongside Kasel as a true knight.

Demia agrees with what Clause is saying and said now it is the time. Meanwhile, Riheet and Scarlet are heading to the World Tree. Scarlet told Riheet that they would group with Kasel and fight with the Dark Lord. Riheet reveals that he has only one goal: to kill the demon that killed his friends. He doesn’t care about the World Tree or the Holy Sword. All he cares about is getting revenge and avenge his friend and family that he has to lose at the hands of the demons. Scarlet wonders if Kyle is taken by the dark powers.

If so, it means that the current her (Kasel) to the Holy Sword might also be in danger. She reveals that she has seen Illyas scripts talking about King Kyle. She wonders if there is anything they can do if the scripts come to be true. Riheet told her that he would do whatever it takes. He is not concerned about what might happen to Kasel, and he wants to accomplish his goal without falling. Scarlet reveals that according to Dominix, the demons that attacked the Black Edge are the sorcerer named Malduk. 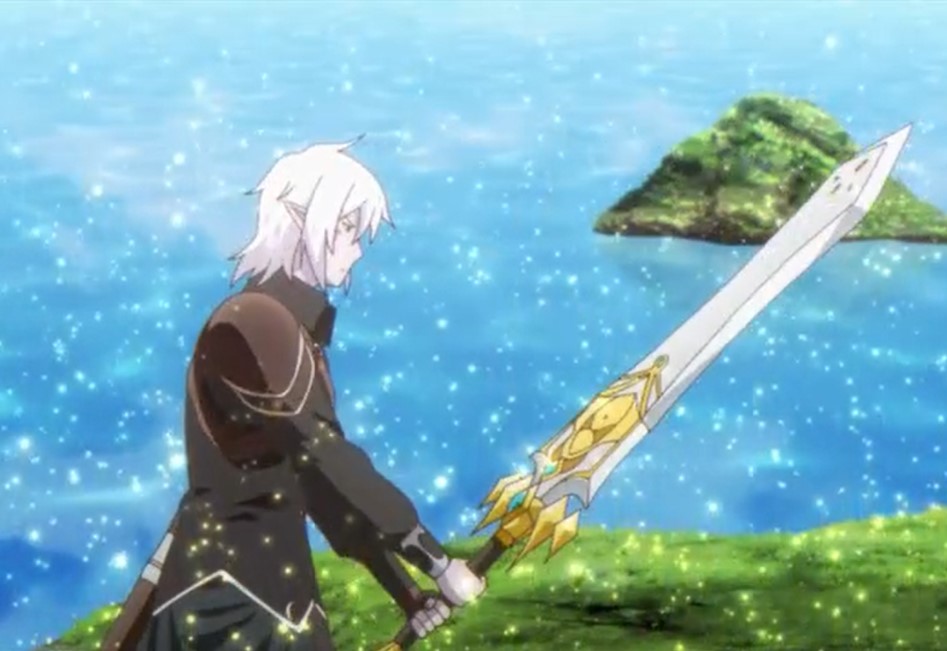 Riheet can’s believe that the culprit is Malduck and scarlet narrates a story that happened in the previous battle 100 years ago. She reveals that Malduk was using the moving corpses- undead during the battle. Riheet realizes that Malduk is the one who turns Tamma and other elves into the undead. He comments that he will kill Malduk with his bare hands.

Frey is aware of why goddess Lua has taken away the powers of the Holy Sword. She is afraid to tell Kasel since they are about to reach the World Tree. Frey asks Kasel if he will fight with his father and what will happen to him. Kasel gave Frey a heroic speech about protecting everyone. Selene comments that she can smash any darkness when she is with everyone.

Meanwhile, Riheet and Scarlet were the first ones to arrive at the World Tree. Riheet saw the Holy Sword Aea and pulls it out. He comments that now he can save his friends. Scarlet asks Riheet what he is talking about since the heir can wield the sword. She told him that they have to give it to Kasel. Suddenly Malduk and the Dark Lord Angmund arrive, but Riheet uses the Holy Sword and cuts Madulk’s head. Angmund uses his powers to take the Holy Sword, and Kasel arrives.

King’s Raid: Successors Of The Will Episode 26 Release Date

King’s Raid: Successors Of The Will Episode 26 Preview

Read King’s Raid: Successors Of The Will Episode 25.