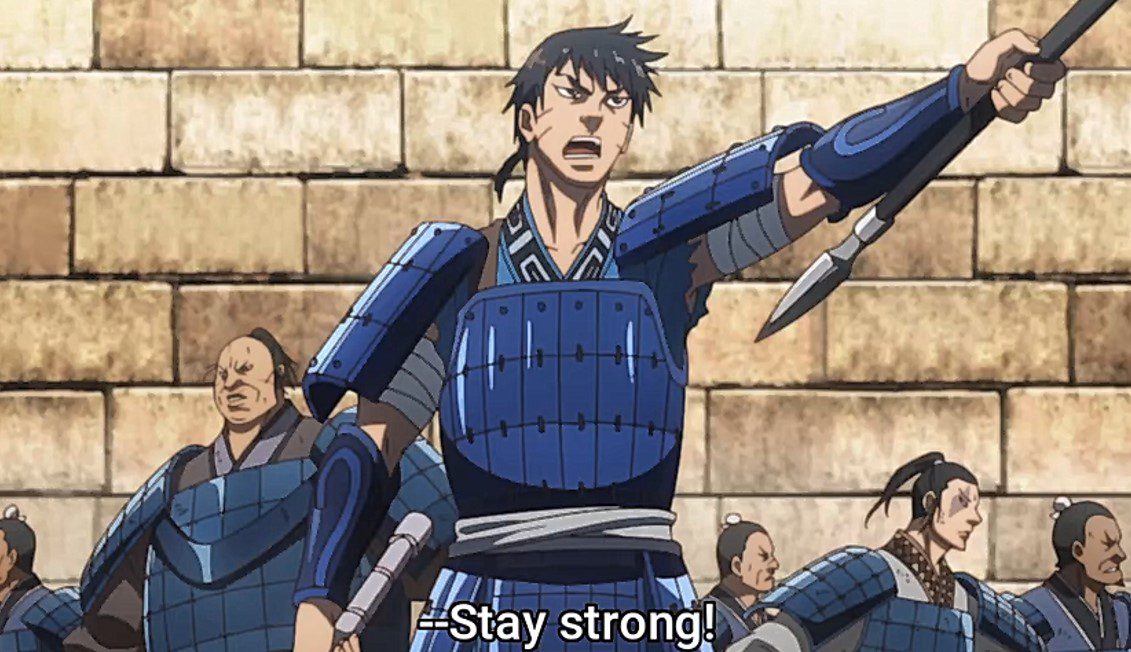 He reminds the enemies not to underestimate them even though they got outnumbered. Ten and the other generals watch the castle’s battle and notice that they face the stronger enemies. Ten comments that Fei Xin Force gets there through hand-to-hand combat, and they won’t fall if they are in the South wall. Zheng talked about Xin, and Ten replies that Xin has been carrying a huge burden to get this far. Xin guides his men to send the enemies flying who are trying to climb the wall. The other general talked about Commander who slash Lu Hu, the right man, to Lian Po.

They realize that he is the former Three Greats and the two decided to take on Xin. But the lady reminds the general that Li Mu ordered them not to show up now unless he send a report to them. The general replies that the Qin will gain momentum if they don’t join the battle. The lady reveals that the South wall is not their target. Meanwhile, at Zui Castle East Wall, the enemies have begun to invade. The soldiers report to Bi that the enemies are using more ladders to climb up.

Bi told Meng Yi that the East wall sem to be facing a challenge. The generals realize that the enemies are using the advantage of the wind to climb up. Meng Yi comments that there is an easterly wind blowing in that direction. He thinks that Li Mu has noticed that, and they have a height advantage in an arrow fight, but they got cancer out when they are firing into the wind. If the wind becomes stronger, the table will turn and work in the enemy’s favor. Bi realizes that Lord Changwen’s west wall might be upwind and enjoying the upper hand.

Bi adds that Jie Yi is in the back on the north wall, and he has brought a stranger weapon with him. Ten and Meng Yi realize that their problem is the East wall since the other sides are covered. The soldiers ask for more achers to help them; Ten and other generals wonder if the enemies’ Commander is more decisive. Ten realizes that she has no clues since she has never fought with them in the past. But Bi’s Commander has a solid track record. Ten reveals that she has something for East Wall.

The soldiers exchange barrages of arrows while the enemies try to climb the wall. Li Mu Army Adjutant: Jin Chengchang is glad that his troop is advancing and told them not to hold back. Jin told his men to teach Qin the terror of war. The soldiers from the top notice that the enemy’s foothold is growing. Ten told them to send the most powerful military to that side. Xin and his men find that Li Mu’s army is the detached force operating secret. Li Mu Army decided that they will take the South wall with a single strike.

Kingdom-Season 3 Episode 21 will be released on Monday, 13 September 2021, at 12:10 AM.  This anime has five episodes remaining for this 3rd season, and you can ace them online on Sunday. Let’s look at the Kingdom Season 3 official details below.

Where To Watch Kingdom Season 3 Episode 21 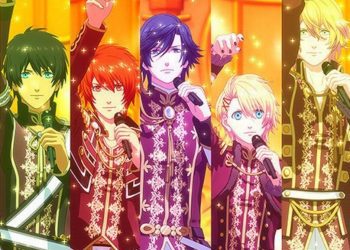 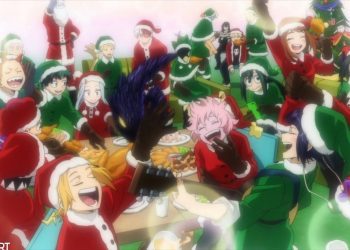 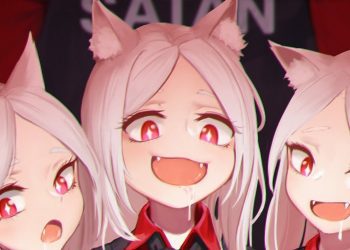