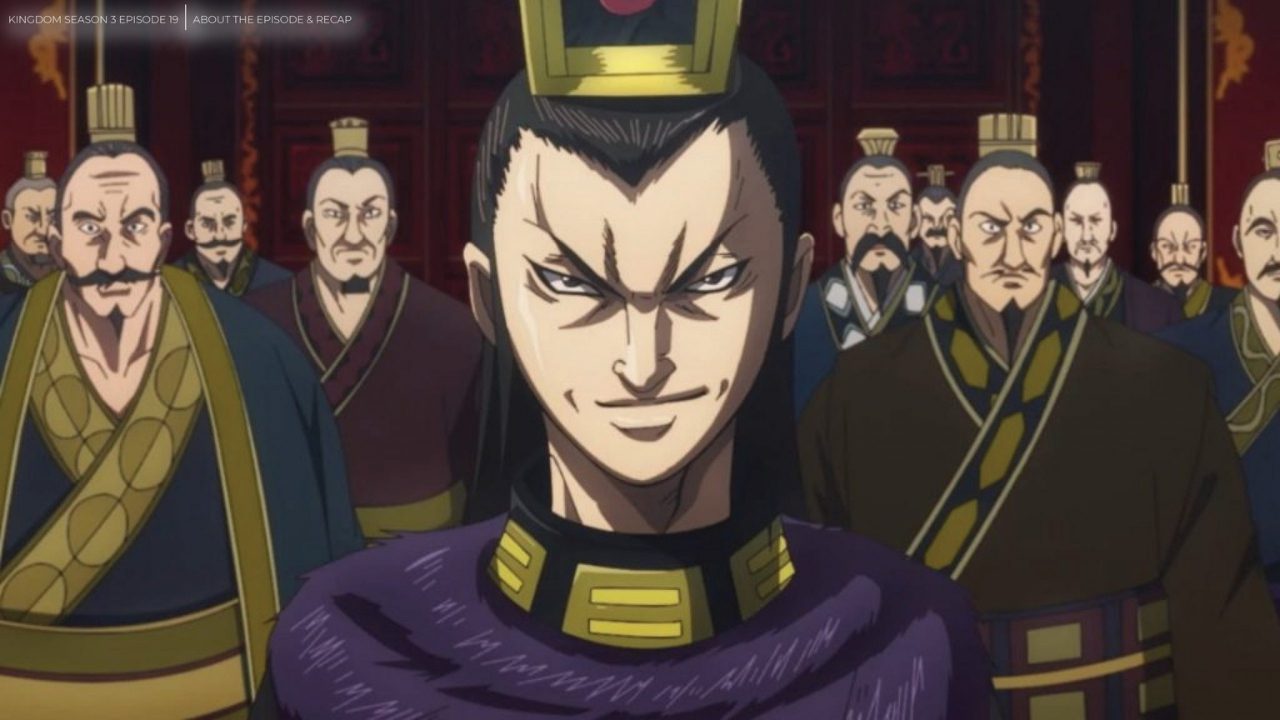 Kingdom Season 3 Episode 19 will release soon; the latest episode aired a few days ago; let’s look at the updates of the Hangu Pass battle. Xin’s heart got broken after witnessing the one he admires getting killed by the enemy. Pang Nuan, Zhao’s Three Greats: God of War, slaughtered Lord Biao and killed him with a single strike. The Qin Arm retreat since they got surrounded by Li Mu’s army. Xin wanted to avenge his lord, but Bi Hei and the others stopped him since they had no chance against God of War and Li Mu’ Army.

Li Mu sent a report to all the generals who are Qin’s enemies that he brought down one of the Lords. At Xiang, the generals received a message that Lord Biao got murdered by Pan Nuan. His Majesty realizes that the enemies took advantage and bring Pang Nuan to gain a moment during the battle. The generals ask if Lord Biao’s army is defeated, and the messengers reply that 2000 men managed to escape and are traveling to Xiang. His Majesty is worried about Xin since Lord Biao was close to Xin’s heart. The third messenger arrives and reports that riots have broken out in some areas of Xianyang.

The guy adds that the enemy is so close on the southern road. The rumors reveal that Xianyang has all but fallen. The citizens are clashing with the army while trying to leave. The fires have broken out through the city, with citizens gathering at the open northern gate. His Majesty notices that there is another general who smiled like he knows the plot behind the war. That general asks his informer if they have received a word from Li Si. One of them calls Lord Changwen to talk about something.

Lord Changwen notices that it is Si Shi and asks about his whereabouts. Si Shi replies that he has been keeping an eye on Lu Buwei. Li Si had been hiding, but he has made a move, and he’s brought the Vermillion Slayers into the Royal Court. Lord Shangwen wonders if they are tricking them to fight for them. Si Shi comments that it is not all about that, but an assassin’s job is only to assassinate, and their target is His Majesty. He adds that Lu Buwei will never clash with Li Mu and Pang Nuan since he loses everything if they lose the battle. 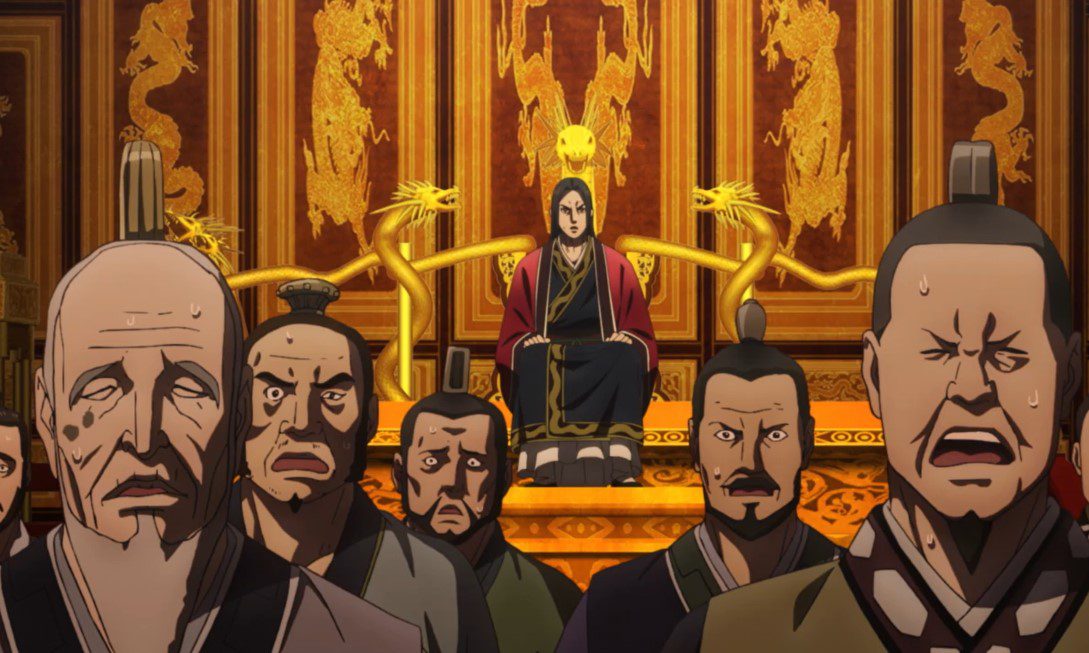 Lord Chengwen realizes that is why Lu Buwei had been smiling after hearing Lord Biao’s incident. Lu Buwei is planning to minimize his losses and broker peace with Li Mu. Lord Changwen thinks that Lu Buwei can reach a truce now. Si Shi comments that Lu Buwei can do that if the coalition army wants Qin destroyed. Meaning if Lu Buwei offers that head of His Majesty and Xiangyan in s bloodless surrender, he stands benefits from his generosity.

Lord Chengwen realizes that the castle lacks powers to stop Li Mu’s army, and it is hopeless to fight an enemy like this. Si Shin told Lord Chen to make sure that His Majesty is protected. Later His Majesty met with his wife and said to her that he is heading to the battlefield. Lu Buwei wants the Jeweled Throne, but Cheng Jiao arrives and tells him that it belonged to the royal family. Xin and Ten returned and met with Zheng, ready to join the battle, and they talked about the war and that they have to fight with what they have.

Kingdom-Season 3 Episode 19 will be released on Monday, 30 August 2021, at 12:10 AM. This anime will announce the fourth season since season three is about to conclude with six episodes left. Viewers from other countries can get the latest episode online on  Sunday using the time in their region. Let’s look at the Kingdom Season 3 preview below.

Where To Watch Kingdom Season 3 Episode 19?