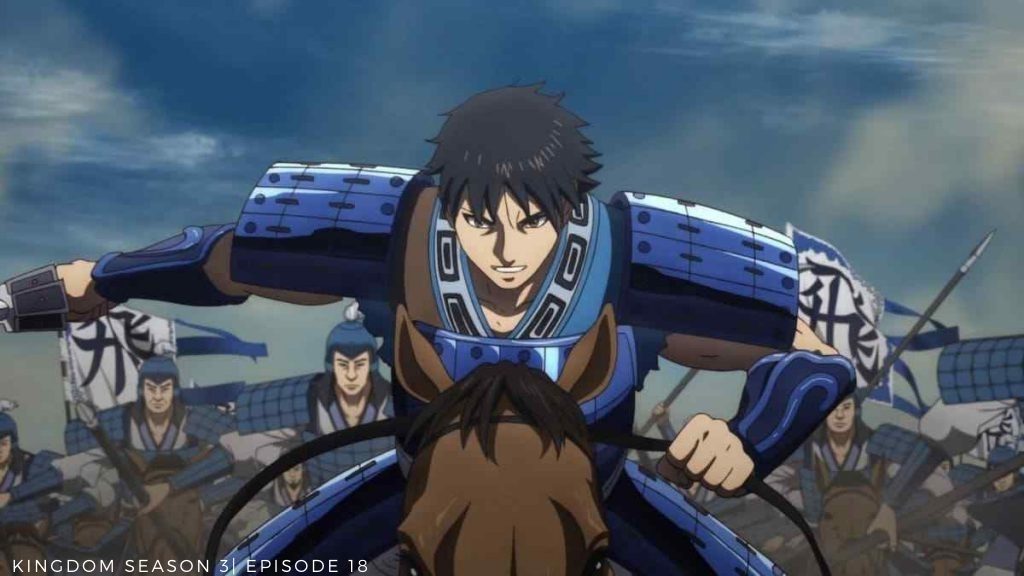 After delaying its latest episode, the release Kingdom Season 3 Episode 18 will air online soon. The Hangu Pass war continues after Li Mu failed to attend the meeting of the destruction of Hangu Pass and decided to make a formation attack. Li Mu joins the battle with his troop after leaving a message that 1000 elite troops must follow him. But General Yan is against that idea. Li Mu Army crosses the other troops like they are escaping by following the boss’s orders. Surprisingly, General Biao managed to reach Li Mu.

The episode title is ”The Ultimate Insitivive Type.” Xin comments they have to hand it to General Biao since he has instinctive-general eyes. Li Mu vs. General Biao is about to begin as the two generals face each other. Biao comments that he will behead Li Mu. One of Li Mu’s men told him to step back. Li Mu raises his hand, signaling his soldier to relax and comments that he never thought anyone would be able to see through his Liudong flow and make it here alone. He adds that not even Zhao’s celebrated instinctive Qing She.

But Lord Biao is far beyond Li Mu’s understandings and the ultimate ”instinctive” type of general. Lord Biao reminds Li Mu that a backed cornered man says, and he thought he would strike Li Mu’s back while trying to escape. But he is impressed that Li Mu is not showing his pack but facing him. Lord Biao asks Li Mu if he thinks that he can best him on a one-on-one duel. Bihei asks Xin if it is over, and Xin replies that Lord Biao vs. General Li Mu has not begun yet.

Xin wonders what General Biao wants to do, and Li Mu told Biao that he has never unsheathed his sword. But he fights his battle strictly through ingenuity. Lord Biao replies that Li Mu has more trump cards. Li Mu is glad that Biao managed to see through his Liudong, but there is a reason why his flow ended here. Biao is surprised to see another man with a flag and came to his left side. Li Mu told Biao that this is his end and he has to die here. 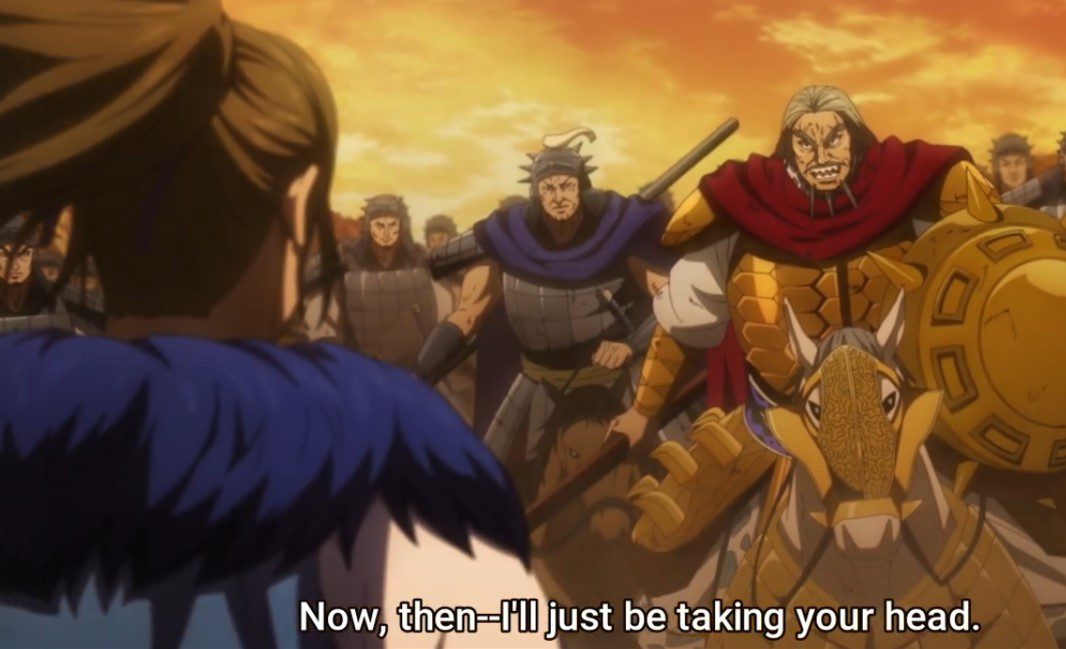 Xin is surprised to see Pan Nuan and wonder if Biao will die at the hands of Pan Nuan. Biao asks the guy who he is, and the guy talked about the power he posses coming from God. The guy comments that he is the one that is feared by the heavens an act of God: Pang Nuan, God of War. The warriors realize that Pang Nuan is Zhao’s Three Greats. Lord Biao realizes that this God of War is the one who slays Wang Yi. Biao understands why Wang Yi lost since he faces one of the Three of Greats.

But he is ready to slaughter Pang Nuan since he owes Wang Yi. Biao comments that Piang Nuan is Mu Li’s last blade and told his men to take Li Mu. God of War vs. Lord Bia begins. The warriors clashed their swords as the two exchanged massive strikes. Pang Nuan began to dominate Biao and killed him. Xin decided to go there, but his men tried to stop him. Xin shed tears and escape the flow with his men. Li Mu send the message to the other generals about what happened.

Kingdom-Season 3 Episode 18 will be released on is Monday, 23 August 2021, at 12:10 AM. This anime will update the fourth season since this season is about to conclude with seven episodes left. Those in different countries can access the latest episode on Sunday using their region’s time. Let’s look at the Kingdom Season 3 preview below.

Where To Watch Kingdom Season 3 Episode 18?