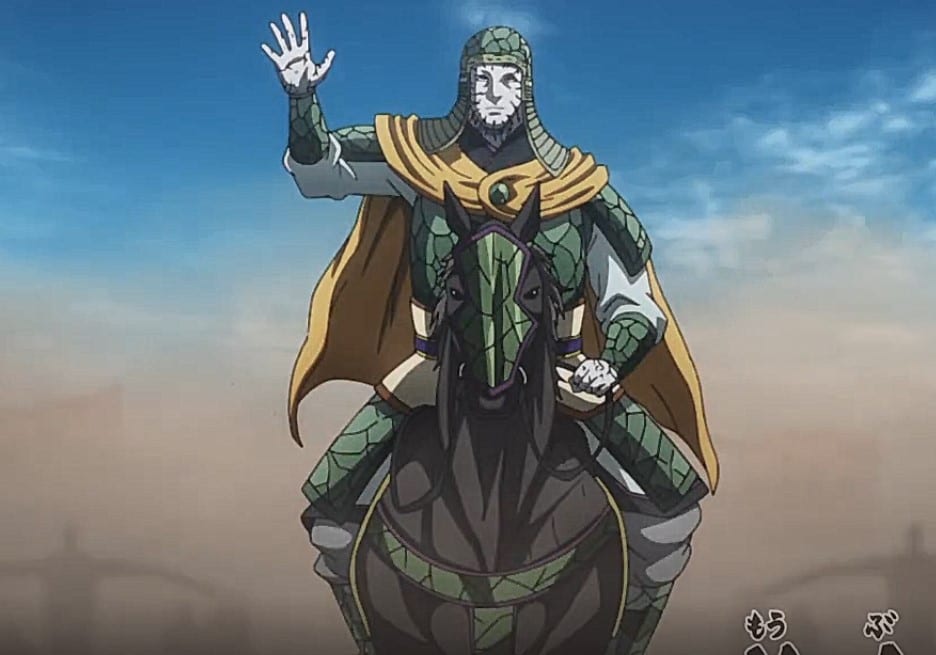 Han arrives at the entrance of Wei with his troops and raises his hand as a declaration of war. Han’s army fires smoke screen Wei’s castle, and Wei’s warriors are surprised. The Wei warriours cover the mouth and nose to prevent falling asleep after inhaling the smoke. The smoke vanishes, and nothing happens which surprises the Wei warriors. The Wei warriors wonder why Han’s army attacked them with the smokescreen that didn’t affect them. They decided that they have to evacuate before Han and his men attack them again.

But Han smiles and told his troops that they are falling back to the main camp’s position. Han comments that the beginning and the actual show are still to come. The warriors at the front line think that Han is crazy with his army since they came and put on an incomplete presentation. The guy wonders why Han’s army is leaving without putting on a fight. Wu Yi Hu comments that he doesn’t understand. The higher-ups wonder what is going on, and they ask Boss if he has clues. Boss looks away, thinking if Han has some other secrets plans.

Meanwhile, at Shanai, Land of Zhao, a samurai and his assistance arrives, and the lady samurai is Qiang Lei. Lei comments that she is almost there since she has come this far. But Lei realizes that she has traveled a long journey without eating. So she heads to an eating restaurant where they offer her rice porridge with chicken. The restaurant got filled with men who are making noise praising the food. The guy sitting near Lei talked about a coalition army in a battle at Hangu Pass for 14 days.

Lei heard the guy, and she is surprised why the war is taking 14 days without a defeat or win from both armies. The second guy comments that spending 14 days fighting is a great experience. He also said Hangu Pass fell most gloriously. Lei seems affected by what the guys are talking about, and she looks down, wondering about something. That guy surprised Lei by saying that Huang took Xianyang with an all-out slaughter that would put Changping to shame.

Lei stood up; the third guy remarks that nothing is true since everything is a rumor made up. The other man sitting near Lei asks about the updates of the battle. One of the brutal hunks reveals that he heard his cousin in the army saying lots of ups and downs. The second guy wonders if the military is thinking about retreating. The hunk replies that he heard that the coalition army is doing that on purpose. But the Qin army is fighting strong, and if Qin loses, they will lose the country. 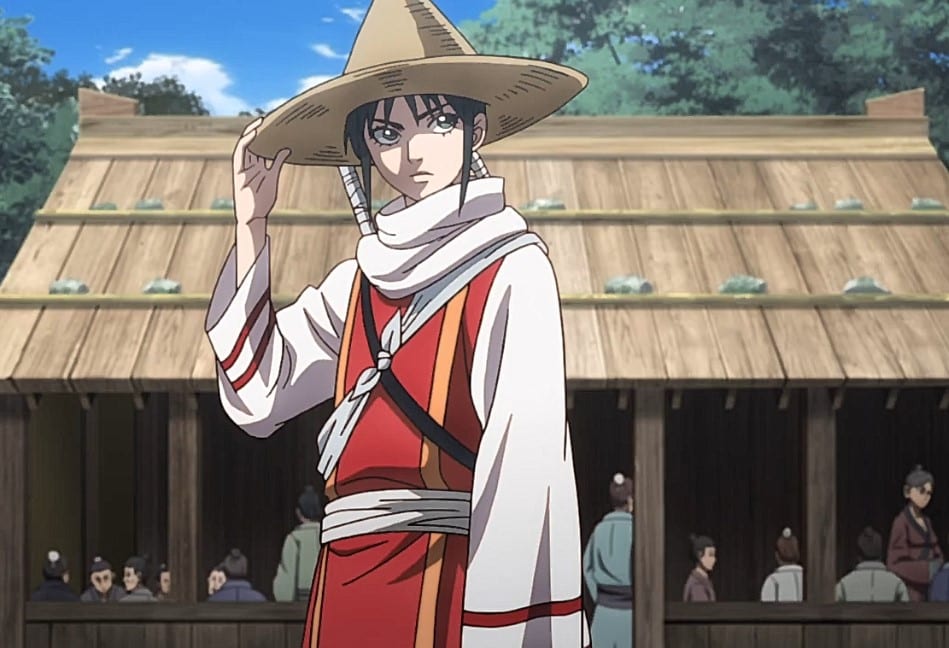 Lei realizes it means the victory of the battle determines Qin country’s fate. Meanwhile, at war Qin and Zhao are in a war. Shin got his arm stabbed with an arrow, but he continues to advance to the front line. Although Zhao, Qin, and Fei have clashed, Shi’s men open the path by killing the enemies for Shin to make his way to the front line. At Xianyang castle, the high-ups talked about the battle. Xianyang comments that he doesn’t understand why the coalition army wants a drawn-out war.

They talked about how the battle continues and the kingdoms involved in the fight: Yan, Zhao, Wei, Han, Chu, Qin, and Qi. They realize that the threat of the defector Qi is at their backs with their massive armies deployed outside their borders, and their respective rulers are uneasy. Most of the kingdoms are aiming to take down Qin. The higher-ups try to analyze the battle and come out with a strategy to counterattack their enemies.