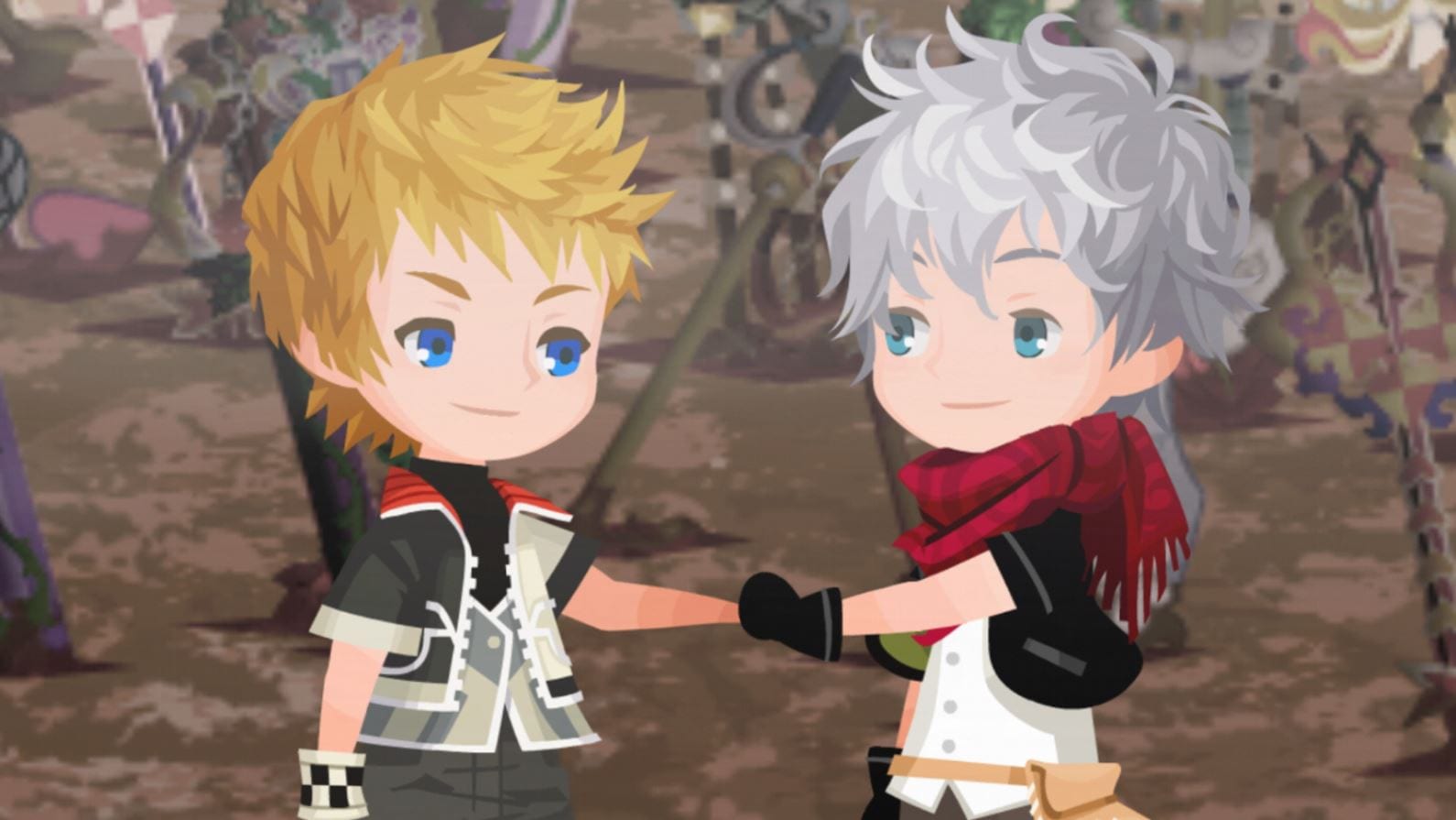 The final update to the game is said to have a total of 40 minutes of cutscenes. All of this will depict the final storyline of the game while being divided into two parts. These cutscenes will also be available to watch later on Theatre Mode. We are to finally say our goodbyes to the main characters, Ephemer, Skuld, and Ventus. The final update was made available to the Japanese servers back on 31st May 2021, while the release date for the same hasn’t yet been announced for the Global servers. And according to the announcements, the servers for Kingdom Hearts will run until 29th June. After this, the game will only be available to play offline with the theatre mode. This will technically be the ending to Kingdom Hearts Union X while allowing the players to play out their own ending in due time. 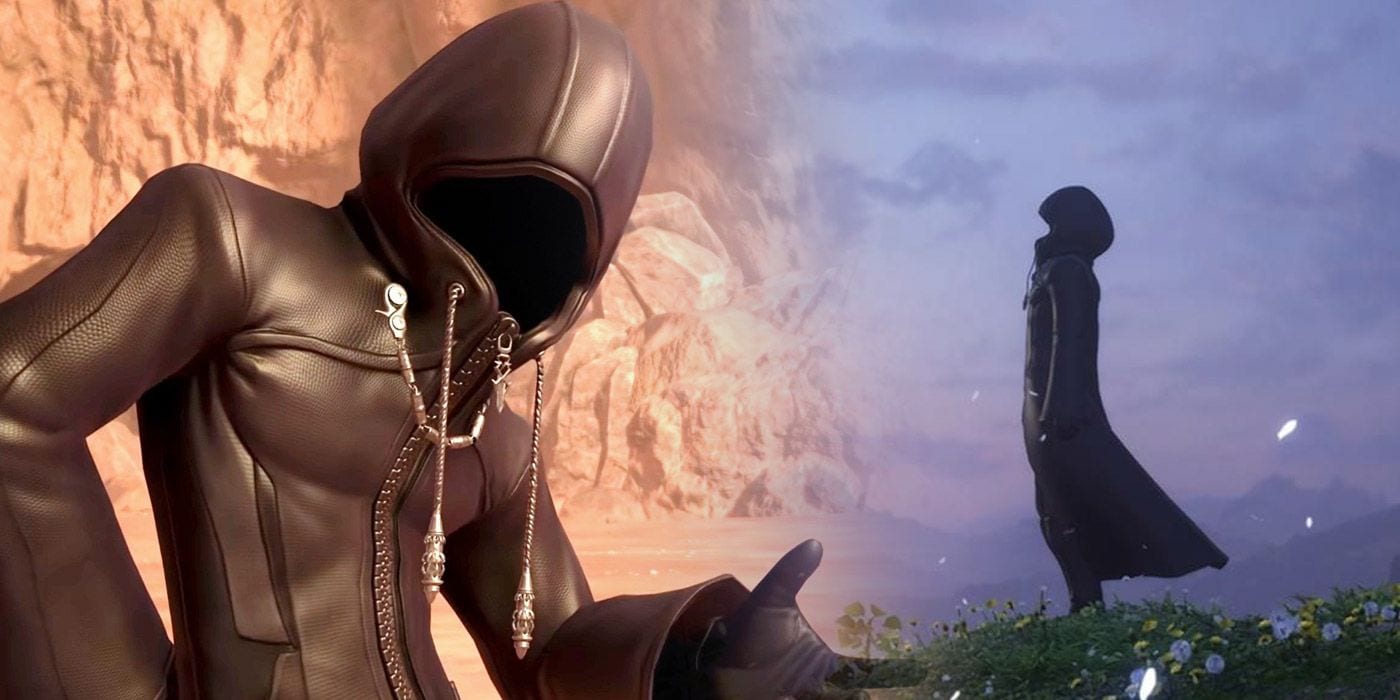 The final update begins with a flashback where the Master advises Luxu, the traitor, for the battle against darkness. Master believes that the world is about to end nevertheless, he has trained them to defeat darkness. They were not just mere vessels, but we’re more than capable of taking them on. Darkness doesn’t really have a physical form, but instead, it takes on 13 forms. Out of these, 7 of them are very strong to be taken in by their Hearts. Meanwhile, out of the rest 6, 5 are to be taken in by the Union Leaders while the final one will remain in the world. While the future does seem bleak, the master wasn’t planning on giving up or sacrificing himself.

Elsewhere, in the real world, Elrena and Brain were planning on saving every Dandelion, but it wasn’t possible. Instead, they must aim at the prominent three. Brain asks Elrena to enter a pod as he aims to bring back Ephermer and the others. While Laurium was concerned about Elrena, she was the only capable Union Leader who could travel outside the world. Doing so should have to bring others back in time. The time and destination of the travel weren’t confirmed, but the waypoint was their own Hearts. So, Laurium and Elrena go inside their pods, hoping to see one another on the other side. 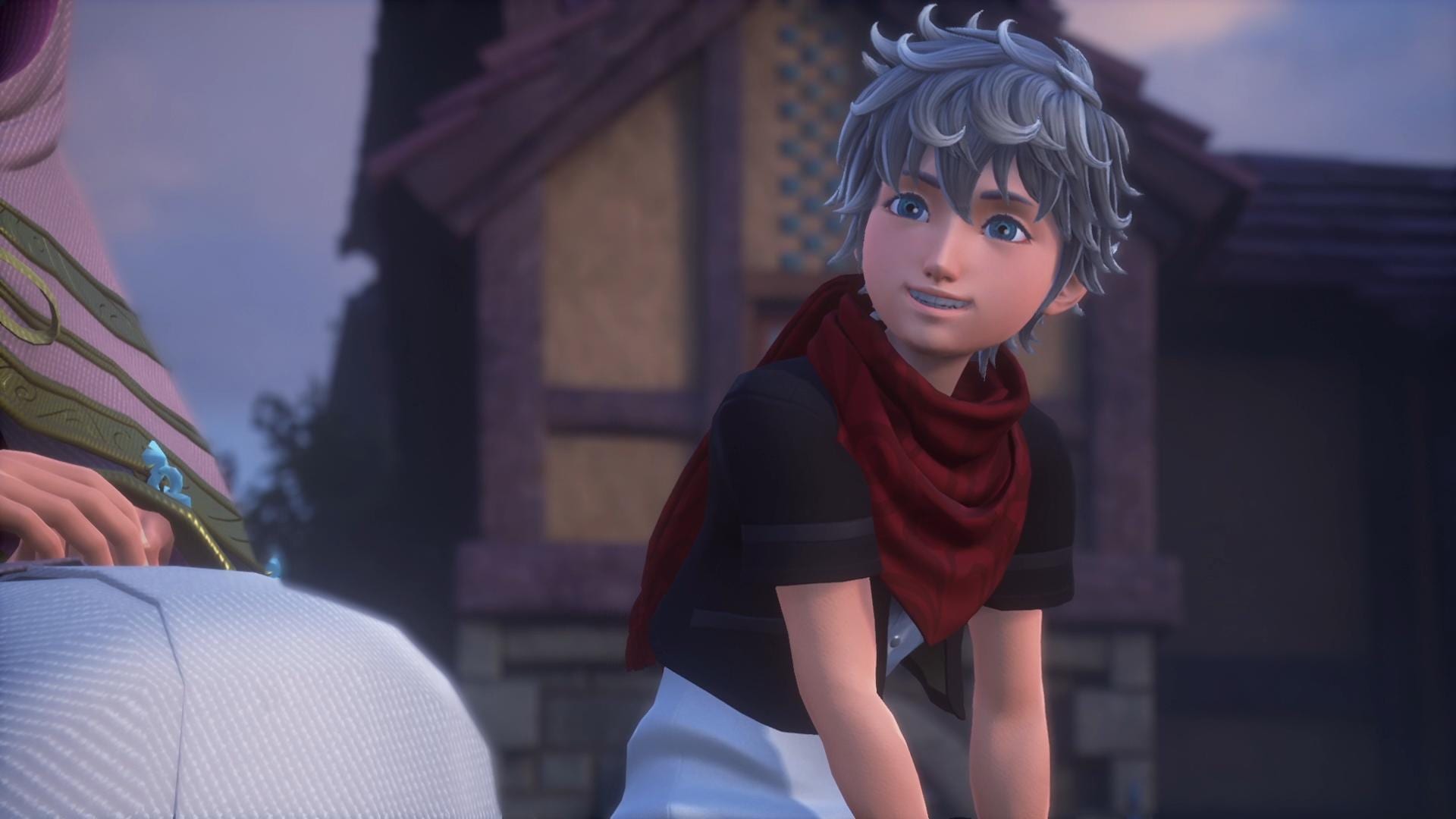 All this time, back in the Data World, the player along with Skuld, and Ephemer are waiting for Brain to make his move. But, just then, four versions of Darkness appear before them as the player, Skuld, and Ephemer summons their Keyblades. The three try to attack Darkness, but their blades simply pass through. So, Ephemer asks the Player to jump into the arc if the situation gets too dicey. Here, the player looks reluctant as he lowers his blade to start attacking Ephemer. Everyone is shocked as Skuld even tries to stop him. Nevertheless, the player pushes him across the room, revealing that the darkness that had consumed the player had never left him.

Darkness within the player tells Ephemer how he was willing to let go of the player if they were to open the door. But the two refuse as both of them prepare to battle their comrade. The player is able to defeat the two warriors as he starts approaching Ephemer. He believes that they should have jumped into the arc, but Ephemer refuses. Just then, as the Player was about to strike the worn-down Ephemer, Ephemer sends out a beam through his sword. This beam forms a portal behind the player, causing the player as well as Darkness to be sucked into it. 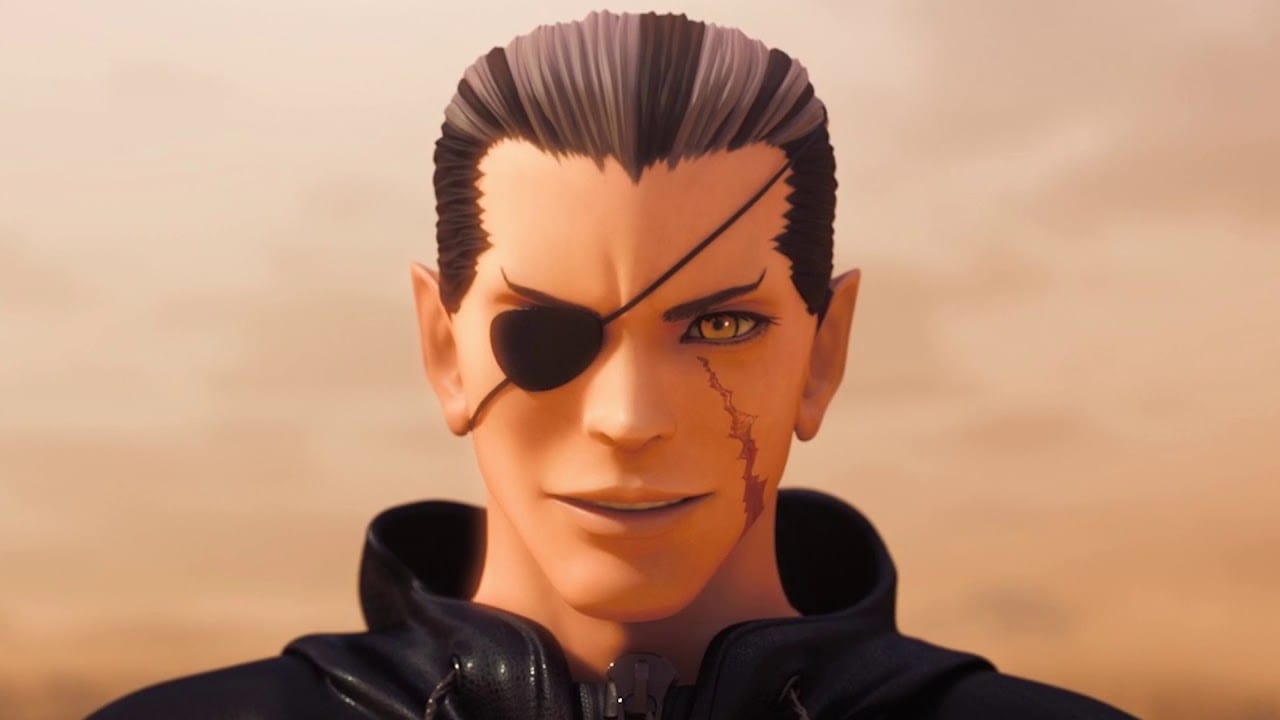 As the two pods go into the data world, a man in Blackcoat approaches Brain. This was Luxu, the disciple of Masters who had been present before the formation of Union Leaders. Luxu questions Brain about the various details persisting to the Union Leaders. He learns how only four of them are left while the other was struck down. One made it out of the data world while the other two were stuck with a Dandelion. Brain, who had chosen to stay back, was aiming to awaken every Dandelion from the Data World to their realm. He was told by Lady Ava how they would go to slumber if the world was consumed by Darkness. But then he was informed how that was not the case if darkness is consumed within the data world. Luxu then approaches Brain, praising him.

Ephemer carries Skuld back into her pod as he states towards the pod meant for the player. A moment later, he enters his own pod as the two leave the data worlds. Then the Darknesses start conversing with one another as they advise Darkness to leave the player as they could turn out to be a liability. Then, the player starts laughing as we learn that he was bluffing. The player learns how Darkness can’t pass through the world unless they have a physical form opening the doors for them. The player falls down as Chirithy arrives to comfort him. They embrace one another as we see light engulfing them. Meanwhile, Ephemer and Skuld return to the real world to find it in ruins. These two get back in their pods as they believe that they have lost their friend, Player. 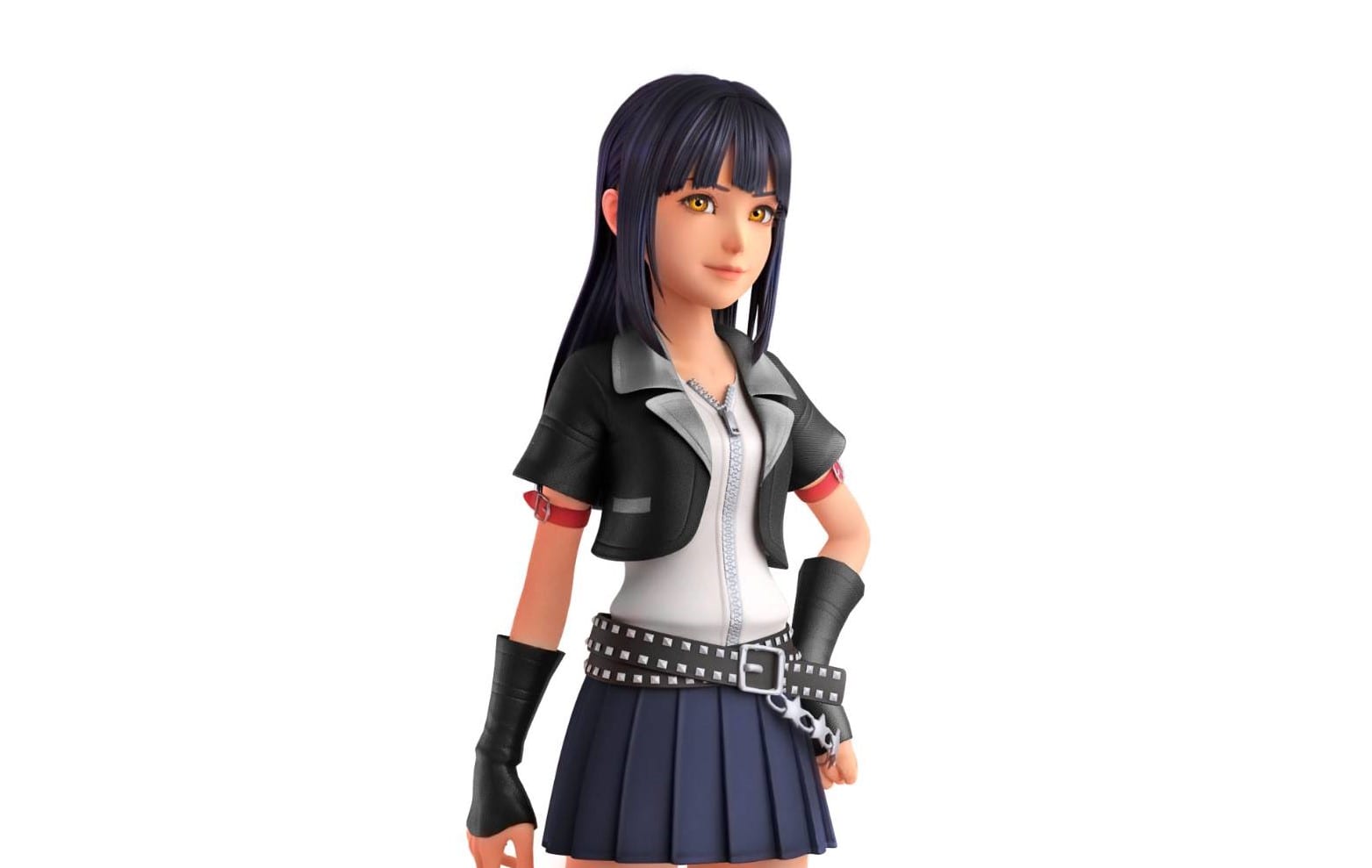 Continuation of the Flashback

Darkness tells the Master how despicable humans are as the things they would do were beyond comprehension. The master explains how the expansion of the universe was similar to one adding fairy tales to one another as each of them further expands the realm into infinity. He explains how no matter how many universes or realms they were to create, there was a lack of any reason. While light cannot reach each of the realms, darkness was ever-present and would always be everywhere, costing lives and lifetimes.

Darkness believes this was so because they were friends bug Master wanted his own space. He wishes to die at a place where neither light nor darkness could enter and control it. Master believes that the sole difference between humans and other living beings was that living beings believe that there is an afterlife. The darkness feels that this was a synonym for the data world. But, the Master insists that he was talking about a fictional world. Meanwhile, a data world is a place that can be imagined to be made real.

Also Read: No Man’s Sky: Prisms Update: What We Know

The End of Player 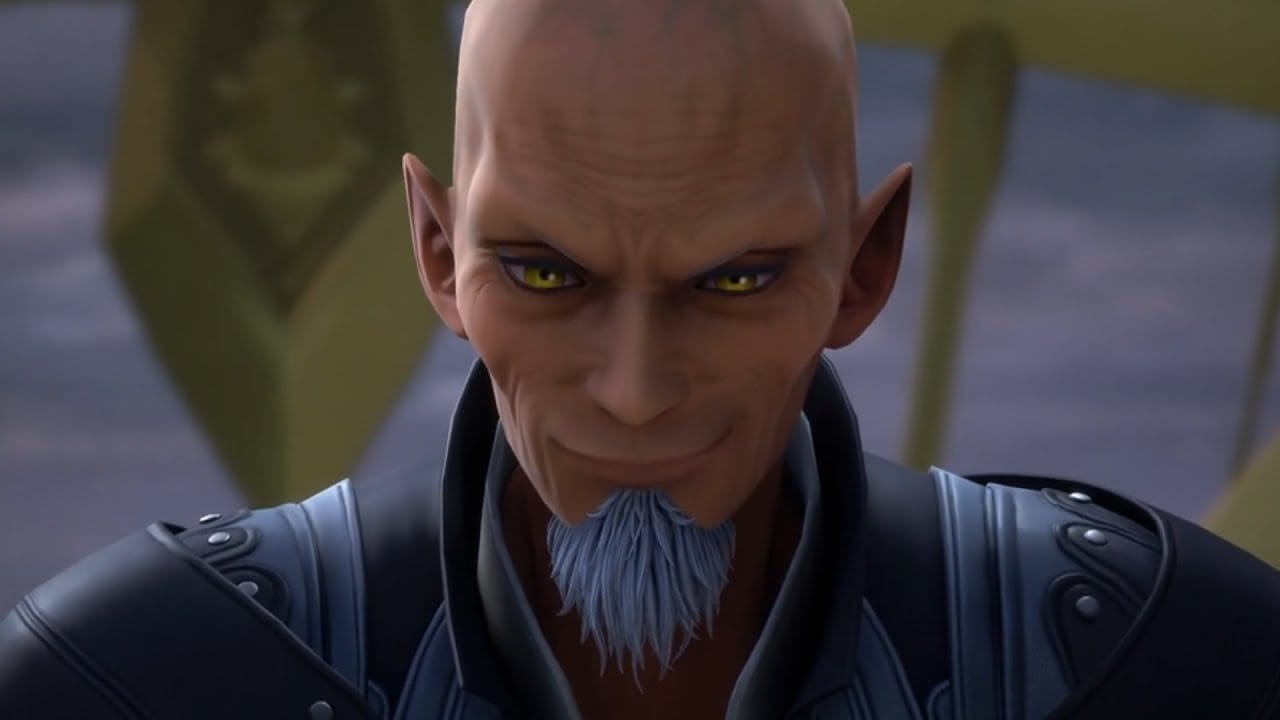 Player and Chirithy were engulfed in a white space as they were surrounded by other wielders. Chirithy holds one of them to form Dream Eaters, who are connected to the Keyblade Wielders. If one of them were to sleep, these Dream Eaters would protect them. It was completely up to the player if he wished to sleep. But if he refused to do so, he would join the Keyblade Wielders with a brand new heart. Here we see a connection to the other games as we witness the origin of Xehanort. A black-haired woman is seen giving a child to a cloaked figure. This baby later grew up to become Xehanort. Here we even see Xehanort’s arrival in Scala ad Caelum, and his time with Eraqus. The player mentions the continuity of the adventure as he embraces Chirithy once again to float away.

In the Ending of Kingdom Hearts Union X, we see various sets of events. Here, we see Luxu lifting up his hood to look exactly like Brain. This was a moment of revelation as Brain is transported to a city we saw earlier in the game. Here, he encounters Sigurd, who had been waiting for Brain to take him to the HQ. The Brain becomes anxious as he wants to look for his friends. But Sigurd begins to explain how Brain’s arrival to the city was foretold. Sigurd takes him to a fountain where we see a statue of the First Keyblade Master. He was the man who built the town of Scala Ad Caelum. Looking at it. Brain realizes that he was in the future, and he eventually becomes Luxu. While, he recognizes the First Keyblade Master to be his best friend, Ephemer.

Also Read: What Time Does Battlefield 6 Trailer Come Out – How To Watch?