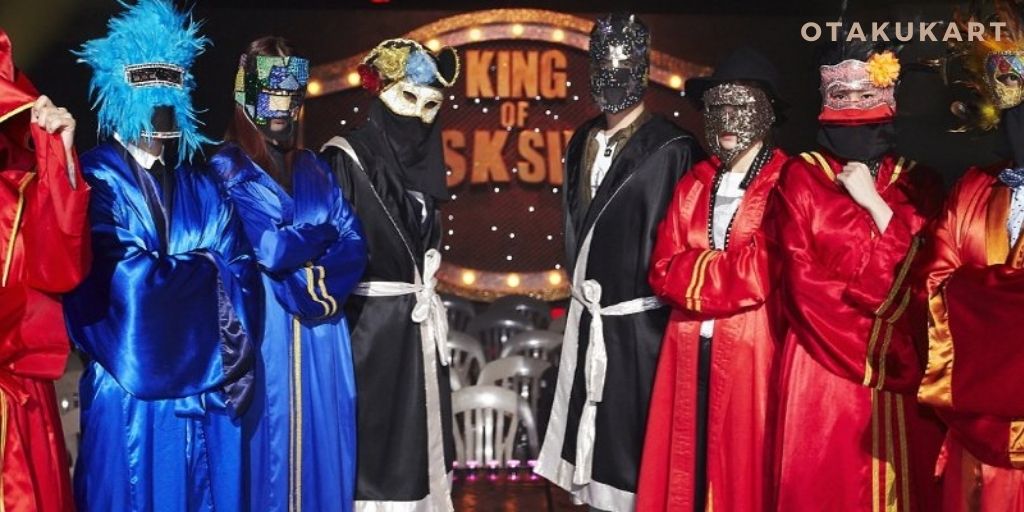 King of Mask Singer is soon going to release its Episode 342, where four of the contestants who passed the first round will enter. The episode will consist of a battle of the four contestants against the winter child in order to get to the throne of the Masked King. The South Korean series is a competitive show where individuals are judged solely on the basis of their voice. The real contestant’s face, as well as body language that could help recognize them, is completely hidden in this show. And the panelists spend their time analyzing who could be behind the mask. The competitor who gets eliminated reveals their face to the audience and the panelist.

In the previous episode of King of Mask Singer, we were shown many incredibly talented contestants who battled against each other to reach a little closer to the throne of the Winter Child. Winter Child has remained on the throne, despite competing against many talented singers. The eight contestants fought against each other, and only four were able to get to the next level where they could challenge the Winter Child. The series is extremely entertaining because of the competitors singing and the panelists who try to guess the contestant’s identity.

This episode began with the first duel between Oldboy and Fried dumpling. Both the contestants began with the song ‘The Flight’ by Yim Jae Beom. Fried dumpling had an amazingly sweet voice that made all listen to him carefully, while Oldboy has a rich and husky voice. The panelist found Oldboy’s voice as more like a professional singer than Fried Dumplings. While the result is calculated, the panelist received hints from an acquaintance of the contestants and tried to guess the contestants’ identities. As expected, Oldboy won, and Fried Dumpling’s identity was revealed as Yang Hui Seung, a basketball player.

The next competition for the throne was between Happy Ending and Poetic Justice. The two of them start with the song ‘Sweet Heart’ by SEENROOT. Happy Ending starts off the song in her sweet honey-like voice, which is smooth to hear, amazing the panelists. However, poetic justice keeps up with her, and she sings the song with her pure and gentle voice. The panelists spend their time guessing the identities by judging the contestants’ talent. The winner of this duo was revealed as Happy Ending and the identity of Poetic Justice was revealed as Kwon jin young, a comedian who got famous for her raincoat sibling act. 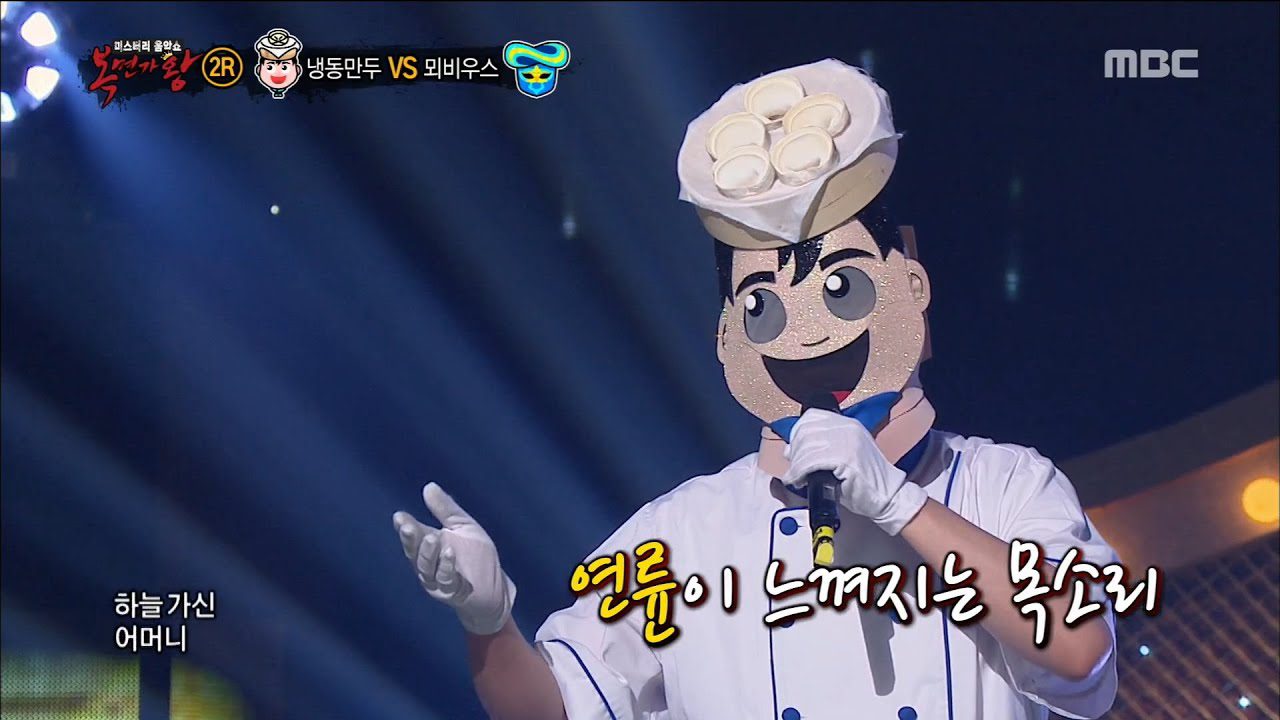 The next match was between Ddakji game and Yut game. Both of the contestants began their performance with a duet of the song ‘with love’ by Sunflower. Ddakji game sang the song as if he was extremely serious. His husky and simple voice made the song sound absolutely amazing. Yut game started the song in an angel-like voice and kept it constant till the end of the song. Her voice had an eternal depth to it. Yut game had won this round, and Ddakji game’s identity was revealed as Jonathan, the prince of congo and a rising star on variety shows. He sang the solo song beautifully, and the panelist was not able to hide their smile.

The last battle was between Playboy bother and Office worker dad. The contestants chose the song ‘A year gone by’ by WHEESUNG. Office worker dad amazes the panelist and the audience by his warm and soothing voice. He sang the song in a delicate manner. Meanwhile, playboy brother sings with every bit of emotion in him and makes the song sadder than it is. When the results are announced, panelists sit in anticipation as the one who guessed the contestants’ identity right gets to win a prize. The winner of this battle was office worker dad for his strong voice, while playboy brother’s identity was revealed as Baek Hyeong Hun, the member of Hpresso. 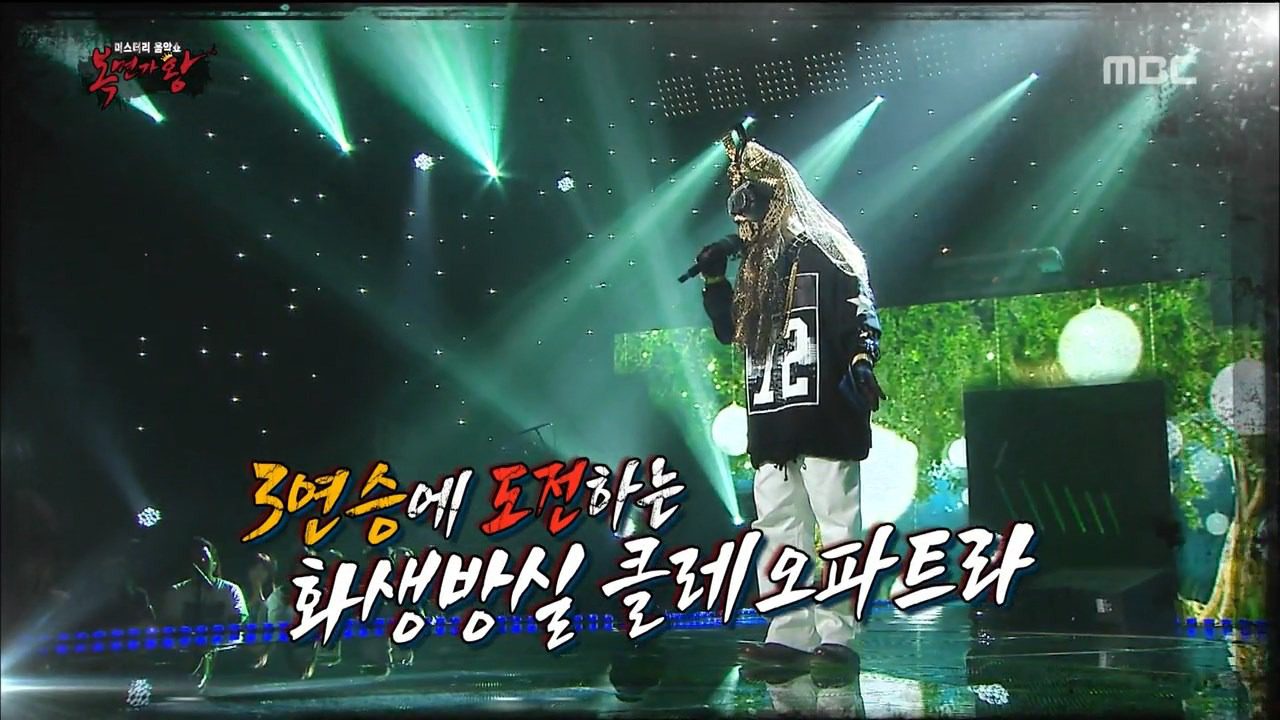 Still from King of Mask Singer

The King Of Mask Singer Episode 342 is set to be released on 30th January 2022 at 6:05 pm KST on the MBC channel. The previous episode of the music competition series revealed four talented contestants worthy of challenging the winter child.

Where To Watch ‘King Of The Mask Singer’ Episode 342? 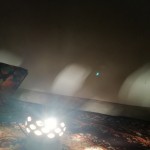