All the semi-finalist shows off their completely different charms. However, the final face-off between two queens leaves all panelists in awe due to their amazing singing techniques. 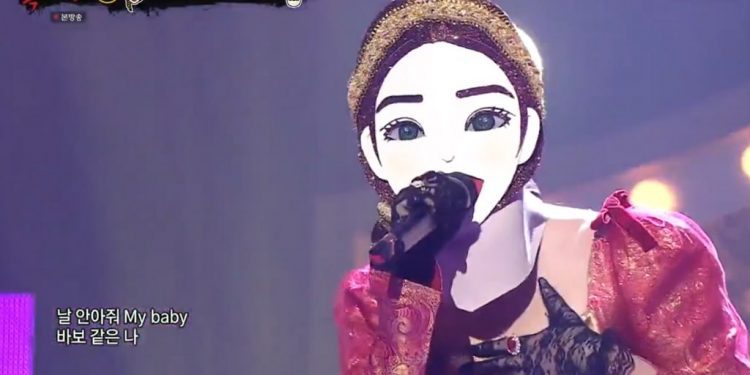 King of Mask Singer Episode 335 is releasing this weekend with a new battle! Now that the 166th generation battle has concluded, we are moving on to the next one. The latest episode has shown full of thrilling and heart-thumping moments. The masked singers have given diverse performances, charming everyone with their beautiful enchanting vocals. However, in the end, only one can sit on the throne of King of Mask Singer! Therefore, in Round 2 and Round 3, the semi-finalists have given their best shots, uplifting the whole ambiance of the studio!

The recent episode reveals the fierce singing battle between the four semi-finalists. All four contestants, Olivia Hussey, Fishcake Soup, Lovestruck, and Sunday Driver, have showcased their brilliant singing skills and techniques. Both matches of Round 2 have delivered two different atmospheres. During the first match, both singers go with bright, upbeat songs. Meanwhile, the second match gives off gentle vibes since both contestants sing the plaintive love songs, making panelists’ hearts throb in their sorrowful voices. However, the final battle gives a little twist, astonishing everyone and announcing the 166the generation winner! Therefore, the upcoming singing battle will be more challenging, introducing eight new fierce competitors in King of Mask Singer Episode 335!

Ep 335 of King of Mask Singer leads us closer towards the winner of the 166th generation! The episode takes everyone on memory lane with the semi-finalists’ enchanting melodies. Because of them, the panelists and everyone gets to hear two masterpieces, ‘Nocturne’ by Kim Yun A and ‘Because I Love You’ by Yoo Jae Ha. Lovestruck and Sunday Driver sing the melancholy love songs without any burden of the competition. Although the four masked singers make us forget about the singing battle, we goodbye some of them at one point. No one can escape from the elimination since the only one can battle against the masked queen Bear Paw.

Furthermore, the episode uncovers various well-known faces, such as the former member of ‘IZ ONE’ and the leader of ‘IVE,’ An Yu Jin (Olivia Hussey), the famous 90s college band ‘Five Fingers’ member Lim Hyun Soon (Fishcake Soup). The show also introduces the talented violinist and leader of ‘Super Band,’ Shin Ye Chan, also known as LUCY (Lovestruck). His excellent violin performance leaves all panelists in goosebumps. Then the time comes for the final battle between Bear Paw and Sunday Driver.

Both ladies show off their singing techniques, fascinating everyone with enchanting soulful melodies. However, the final result surprises all with Bear Paw conquering her throne, once again! She becomes the masked queen for the 166th generation, writing down the fourth consecutive victory in her name! Therefore, King of Mask Singer Episode 335 will be revealing new singing warriors for a new battle!

King of Mask Singer Episode 335 will be released on 12 December 2021 at 6.05 pm KST on the MBC channel. Finally, the masked queen ‘Bear Paw’ has conquered her throne, earning her fourth consecutive victory! However, will this continue in the next battle as well? Because in the upcoming episode, we will welcome eight new masked singers. This time, the show will bring the toughest participants, who will face off against the masked queen.

The previous of Ep 335 is already out! It seems the future masked singers will be challenging Bear Paw’s throne. Even the panelists are excited about meeting such talented, versatile singers on the stage of King of Mask Singer. The preview also reveals one of the contestants has won various singing auditions and contests. He has finally come on this fierce singing stage! Who could it be? Will he be able to withstand the extreme pressure of battle against the four consecutive victories masked queen? Get ready to meet the new eight masked singers who are coming to conquer the throne! Watch new episodes of King of Mask Singer every Sunday to find out the upcoming powerful contestants!

For domestic viewers, King of Mask Singer is broadcasting on the MBC network at 6.05 pm KST. Afterward, it will be available on Wavve, an online streaming platform accessible only in South Korea. As for the other countries, the episode will be out on the same day at 8.05 pm in Australia, 2.35 pm in India, 9.05 am in the UK, and 4.05 am in the USA. International viewers can watch it on Viki and Kocowa with English Subtitles.