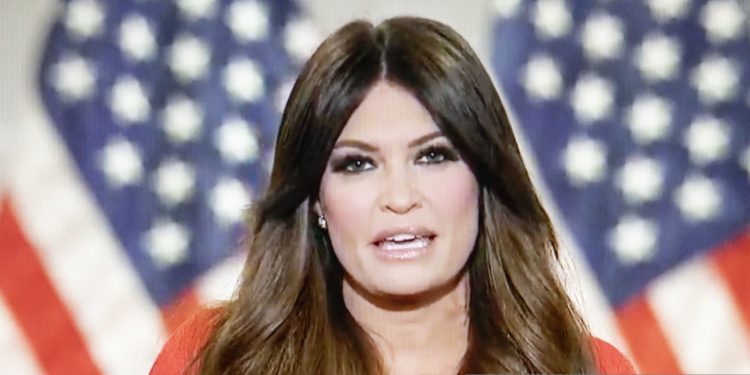 Kimberly Ann Guilfoyle is an American journalist who is currently one of the co-hosts of Fox News Channel’s news and conversation show “The Five.” She has also acted as a legal analyst on “Anderson Cooper 360°” and hosted the program “Both Sides” on Court TV. Recently Kimberly has been making news for her career and lifestyle. That is why we brought you this article which is dedicated to Kimberly Guilfoyle’s Net Worth. Guilfoyle worked as an attorney for a number of years before deciding to pursue a career in television following a successful legal career. She worked as a prosecuting attorney in San Francisco and Los Angeles before deciding to pursue television as a full-time career. She even spent four years as an assistant district attorney in San Francisco.

Guilfoyle rose to prominence after marrying popular California politician Gavin Newsom, owing to her husband’s huge media profile. In the mid-2000s, she began appearing on television specials and eventually left her law job to concentrate on her television appearances. In 2011, Guilfoyle was picked as a co-host for Fox News Channel’s “The Five,” news and chat show with a rotating panel that discusses current events, political issues, and pop culture, a position that garnered her a lot of recognition as a news personality. It was rumored in mid-2017 that Guilfoyle was being considered for the position of press secretary for President Donald Trump. The reports, however, were later rejected.

What Is Kimberly Guilfoyle’s Net Worth?

Kimberly Guilfoyle’s estimated net worth is about $25 million. She is an American attorney and cable news presenter who once paid $3.5 million for a three-bedroom apartment in Manhattan’s iconic Beresford skyscraper. In October 2020, she put this apartment on the market for just under $5 million. Until now, the multifaceted personality has contributed to her career as an author and attorney, including her well-known appearances on the prestigious network “FOX News.”

Kimberly has not only established herself in the celebrity spotlight as a result of her duty, but she has also amassed a sizable net worth that will serve her well in the coming years. Guilfoyle is also a member of the La Raza Lawyers Association and has done studies on children’s rights and European Economic Community law. She has even been awarded the title of “Prosecutor of the Month” for her efforts. We may argue that she has amassed a substantial amount of cash due to her efforts in producing a best-selling book, advising, and reporting and that this has caused her to live a luxury lifestyle.

Also Read: Amy Robach’s Net Worth: How Much The American Journalist Earns?

Kimberly Guilfoyle started her legal career as a prosecutor in San Francisco, but she was fired in 1996 for political reasons. As a result, Guilfoyle relocated to Los Angeles in search of greater opportunities. Guilfoyle served as a Deputy District Attorney for four years, prosecuting cases involving domestic abuse, kidnapping, robbery, arson, sexual assault, and homicide. She was a skilled lawyer who won numerous accolades in the Los Angeles District Attorney’s Office, including Prosecutor of the Month. In 2000, Guilfoyle was rehired as an Assistant District Attorney by the San Francisco District Attorney’s Office, where Kimberly worked for four years until 2004. In 2002, she and lead prosecutor James Hammer earned national attention for their work in the controversial People v. Noel and Knoller case, a second-degree murder trial involving a dog mauling.

Kimberly Guilfoyle, an attorney, began appearing on television shows requiring legal knowledge in 2004. Guilfoyle relocated to New York and began anchoring the court TV show “Both Sides.” She started working as a legal analyst on “Anderson Cooper 360°” at the same time. Guilfoyle joined Fox News Channel in 2006 as the host of “The Lineup,” a weekend show.

Despite the fact that the show was finally terminated, she continued to contribute to the network on a monthly basis. She’s appeared on “Hannity,” “On the Record,” “Justice with Judge Jeanine,” and “Fox and Friends” as a guest presenter over the years. Guilfoyle was chosen as a co-host of the famous news and conversation show “The Five” in 2011, and Kimberly continues to co-host the show as of 2017. In 2014, she began co-hosting “Outnumbered,” and until the show’s termination in 2017, she appeared regularly on “The O’Reilly Factor’s” recurring piece “Is it Legal?”

Kimberly Guilfoyle has received numerous honors, including one of the prestigious Los Angeles District Attorney’s Office’s Prosecutor of the Month award and also the City of San Francisco’s “Outstanding Woman of the Year” award. New York City presented her with a prestigious award, “Special Civil Rights Award,” in 2004. She was selected as USO Entertainer of the Year the following year. Guilfoyle is also a board member of the Gastro-Esophageal Cancer Foundation and a member of the American Bar Association’s advisory council.

Also Read: Andrew Shue’s Net Worth: How Much Does The American Actor Make?