Kim Woo-bin is a popular South Korean actor and model best known for his roles in films such as The Con Artists and Twenty. 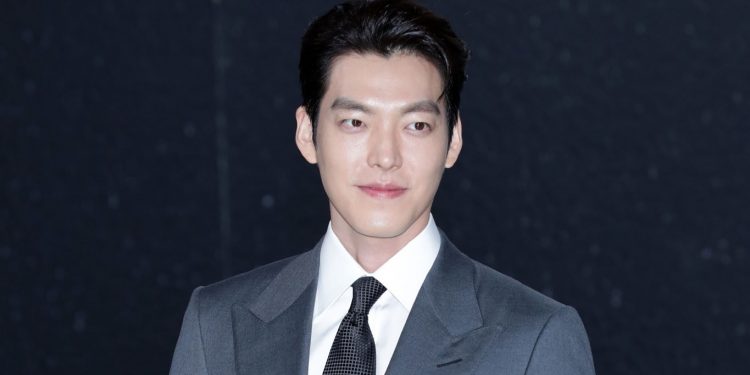 Lately, the popularity of Kim Woo Bin has been rising all over the internet, resulting in fans being eager to know about Kim Woo Bin Girlfriend. Kim Woo-bin is a popular South Korean actor and model best known for his roles in films such as The Con Artists and Twenty. Kim grew up in Seoul and always wanted to be a model. He was tall and handsome, which allowed him to take on several modelling roles early in his career, and when he started taking acting classes, he fell in love with it and made his acting debut in 2011 with the mysterious drama White Christmas; after that, there was Nothing to look back for Kim, and he earned many roles after that making him one of the best stars of this generation.

He started his career in “A Gentleman’s Dignity” and “To The Beautiful You” and later took part in “School 2013”, a teen drama for which he won an APAN Star Award for his performance. Kim continued his great success with “The Heirs”, a television drama that made him famous in Korea and neighbouring countries. He recently starred in the film Master, which was a huge hit. In 2017, Kim’s career seemed on the perfect track when a cancer tragedy hit him. In May 2017, Kim was diagnosed with nasopharyngeal cancer, a rare form of the disease, and his agency said Kim was being treated for the disease. He took a break from acting to maintain his health.

Who is Kim Woo Bin Girlfriend? The model from the Twenties, Kim Woo Bin, is in a relationship with his girlfriend Shin Min Ah, who is a South Korean model and actress. The couple reportedly started dating in 2015. The lovebirds spent a long time together. Even though they have been in a relationship for more than six years, the couple is still enjoying their romance as a lovebird without any controversy. Instead, there are rumours that the couple will soon be engaged. Kim Woo-bin and Shin-min have been together since participating in the Giordano campaign. While the pair indeed share lots of exciting moments, from sending a food truck to huddled together in interviews, things don’t always go smoothly for the lovebirds.

They are currently filming their first K-drama called Our Blues, which was created by famous writer Noh Hee-Kyung. False rumours are now circulating on the internet about Shin Min Ah and Kim Woo-bin breaking up, but the couple is still strong. Early in his career, Kim started dating model Yoo Ji-Ahn. The two went public in 2011 and ended their relationship in 2014. They are now good friends. Kim was constantly monitored throughout their relationship. When he started dating Yoo, he was criticized after his Balmain sweater – which was given to him by a fan – was featured in one of his Instagram photos on Yoo.

Kim Woo-bin was welcomed to the beautiful world on July 16, 1989, in Seoul, South Korea, to upper-middle-class parents. He was a normal kid, playing with his siblings at his house, interested in extracurricular activities and rather average in his studies. His tall stature and handsome face became one of the reasons he was interested in becoming a model, partly because of pressure from his parents and friends. He worked on his body during high school and started modelling himself in high school. He wasn’t very interested in acting at the time, but he was almost sure that acting follows a modelling career.

At the age of 20, he began appearing as a model at the ramp, and when he appeared on the ramp for some of the most famous designers, he received offers for television commercials that rained down. There he achieved moderate success, but the directors and producers were not very happy with his acting skills. Disappointed, Kim determined to study acting and found his acting teacher in Moon Won-Joo.

Grand Bell Award winner Kim Woo Bin has an estimated net worth of around $2 million. He makes money from his professional career as a model and actor and is one of the most successful and wealthiest models in the fashion world. Kim became famous for his work in television series, films, and fashion shows. He is a hard-working person, so given his hard work and dedication, we can assume that his fortune will surely grow in the future.

In addition, Kim has raised some money through several trademark licensing deals, commercials, TV commercials, and so on. Currently, Kim lives a lavish and luxurious lifestyle with his family members. Handsome model Kim Woo is active on social media profiles. As a model and actor, he has a huge fan following on his social media accounts Twitter, Facebook and Instagram.