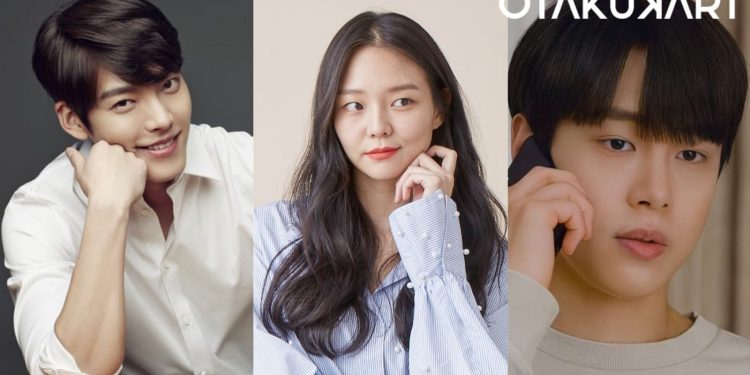 Kim Woo Bin, Esom, and Kang You Seok will be seen in a new dystopian drama, Delivery Knight. It will be another drama based on webtoon coming out later this year. In July, it was reported that Kim Woo Bin would return to the small screen after 5 years of hiatus. His agency has now confirmed his new project. Also, Esom and Kang You Seok will join him in leading roles in Delivery Knight.

The upcoming Netflix drama is based on the webtoon of the same name and will take place in 2071. Set in a world where pollution is so severe that people cannot function without respirators. The drama will focus on the life of a delivery knight 5-8, who are refugees’ only hope to survive. As Korea undergoes desertification, only 1 percent of humanity has stratified, and delivery knights come to rescue the helpless.

Kim Woo Bin, Esom, and Kang You Seok are confirmed to star in Netflix’s new Kdrama, Delivery Knight. With his grand return, Woo-bin will take on the role of the legendary delivery knight, 5-8. The actor is known for his tremendous acting in projects like Uncontrollably Fond, The Heirs, School, Twenty, and more.

Also, he will be reuniting with Esom, whom he worked with, in White Christmas in 2011.

Kang You Seok will play the refugee, Sa Wol, who is envious of the delivery knight 5-8. He is determined to become a delivery Knight himself. You Seok is known for his roles in Start-Up, Once Again, Light On Me, and others.

Esom is taking on the role of Seol Ah, a guardian looking over Sa Wol, and also a major in military intelligence. The actress was recently seen in Taxi Driver and is known for Inseperable Bros, Save Me 2, Because This Is My First Life, etc.