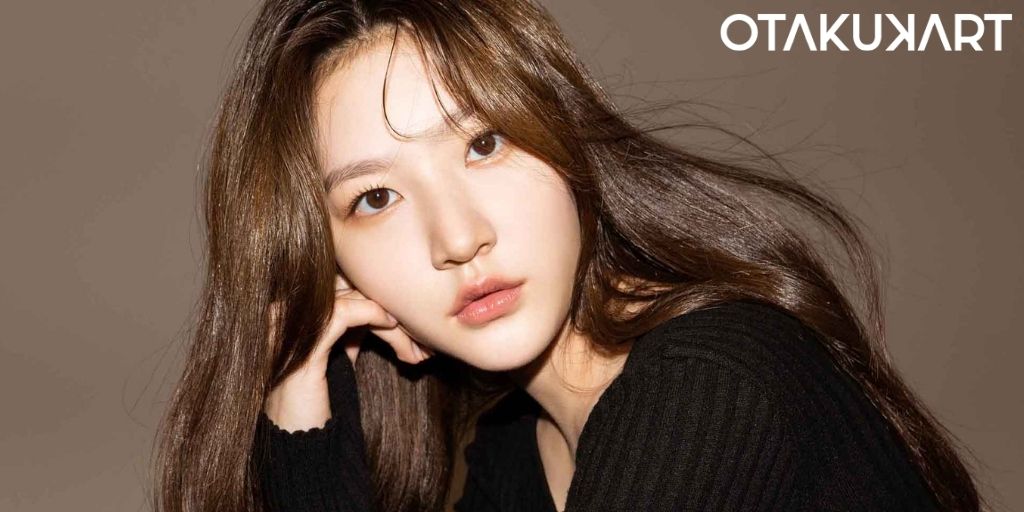 Any news about misconducts from Korean entertainment industry are rare events but today is just the day I report one. On Wednesday, 18 May 2022, Seoul Police received reports of an unsteady vehicle driving by. The car eventually crashed into public property and police came at the scene. It is was revealed that the driver was driver was driving under the influence of alcohol (DUI). The driver has been revealed to be Korean actress Kim Sae Ron.

The 21 year old actress, who is known for her good work in dramas, has been embroiled in a controversy for the first time. Many a times, we have seen actors and K-Pop idols get involved in such scandals, and it takes a brunt on their career. Sometime back in 2020, BTS’s Jungkook was also involved in a small car accident. Although further investigations proved it happened because of someone else’s negligence, he was just following the rules himself. Similarly, many actors’ name surfaces in bullying incidents which might be from their past, but are grave nonetheless. Such incidents take the artists’ credibility away. Kim Sae Ron’s drunk driving incident is having similar repercussions too.

What is the whole incident?

On May 18th, the Gangnam police station was receiving reports about a car dwindling and unsteadily moving in the Cheongsam district of Gangnam, Seoul. Police arrived at the scene and booked actress Kim Sae-ron under charges of violating Traffic Act. She was driving under the influence of alcohol, and this was verified through breath analyser. Apparently she hit a guard rail, ran into a transformer box, and hit her car to a tree. 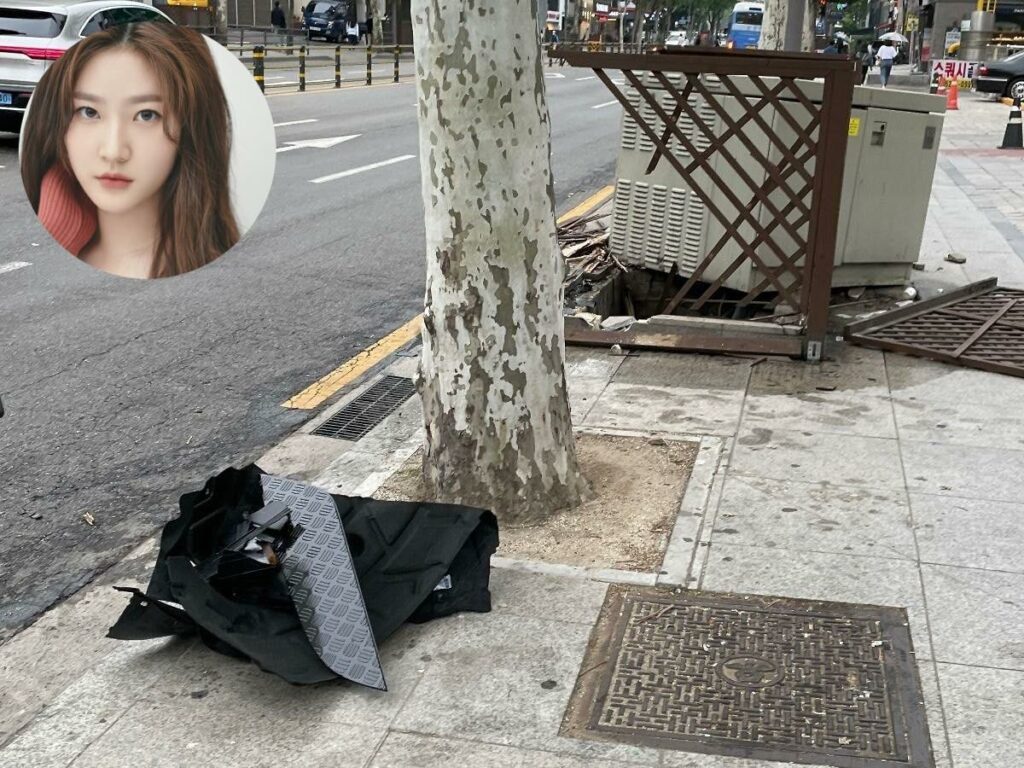 Picture from the scene

Her management company Gold Medalist has also issued an apology and explanation on behalf of Kim Sae Ron. The company issued a statement asserting that Kim Sae Ron is reflecting on her mistakes. She is also further apologising to everyone whom she has caused this trouble to. She understands the inconvenience that people are going through to get damaged public facilities restored. Further, she has promised to do her best to alleviate the damage that has been caused because of her. The company goes ahead to say that they feel they are partially responsible for the incident too. They should’ve taken better care.

The actress herself has posted a handwritten apology on her Instagram account. She is seen apologising for her reckless behaviour. Her letter is an apology to all the restoration workers, and any businesses nearby that have been affected because of the accident. Additionally, she also apologises to all the actors and staff and maker of any of her upcoming projects and is sorry for causing any concern. She ends the note with the resolute to reflect on this “disgraceful” incident of her, with a promise of never causing such a problem again in the future. 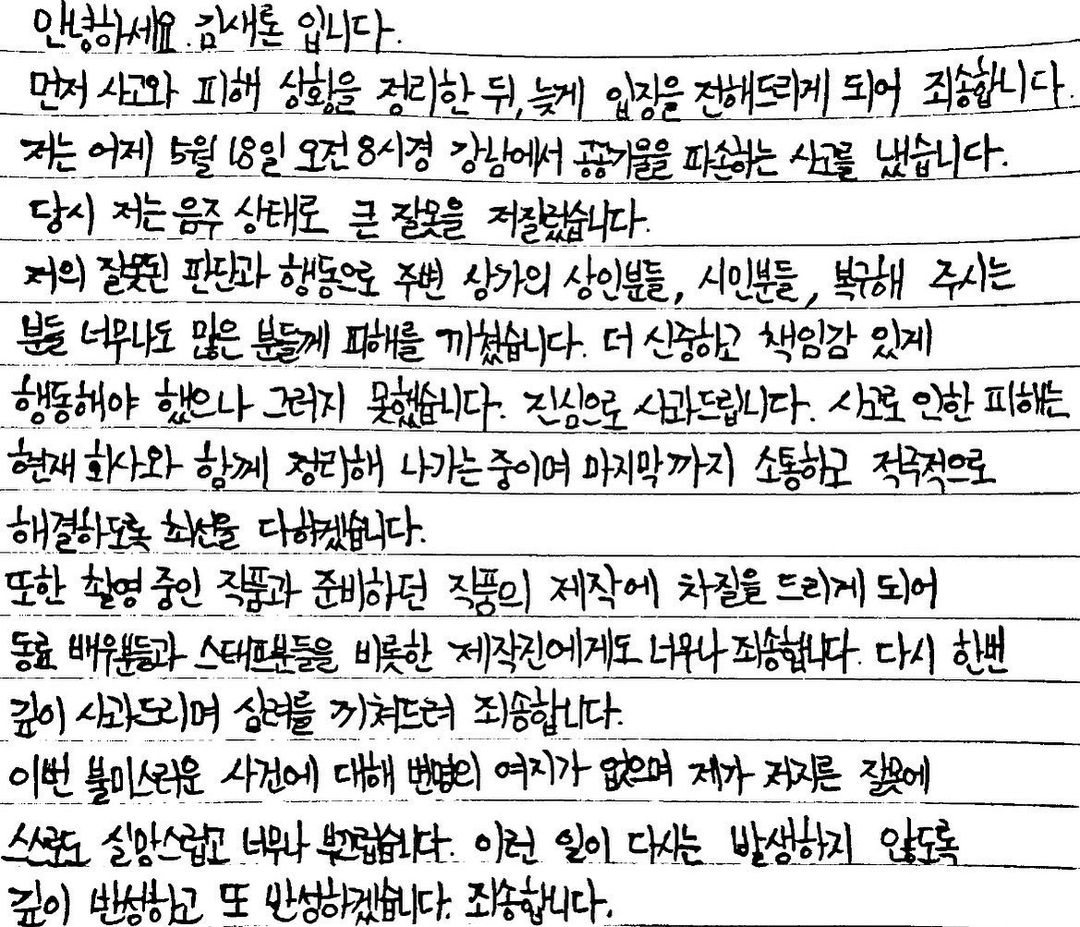 As a part of the damage control, the makers of upcoming drama “Trolley” have decided to remove Kim Sae Ron from the project. The makers are currently looking for a new actor to replace her. The Korean entertainment industry is very strict about such events. Plus, drunk driving is a serious offence. It puts others and even the person who is inebriated at risk. Thankfully, here it was a minor collision, but it can prove fatal at times.

Who is Kim Sae Ron?

You must be curious as to who is Kim Sae Ron after all. Kim Sae Ron began her career as a child artist in the film industry. She gained much popularity through films like “A Brand New Life”, “The Man From Nowhere” and “A Girl at my Door”.

Furthermore, her work was recognised in dramas like “Hi!School love on”. But she got her first leading role in 2016 drama “Secret Healer”. It is an interesting fact that she is an alumni of prestigious School of Performing Arts, Seoul (SOPA). She was also an artist under YG Entertainment for a while, before joining Gold Medalist. Her most recent work includes “Excellent Shaman Ga Doo-shim”. 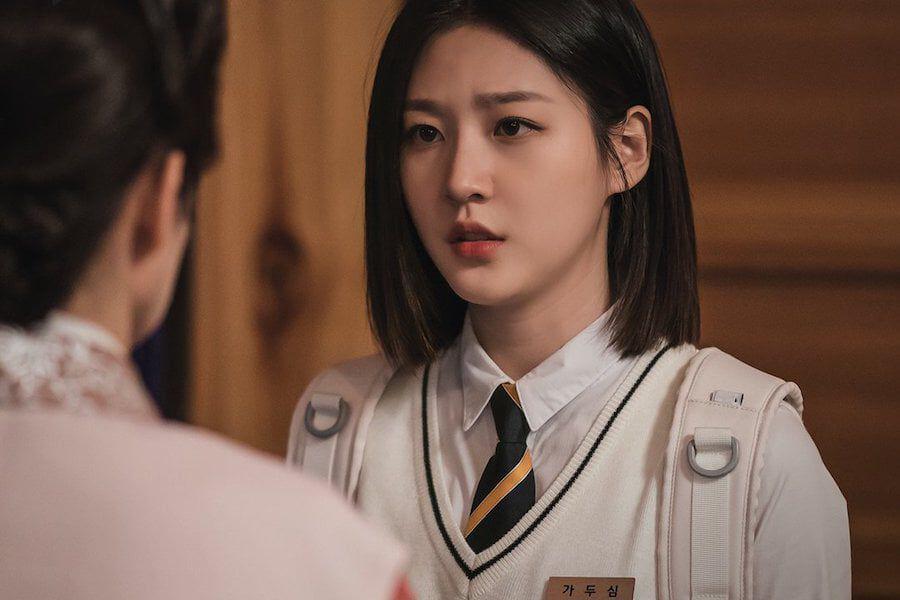