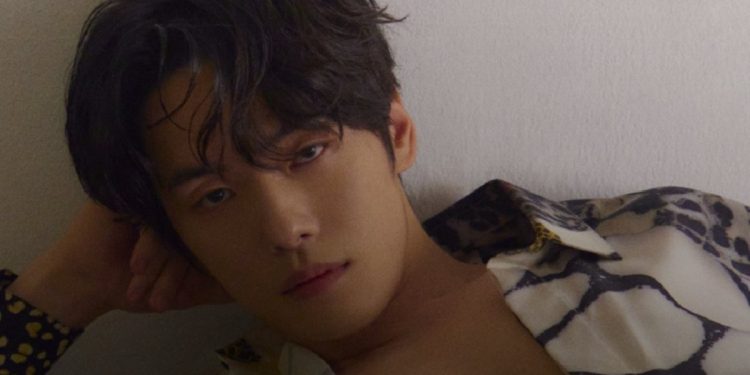 Kim Jung Hyun has become a huge name in the South Korean entertainment industry and the actor’s dating life has been in constant attention. The actor made his debut through an indie film and now has more than three globally successful k-dramas to his name. While the actor has always been very private about his love affairs. He let his love life affect him so much that it almost cost him his acting career. As he is on his way to revive his career with a recent massive hit with a new entertainment agency. The questions about who Kim Jung Hyun’s girlfriend are still trending on the internet.

Life hasn’t been fair to Kim Jung Hyun as that actor went through a really toxic relationship during the peak of his career. It was a shock when the controversial media outlet Dispatch went on to out his relationship with former girlfriend Seo Ye Ji last year. The relationship that caused him to drop out and take a break from the world. But now that Kim Jung Hyun is back, he’s doing much better and making most of the opportunities in front of him.

Who Is Kim Jung Hyun’s Girlfriend?

Currently, Kim Jung Hyun does not have a girlfriend in the public eye. It is no doubt that Kim Jung Hyun has been rumored to date some people. As the actor was in news to join the new agency. The rumor about Kim Jung Hyun dating his ‘Crash Landing On You’ co-star Seo Ji Hye rose up quickly. As Seo Ji Hye suggested to him the agency she is managed by, the dating rumors were all over the internet. But the actress went on to deny all the rumors. Agreeing that the actors did get close with each other on the set. But they only have platonic friendships and are like siblings. In the pictures released by Dispatch, the reports suggested that both actors spent their birthdays together.

What Went Down Between Kim Jung Hyun and Seo Hye Ji?

Things went down at the time Kim Jung Hyun was in mid-production of the k-drama ‘Time’. The actor was reportedly rude to his co-star Seohyun and the production team. Asking the writers to reduce the kinship scenes. Jung Hyun refused to make eye contact with Seohyun let alone hold hands for the sake of filming. As Kim Jung Hyun left the drama with four episodes left behind. The reason behind his departure was said his mental health. But recently Jung Hyun’s representatives revealed that the reason behind this was a woman. Later on, Dispatch went on to release that it was ‘It’s Okay To Be Not Okay’ star Seo Ye Ji behind the departure and deteriorating mental health of the actor.

The media outlet went on to release the original script of the k-drama ‘Time’. Pointing out the changes Kim Jung Hyun asked to make in the script. Releasing the texts between Seo Ye Ji and Kim Jung Hyun, it was revealed that it was Seo Ye Ji who asked him to take all the skinship and romantic scenes out from the script. She even told him that only she can hold his hand and nobody else should touch him. And even told him to not greet the staff and stay stern. Due to Kim Jung Hyun’s stern behavior and his feeling uncomfortable with filming these scenes, Seohyun even cried a few times. Seo Ye Ji’s agency released a statement saying that the actors should act of their own free will. And went on to dismiss all the accusations from the actress.

Where Are The Actors Now?