Kim Ji Suk appears as a confident and charming man in the new still of Monthly House, and this is the topic we will be dealing with today. As we already know, Kim Ji Suk is all ready to feature in the upcoming JTBC drama Monthly home or also popularly known as Monthly Magazine Home. So much recently, the production team of the drama shared these sneak peek stills from Kim Ji Suk’s upcoming character in the drama. The drama has been a much talked about the topic recently, and every other day, we get to hear something or the other new topics about the drama. Until now, two teasers of the drama have been released so far. A few days before character posters of the three main leads were also shared. And we have already also seen Jung So Min’s character look from the upcoming drama.

So, today we are going to focus on Kim Ji Suk’s character and on his upcoming role in the drama. Monthly House is also known as Monthly Magazine Home and is one of the most anticipated dramas in current time. The drama is all set to feature on our screens very soon, on 16th June 2021. The very first look of the drama was announced via a teaser poster on 27th April 2021. The upcoming drama will have a total of 16 episodes and will air on the original network  JTBC. The drama will go off the air on 5th August 2021 and will air twice every week on Wednesday and Thursday. The duration of each episode has been estimated to be somewhere around 1hr 10min. Since the drama has been confirmed for filming, we have been getting updates on the same.

Kim Ji Suk appears as a confident and charming man in the new still of Monthly House. 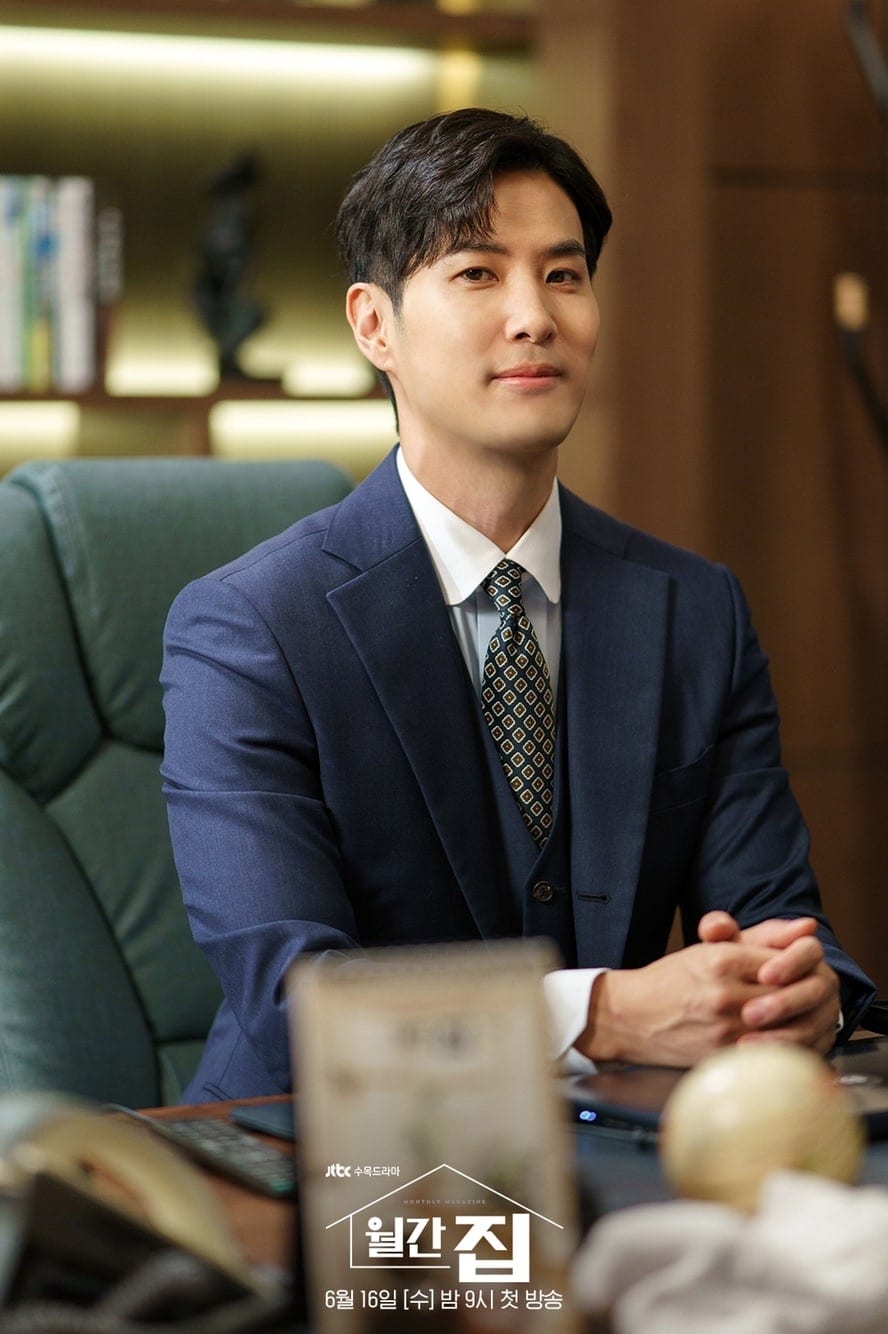 The upcoming drama monthly house is also popularly known by many names such as monthly home, monthly house, and Wolgan. Monthly House will have a total of three main characters. And the overall plot will revolve around the lives of these three characters. Kim Ji Suk has been cast in the drama for the role of Yoo Ja Sung. He is a CEO of a real estate investment company. And also of a monthly magazine company. He has seen many struggles in his life and has now become successful after many struggles. He is the CEO and believes in his mind more than his heart. To him, the houses are now just a means of his income, and he thinks of them as a good investment. Since he grew up poor and now he thinks real estate is the only way to become rich quickly. 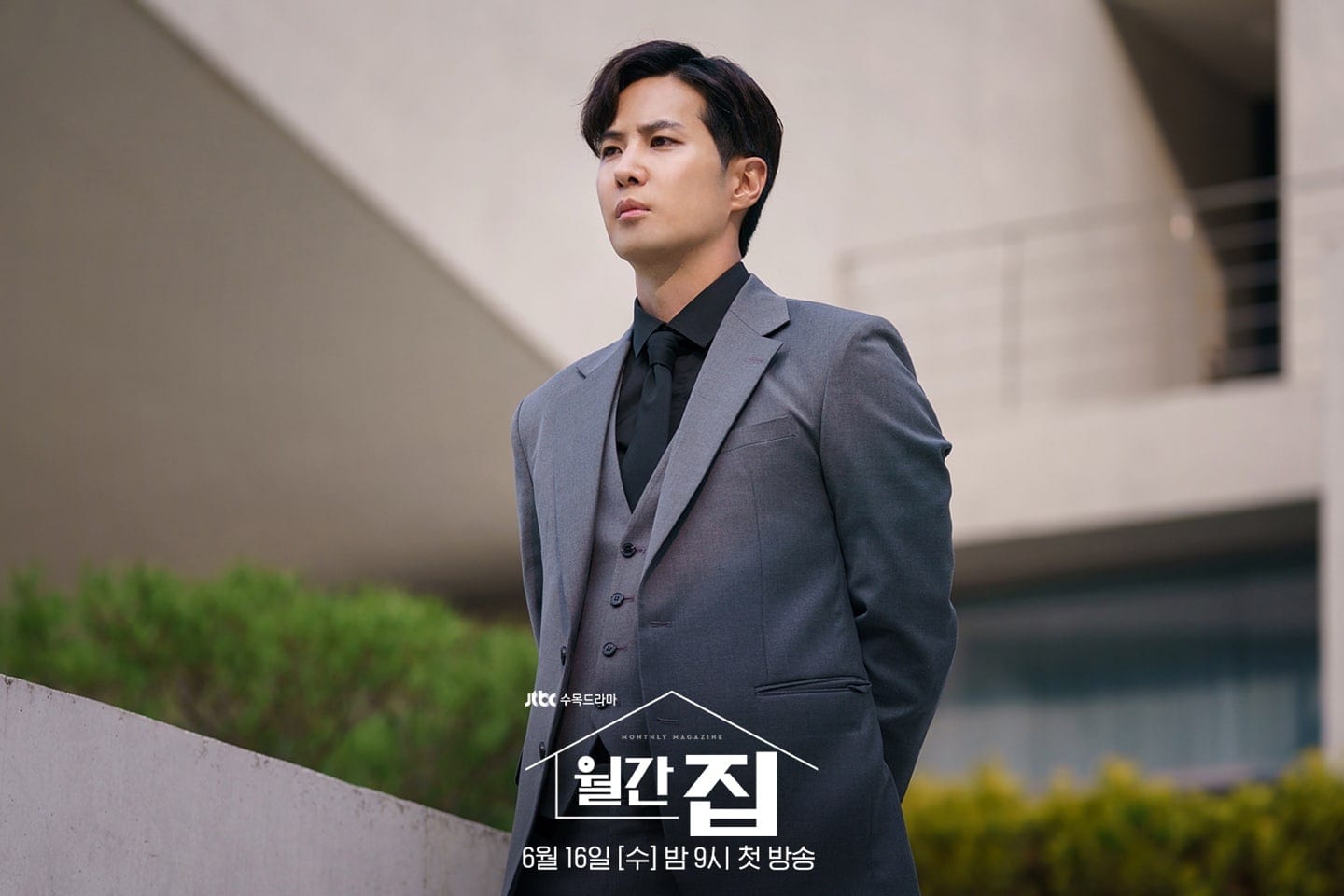 He did many part-time jobs, from working as a laborer on a construction site. He studied hard and got the mindset ready to invest properly, and reached the heights in his career after much labor. Yoo Ja Sung is now a charming and successful CEO of the magazine company and is now a well-known and famous investment expert. His midset of treating houses just as an asset changes when he meets Na Young Won. Na Young Won comes into his life to change his perspective to taking everything so materialistically and has a completely opposite personality in comparison to Na Young Won. How will the romance bloom between the two is something we as viewers are really excited to look forward to.

Also read: Monthly House Kdrama Releases a New Teaser, What is it About?

New Stills Out from the upcoming Drama Monthly Magazine 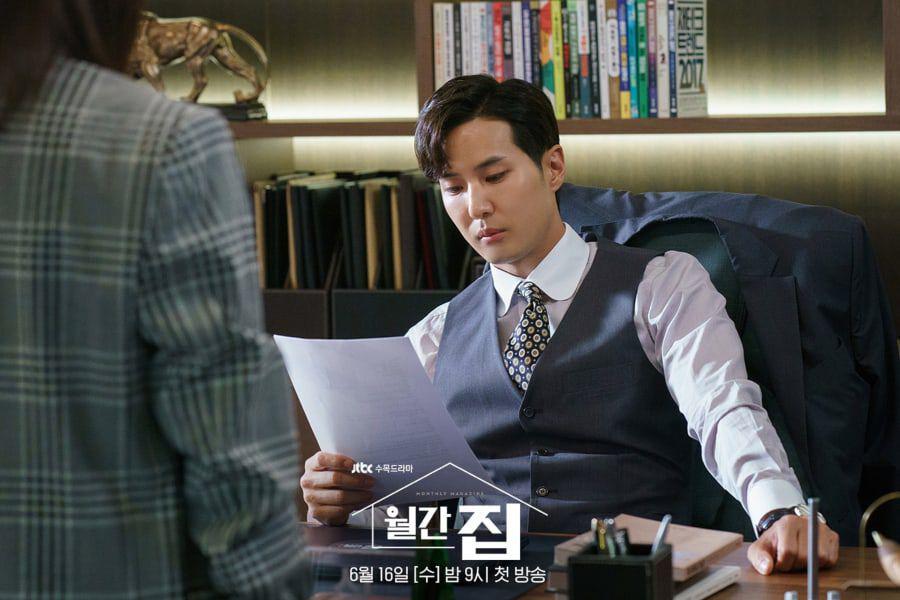 In the newly released still, from the show, the actor is seen as extremely professional, workaholic, and charming. The various sides of the charm of the actor will all be seen in the drama, which is going to air very soon now. The actor has set and molded himself according to the character completely, and all we are doing is patiently wait for the drama to release. Monthly home is basically a home searching love story. Where the two main characters meet, and their story starts despite having differences in their personality. Actor Jung Gun Joo will also be seen in the drama as the third main lead. He has been cast for the role of Shin Gyeom.