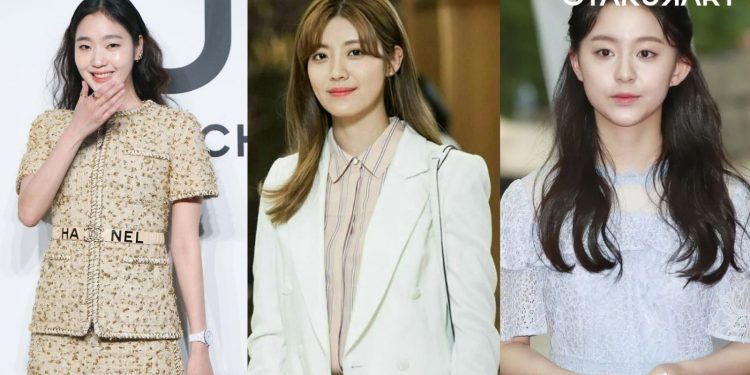 Kim Go Eun, Nam Ji Hyun, and Park Ji Hu are ready to play sisters in tvN’s new drama, Little Women. The trio is confirmed to star in the upcoming drama and take on leading roles. In September, Kim Go Eun and Nam Ji Hyun were offered positions. Three months later, on December 24, the actresses were confirmed to star alongside Park Ji Hu. Actor Wi Ha Joon is also in talks to join the cast of Little Women.

The upcoming tvN Drama- Little Women (Literal translation) will display the story of three sisters who grew up in poverty. The story will take you on a journey of the three sisters uniting to work against the nation’s wealthiest family.

Kim Go Eun, Nam Ji Hyun, and Park Ji Hu will star as sisters in the new tvN drama. Go-Eun (Goblin, Yumi’s Cells) will play the eldest sister, Oh In Joo, who wants to protect and provide her family with money. Since she grew up poor, she wants to live off well like the ordinary residents. However, a significant accident will shake things in her life.

Ji-Hyun (Suspicious Partner, 100 Days My Prince) will play the second sister, Oh In Kyung. She is a news reporter who would never bow down to money and corruption. But, when a case from her early days as a reporter pops up, In-Kyung will dig deeper to find the truth.

Ji-Hu  (Beautiful World) will take on the role of the youngest sister, Oh In Hye, who is adored and loved by her elder sisters deeply. Despite never using art supplies because of her family’s financial situation., she enters an art high school with her natural talents. Ji-Hu will also be seen in Netflix’s upcoming drama, All Of Us Are Dead.

Are you excited for tvN’s Little Women?