There has been a lot going on the internet when it comes to the drama ‘Ghost Doctor’. 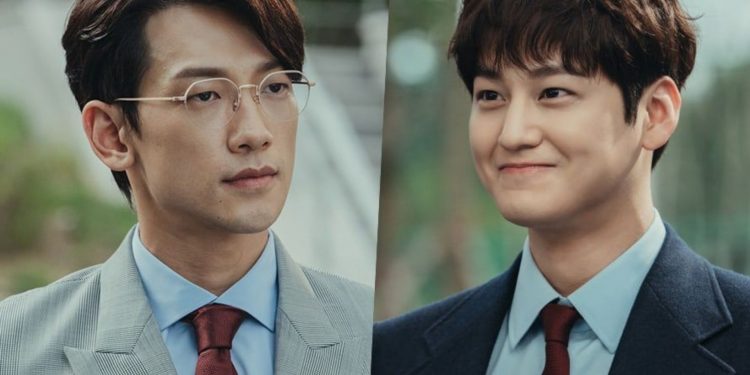 There has been a lot going on the internet when it comes to the drama ‘Ghost Doctor’. Recently, Kim Bum has talked about his character in this upcoming fantasy series. This new release by the show has put the internet in “viral mode” again. There was no surprise in the fact that this too became the headline of all the media outlets out there.

Fans out there has been always been intrigued about the interior release of the drama series. They are always on the lookout for new information and details. Therefore, this new character release by the series appeared as a big treat for them. Taking into consideration that the drama series is just a few days away from its actual release, this new revelation by Kim Bum has pushed the buzz process on speed.

This upcoming fantasy drama series has stolen the spotlight in a very appealing way. Its story synopsis and cast lineup have engaged all the viewers out there in a very intriguing way. There are many popular faces in the drama series, and all of them are known for their many successful works.

Here we have gathered up all the details revealed by Kim Bum about his character in the series. Therefore, let’s have a look inside and know everything about it.

‘Kim Bum’ On His Character in ‘Ghost Doctor’

Kim Bum is playing the role of Go Seung Tak, who was born with a silver spoon in his mouth. He is a highly intelligent resident from a privileged background. The founder of the hospital he works in is his grandfather, and is his mother is the chairman of a very successful foundation.

When asked about his purpose of becoming a doctor in the internship interview, he plainly answered that “Because my grandfather and my mother told me to”. With his answer, we can easily guess that he has no interest in the field he is in, and also, he has no sense of responsibility. Though the situation seems to be changing when he is introduced to Cha Young Min, the genius thoracic surgeon. His life is going to take a sharp turn due to his unexpected meet with the surgeon.

Talking about Go Seung Tak, Kim Bum said that he decided to play the character keeping the concept that he is from a comic book rather than a realistic one. He also pointed out that all his previous characters have been completely different from this one, hence, the viewers would get the chance to see his softer side.

He further explained that Go Seung Tak is not an entirely bright character, but it will be too early for the viewers to judge him without knowing his painful backstory.

ALSO READ: Will Soo Ho be Able To Dance His Way Out Of Trouble in Snowdrop Episode 4

To make it simpler, the keywords gave a lot about his character development in the series. “Before being possessed” hinted to Go Seung Tak was light and bright before combining bodies and spirits with Cha Young Min. All in all, he is all set to take all the viewers on an emotional rollercoaster ride.

Talking further, he explained that during each stage of his character development, the viewers will be able to point out the differences.

Continuing with the description, Kim Bum said that for some reason, Go Seung Tak was unable to perform surgeries, but that’s doesn’t mean that he lacks skills. He has this firm fundamental belief in saving people. Seung Tak’s life changed when he met a significant person, i.e., Cha Young Min, and then he begins saving lives by borrowing his hands and body.

The character development begins when Go Seung Tak begins to realize his potential. He begins to understand that he can perform surgeries on his own without fearing his past scars.

Kim Bom further explained that when he looked into the role, he thoughts that they both were entirely different personalities because the Seung tak was an energy ball. He also pointed out that throughout the process of filming, he was able to catch some happy virus from his role and gradually found the right encouragement and positive strength to do his best.

ALSO READ: 10 Best Kdramas Of Song Hye-kyo That You Should Watch

‘The One and Only Episode 3’: A Series of Unpredictable Events