Kevin Quinn rose to fame through his role as Xander in the Disney Channel series Bunk’d, and also for his number of other performances such as Adventures in Babysitting, Canal Street, A Christmas Love Story, Hubie Halloween, and his latest being ”A week away” alongside Bailee Madison. Kevin Quinn has found a new love interest, and it’s not his latest costar Bailee Madison.

From beginning his career by starring in Shameless and Chicago PD to being selected as one of the top 60 contestants in season 12 of  American Idol, Kevin Quinn has come a long way to being known as one of the popular faces among the audience. He was born in Chicago and raised in Wilmette, Illinois, and was also a part of  Musical Theater productions at the Children’s Theater of Winnetka, a lesser-known theater company near his hometown. During the time of his show Bunk’d, rumors were that Kevin had been dating his then Bunk’d co-star Peyton List, who played the role of Emma Ross on the show. However, the two never really dated in real life as such.

Kevin Quinn is currently dating actress, dancer, and blogger Kalbe Paige Isaacson. Kalbe Isaacson is a professional dancer and was part of  A Week Away’s production team, and is also credited as a dancer in the musical drama. The two of them kind of fell in love when ‘A Week Away’ was being filmed, maybe during or just after filming. The first news of them dating came in November 2019 when Kevin posted a picture of them dating on Instagram.

Fans also wondered whether the inspiration behind the track ”Keeping Me Up” was his love life and it kind of came out to be true. And one of the reasons that suggest this is the statement that he gave in one of his interviews to an entertainment publication wherein he mentioned that the song was perfect for Valentine’s day and featured lyrics that describe the excitement of newfound love.

It’s been more than a year since they have been in a relationship, and their Instagram is all flooded with their adorable pictures together. 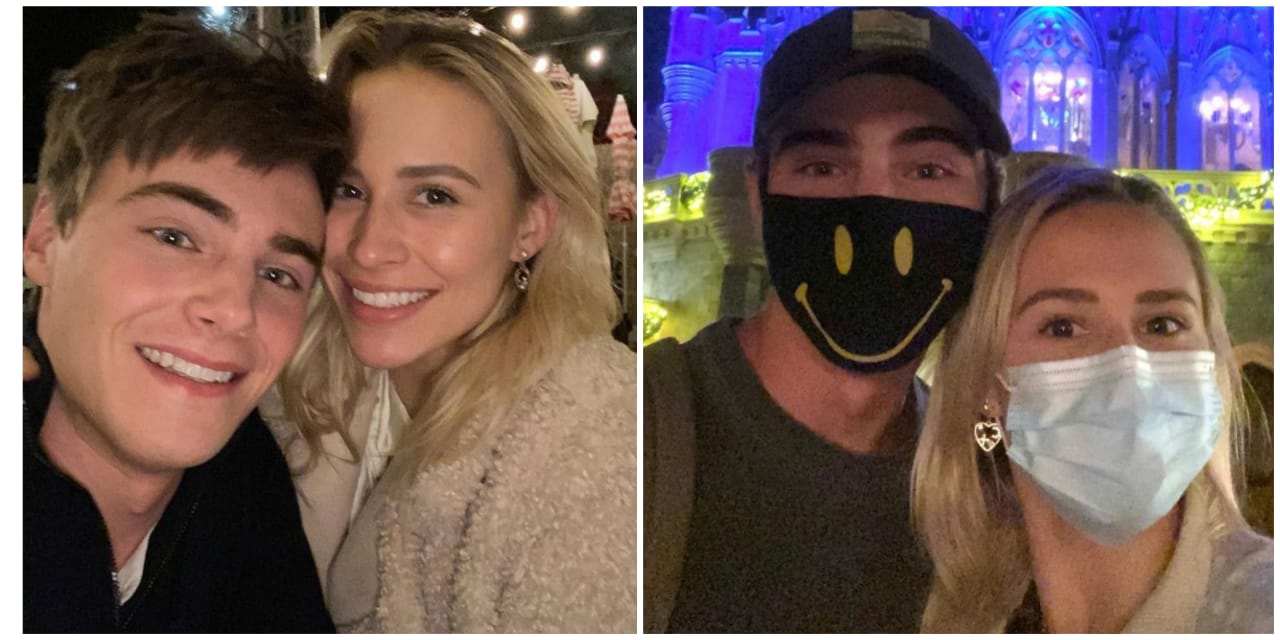 The above pictures are the ones that are uploaded by Kevin Quinn on Instagram on various occasions. The left one is the one that was uploaded by Kevin on Valentine’s Day, and the one on the right is uploaded by Kevin sometime around the month of January. Kevin posted the pictures wishing Kalbe Paige “Happy Valentine’s Day” and even Kalbe has commented on the picture with a blushing smiley face. The other picture was uploaded by Kevin on the 12th of January, in which he wrote the post saying, ”What better way to have ended one of the worst years than at the happiest place on earth.” It seems like Kalbe Paige’s company has proved fulfilling in these difficult times of Covid-19 for Kevin. Both these pictures have been liked by Kalbe Paige, and it clearly shows that these two are head over heels for each other. 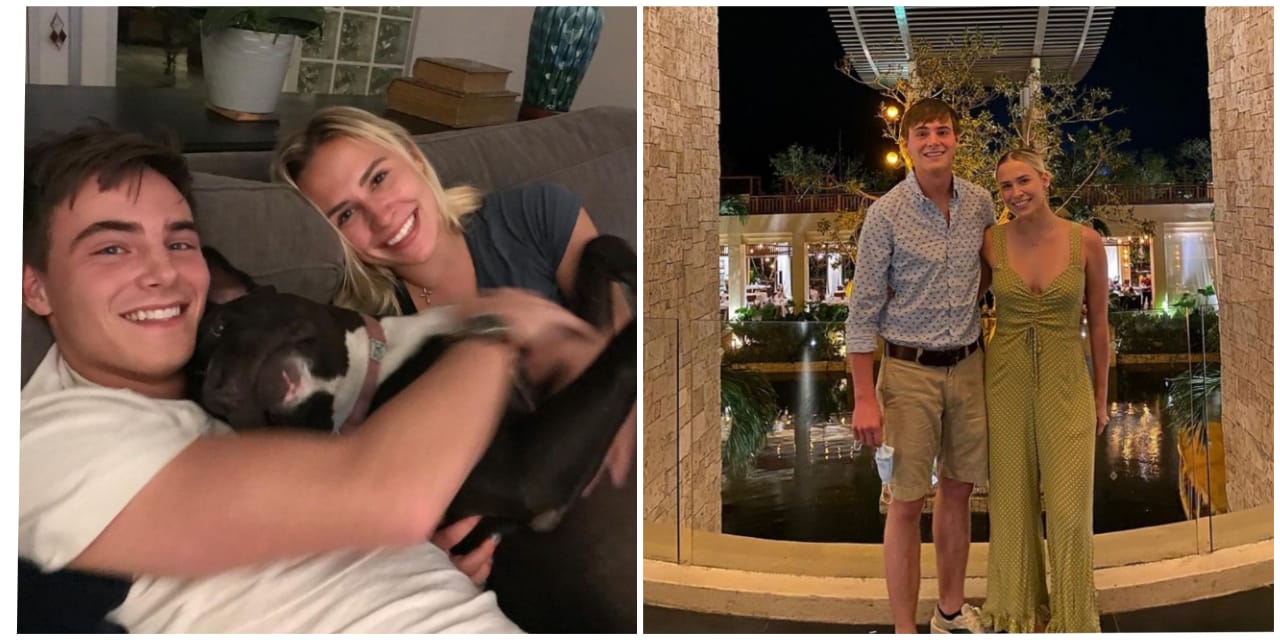 The above two pictures are those of them spending their quality team together. These were posted last year by Kevin Quinn on 31st August 2020 and November 7, 2020. So it is confirmed that they had been together since November last year. Although Kevin himself has not confirmed their relationship on any platform, making it official but Kevin’s insta feed that is flooded with pictures together speaks a lot about their relationship.

Who is Kalbe Paige Issacson?

Kalbe Isaacson is an actress who starred in” A Week Away(2020) ” and” MUTHA (2016)”.According to the sources, Kevin Quinn and his girlfriend Kalbe Paige Isaacson met for the first time when they were filming the Netflix movie A Week Away. The rehearsal for the Netflix movie started in 2019, and Kalbe was one of the few dancers hired to perform the choreography while the production was centered in LA.

Kevin Quinn in A Week Away 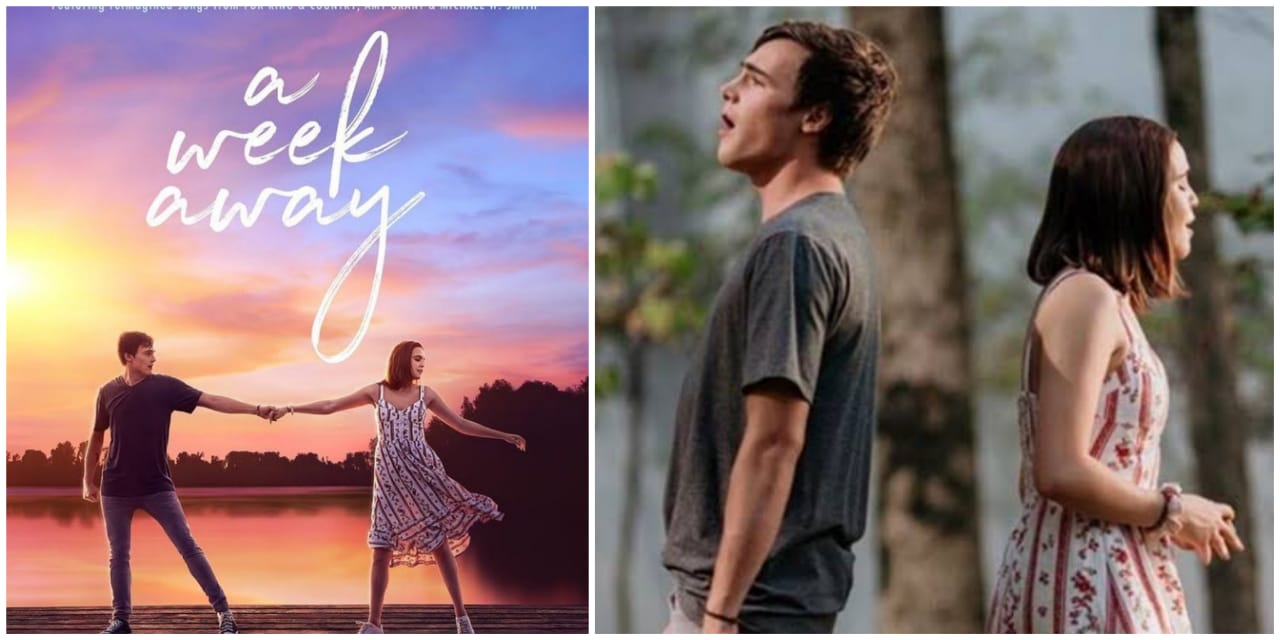