Kenneth Branagh’s Affair: Who Is The English Actor Dating Now? 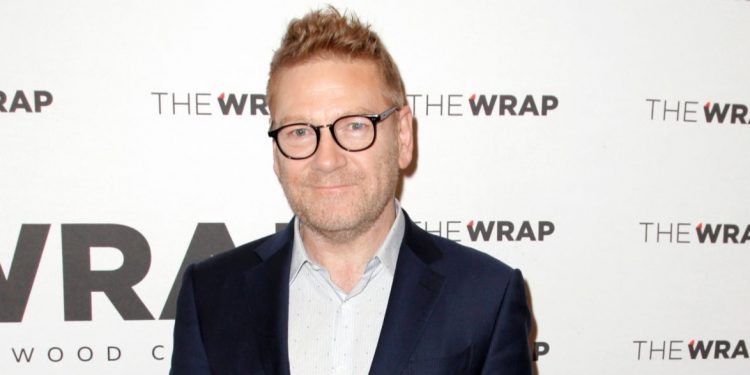 Sir Kenneth Charles Branagh, known professionally as Kenneth Branagh, is an English actor, producer, director, and screenwriter. He was best known for his film and television adaptations of a number of Shakespearean plays, as well as blockbusters such as Thor and Cinderella. He was trained at the Royal Academy of Dramatic Arts in London and later served as its president, succeeding Richard Attenborough. Kenneth Branagh became interested in drama from an early age and joined the Royal Shakespeare Company, where he received recognition for his performances in Shakespearean plays such as “Hamlet” and “Henry V.” We will deal with Kenneth Branagh’s Affair today in this article.

He was also one of the co-founders of the Renaissance Theater Company and began adapting Shakespeare’s plays into films and making them accessible to the general public. The Irish-born British actor/director is one of only two non-American actors to be nominated for an Academy Award for Screenwriting, Directing, and Acting and one of only eight actors to receive the award. As a celebrity wearing many professional hats, he has been active in the television industry as well. He starred in the BBC radio programs for Hamlet and King Lear and has narrated several audiobooks. Kenneth had also received an Honorary Doctorate in Literature from Queen’s University in Belfast and was also conferred with the Freedom of the City of Belfast. In the year 2009, he received the RomaFictionFest Award for outstanding creativity.

What do you know about Kenneth Branagh’s Affair?

Kenneth Branagh was reportedly having an affair with a girl named Helena Bonham Carter, despite being married to Emma Thompson. He began an affair with her when he was directing and co-starring with her in Mary Shelley’s Frankenstein in the year 1994. The couple was rumored to be romantically involved, and in 1995 Emma Thompson and Branagh announced their separation. On the other hand, Branagh met Thompson when he was cast as a couple on the BBC series Fortunes of War.

Bonham Carter did not appreciate the way she was presented when the situation got to the press. Branagh and Bonham Carter dated for about five years before separating in 1999. Bonham’s most famous romance was with his 13-year relationship with director Tim Burton. The couple started dating in 2001 when she starred in Burton’s Planet of the Apes. Burton and Bonham Carter made seven films together and had two children but were never legally married. And, around 2014, they separated very quietly. Prior to Burton, Bonham Carter was involved in a rather embarrassing affair with director and actor Kenneth Branagh.

Who Is Helena Bonham Carter?

The British actress Helena Bonham Carter was born into an important political family and had a difficult childhood as she had to overcome her parents’ ill-health. Her debut film Lady Jane and subsequent roles in Merchant Ivory productions named “A Room with a View” and “Howards End” cemented her position in the film industry. Helena Bonham Carter was born on May 26, 1966, in Islington, London, England, to parents Elena, a psychotherapist, and Raymond Bonham Carter, a commercial banker.

She comes from a well-known political family. Her paternal grandparents were successful politicians. Helena is the great-granddaughter of former British Prime Minister Asquith. She also has two older brothers, who were named Edward and Thomas. Her childhood was very traumatic as her mother suffered from a severe nervous breakdown, and it took her three years to recover. At the same time, her father suffered complications during surgery to remove a tumor that left him semi-paralyzed.

Kenneth Branagh and Emma Thompson allegedly met while starring in the 1987 miniseries titled Fortunes of War. They married two years later in an elaborate ceremony in London and became a popular couple in British cinema in the 1990s. But the couple’s happiness with each other did not last long when their marriage was rocked by an extramarital affair in the year 1994. In the year 1995, Branagh and Thompson, who had no children together, divorced after six years of marriage. During Branagh and Thompson’s breakup, the couple claimed this was due to conflicting work schedules. But the rumors swirled around that the actor was unfaithful in his marriage. Many publications have since claimed that the marriage broke up due to his alleged affair with actress Helena Bonham Carter.

Kenneth Charles Branagh was born on December 10, 1960, in Belfast, Northern Ireland, to parents Frances Harper and William Branagh, a plumber who also runs a company that specializes in suspending ceilings and fitting partitions. He came from a working-class Protestant family. Kenneth also has two siblings. His family moved to Reading, Berkshire, England when he was nine years old to escape the violent religious conflict situation known as “The Troubles” in Ireland. Grove Primary School, Whiteknights Primary School, and Meadway School in Tilehurst were where he acquired his early schooling. Kenneth took part in school productions such as “Toad Of Toad Hall” and “Oh, What a Lovely War” at Midway School.

‘Tinted With You Episode 8’: The Final Turn of Events!