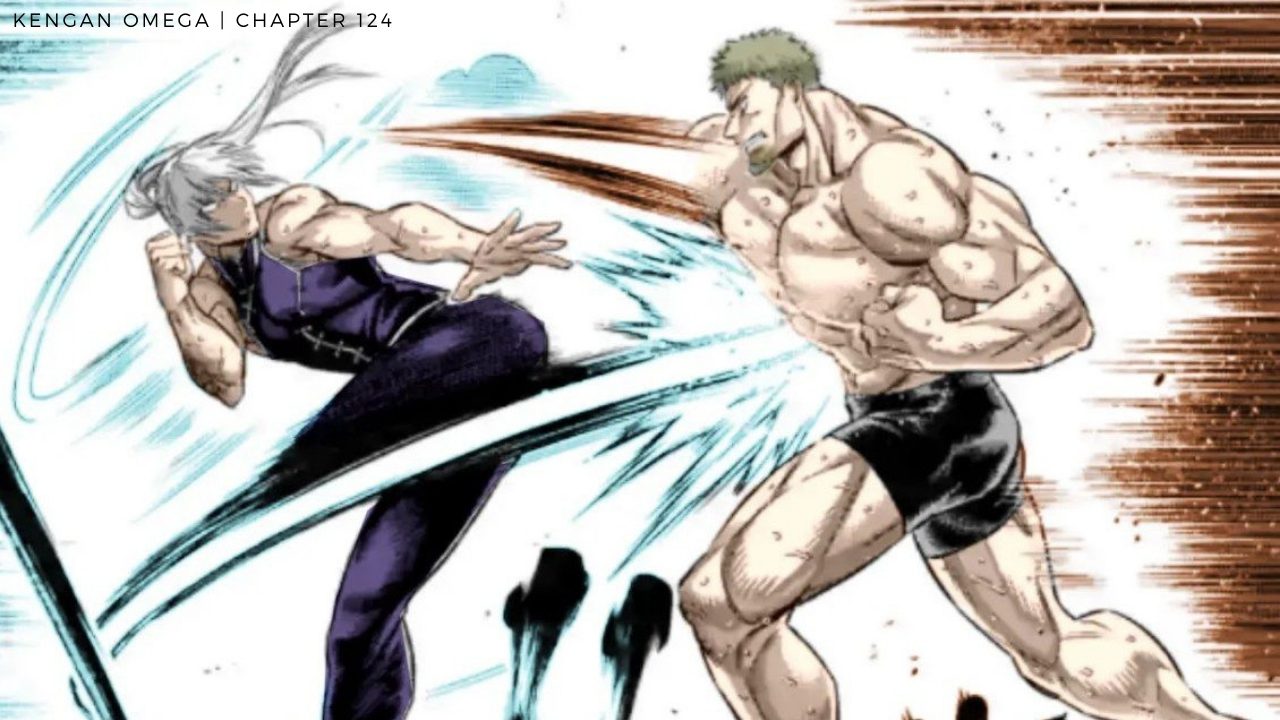 Kengan vs. Purgatory begins with Kengan Omega Chapter 124, with Fei brawling with Takeshi. This chapter will be released this coming week. Kengan Omega reveals the battle between two associations showing their MMA skills. From the latest chapter of Kengan Omega, the Other Niko arrives and killed everyone inside the monitor room. Agito and Ohma decided to face him. Niko told them that that battle is far from over since there are other students of his. During the fight, Fei unleashes Nikko Style and dominates Takeshi. The chapter title is ”Tiger’s Vessel.” The chapter continues with Fei torturing Takeshi.

Fei reminds Takeshi not to think anything he knows about the Nikko Style since it is real. In the passage, Edward is with Xia Ji, who is surprised why Niko is here since an outcast like Niko shouldn’t get carried away.  Edward realizes that they have moved to the next phase. He wonders why the member of Worms who infiltrated Purgatory exposed themselves in public. Edward realizes that the head of Worm Yan is not an idiot and wonders what Yan’s goal is. Edward concludes that the Worm has given up on Xia Ji since they can’t protect idiots.

Kure Raian appears behind Edward and said he had found him and he thinks he will kill him first since he has forgotten about him. Back to the ring, Takeshi is suffering from the finger hold technique. Fei told Takeshi that humans like him would never break free from this technique. Takeshi tries to toss Fei away. But Fei uses Niko Styl Redirection + Water Kata. Fei traps Takeshi with a Binding Demon, and Ohma comments that he is unfamiliar with the technique. Agito notices that Fei has improved the Niko Style beyond his imagination.

Agito adds that it is different from the Niko Style that they know. Takeshi managed to break free from Binding Demon. But Fei made Takeshi kiss the ground. Fei uses Adamantine Kata: Iron Breaker Barrage and smashes Takeshi. Takeshi’s face looks like he got hit by a train. Ohma comments that it is another unfamiliar technique and shouts at Takeshi to relax and face Fei. The Other Tokito Niko is walking away from the CCTV room. Niko comments that it is over for those guys who are dead. But he survived till this day to train. 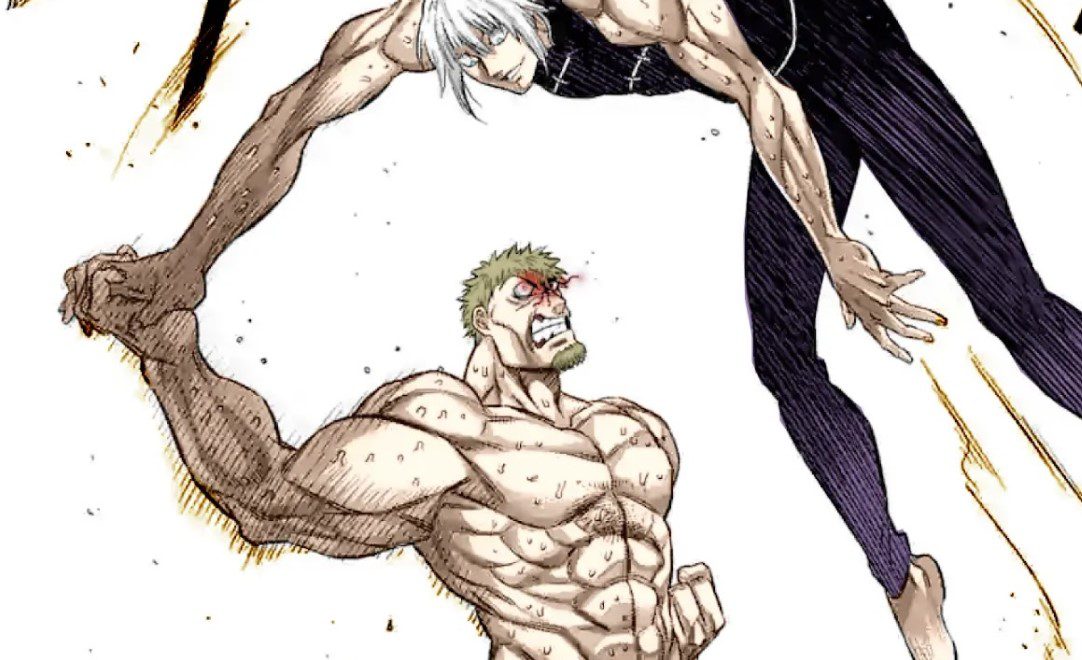 Niko realizes that he has lost to Ohma’s master, the real Tokita Niko. But he is a now changed man, and he has become undefeated. A guy who is sent to assassinate him tries to stab him using a dagger. But Niko uses the body of the guards to block that blade. The blade pierces on that guard’s head. The guy told him that he is messing up with the richest man in this world. He is the Guard Dog: The Genocider, aka Muteba Gizenga. Ginzenga wields his mini blade and shows the stance of a commando warrior. Niko comments that he is interested in having fun with Gizenga.

Back to the ring, the fight has become intense. Takeshi begins to charge without backing off. Kazuo is surprised to see Takeshi speed, who blasts Fei with a heavy punch. Takeshi uses a straight punch and sends Fei to the ground. Ref Shin Alisa shouts that Fei is down. The crowd is impressed by Takeshi’s strength; the commentator wonders if it is over for Fei. Ref Shin Alisa begins with a count down. At a count of three, Fei wonders if it is true that he is defeat, but he is about to stand up.