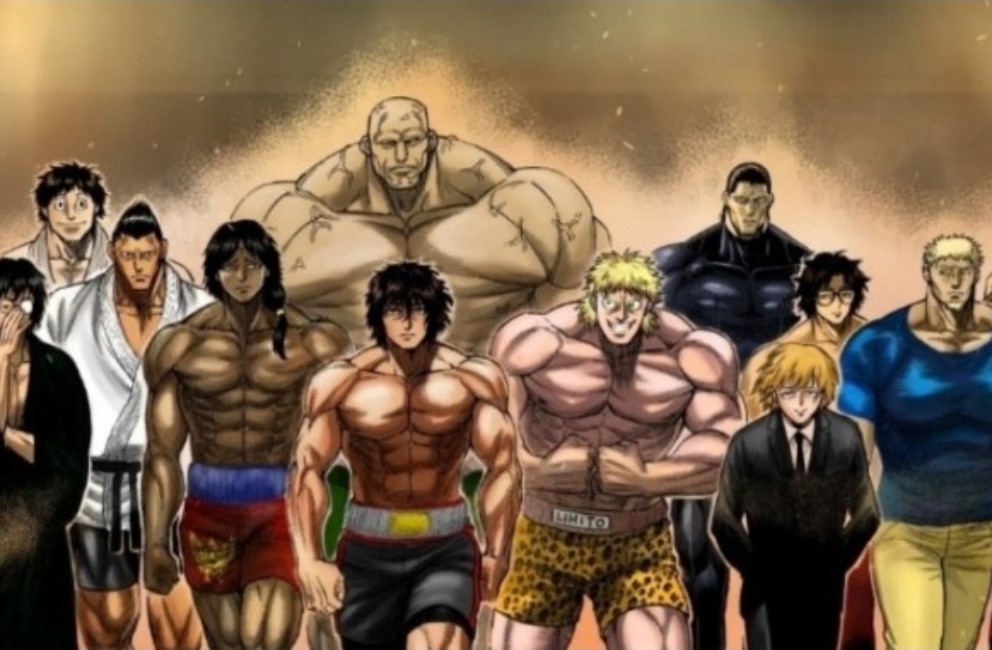 Kengan Omega Chapter 118 is coming out soon as the match that determines the fate of Kengan continues. Okubo and Terashi continue to exchange massive blows as Okubo’s hands begin to bleed, and the fighters wonder what happened. The chapter title is ”Under The Mask.” Okubo comments that it is nothing since Terashi ripped his skin. Okubo wonders how’s Tereashi keeping up with his blows like that. But he notices something when he looks at Terashi’s stance. Terashi dashes with massive strikes, and Okubo steps backward.

Okubo loses his focus and received a massive palm strike that moves him back. Okubo begins to lose his balance, but he managed to maint his stance. Takeshi wonders what kind of technique is that when a guy attacks using open palm. Konoha Agito wonders what is motivating Terashsi. Okubo blocks the second strike and manages to read Terashi’s movements. He realizes that Terashi’s true movement nature is vibration. Terashi uses a Thermo Regulatory Shivering technique, and his style can contact 3000 times per minute, which is 15 times than expected.

Terashi trained his brain to worked quickly with his body when he unleashes a single strike. Okubo realizes that Terashi’s technique is similar to Fa Jin, and even if he doesn’t land a heavy blow, it will always leave damage that will penetrate through the body. Okubo realizes that it is not ordinary for a human to vibrate like that and wonders what training Tereashi underwent to perfect that skills. He begins to analyze how he will attack Terashi and how Terashi reacts when the strikes land on his body. Okubo wonders if Terashi has a weak point.

Okubo tries to find ways to take Terashi down and realizes that Terashi dodges his hook but ate other blows. Okubo believes that the hooks can destroy Terashi and decided to use fists to his advantage. At the stand, Lolong Donaire comments that Okubo has found his weapon. Okubo will target Terashi’s face, and Fei Wangfang wonders if Terashi is related to the Assassin from the Legend.

Fei believes that Terashi’s story might be true, which means his mask is hiding something. Terashi realizes that Okubo has found his weak spot, but he has no problem with that since it will work in favor. Terashi knows that Okubo won’t go for grabbing or wrestling since he might get caught. Okubo won’t strike at full force since he will expose his weakness, and Terashi gains an advantage. Terashi realizes that he has to protect his head. Okubo can take Terashi by striking Terashi’s head since that is where Terashi has a weakness. 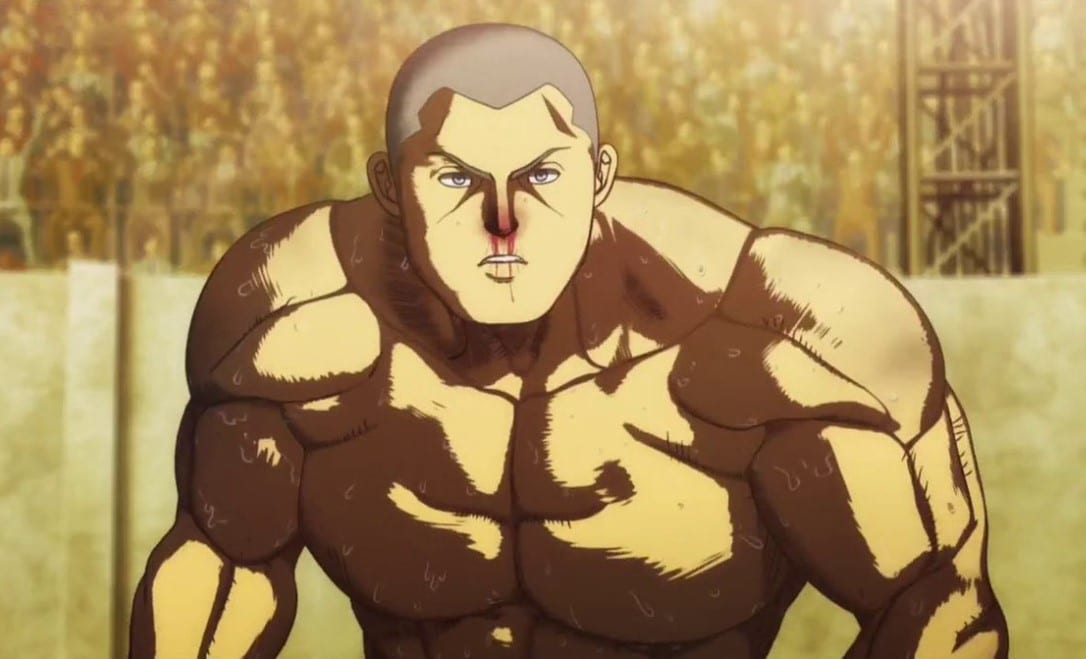 Terashi is confident that he can easily dodge the attack that he knows is coming. Gaolang Wongsawat realizes that Terashi underestimates a martial artist. Okubo charges while commenting that he wants to see if Terashi will dodge the fastest strikes launched by a top-class fighter. Okubo landed heavy jabs trying to break Terashi’s mask. Carlos Medel praises Okubo that he has boxing experience and his jabs are clean, and mature can’t dodge the jabs of that level.

Even if Terashi knew where the jab would land, he can’t stop it from hitting. Okubo broke Terashi’s mask who begins to defend at 100%. Terashi crouched down since the showers of barrages is too heavy for him. Okubo steps back, trying to do something when Terashi gets up. Okubo realizes that he doesn’t want to attack Terashi blindly. Lolong comments that Okubo has fallen into Terashi’s trap; Carlos adds that the match is far from over since Terashi will back up.

Fei wonders what is happening since Terashi’s masks came off. Terashi got up and said he was underestimating Okubo since his strikes are different from that of a Purgatory B-lister. Everyone begins to see Terashi’s face, and the commentator said Terashi would be more popular if he didn’t hide his face. Terashi talked about his surgery and that he doesn’t like to get hit on his face. Okubo comments that Terashi has a flat face, and he replies that he hates showing his face.

Also Read: Orange Spin-Off Manga: Everything To Know About it