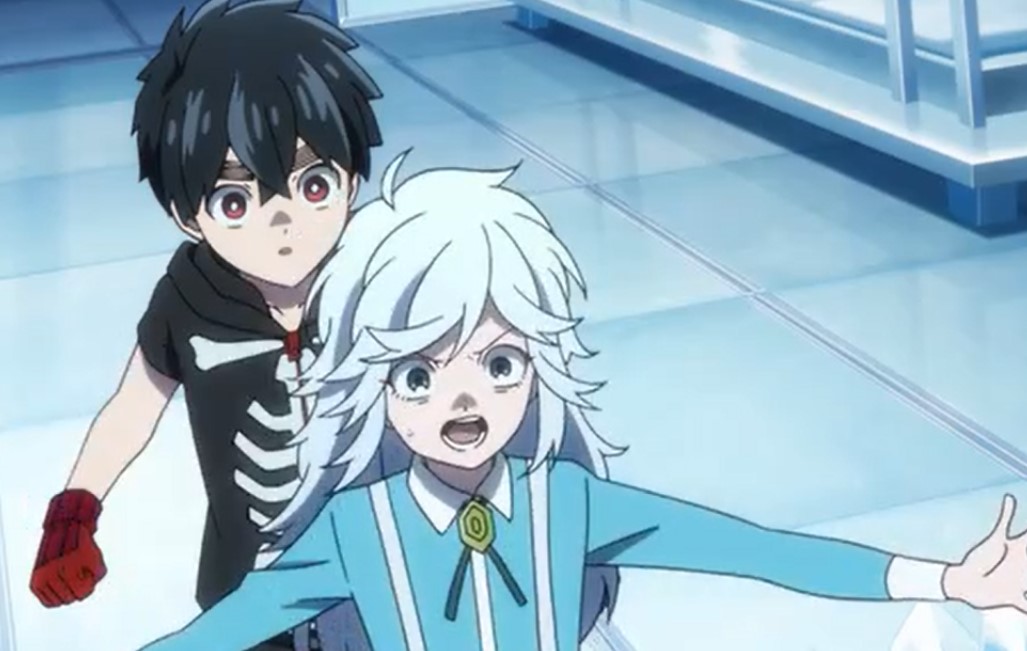 Akari is surprised to see Kabane, Inugami, and Shiki inside a cube of ice. Yui points at the frozen cube and said it is Akira’s bed, bathtub, and lights. He said it is everything that Akira wanted. Yui asks Akira if there is something that is missing. Akira asks Yui what has happened. Yui replies that Inugami and two others said they are Akira’s friends. It looked as though they were here to get Akira, but Yui decides to freeze them since he can’t let Akira go out. This is the last episode of Kemono Jihen.

Akira falls on his knees, asking why Yui has frozen them. He started coughing, and Yui decided to get herbal medicine for him. Yui knows nothing about the importance of friendship or love. All he cares about is Akira, and he thinks locking Akira inside the castle is the way he is expressing his feeling and love. Yui locks Akira and heads out. But Akira receives a message from his doll, and he thinks that they are all dead. The doll told Akira that they are still alive.

Akira is glad that the trio is all immortals, and the doll reveals that it is one of Inugami’s transformations. He realizes that if they remain frozen, they might all die. Akira asks the doll if there is a way to melt the ice quickly. The doll replies that there is while Yui arrives in the forest. He started to look for mint that will cure Akira’s coughs. He realizes that in the past, they made promises to live together. Yui became the snowy village’s chief. He wonders why he was chosen as the village chief instead of Akira.

Yui learned everything to become a chief he explores deep inside the village. The null-stone, a stone with great power was enriched. The stone caused the snowstorm that surrounded the village. At that time, in the past, hunting and killing wild animals was women’s duty. The woman in the snowy village was a total number of 200, but they all grouped together. No man has ever seen their face since it is covered with the cloth. Distinctions between who is more talented and who is stronger arise.

If the stronger one shows her talent, it upset the weaker one. They show their faces to the man and ask who is the most beautiful one. One day Yui is encountered by one of the women who ask him who is the most beautiful one between her and Hisame. She also asked Yui if he has ever seen Hisame’s face. Yui wonders who started with this practice of Yuki-Onna’s facecloths. The facecloths are meant to prevent mental hierarchy based on one’s looks.

Every day, Yui was asked who is ugly, beautiful time and time. He got swallowed up by hatred and animosity. But Akira was only Yui’s salvation. In the present, Yui heads back to the castle, and Akira told him that he wants salt. He doesn’t want his skin to be slippery when he put it in the bathtub. Yui agrees and decided to head out to look for salt and water. Akira wonders why Yui is like this, he locked him inside, broke his smartphone, and froze the others.

Akira is confused about Yui’s actions, but he decided that he is the one who can stop Yui. Meanwhile, Inari has arrived near the castle and complements the one who builds it. She is with Nabara, who reveals that it is the power of null-stone. Inari comments that it is the power of a Yuki-Onna or Yuki-Onoka to freeze water. Nabara notices that there is no single grass left growing around the castle.

Inari comments where is that fool of Tanuki has wandered to. Meanwhile, Kabane has managed to use his fire powers and unfroze himself. But he ends up being naked, and Akira hides his face and tells him to wear some clothes. Kabane told Akira to remember something about the power of null-stone. If not, he won’t be able to defeat Yui. Akira asks Kabane if he is planning to fight brother Yui. Kabane said he has to convince Yui even if it means fighting.

He asks Akira to come back with them to Inugami’s office after everything is over. Akira realizes that if the trio gets frozen or gets involved in a fight, they might die. He put on an act to reject them so that they will go without him. Yui came back, and Akira convinces him to go away with him. Kabane is left, and he is trying to unfreeze Shiki and Inugami. Inari arrives and told Kabane about his parents and null-stone. Yui battle with Nabara, who became a fire fox, and Kabane is on his way to the battle.

Kemono Jihen Episode 12 date will release on Sunday, 28 March 2021, at 10:00 JST. You can watch Kemono Jihen online on ANIPLUS, AnimeLab, Funimation, and Netflix. Let’s see the latest updates of the Kemono Jihen preview have for us below.