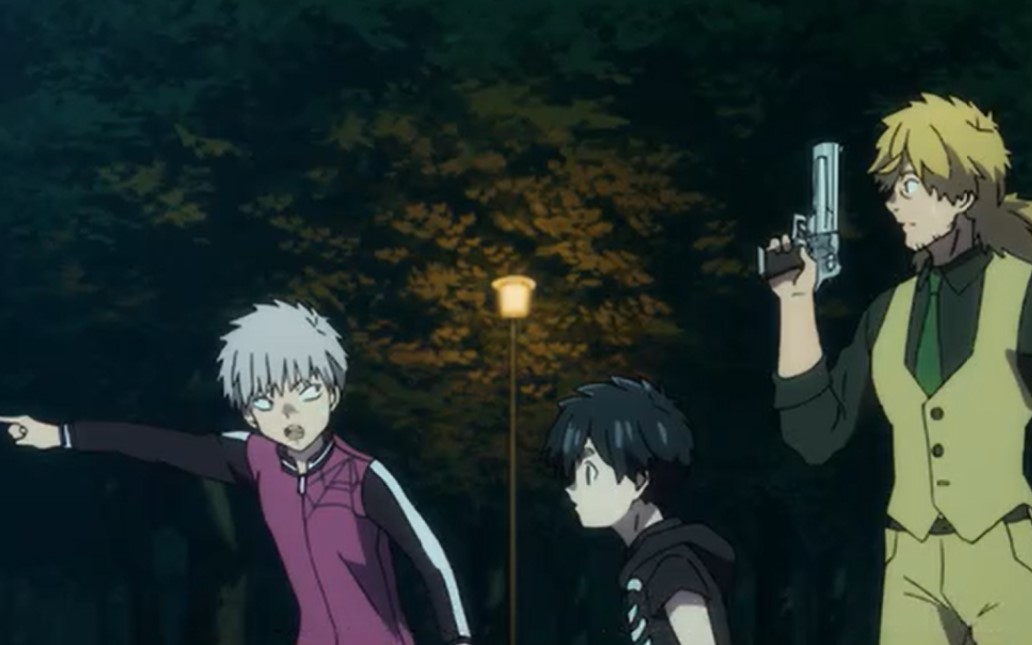 Here is the preview for the upcoming Kemono Jihen Episode 11. Previously in Kemono Jihan, Somewhere in a snowy village, where around 200 Yuki-Onna lives, two pairs of male Yuki Onoko were born. That has only happened once every hundred years, and that is when all it started. A few years later, one of the pair was spotted in a city where he bumps with some punks. One of the punks falls on his back, and the other two stopped the guy. That guy just looked at them, and they were all shocked. But they went into the dark building with that guy.

The punk who fell on his back told that guy about the bill of the dry-cleaning. He also told him that his clothes are expensive. The punks circled that guy and told him that 30000 yen should cover the cost. They started mocking the guy while rubbing his face. They told him that they wank more to spend on drinking. That guy asked them if they know the man named Inugami. The punks think the guy is changing the topic.

Kemono Jihen Episode 11 will release on Sunday, 21 March 2021, at 10:00 on ANIPLUS, AnimeLab, Funimation, and Netflix. Let’s see the latest updates of Kemono Jihen have for us below.

That guy showed the punks the picture of another boy and asked if they recognize this person. The punks look at the drawing and ask who that girl is. The boss of the punks asks the guy if he is setting him up with a girl. He told him he should have told him about the girl sooner. The guys ask them if it is a no, and the boss of the punks said yes.

That guy froze the boss of the punks using his freezing powers. The other two punks were shocked at what happened to their boss. Meanwhile, At Inugami’s base, Akari is worried that his toy is broken. Kabane told Shiki that Akira’s brother’s belly had been split open. Shiki said no one cares since it is just a toy. Shiki reveals that Akira named the toy because it looks like his brother’s face. 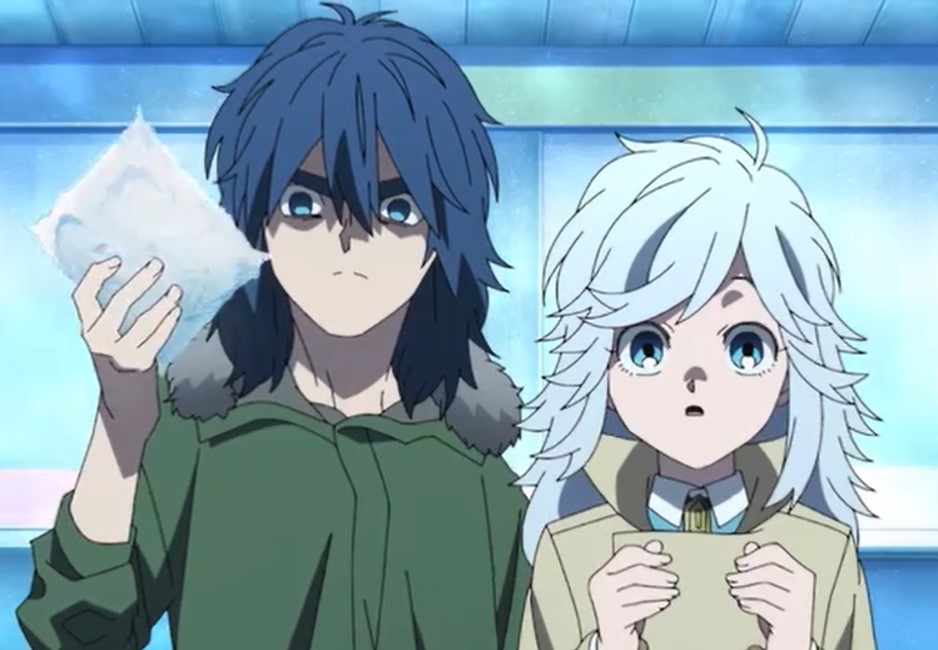 Kabane recalls the day when Akari mentions his twin brother. That day Akari said he came to Inugami to look for his twin brother. Inugami comments that they can allow Mihai to fix Akari’s toy. Mihai fixed the toy in no time since he was bored. Akari is happy that his brother, in the form of a toy, is alive. Mihai told him that he had installed an AI to make the toy talk. Akari is glad, and thanks Mihai since talking to his brother is like a dream.

Akira wonders where his brother is and what he is up to. In the past, Akira used to be a cry baby in front of his brother. One day he falls outside in the snow, but his brother carried him and consoled him. Hisame arrived and told the twins not to get out since they might get eaten by bears. She locked the two twins inside the room and told them that the snowy village would perish if something happens to them.

The twins never saw the face of their parents since a mother give birth to Yuki Onoko dies after birth. The father became insane and got looked in a forbidden room. But the twins get to know about it. They got separated from that day until now. In the present, Akira keeps on getting bad omen. Akira keeps on crying over such petty matters. Shiki gets angry and told him to stop being a cry baby. Akira notices that he is being a burden to the crew and write a farewell note. He set on a journey to look for his twin brother alone. 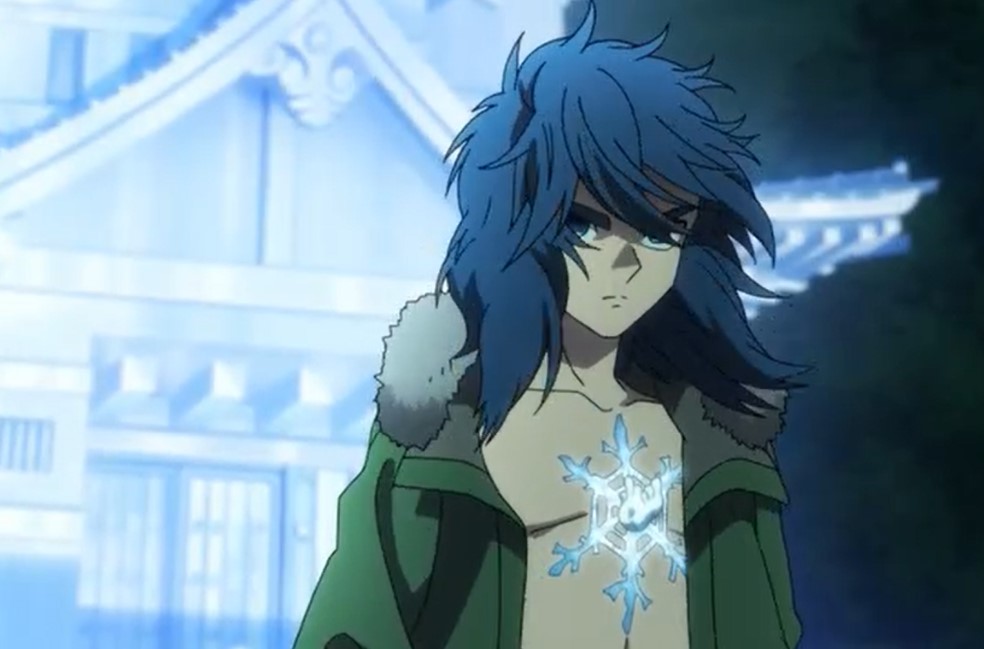 Akira spent a day and night sleeping outside, but he felt a strange feeling when a hooded boy passed near him. They both look at each other, and they recognize each other. The other one said Akira, and the other one said Yui-Niisan. Akira is glad that running away made him meet with his twin brother Yui. Yui asks him why he is not at Inugami’s place. Akira reveals that he has run away since he thinks he is good-for-nothing there. The two head somewhere, but Inugami notices that Akira is missing.

He told Kabane about it and show Kabane a note that Akira has left for them. Later, in the evening, Yui uses his powers a build a crystal castle. Akira is stunned by Yui’s powers and calls him a true daimyo. He started taking pictures of the castle, but Yui froze Akira’s cellphone. He told him that they don’t need human technology. Yui looked at Akira inside the castle. He left, telling Akira that he would look for food and not try to escape.

Yui doesn’t want to lose Akira for the second time. Inugami, Kabane find about the castle and head there. They fight with Yui thinking that he is evil, taking Akira a hostage. They witnessed the power of null stone ad Inugami’s bullets cannot pass through Yui’s body. Yui calls Akira and shows her the statue of frozen Inugami, Kabane, and Shiki. Akira is shocked and realizes that Yui has defeated his friends.

Also Read: What To Expect From Kemono Jihen Episode 10