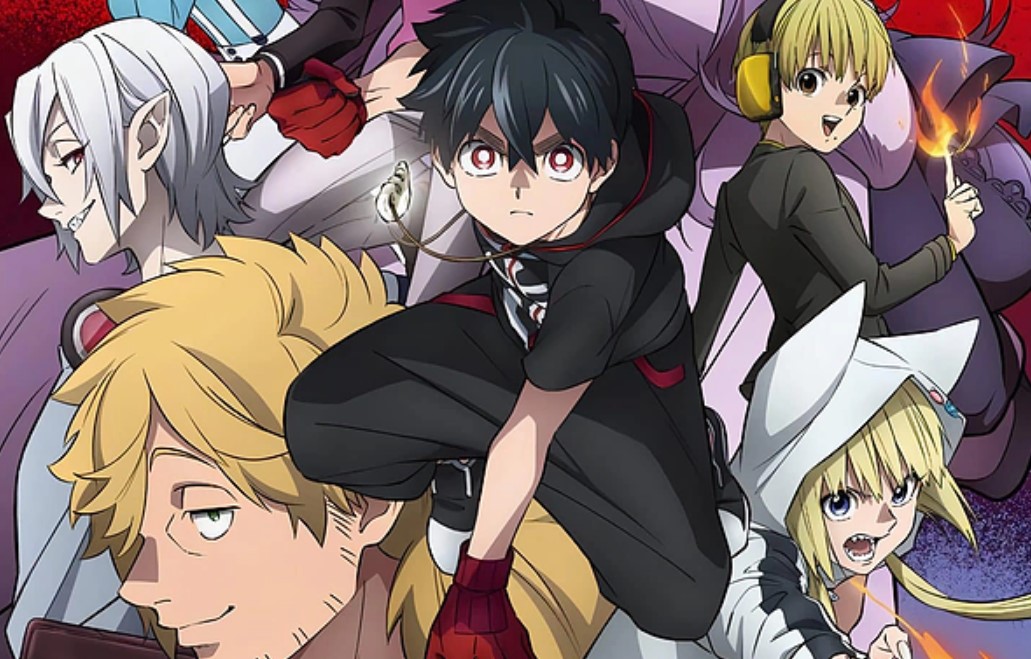 This month we will be starting our first Sunday with the latest development of new upcoming anime that will premier soon. Let’s find out what this anime has to offer for us here, the consecutive numbers of incidents started to take place in a remote mountain village. The animal bodies started to rot in a single night and detective Inugami is called to find out what is happening. Inugami works for Tokyo and specializes in investigating.

Detective Inugami started to work with the cases and met with an unknown boy who is working for a living instead of going to school. The two started to be friends and he later finds out the boy’s nickname is Dorotabo. He started to help detective Inugami to reveal the truth of the murder cases. They find that some cases are related to supernatural forces. Since Dorotabo is not his real name it might happen that he is not a human. Take a look below.

Kemono Jihen Episode 1 will be released on Sunday, 10 January  2021, at 10:00 PM JST. This anime will continue to release a new episode every Sunday. For more about this anime, you can visit its official website at kemonojihen-anime.com and enjoy watching it on ANIPLUS. We aren’t aware of other official ways to watch it we will update you. Take a look at the summary below.

Kabane is a boy who is not raised well he lacks love from parents and people around him. Some people consider him to be stupid and he doesn’t know how to talk with others. During the war, he does what he wants and always wants to counter the enemy without thinking. He doesn’t care about himself but he cares about people around him and always wanted to protect them. His friends help him change and learn to love and communicate.

Kabane Kusaka is a ghoul with more human traits who has a long span of life expectancy and he is yearning for the love of his parents. He wants to know who they really are after some time he started to work at Kemono Office agency. He wants to find out about his parents there. Kabane possesses the powers of regenerating after been torn apart during the battle. He has the strength of superhuman and he doesn’t feel pain since he is a ghoul.

Kohachi Inugami is a police officer who works in Tokyo and met with Kabane when solving his mystery cases. He decided to help Kabane to look for his parents. He has the powers to transform and evolve his body parts as he like. Inugami is able to change parts of his body as he desired. He can also protect his body by turning himself into a steel body armor and create a gun using his fingers. He can create weapons and stay in his body armor for an unknown duration of time.

Shiki Tademaru works at the Kemono office and is an Arachne who possesses the qualities of a human being. He was once a bully in his life bossing around peers of his age. Everyone used to fear him even Kabane but later he changes when he gets more close to Kabane’s life. He didn’t like to befriend hybrids and Akira comments that he is just doesn’t appreciate others who are the same as him. He used to live in Kinishi Go with his mother before he was taken by his uncle to look after him. Shiki can use his powers just like a spider and he can also be invisible.

Akira comes from the snow village and he is the 56 children to be born in mount Iwanki. He also works at the Kemono office. His body looks like a female and when he met with Kabane, Kabane thought that he was meeting with a beautiful girl. He thought he has caught one pretty lady but find out later that he is a male just like him. Akira acts like a woman and he gets scared easily. Sometimes he dresses like a human which makes men try to hit on him.

Most men get disappointed after finding that they are trying to hit on a guy. Akira is an exciting guy who welcomes everyone. He tries to get rid of his fears so that he can protect his friends and he is looking for his brother with Inugama’s help. He used to stay around the mountains of Aomori before coming to Tokyo.

Akira got separated from his family during the battle.  His powers and abilities are unknown since he is a Yuki-Onoko. He is good at using his unknown powers after mastering them to control them and he can create snow or ice using his powers. He can do that when using only water if it is around. Sometimes he can use his power to protect himself by covering his body with snow and he can even fly.

This week that what the latest upcoming episode of this anime has to offer. All thanks to the youtube official trailer and updates above.