Kellie Chauvin can be better described as a wonderful, strong, and fearless personality who hasn’t taken too long to make her mind about separating from her dear husband, who was accused of murder charges. Though she loved him, she kept humanity on her priority list. She took the bold decision of not supporting a person who was not in support of humanity. Well, Kellie Chauvin is the ex-wife of the police officer whose brutal action had eventually given rise to the latest black lives matters moment! Who is none other than Derek Chauvin!

But does Kellie has to live her whole life with this tag that she is the ex-wife of a racist man? Well, generally, it happens, the family members of the culprit are eventually put in front of the gunpoint of people’s judgment. The wrongdoer suffers but, alongside his family members and dear ones, also faces the aftermath. But as a part of the modern and developed world, we need to understand that if we are judging the family members of the criminal based on the things which that particular individuality did, then that too is a crime.

In this article, we will be discussing the things related to the personal as well as professional life of Kellie Chauvin. Moreover, our primary focus would revolve around her wealth that; what is the Net Worth of Kellie Chauvin? Is she is capable enough to lead a life lined with dignity? And most importantly, what’s the aftermath of the arrest of Derek Chauvin? Well, if you are curious, then we too are excited to reveal the things. On this note, let us begin our hunt to know more about them.

The Net Worth of Kellie Chauvin

Kellie Chauvin worked as a radiology technician at Hennepin Country Medical Center. Earlier she was an intern over there but later became a full-time employee. And records say that she served as a hospital employee for about 13 years. She then worked as a retailer. And then, when one of her close friends suggested trying her luck in Mrs. Minnesota in the United States, she took the guts to accept that recommendation. And to her potential, she bagged the trophy. And it would be worth mentioning over here that she was the first Hmong woman to achieve this honor. Along with all these things, Kellie Chauvin has also worked at local hospitals as a translator.

All these things add up to her wealth. Along with this, she also had a joined ownership of Minnesota’s Oakdale home with Derek Chauvin. And it was worth $273,800. Along with this, she also had joint ownership of a townhouse in Florida. And it was worth $226,282. Following the divorce settlement, she must have got a considerable amount of money. And it is believed that Kellie Chauvin received $704,000 due to the divorce settlement with Derek Chauvin.

Kellie Chauvin was born on 21st October 1974 in Laos. When she was just three years old, her family moved from Laos to Thailand. It was during the Laotian Civil War, because of which she went to Thailand as a child refugee with her family. They lived there for a few years, and then finally, in the October of 1980, her family shifted to the United States. Where they settled in Eau Claire, Wisconsin. She began her formal education in 1984 when at the age of 10, she went to kindergarten.

At the age of 17, she was made to marry Kujay Xiong. She was made to marry at such a tender age because, according to her, Hmong parents believe that if the girls are not married before touching the age bar of 18, they will never marry! But her marriage was filled with several speed breakers. But she tried her best to make the relationship look smooth. And it was only after ten years that she took the bold step of moving out of the relationship. But soon after the divorce, news came that he had passed away.

Then she met Derek Chauvin. And in 2010, the couple had exchanged their wedding vows. And following the huge criminal charges on her husband, on 28th May 2020, she applied for divorce from Derek Chauvin. Derek was charged with second-degree murder, third-degree murder, and manslaughter. His cruel act had taken the life of an innocent man named George Floyd! 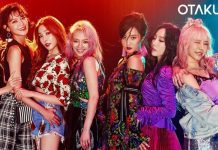 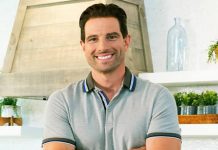 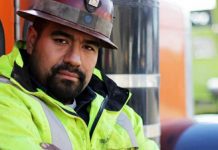