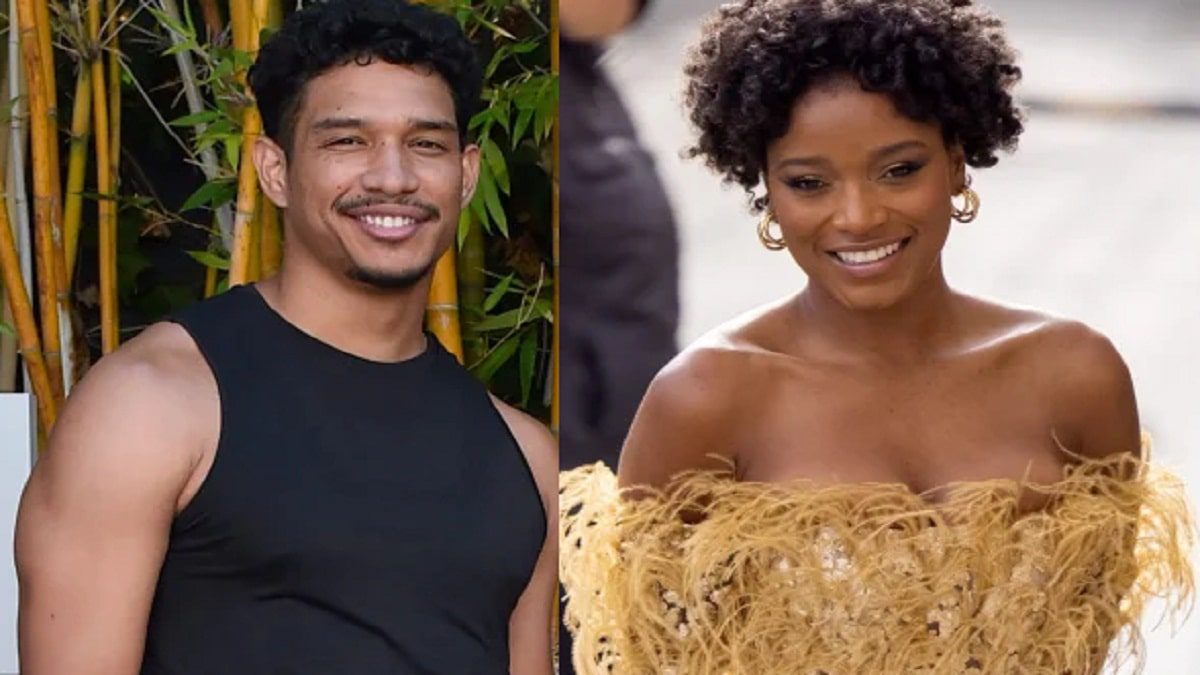 Want to know more about Keke Palmer Boyfriend? Actress, singer, and Television personality  Keke Palmer is a fan-favorite personality and rose to huge prominence over the years. Palmer has made her way into Time Magazine’s list of the most influential people in the world back in 2019. She kick-started her career with the popular Nickelodeon show, True Jackson, VP. It seems like the actress is basking in love this year, and fans are curious to know about her mystery man.

Fans have seen Palmer in the dark comedy horror series Scream Queens. She later went on to star in the multi-starrer flick Hustlers.  She went on to bag her first-ever Primetime Emmy nomination for her work in Keke Palmer’s Turnt Up with The Taylors. Last year, Keke Palmer achieved a huge milestone as she became the first woman of color to host the 2020 MTV Video Music Awards. Let us take a look at all the details about Keke Palmer Boyfriend.

Keke Palmer Boyfriend 2021: What Do We Know?

It seems like Keke Palmer’s life is love-filled, and fans recently just got a glimpse into her personal life! The actress’s beau Darius Jackson recently took to Instagram to wish her in a heartfelt post. While calling Keke a blessing from above, Darius uplifted not one but several mushy pictures of the two while wishing his lady love on her birthday.

If you are curious to know more about Keke’s beau, Darius is a show host at Bleav Podcast Network and a production supervisor at Inspire Fitness US. He also has a celebrity brother as Darius is the younger brother of Insecure star Sarunas J. Jackson. Moreover, in a recent tweet, Keke Palmer also revealed on Twitter that the couple met at popular rapper Diddy’s party. We might get to know more about it in the coming time.

Keke Palmer Opens Up About Keeping Her Dating Life Private!

The Hustlers actress has recently opened up about her dating life and why she prefers to keep it away from the media spotlight. Palmers says that does not really do relationship stuff online, and that is mainly because she doesn’t know how she would do it without looking cheesy. Nickelodeon also wished the star on her birthday. Take a look at the social media post.

it's true, it's @KekePalmer's birthday!! hope you have an incredible day 🎉 pic.twitter.com/l7iDVq2yRz

She further says that while she is a hundred percent authentic, but there is stuff that I do save for family and friends. Keke Palmer once took to Instagram and said that she is single till married! The star rarely mushy posts and likes to keep it that way. The Hustler star has time and again said how she would not date someone from the industry.  Keke Palmer earlier was rumored to be dating model Mae Seven.  The two have not confirmed band the relationship was short-lived as it soon frizzled off. Now the star has found love with Darius Jackson.

Did The Actress Earlier Someone From The Industry?

It seems like Keke Palmer is not quite on board with dating someone from the industry! While it is not news that Bachelorette star Mike Johnson asked her out in public on Strahan, Sara & Keke, the star has her reservations. She had earlier revealed that it scares her to date people in the industry. She went on to say that she was pretty surprised with Mike asking her out.

Keke Palmer has earlier romantically linked to Meek Mill and her Brotherly Love costar Quincy Brown. While she rarely speaks publicly about any of her relationships, she was allegedly dating Rodney back in 2012, but things did not end well. Palmer once admitted that it is the easiest when one doesn’t date someone with the same career. Several celebs have earlier admitted how it is more convenient to date someone outside the Entertainment industry. Keke was earlier linked with August Alsina. However, the star cleared the air stating that they are just good friends and nothing more than that. These rumors were soon put down to rest.

Also Read: Lauren London Boyfriend: Who is the Actress Dating in 2021?