Kdramas To Watch During Halloween This Year 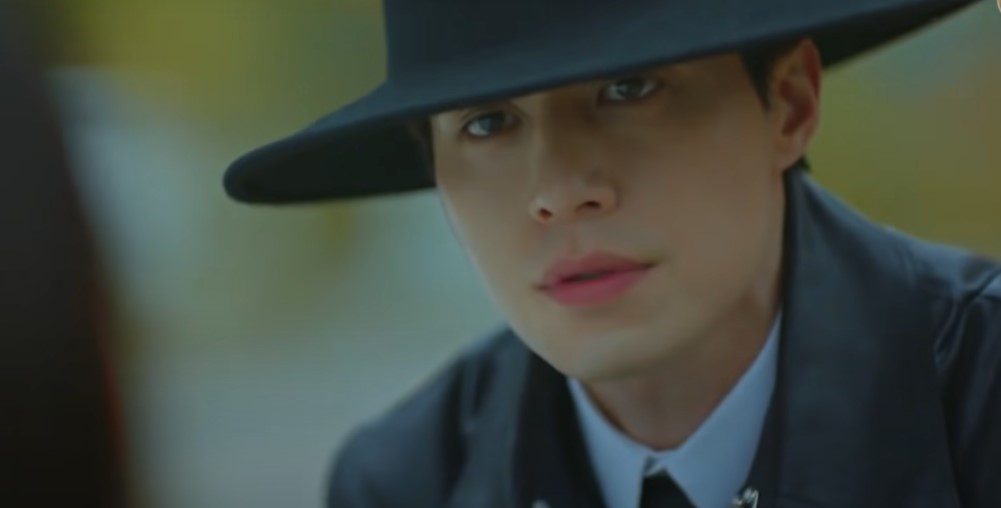 Kdramas to watch during Halloween

October is the usual month for spooky movies, trick or treating, and horror movie marathons. Why? Because it’s Halloween time! In consequence, we at Otakukart prepared for you a list of Kdramas to watch during Halloween. Last year, the COVID-19 pandemic surely ruined many Halloween costume parties and get-togethers. But with vaccinations, social distancing relaxations, and the general chill mood of October, let’s sit back and enjoy the show. So bring out the popcorn!

These recommendations go from light to scary and everything in between. So, you can have a range of choices. After all, variety is what life is all about. Some series stream on iQIYI and Viu, others in the streaming giant Netflix. That mixes it up a little bit. After all, Netflix does have a wide variety of Korean productions. But since this article is a niche post exclusively focused on Halloween, we had to go to those sites. Now, without any further ado, let’s begin!

Kdramas to watch during Halloween

Let’s kick off this Kdrama Halloween marathon with a Netflix recommendation. Firstly, we have to talk about “Kingdom,” it is an excellent Korean production with two seasons. The first season of Kingdom follows Crown Prince Lee Chang (Ju Ji-hoon) and his servants as they investigate a growing political intrigue and reports of the King of Joseon’s death. Chang encounters friends who attempt to stop the disease from spreading into the province in the middle of the turmoil and death, only to find that the illness has already adapted. The second season starts during Lee Chang’s battle to rescue his people from the disease and his dynasty from the evil Haewon Cho clan.

Missing: The Other Side

This second recommendation is available on iQIYI and Viu. It tells the story of Kim Wook in the Duon village. Wook utilizes his excellent looks and smooth speech to defraud others. A nasty man brings him to Duon Village one day. Quite the opposite. It’s a location where the undiscovered dead dwell. The outside world cannot see this hamlet, but Kim Wook can. He is attracted to these individuals and helps them solve their deaths.

This Kdrama is available on Netflix, Viu, and iQIYI. So Ji-sub (Joo Joong-won) is the chilly and distant CEO of Kingdom, a conglomerate that comprises a large department store and hotel. He encounters Tae Gong-shil (Gong Hyo-jin), a depressed man who began seeing ghosts after an accident. Their lives take a new turn when they find that if Gong-shil touches Joong-won, the spirits that surround her vanish; after much begging from Gong-shil, she agrees to let her remain by Joong-side won’s in exchange for helping him retrieve a wealth taken from him during a kidnapping attempt.

Guardian: The Lonely and Great God

Kim Shin (Gong Yoo), a well-known Goryeo Dynasty military leader, was charged with treason and killed by the young king. Years after his death, the Almighty condemns him to stay immortal forever, tormented by the pain of seeing his loved ones die in retaliation for the soldiers he killed to protect his country. Despite his terrible past, he becomes an immortal goblin, utilizing his powers to help others and becoming a kind person. The only way to stop his dreadful life is with the aid of the Goblin’s wife, whose assistance in pulling out the blade will put an end to his painful eternity.

Ji Eun-Tak (Kim Go-eun) is a perky high school girl who, despite her sad past, stays optimistic and positive. By accident, she summons the Goblin, and their destinies become intertwined. Yoo Deok-Hwa (Yook Sung-Jae), the Goblin’s nephew, rents the Goblin’s home to a Grim Reaper (Lee Dong-wook), and the two wind up living under the same roof. Ji Eun-Tak begins working part-time at Sunny’s Chicken Store, which is managed by a charming young lady (Yoo In-na). A deeper narrative emerges as the lives of Kim Shin, Grim Reaper, Ji Eun-Tak, and Sunny intertwine since they are not simply strangers who met by accident but individuals with deep-rooted relationships. This series is available on Viu and Netflix.

Master and Commander Sequel: Is it in the Making?