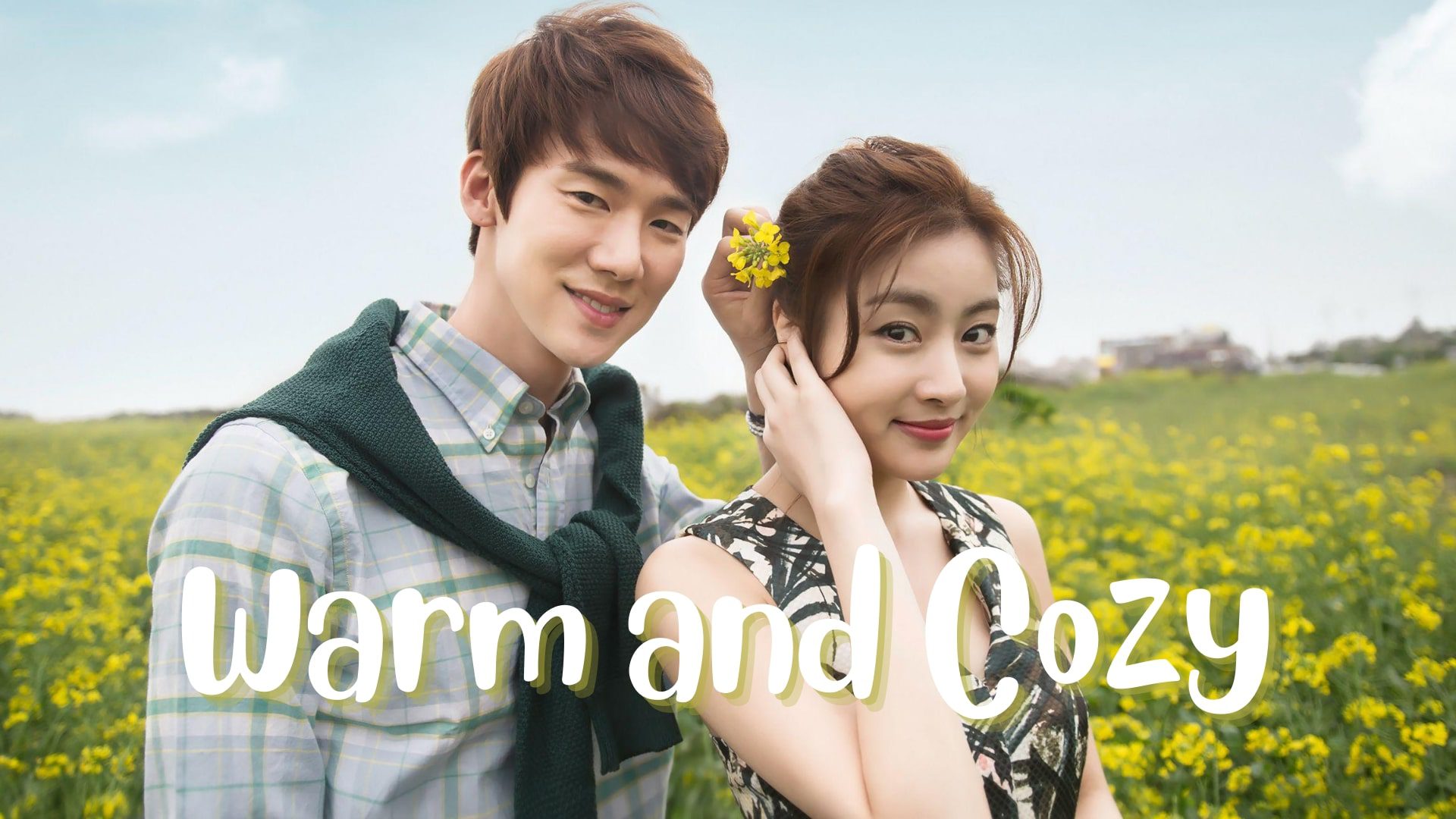 Here is the kdrama of the day, Warm and Cozy. Warm and Cozy follows a wounded pair that meets at the beautiful healing place, Jeju Island. The kdrama received mixed reviews for its simplistic rom-com plot. Initially, the story starts pretty well, and viewers enjoy the adorable bickering scenes between Kang So Ra and Yoo Yeon Seok. However, at one point, the plot is dragged unnecessarily. Still, it makes you continue moving on. All cast members of Warm and Cozy kdrama gave their best shots. It keeps you wondering till the end about the romance between the leads.

Not many know but Warm and Cozy is one of Hong Sisters’ works. They have been popular for many excellent storylines such as You’re Beautiful, My Girlfriend Is A Gumiho, The Master’s Sun, Hotel Del Luna, etc. Warm and Cozy is a romantic comedy-drama written by Hong Sisters (Hong Jung Eun and Hong Mi Ran) and directed by Park Hong Kyun and Kim Hee Won starring Kang So Ra and Yoo Yeon Seok. It is a tale of two people who come to heal their wounded hearts on the Jeju Islands. It has captured breathtaking scenes of the Jeju Islands with mouth-watering dishes that will keep you going on. The kdrama is one of the dramas where romance comes in the ending episodes, giving you slow sweet torture!

The kdrama Warm and Cozy falls under comedy, romance, and drama genres. It is a tale of two people with past relationships trauma, and now they have come on a beautiful breathtaking Jeju Island to heal their wounded hearts. In a few seconds, Lee Jung Joo’s life changes for the worst as she losses her job, which she has been working for years, and even her love cheats on her during her miserable time. Thus, she leaves everything behind and hoops on a new ride and comes to Jeju Island to begin her fresh start. 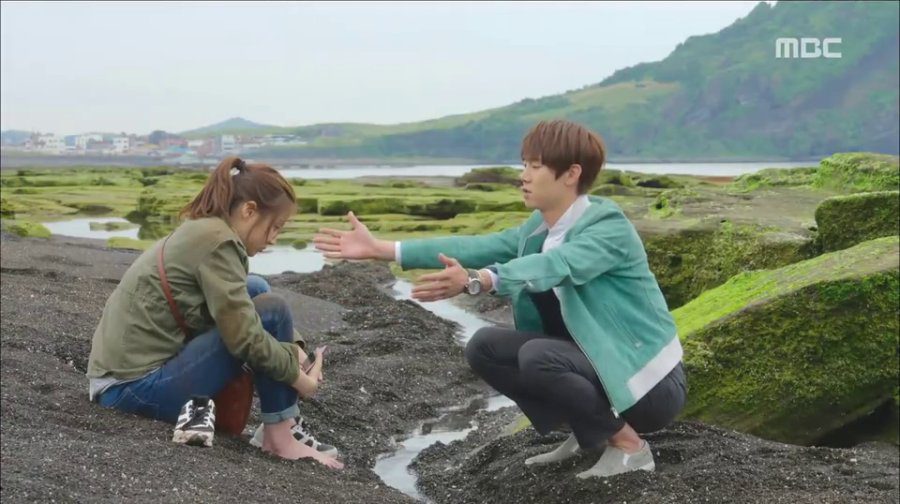 Meanwhile, Baek Geon Woo is the youngest child who comes from a wealthy family. To impress his first love, Geon Woo opens a restaurant, ‘Warm and Cozy,’ on Jeju Island. However, it seems new love knocks on his door with Jung Joo’s entry into his life. The two entangle in each other’s lives. While bickering, blaming, yet understanding, supporting, Geon Woo and Jung Joo fall in love with each other, slowly but surely.

The South Korean drama Warm and Cozy will warm your heart with its simplistic rom-com plot. Initially, the storyline starts with sweet bickering between the leads and ending with their sweet romance. Warm and Cozy Episode 16 wraps up all loose ends of the plotline, ending it on a happy note. All characters get their own happy endings.

The highlight of Warm and Cozy kdrama is the truth behind Hae Shil’s husband’s death. In the last episode, Geon Woo’s father meets Hae Shil. It has been more than decades since she wants to know the truth. Hae Shil bluntly asks Geon Woo’s father who is the real killer, he or the woman he loves. However, he scoffs, stating he will not spend 15 years in prison for a crime he did not even commit. Geon Woo hears that conversation. However, we all know the person driving the car was Geon Woo’s mother, and at the time, she was pregnant with him. Therefore, it makes sense that Geon Woo’s father took the blame instead of her. Till the end, his father does not seem to have any intention to reveal the truth. 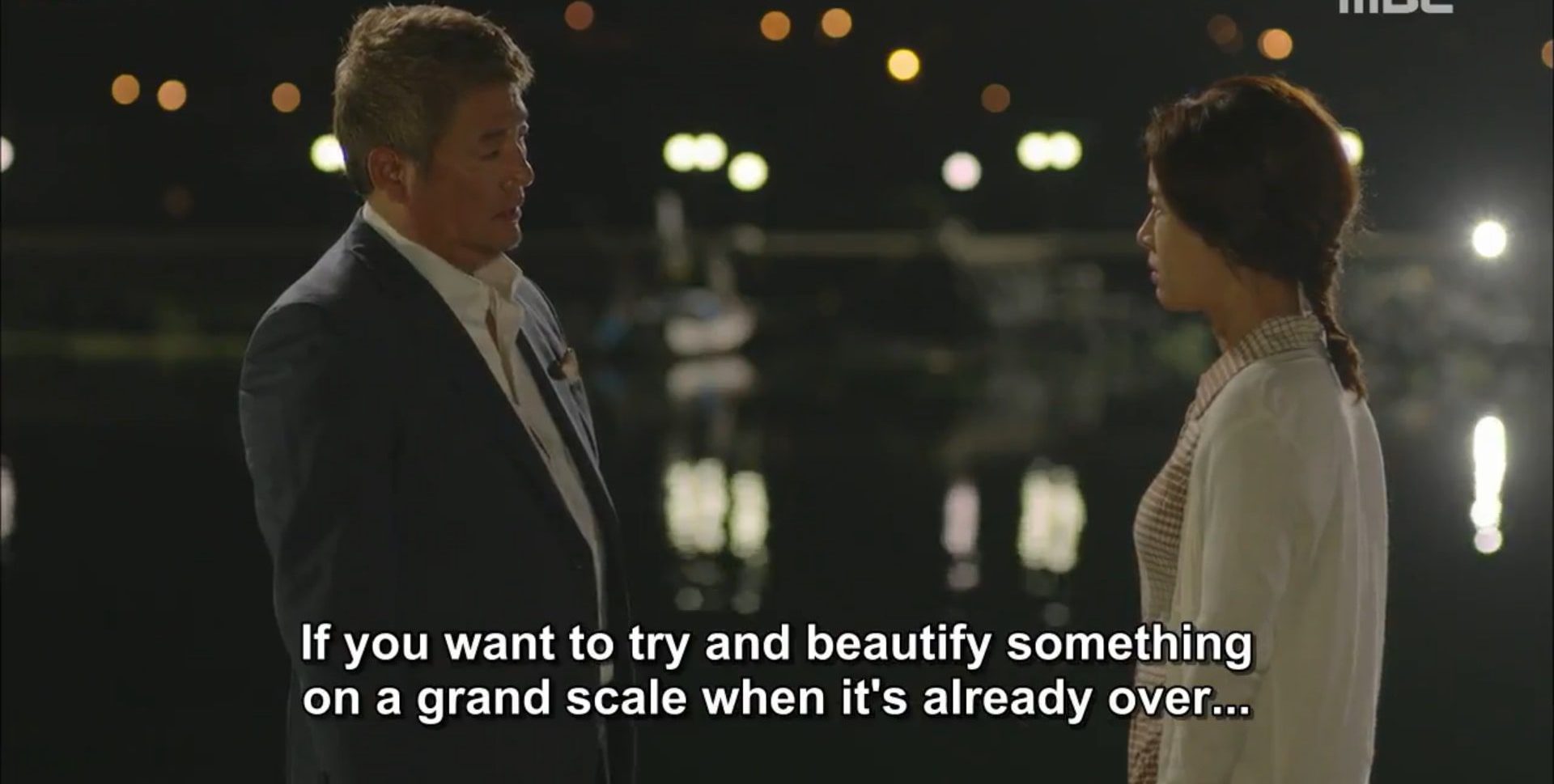 Thus, Hae Shil accepts it knowing that is the only thing that will make her keep going rather than tying her to the past. Even after learning the truth, Hae Shil decided to give Jung Geun another chance. After all, it is not his fault that Hae Shil’s husband died. She chooses to ignore the fact he knew her identity and still approached her. We cannot deny, the heart wants what it wants. She holds the hand of the man who is willing to spend the rest of her life with her, giving her the happiness she deserves. By Warm and Cozy kdrama ending, Hae Shil and Jung Geun decide to move to Japan to start their new life, full of joy.

The second leads of Warm and Cozy kdrama also deserve their own happy endings. Ji Woo finally decides to marry her fiancé. Throughout the drama, she creates various problems for the leads. Thus, when the result does not turn out to be in her favor, she gives up. Knowing Geon Woo is not planning to take over the heir title, Ji Woo leaves him. It shows that status, power, wealth matter most to her than pure and simple love. Therefore, she settles with her fiancé, Joon Hee (Son Ho Jun), an heir of a big company.

While everyone is coupling, how can we leave Mr. Mayor aka Hwang Wook? Warm and Cozy kdrama Episode 16 brings a new turn in Mayor’s love life. Many fans love Mayor’s gentle and caring nature. Sadly, our female lead did not notice it. But someone else definitely did, and that is no other than Geon Woo’s sister, Hee Ra. It shows that after saving her, Hee Ra falls for Mayor’s charming nature even after knowing he used to like Jung Joo. Even though they have not been together yet, Mayor and Hee Ra will make an adorable bubbling couple. Finally, Mayor has found someone who will cherish him. 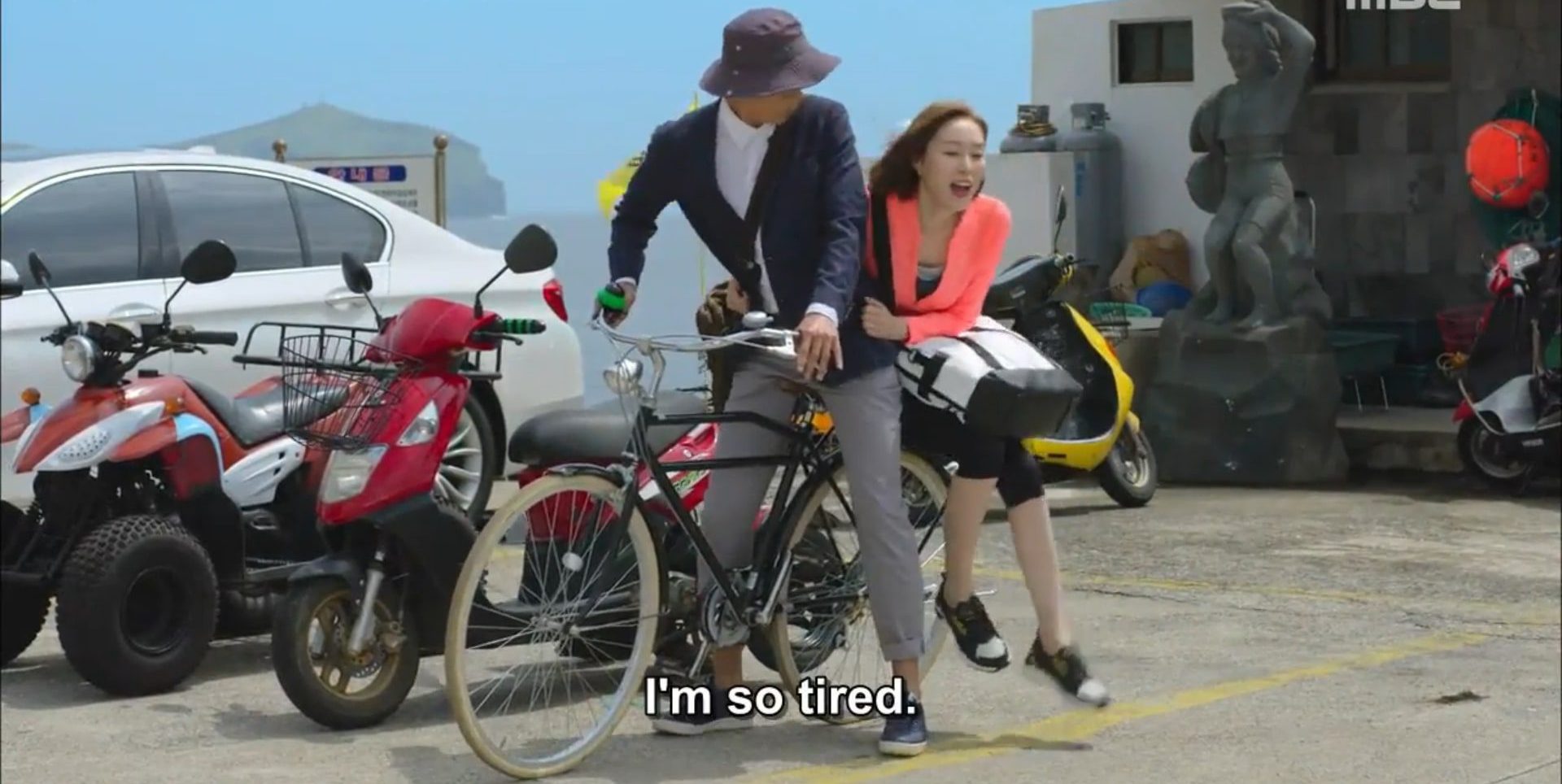 Mayor and Hee Ra from Warm and Cozy kdrama

Jung Joo and Geon Woo Step Up Their Relationship

Here comes the leading couple of Warm and Cozy kdrama, Jung Joo and Geon Woo. This couple has been through a crazy roller coaster ride before they even get together. Initially, the two thought they were twins, which turned out to be false. Throughout the drama, Jung Joo and Geon Woo show various trust issues. It is because of numerous misunderstandings and the previous relationship trauma that cause various drifts between their sweet relationship. 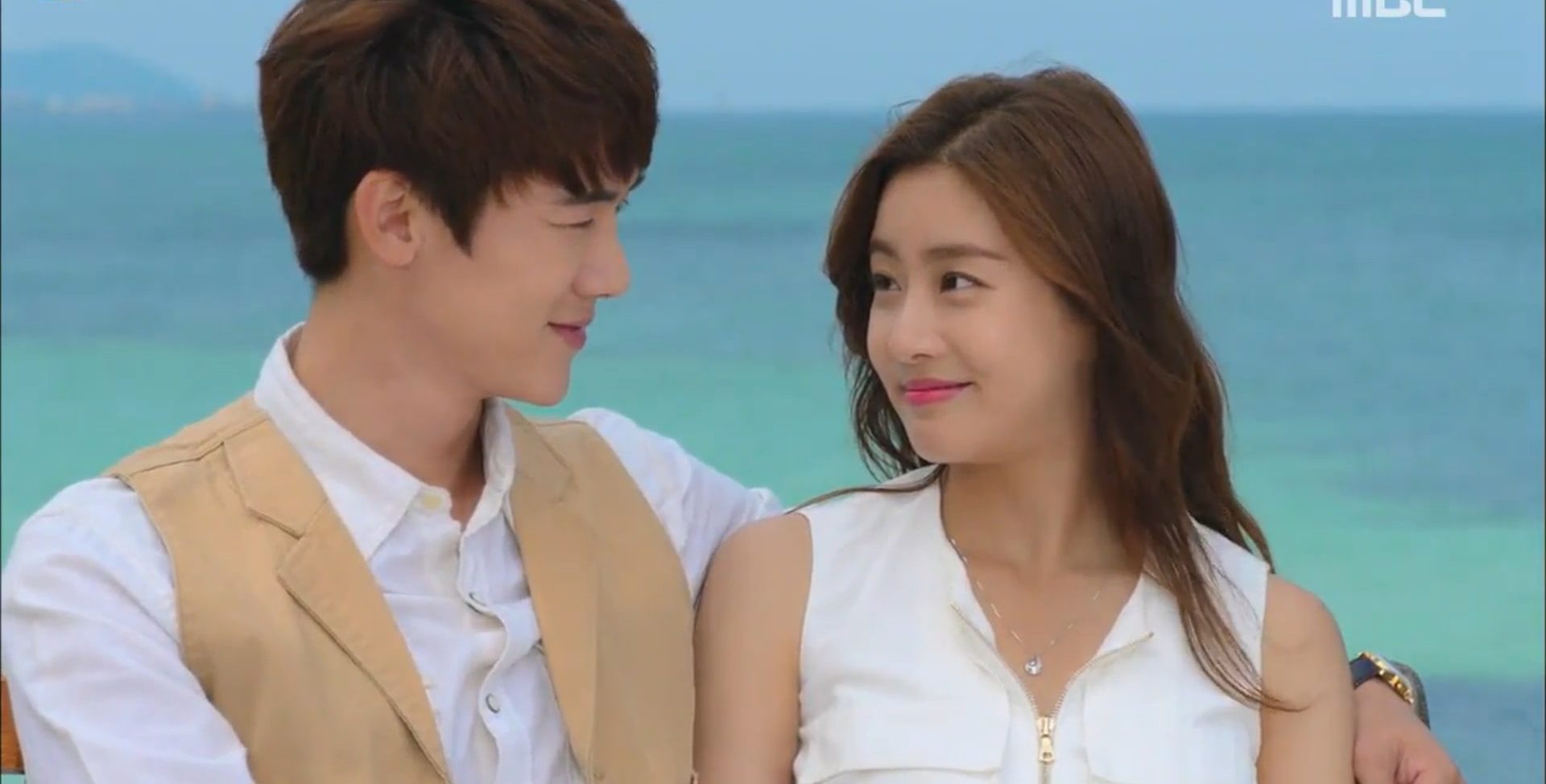 It takes them fifteen episodes to finally confess their real feelings. Even the half of the ending episode they spend confessing their love and opening up about their scars. Eventually, all matter is the two has begun trusting each other. It is still a long way, but Jung Joo and Geon Woo will carry it together this time. Thus, Warm and Cozy kdrama ends with the two embracing each other in their little warm and cozy world.

Warm And Cozy Kdrama Review: Watch It Or Skip It?

The light rom-com Warm and Cozy indeed deserves a one-watch. It received mixed reviews during its airing time. It is not the brightest drama you will see, but sometimes it is good to see something different. Warm and Cozy will bring you on an emotional roller coaster ride showing you different shades of the drama. It is full of comedy and romance, but at one time, the storyline drags so much. The drama somehow losses its touch in the middle point and gets back to the ending. 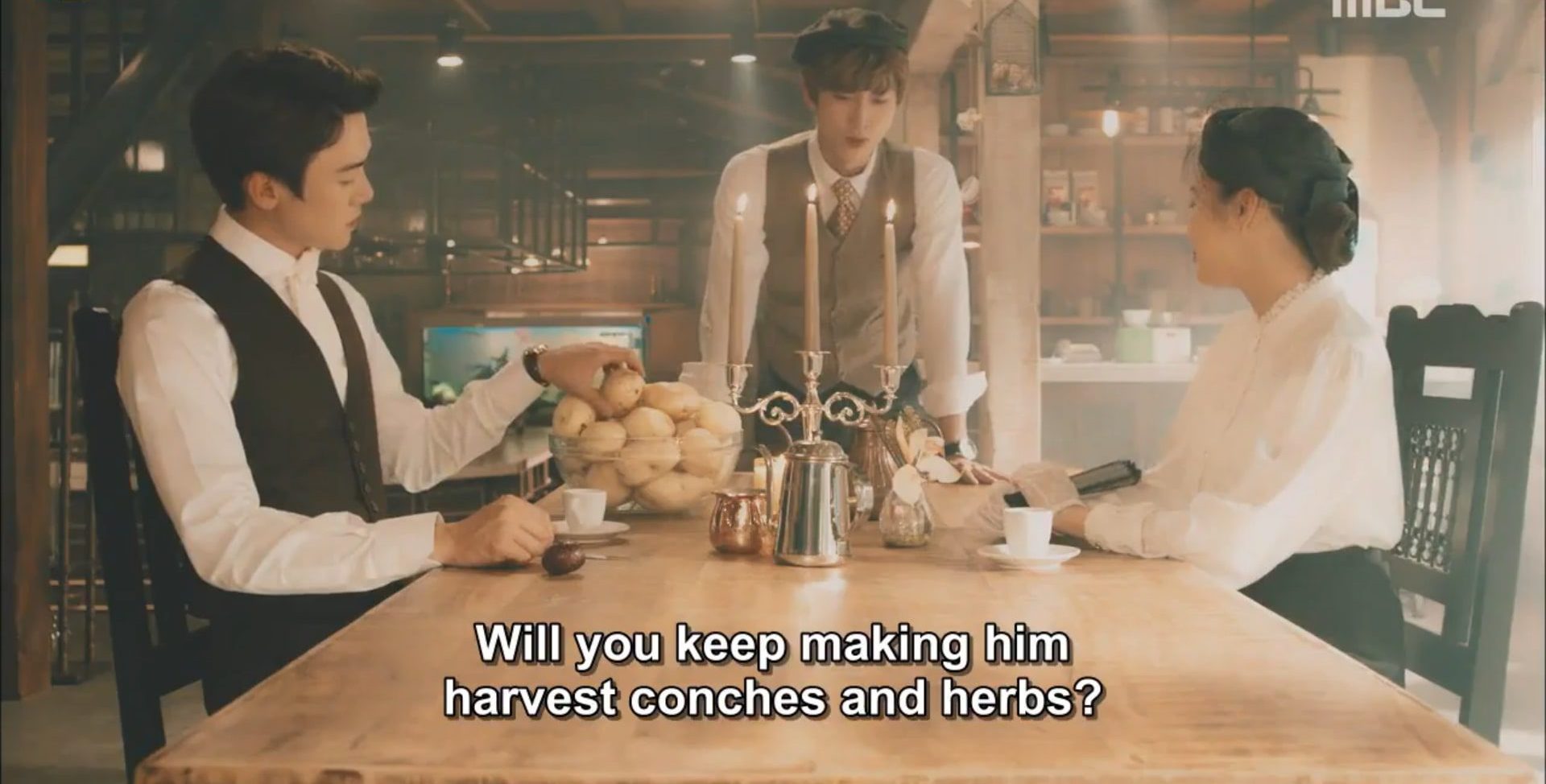 Warm and Cozy would have been a better drama with fewer episodes and a well-written storyline. It is one of the workpieces of the Hong Sisters. However, Warm and Cozy did not match their colors. Its reviews were mixed with positive and negative comments. It seems they purposely stretched the storyline to make it 16 episodes. Nevertheless, the drama will make you keep going on. If you enjoy light rom-com with cliché plot and beautiful Jeju Island scenarios, Warm and Cozy is your cup of tea to enjoy!

Where To Watch Warm and Cozy Kdrama

Good news for fans, Warm and Cozy kdrama is streaming on Netflix! All international fans can watch it there via the Netflix website or its mobile application. However, if you do not have a Netflix subscription, worry not because Warm and Cozy is also available on Viki and Kocowa with English Subtitles. Keep note, Viki streaming may not be available in some regions, and Kocowa is only accessible in North and South America. All 16 episodes are available on the give online streaming sites. Thus, watch light rom-com Warm and Cozy kdrama with sweet bickering couple on Netflix, Viki or Kocowa!