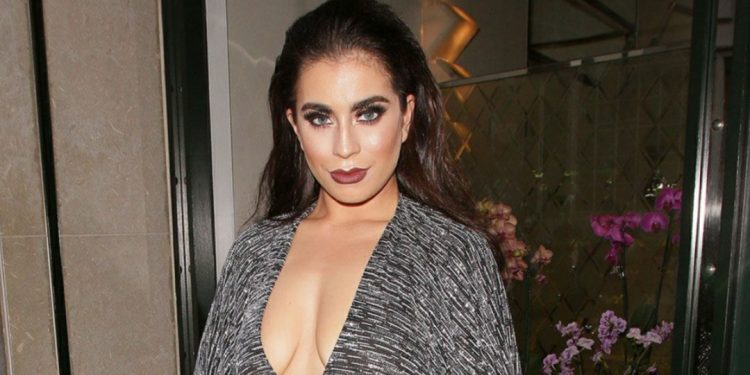 Who is Katie Salmon Engaged to? What do we know about the star’s relationship status? Those who are keen viewers of Love Island must have come across her. Starting from the beginning, Katie Salmon is a glamour model who has starred in the Season 2 of Love Island aired in 2016. She recently got engaged, and the news is ruling over the internet. Katie Salmon gained popularity for pairing up with someone of the same gender in the Love Island show, making history. Her partner was the late Sophie Gradon. Now, this social media personality, Katie Salmon, has posted the news of her engagement on her social media account.

She has confessed how badly she is in love with her twin flame. Not only that, but Katie Salmon has also shared about the way she got the proposal in detail. It seems like Katie Salmon is very happy to be with her lovable, caring hunky bearded boyfriend. Her fans are very much expecting the news of their wedding real soon. But you must be wondering who is he? You must dig into this article and read it to the end for knowing Who is Katie Salmon Engaged to.

Katie Salmon Engaged: Who is she engaged to?

The television personality Katie Salmon recently announced the news of her engagement. It was on this Christmas Day when she made it to the public. Katie Salmon is engaged to Harry, the love of her life.

Harry proposed to her on the beach in Thailand, where he asked her to be his wife. He got down on his one knee with a diamond ring. Not only that, when asked about Harry, Katie Salmon addressed him as her best friend and her twin flame. With the proposal, she confessed to being the happiest girl alive. Harry claimed that there have been several ups and downs in their relationship. But, they have fought against all the odds together, and he is impatient enough to wait to share the next chapter of his life. He also confessed how badly he wants to take her hand in marriage forever. Katie Salmon gushed over her fiance, Harry. We are so happy for them! The couple is currently living together in Thailand. Now, we are just expecting the news of their wedding to fall real soon.

They have been visiting several exotic places around Thailand and is spending time with different sexy shoots. Nothing much about her fiance Harry is made to the public as he maintains a low profile when compared to Katie. Not only that, but his presence on social media is quite low.

Katie Salmon in 2021 is 26 years old and hails from Wirral. Initially, she worked as a glamour model and has collaborated with various brands. Now, she is a television personality.

She is one of the contestants of Love Island Season 2, where she made history while pairing up with the same gender, Sophie. But she dumped Katie and left the show to be with her partner, who got eliminated before her. As of December 2021, her Instagram account has 262k followers, which are huge. You can follow her on the said platform for getting more of her life updates as she is very much active.

For pairing up with Sophie, Katie Salmon was once abused by the entire LGBT community. The nuisance was stopped after Sophie died because of excessive intake of alcohol and drug. It was in June 2018 when Sophie died, and she was then 32 years old. Though they broke up, the news of her death was heartbreaking to Katie Salmon.

At present, Katie Salmon and Harry are leading a blissfully happy life, and we are expecting them to get married real soon. Good luck for the rest of their lives!

Also read: Who Is Eboni Williams Dating & Why Did She Call Off Her Engagement?