Actress Kathryn Newton has entered the Marvel Cinematic Universe in 2021 and is quite in limelight. 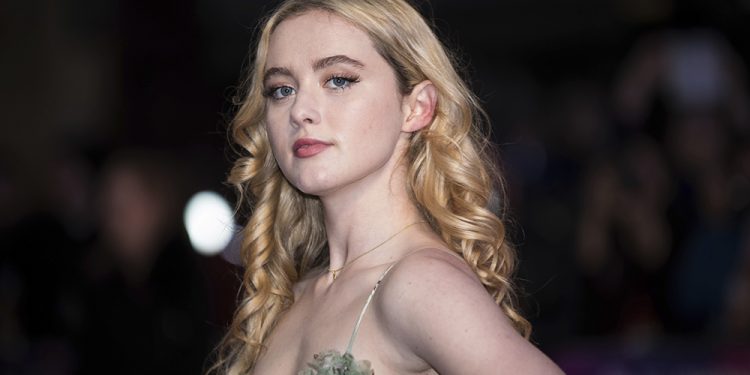 Kathryn Newton is becoming Hollywood’s one of the most sought actresses with an upcoming run in the MCU. So, what is Kathryn Newton’s net worth? Kathryn is already known for her dedication and roles before entering the Marvel Cinematic Universe. But, her run with the MCU would bring even more popularity to her. Well, she may not earn as much as the other cast of the MCU and not have a high net worth like them as she has only joined this year. However, the upcoming years will definitely see the rise of her net worth.

As for Kathryn, she is very grateful that she got the opportunity to join the Marvel universe. She said during an interview just after landing the role that she cannot talk about her role as she is not on the set, and she does not want to jinx anything until she is really making the movie. However, it is a dream come true for her as she loves the MCU so much. She is excited about playing her part. The actress also spoke how she would have said how her dream was to be in a Marvel movie if someone had asked her about it five years ago. Now, the film has also completed filming recently.

Also Read: What is Chiquis Rivera’s Net Worth? How Much Does the Singer Earn in 2021?

What is Kathryn Newton’s Net Worth?

Kathryn Newton’s net worth is estimated to be $2 million currently. Well, most of her earnings are attributed to her acting in several films and TV series. Furthermore, she has joined the marvel cinematic universe this year. She will get seen in the upcoming film in the Ant-Man franchise. One already knows how much a marvel movie makes along with their casts. Newton could be the latest to run with the MCU. But, she too did many movies and TV series ever since she came into the entertainment circle. The actress had already become the center of attention for her roles in various action movies.

How Much Did Kathryn Earn from Her Film and TV Series?

Kathryn had been active in the entertainment circle since 2008 from the All My Children series. Later on, she portrayed the main role in the three series, Gary Unmarried, Big Little Lies, and The Society. Other than that, she appeared in various roles in Mad Men, Dog with a Blog, Supernatural, A Housekeeper’s Revenge, Halt and Catch Fire, and Little Women show. Kathryn’s appearance in the first film was the Bad Teacher that earned $216.2 million in the box office.

Newton’s portrayed the leading role in Paranormal Activity 4, Pokémon Detective Pikachu, and Freaky. All three films were box office hit that earned millions and was way above the box office budget. Thus, she earned a hefty amount from these movies. The actress also appeared in supporting roles in the films, The Martial Arts Kid, Lady Bird, Three Billboards Outside Ebbing, Missouri, Blockers, and Ben is Black. These movies also earned millions and were among the box office hits.

Kathryn Newton is the latest actress to join the Marvel Cinematic Universe. She will appear as Cassie Lang in the Ant-Man and the Wasp: Quantumania. The movie is scheduled for release in 2021. Until now, Emma Fuhrmann portrayed the role in the MCU. However, now Kathryn will take over the role from the upcoming movie. We already know how marvel movies are all-time hits and leave everyone with the end credits. Thus, the upcoming film in the Marvel universe is also expected to earn millions at the box office.

Kathryn Talks About Her Role in Freaky

Kathryn speaks about how she did the Paranormal Activity when she was just fourteen. She was very grateful for that experience and thought she could do anything after that. The actress is very grateful that Jason Blum and Chris Landon called her again as she has been dying to work with the duo once more. The Freaky was just perfect for her as she had been trying to work with Chris Landon for years. She was also like that she could not believe she could do the role when Chris said to her that she was his dream casting. But, she also felt that she would do anything for him.