Katharine McPhee and Michael Morris started dating each other while they were married to their significant others. 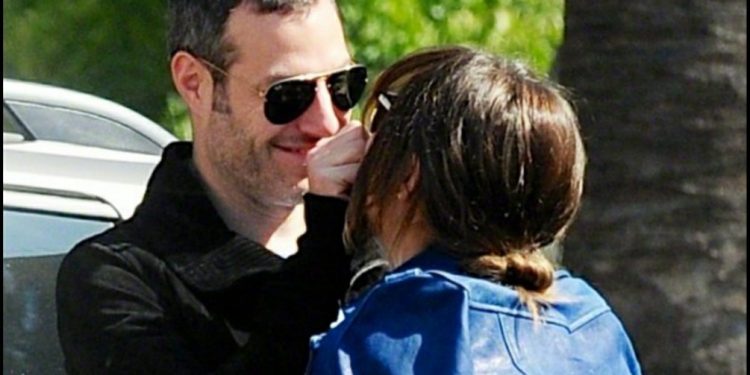 Many of you are still unaware of the affair between Katharine McPhee and Michael Morris. Starting from the basics, Katharine Hope McPhee is an American singer who gained prominence with her active participation in the reality show American Idol Season 5 in 2006. Besides singing, she has also acted in some films like ‘The Tiger Rising’, ‘The Lost Wife Of Robert Durst’, ‘Peace, Love & Misunderstanding’, ‘The House Bunny’, ‘You May Not Kiss The Bride’, and many more. On the other hand, Michael Morris is an English television producer and director. He has directed a wide range of films and series like 13 Reasons Why, House of Cards, Shut Eye, Better Call Saul, Smash, etc.

At the time when they met each other, the duo was already related to their significant others. However, that didn’t stop them to begin an extra-marital affair. Unfortunately, this didn’t work for a long period. What happened next? If you want more details about the affair of Katharine McPhee and Michael Morris, you need to stay with us till the end of this article.

Also read: Maurizio Gucci’s Love Affair: What Is The Real Truth Behind it?

The actress Katharine McPhee and the director Michael Morris were working together for a musical drama that was supposed to be airing on NBC. Due to some reasons, the drama got canceled. However, that’s the place where the duo met each other for the first time. A new story began since then!

During that time, Katharine McPhee was married to manager Nick Cokas. While Michael Morris was married to Marry McCormack. However, that didn’t stop Katharine and Michael to start their romance. Their goofy, smooching pictures went viral. Not only that, but the couple was also spotted together several times, holding each others’ hands in the streets. It was very much shocking for Mary to see her husband cheating on her. She found it difficult to believe that Michael was seeing someone in real in the presence of her and his children. After knowing this, Michael’s wife didn’t want to continue but to get separated.

This extra-marital affair not only led to the end of Katharine’s six years of marriage to Nick but also ended Michael’s ten years of marriage with Mary. The former couple, Katharine and Nick, got separated in 2014 but didn’t get divorced from each other. When asked about the split, the actress stated she didn’t regret that as it was her decision. Also, she added that she has learned from it deeply. On the other hand, Michael was already the father of three children – Lillian, Rose, and Margaret. But their relationship came to an end as things about his affair got unveiled.

By now, we all know Katharine McPhee is not only a singer but also an actress. She was born on 25 March 1984 in Los Angeles, California, United States. As of now, she is 37 years old. With American Idol, she also gained fame for some outstanding hit television shows and films including – The Tiger Rising, The House Bunny, Smash, Country Comfort, Scorpion, In My Dreams, Shark Night 3D, and many more. For her amazing performances, she has earned several awards like the Young Hollywood Actress Award, Fox Reality Awards, etc.

At present, Katharine McPhee is married to David Foster, who is a Canadian musician. It’s been a couple of years that the couple has been together, leading a blissful life.

Also, we do know about Michael Morris. He is a famous English director who worked in several television shows. He was born in 1974 in London, United Kingdom. As of now, he is 47 years old. Some of his great works include 13 Reasons Why, Shut Eye, Better Call Saul, Smash, etc. For this, he won several accolades as well.

We wish both of them good luck for the upcoming days of their career.

Also read: Bonnie Langford Split: What Happened With Her Partner?