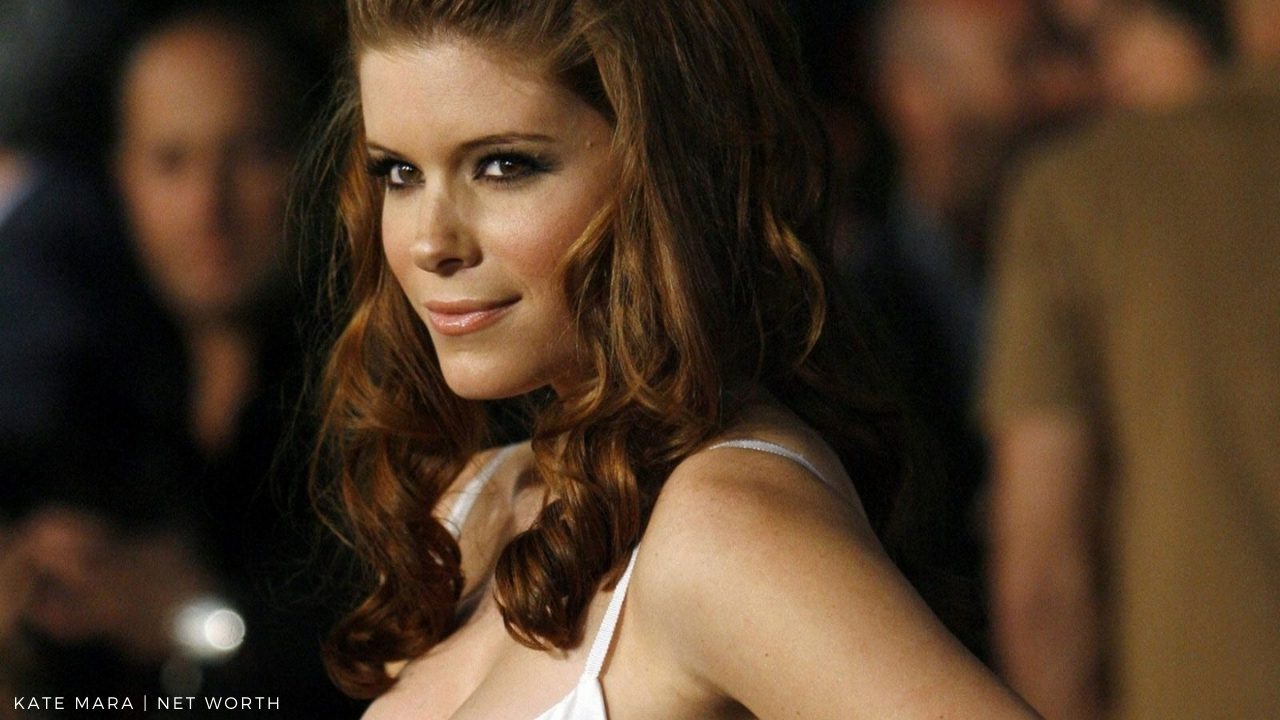 What is Kate Mara’s Net Worth? Kate Rooney Mara, aka Kate Mara, comes from the United States and is a popular film producer and actress. She is prominent for many works, especially for her character portrayal in House of Cards as Zoe Barnes. Kate played a reporter in the Netflix series “House of Cards” and gained recognition for her performance. The show, which had a backdrop of political drama, was a huge hit. She has earned fame and success over the years through her shills in acting and brilliant performances. Let us hop into the details of her life and know more about Kate Mara’s net worth.

Mara’s initial audition was for Homicide: Life on the Street, an NBC network’s police drama. She didn’t get the part, but she realized she wanted to be an actress from that day forward. Mara graduated from Fox Lane High School one year earlier and was admitted into New York University’s Tisch School of the Arts to pursue performing arts, but she postponed her acceptance to pursue a career as an actor.

Kara kicked off her career with her debut performance in the year 1997 in the NBC network’s courtroom drama “Law & Order“. Kate appeared in cameos of shows like Ed, Law & Order: Special Victims Unit, Madigan Men, and many others. She also starred in two shows in 2003 as guest roles in “Everwood” as Kate and “Nip/Truck” as Vanessa. Kate appeared in Boston Public, CSI: Miami, Cold Case, and CSI: Crime Scene Investigation that same year.

Kate Mara was born in New York’s Bedford on 27th February 1983. Kate is the second child of four children of parents Kathleen McNulty Mara and Timothy Christopher Mara, who serve as the vice president of the New York Giants’ player evaluation and also is an NFL scout. Kara has a younger sister who’s an actress ‘Patricia Rooney’ and an older brother Daniel and a younger brother Conor. Her roots go back to the Irish and Italian ancestry with minute links Germans, French- Canadians, and The English. Her paternal family is huge, and Kara’s dad is one among his 11 siblings. This has brought her into many relations with 20 uncles and aunts, and she also has almost 40 cousins.

Mara began acting in a school musical when she was nine years old. She went to various theatrical arts schools for kids and performed in public theatre and school performances. In an interview with Esquire magazine, she describes herself as “painfully timid” as a child, with only one friend.

Tim Mara and Art Rooney, Sr., the creators of the New York Giants and the Pittsburgh Steelers, respectively, are Kate’s great-grandfathers, rendering her a member of two NFL franchises valued at a cumulative of $3 billion.

Kate Mara’s net worth is estimated to be around $14 million as of 2021. Kate Mara has created a name for herself as a result of her appearances in films such as We Are Marshall, Brokeback Mountain, and Shooter. She made her acting debut with the movie Random Hearts. Kate has appeared in several films ever since. Joe the King and Tadpole are two pop films in which she has starred. She also had a role in the film Urban Legends. Kate has also been in a Fox television show, as well as several other Tv series.

Kate has shown her skills in several films, including The Martian, Fantastic Four, We Are Marshall, Chappaquiddick, Transsiberian, Transcendence, Morgan, Stone of Destiny, The Open Road, Megan Leavey, Shooter, My Days of Mercy, Pose, Brokeback Mountain, Iron Man 2, and many more. She has appeared in a total of more than 30 films. Kate has also taken part in many theatre productions like The Alice Complex by Peter Barr in 2005, Landscape of the Body by John Guare in 2003, and L.A.’s Blank Theatre in 2006.

Kate was nominated for a Primetime Awards For best Supporting Actress in a Drama Series. She also had a place in the nominations from the Gold Derby Awards. Mara earned the Face of the Future accolade at the Women in Film Crystal Awards in the year 2015, and she and her “Fantastic Four” co-stars received a CinemaCon Award. Kate also bagged an Award in the Online Film & Television Association for her role in “House of Cards” in 2014.

Kate Mara began a relationship with Jamie Bell, her Fantastic Four co-star, in the year 2015. The couple got engaged in January 2017. The pair confirmed their marriage on 17th July 2017. Mara has become the stepmother of Jamie Bell’s son through his first wife, Evan Rachel Wood, as an outcome of this. The couple had a kid who was born in May of 2021. Kate splits her time between Los Angeles and Manhattan. Stay tuned to know more about the latest updates.