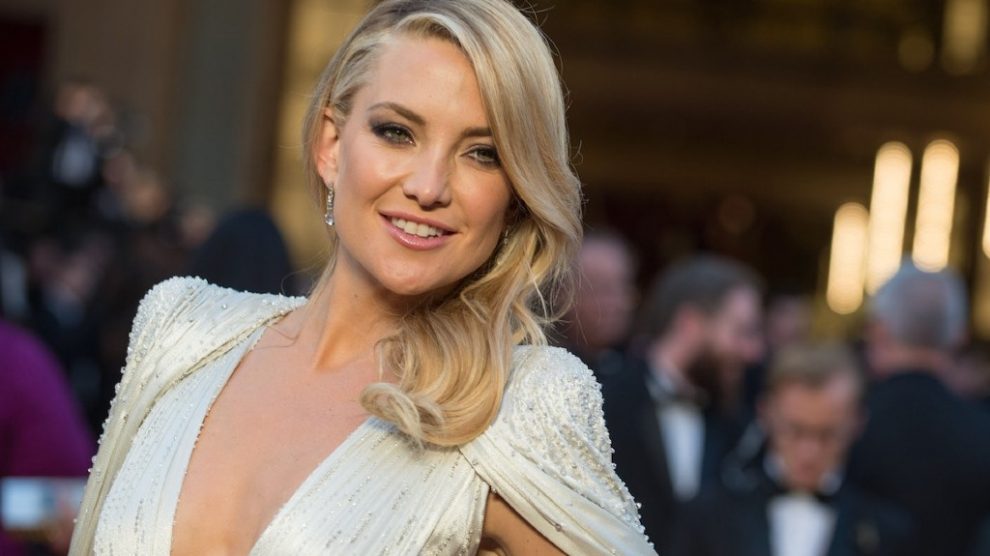 Kate Hudson never fails to amaze the world from acting to being a successful businesswoman. Her beauty never fades, and her notable works in other ventures are still growing. Kate Hudson’s net worth is worth mentioning, from making a name in Hollywood, being the global ambassador for various known brands, creating three businesses, to launching a podcast and books. Apart from that, she is also very much active in her mother’s Goldie Hawn Foundation. She comes from a well-known family wherein almost most of her family members are successful.

She is the daughter of the famous Bill Hudson and Goldie Hawn. Her brother, Oliver Hudson, is also a famous actor. The actress was once married to Chris Robinson, a musician. Recently, she announced her engagement with Danny Fujikawa, a record-company owner. She has three children, two sons, and a daughter. Kate shares her eldest son with her former husband. Her middle-born son is from her former dating partner, Matt Bellamy. She shares her daughter, born in 2018, with her now-fiancee, Danny. Now, let’s have a look into the actress’s net worth in detail.

Kate Hudson’s Net Worth: How Much is the Actress Earning?

Kate Hudson’s net worth is estimated to be $80 million currently. She is not only a famous actress but also a well-known entrepreneur and businesswoman. Furthermore, she is successful and earned her name in both careers. Apart from that, she also has some of her own published works. Recently, she has also become the global brand ambassador for Stuart Weitzman and their holiday campaign for 2021’s face. Well, not only her beauty but also her career is growing day by day. Today, she has her own clothing brand, published books, a plant-based supplement line, and a vodka company. Let’s also not forget her earnings from various endorsements, walking in ramps for various fashion shows, movies, and television series.

How Much Did the Actress Make from her Films?

Kate Hudson made her fame as an actress initially. She has been active in Hollywood since 2006 and made her first appearance in the Party of Five television series. But, the actress is for her films, given her several hits at the box office. There is no official information as to how much she earns from her films, but we do get an idea about it from a film’s box office earning. Her 2003 film, How to Lose a Guy in 10 days, was one of the biggest hits in the box office, wherein the film crossed $10 million upon its release. The film ultimately earned three times more than the original budget.

The actress’s 2006 film, You, Me, and Deupree, crossed $21 million upon its release and ultimately earned $130.4 million in the whole world. Kate’s other box office hit worth mentioning is 2008’s Fool’s Gold. Also, we can never forget about 2009’s Bride Wars, which remains the favorite of many. The film earned more than $114 million worldwide. This year saw the release of two of her films, Mona Lisa and the Blood Moon and Music. Knives Out 2 and Shriver is two of her upcoming movies.

The Bride Wars Actress has Made a Name for Herself in Other Ventures.

Kate launched Fabletics, a fitness brand in collaboration with JustFab, in 2013. Now, the brand has found its name worldwide with twenty-five stores in the United States itself. Her brand earns annual revenue of more than $500 million. Furthermore, she has twenty percent shares in the company reportedly. In 2017, the brand was worth $250 million. The Bride Wars Actress also launched a plant-based supplement line at the beginning of 2020. InBloom is the name of the new supplement brand.

The actress also introduced a vodka brand, King St. Vodka, in November 2019. She also entered into a multi-year partnership with New York & Company, Inc in 2018. Thus, she became the company’s brand ambassador for their Soho Jeans collection, which is $200 million. Kate also became the brand ambassador for WW wellness company that year itself. There is also a podcast of her launched with her brother Oliver in 2019. The podcast is named Sibling Revelry. A capsule collection is also created by her in collaboration with her mother, Goldie.