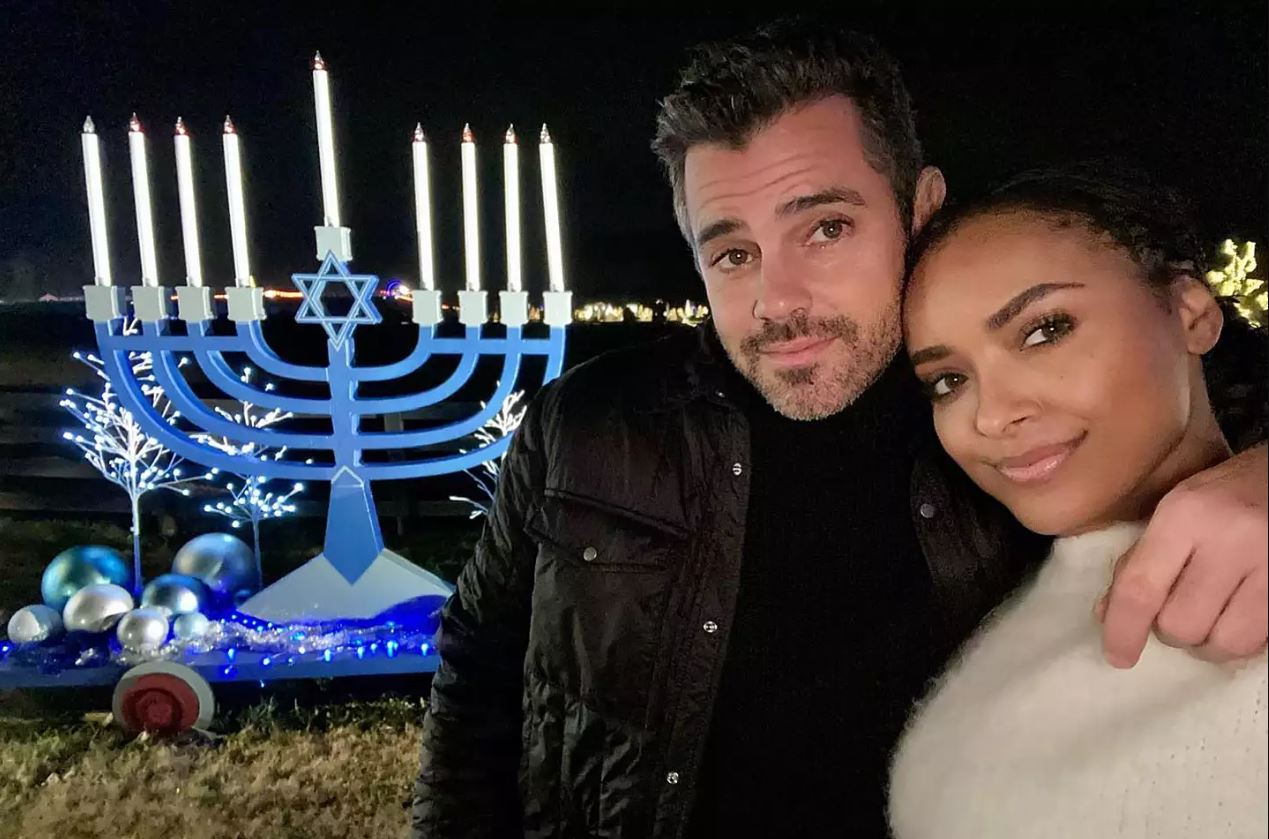 What do we know about Kat Graham and Darren Genet’s relationship timeline? For how long have Vampire Diaries actor Kat Graham and Film Director Darren Genet been dating? Kat and Darren have been seen together for so long. And over the years of dating each other, both of them have gathered a lot of attention from the media and news channels. Well, when two celebrities started dating each other, it became obvious that everyone would sooner or later find out about their relationship. And versatile actors like Kat, who was earlier praised for so many films and series such as The Parent Trap, Vampire Diaries, and many more, always become the spotlight of the town when people found out about her love life.

This time also after keeping her relationship with film director Darren Genet private for so long. She finally accepted that she was in a long-term relationship with Darren. But now the question arises of how long they have been together and what are their further future plans. If you want to know it all, then continue reading the article, and you will find all your answers.

Everyone by now knows that Kat and Darren have been seeing each other for a decade. But people are still confused about the exact years of their relationship. Well, let me tell you. This beautiful couple started dating each other in 2017 when they first met on the sets while shooting for Vampire Diaries. And it’s been around five years of seeing them together as a couple. Hence Kat Graham and Darren Genet’s relationship timeline is around five years and counting. And for around four years, she kept her relationship with Darren full confidential because she didn’t want to repeat the same mistake she did before. This time she was very clear with her thoughts that she wanted to keep this relationship forever. That’s why she never posted a single post or story with him over the years.

And later in 2021, on Valentine’s Day, she finally posted pictures with his handsome boyfriend, Darren. And she even captioned the pictures by writing Happy Valentines Day, Lovey. Moreover, she also posted another picture of the two kissing each other. Besides that, she also sets an example that the age gap in any relationship doesn’t matter as they share almost 20 years of age gap. This proves that both of them are madly in love with each other. And they even wanted to take their relationship ahead as well. After posting pictures of them together, fans went crazy and started spamming their social media account, asking about their further plans for their relationship.

The Truth Behind Kat And Darren’s Engagement

Recently, fans got the answers to their questions. A few weeks back, news came out that the couple is now engaged. And as far as we know, the couple got engaged when they together attended the American Friends of the Israel Philharmonic’s New York Gala. But we are not sure whether they actually got engaged or not, as neither of the two has shared any picture or video of their engagement. But we are hoping that they will soon share pictures of their engagement soon. Until then, we can only assume that they are engaged and planning for their marriage.

Moving further, let’s now flash some light on Kat Graham’s past relationships. And know how many guys she has dated before. Before she started dating Darren Genet, she was in a relationship with Cottrell Guidry.

Cottrell Guidry is an actor and producer best known for his role in American Soul and Criminal Minds. And let me tell you, after dating for two years, the couple even got engaged. But later, they ended up breaking up with each other in 2014 and ended their engagement with Cottrell dating Jay Pharoah in 2015, which she again ended in the same year. After that, Darren came into her life in 2017, and since then, they have been dating each other and really enjoying each other’s company. We are also hoping and wishing that they will get married soon.