The NBA athlete gushed about his ladylove and how she changed him for the better. 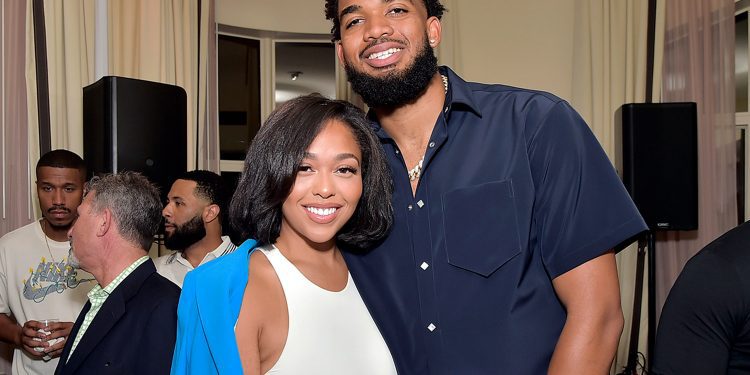 Who is NBA player Karl-Anthony Towns Dating? While Jordyn Woods’ name got embroiled in the entire Khloe- Tristan fiasco, it seems like the social media star and model is doing good for herself. While her professional life is thriving with big sponsorships, Jordyn is enjoying all the love and affection from her man Karl-Anthony Towns. Did you know that Jordyn Woods saw Karl more like a brother before their relationship took a romantic turn!

Karl Anthony has been setting major goals with gushing over his ladylove and recently gifted Jordyn a Porshe for Christmas. From wearing matching attires to praising Woods for being a rock during his crisis, the pair has been growing as a couple. Even followers took to social media to praise Karl and Jordyn’s relationship amidst the ongoing Tristan Thompson paternity test fiasco. However, how did Jordyn and Karl meet? The pair recently spilled all the beans about their relationship and more. Let us take a look at all the details and lesser-known facts about Karl-Anthony Towns Dating.

Who Is Karl-Anthony Towns Dating?

Young athlete Karl- Anthony Towns is dating Jordyn Woods. Jordyn Woods recently opened up all about her blooming relationship with the athlete and how they fell in love. The two were friends at first and Woods revealed how she initially saw Karl-Anthony as a brother figure! 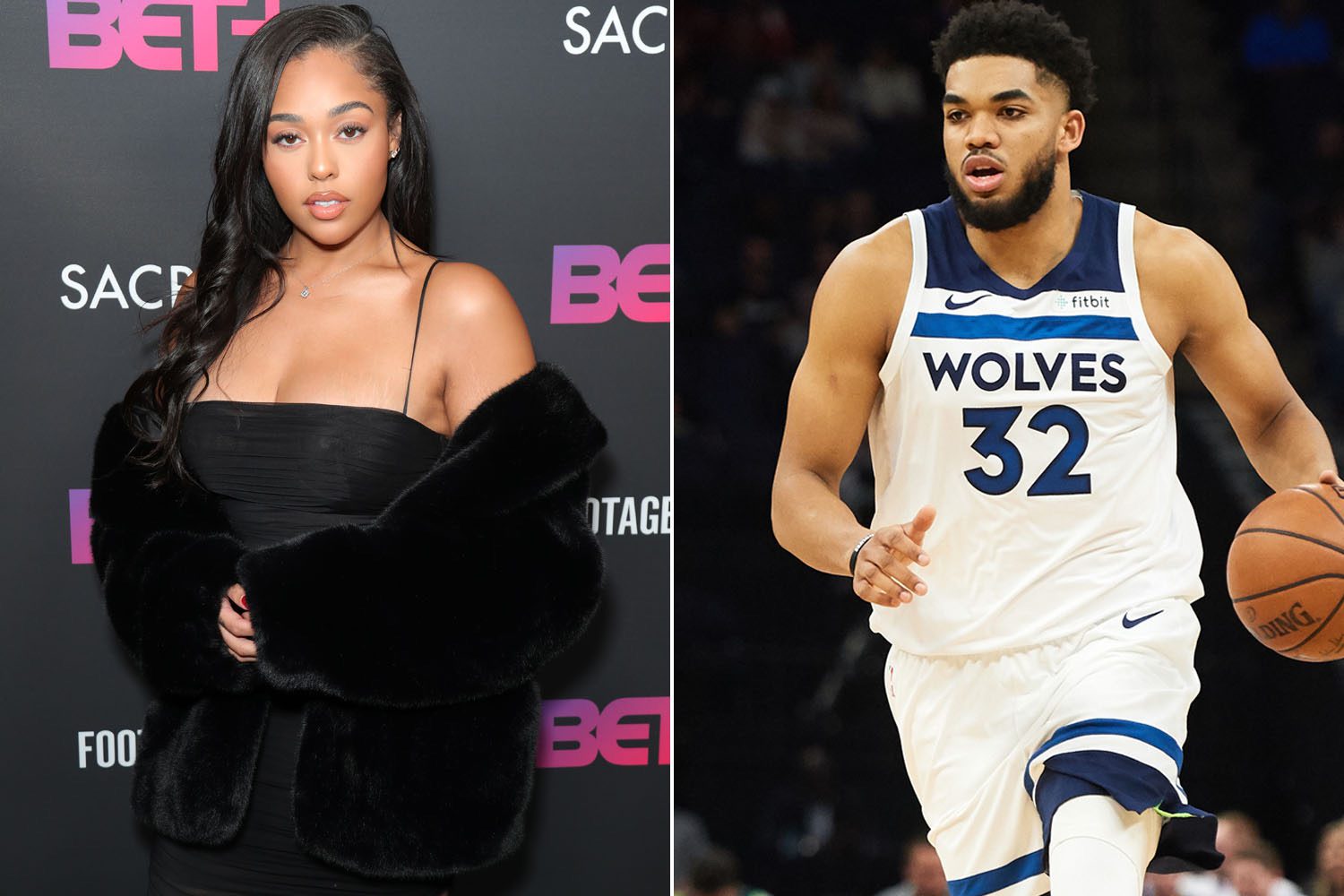 Karl-Anthony further added saying that he and Jordyn met years ago through common people and just became friends then. However, in due course of time, their relationship grew where they became more than friends. They went from being best friends and starting to having a deeper relationship. Jordyn Woods came up with a thoughtful idea as she gifted Karl a portrait frame of his Kate mother who died from COVID.

Karl-Anthony Towns Claps Back At The Cheating Rumours!

Karl-Anthony Towns has been accused of committing infidelity and the athlete has finally addressed these cheating rumors. While denying the rumors, the athlete clapped back at haters stating that why would he cheat when he has the hardest girl in the game. Karl further made an even bigger revelation that he would further put a ring on it! Here are a few pictures that Karl uploaded from their adorable date night. The two are often cheering each other on social media with Jordyn sharing snaps from Karl’s match on her account.

While calling the screenshots fake, Karl stated that his relationship is more than solid and he puts that on everything. Jordyn also came in her man’s defense, stating that she is well aware of who started this rumor in the first place. The athlete earlier revealed that once he was hit by a drunk driver in the off-season of the NBA and it was Jordyn, who helped him recover. When asked, Karl admitted that his ladylove has kept him sane and humble through tough times. He further asked everyone to treat their woman like a queen. The athlete further talked about the power of having a good woman in his life.

The NBA Player Revealed How Jordyn Changed His Food Habits!

The athlete recently opened up about his personal life saying how dating Jordyn changed him for the better, even his food habits! The Minnesota Timberwolves star recalled after going to Nobu with Woods several times, he finally caved in and gave sushi a try! That one try surely changed his eating habits for the better as now he is in love with it! 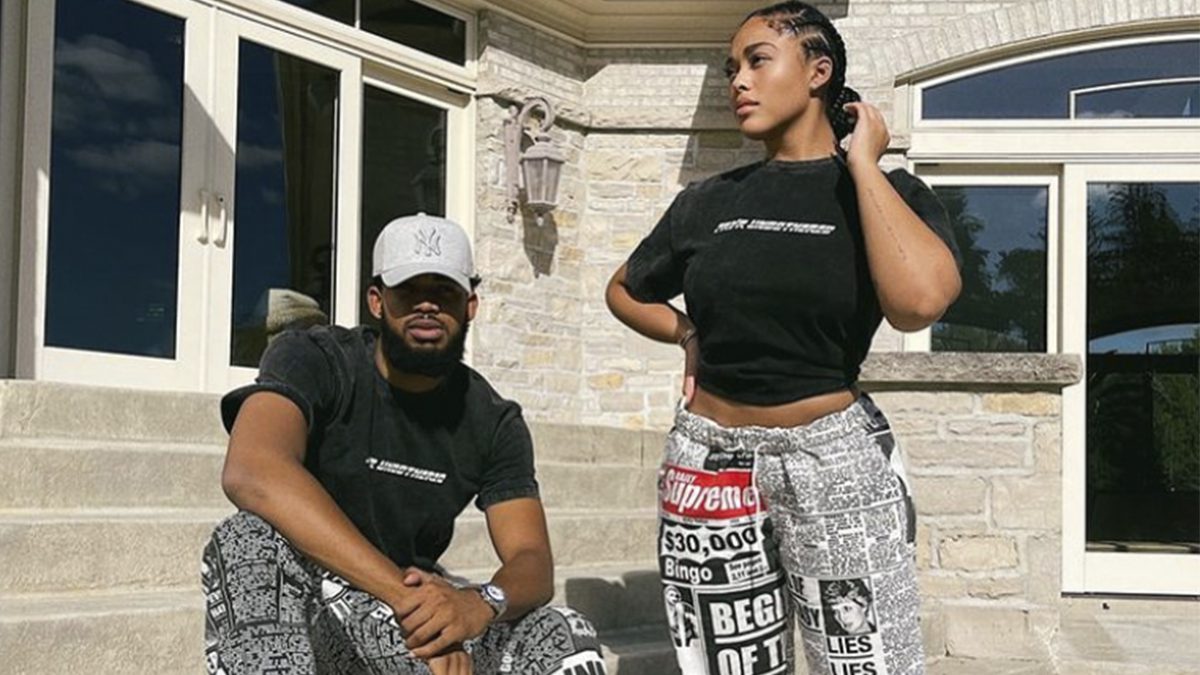 Jordyn later joked about how sushi has taken a more important place in Karl’s life. The athlete has earlier revealed how important Woods has become to him, especially following she supported him after his mother’s death from COVID-19 in 2020. The two bonded over their respective loss and their bond grew to be stronger than ever. The pair recently took a fun couples quiz for a magazine while spilling all the fun details about each other. While giggling and gushing over each other, fans could help but see the two in awe.