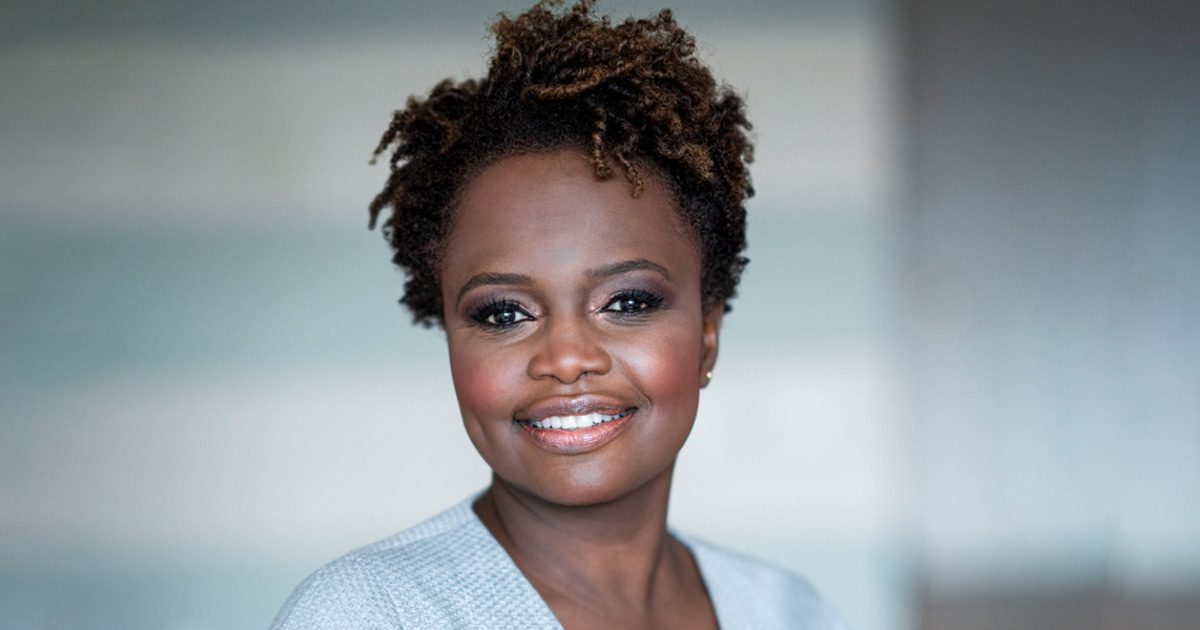 Starting from the basics, Karine Jean Pierre is popularly known for being the first Black person, to be open about her sexual orientation, she is serving as the White House Press Secretary. Talking more about this, she has been serving the same since 13 May 2022. So, it’s not been a long time. Previously, from 20 January 2021 till the above-mentioned date, she played the significant political role of White House Deputy Press Secretary. In this, she replaced Brian Morgenstern.

Born on 13 August 1974, Karine Jean Pierre is now 48 years old. She hails from Martinique, France. As far as her education details are concerned, Karine pursued a BS degree from the New York Institute of Technology. Later, she studied for MPA at Columbia University. She is highly qualified and is worth serving in the prestigious political positions, she is in now.

Besides her political ruling, Karine also penned her book, which goes by the name- Moving Forward: A Story of Hope, Hard Work, and the Promise of America. It was pretty much successful. If you have a keen interest in American politics, this one is something that you must try reading.

Coming back to Karine Jean Pierre’s relationship, she is romantically linked with the love of her life. That’s already mentioned earlier. Well, both are very much in love and often appear together. Be it on social media, professional events, or anywhere else. They appear inseparable. But, who is she? If you are looking for Karine Jean Pierre’s Partner, here are the details. 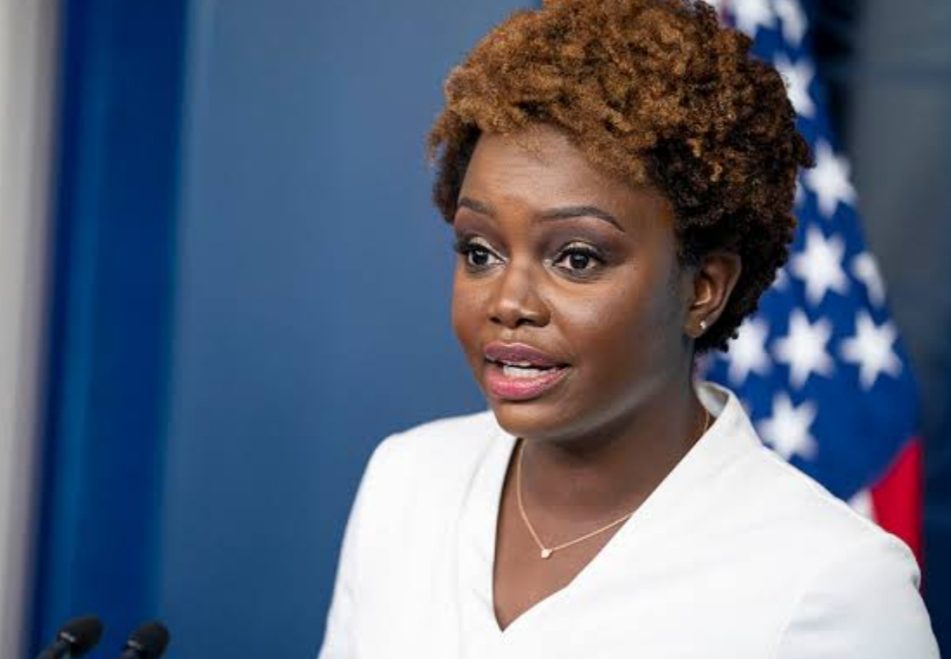 Also Read: Who Is Julian Lennon’s Partner? All About His Love Life

Meet Karine Jean Pierre’s Partner: Who Is She?

Talking about her love interest, Karine Jean Pierre’s Partner is Suzanne Maria Malveaux. Are you wondering about her identity? Suzanne is popularly known as a CNN correspondent. It was back in 2002 when she joined the network. In the initial days of her career, she worked for NBC and used to get addressed as a rock-and-roll” reporter. Some of Suzanne’s notable works are- The Situation Room, Around the World, and editions of CNN Newsroom. Little did you know, Karine Jean Pierre’s Partner, Suzanne has also covered the 2000 Presidential Election, Bill Clinton’s impeachment, and several other national stories. Also, she has hosted The Root 100.

Karine Jean Pierre and Suzanne Malveaux live together in Washington, D.C. The couple has extended their family, by adopting a daughter with whom both are leading quite a blissful life. They named her Soleil Malveaux Jean-Pierre. The baby is reported to be just 6 years old.

By now you must know how the former is associated with the White House. But, did you know that her love interest, Suzanne also previously covered its news at the time of the administrations of Clinton, Bush, and Obama? Then why did she stop serving that? Well, Suzanne left covering political stories for the same, for the sake of avoiding conflict of interest. 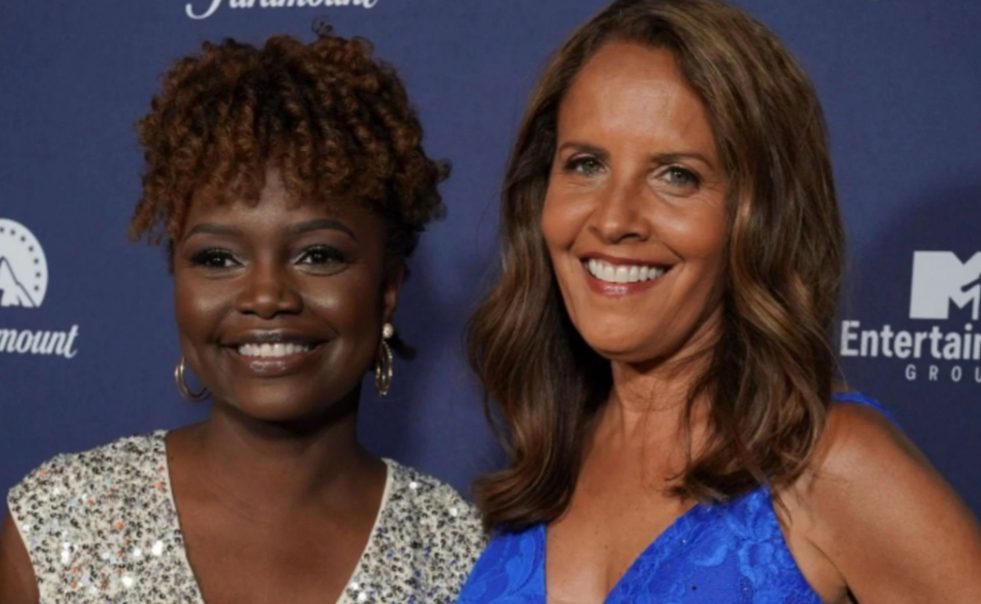 Karine and Suzanne prefer to keep their family life away from the media. Yes! They don’t like to provide insights into the same on their social media. So, they do very less. However, that doesn’t mean they are having any feud. It’s not known when both are romantically linked. But, they look very lovable and adorable together. It’s very much evident how supportive Karine and Suzanne are toward each other.

Wishing Karine Jean Pierre nothing but the best for her future. Hoping her relationship with Suzanne stays strong forever like this. It seems like they haven’t tied the knot yet. But, we are unsure about it as we don’t know if they did it secretly.

Original: Who is Karine Jean Pierre’s Partner? The fans must be curious to know who is the partner of this legendary personality who created history by leading the White House press briefing. Karine Jean Pierre is a Caribbean-born American political campaign organizer, political commentator, activist, and author. In her active professional journey, she had potentially achieved a lot of things. And all is the result of her hard work, dedication, and strong willpower, which had helped her not let any opportunity slip away from her hands. So let’s learn all about Karine Jean Pierre and her Partner.

Since the January of this year, Karine Jean Pierre has been giving her service as White House Principal Deputy Press Secretary in the Biden-Harris Administration. On the 2020 United States presidential campaign, she played an important role as the chief of staff for Democratic vice presidential nominee Kamala Harris. Moreover, to everyone’s interest, she created history over here by being the first Black woman to ever hold that position. If you want to know more about her, then Jean-Pierre is a former lecturer in international and public affairs at the highly prestigious Columbia University. She then moved on to explore more on her success journey. Which at that time had landed her as the senior advisor and national spokeswoman for MoveOn.org and a political analyst for NBC News and MSNBC.

Lately, she, along with her partner, had adopted a daughter. And together, they are happily raising her. But who is Karine Jean Pierre’s Partner? And how was their love journey? Was it straight, or does it too has bumps like any other love story? Are their parents happy? Well, if you want to find out the answers to all of these questions, then the below paragraphs will help you to find the answers to all of your doubts. And thus, it is capable enough to quench your thirst! So, let’s begin our hunt to find out more about Karine Jean Pierre’s Partner! 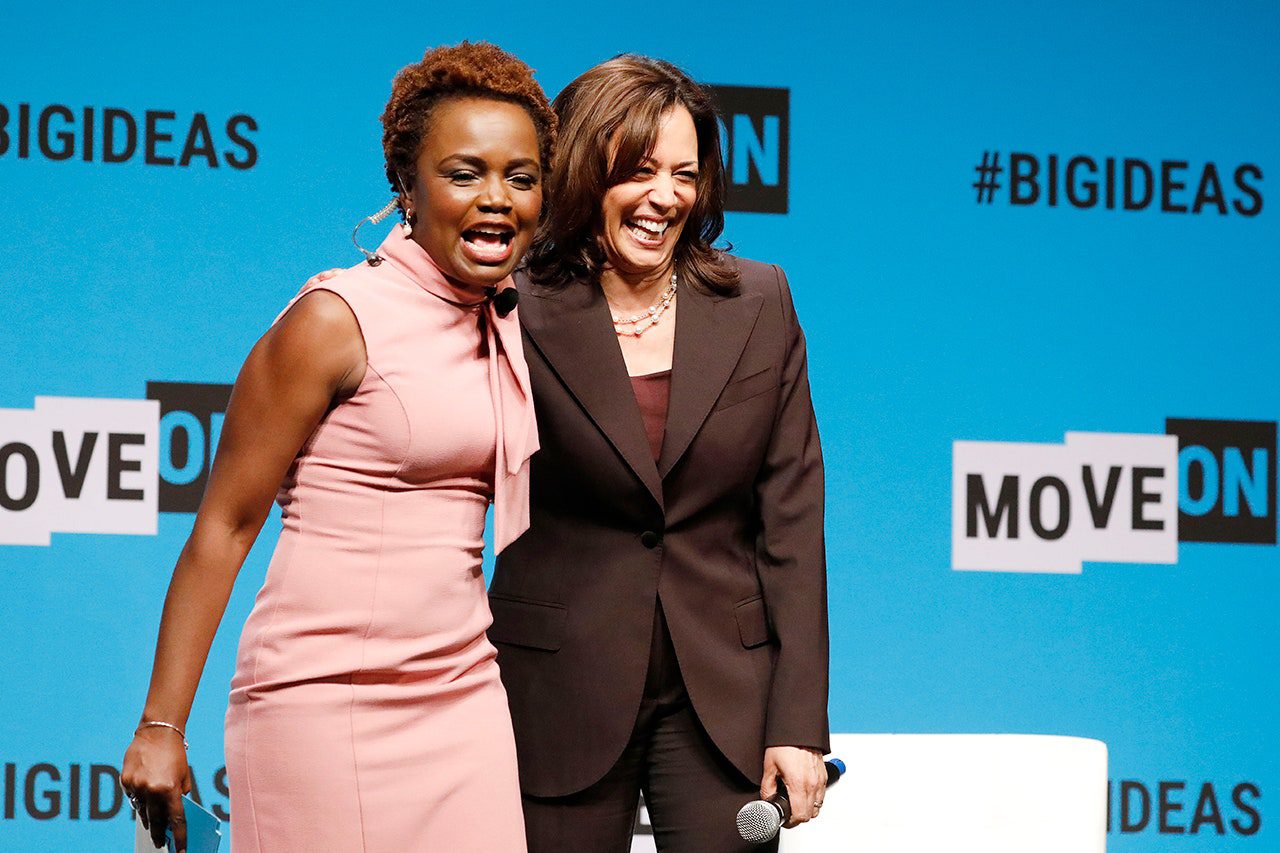 Also Read: Did Peng Shuai disappear after accusations of the Chinese Top Politician?

Who is Karine Jean Pierre’s Partner?

Well, Karine Jean Pierre’s Partner is an American television news journalist. And similar to her partner, she had also achieved great heights in her field. So now, without playing much with your patience and curiosity, let us unveil the things! On that note, the name of Karine Jean Pierre’s Partner is Suzanne Maria Malveaux. She co-anchored the highly-rated CNN international news program “Around The World” and editions of “CNN Newsroom”. Moreover, she had given her service as CNN White House correspondent and also as a primary substitute to Wolf Blitzer on The Situation Room.

Karine Jean-Pierre was born on 13 August 1977. And Suzanne Malveaux was born on 4 December 1966. This means that Karine Jean-Pierre’s partner is more than a decade older than her! As of now, the couples happily settled in Washington DC with their adopted daughter named Soleil. But was their journey easy? How did Karine Jean Pierre’s parents react when they came to know about all this? Let us find out! 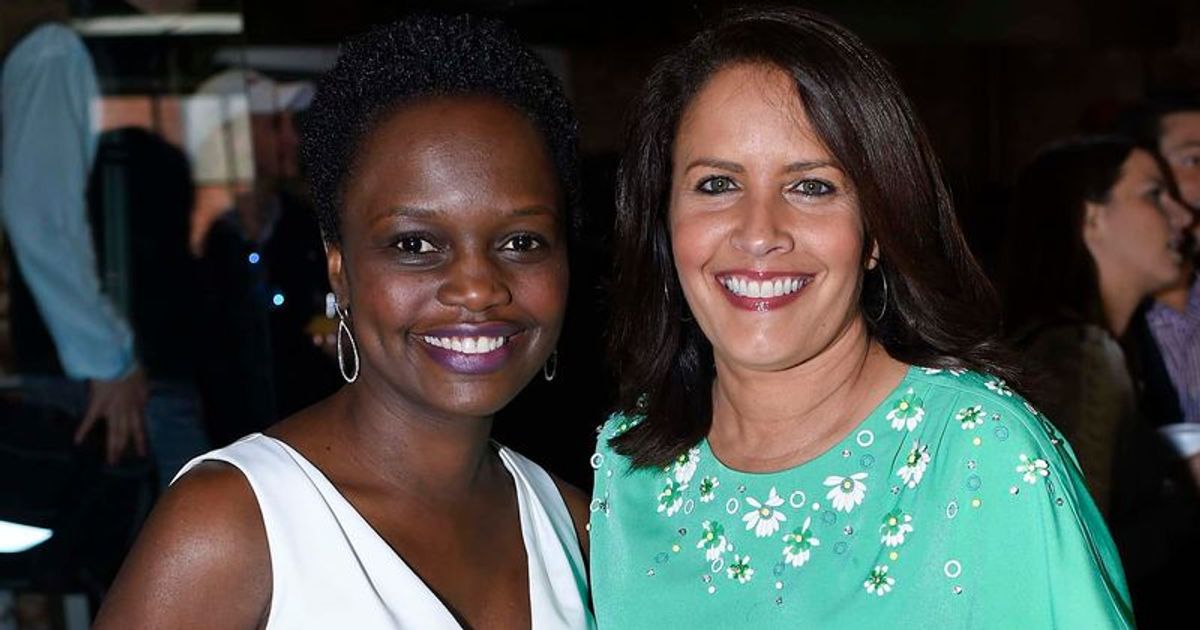 Well, the journey of Karine Jean Pierre as a Black Queer woman was not easy. She had undergone a lot of obstacles to finally live the present, which she is enjoying today. The first time when she revealed all this to her parents was when she was just 16 years old. But to her surprise, her parents had not favored her decision. Moreover, at that time, they had sealed that fact within the boundaries of their house. But no one can predict the future! Karine Jean Pierre had secretly dated, but she has always escaped those relationships from the light of her family.

The situation changed when American society started to embrace the LGBTQ+ community over the past few decades. Following this, her parents were gradually okay with all this, and they had evolved to embrace her membership in it. Karine Jean Pierre boldly supports her community. According to her, being a black woman and falling under the LGBTQ+ community, she has a lot of things to work on. But now, she is happy that her parents have accepted her relationship. Moreover, they love Karine Jean Pierre’s Partner. And her mother also enjoys being a grandmother to the daughter they are raising.

Also Read: Gyles Brandreth Net Worth: How Much Does This Former Politician Earn?