There have been some new revelations about Kaitlyn Bristowe & Jason Tartick Wedding! The Bachelor Star couple Kaitlyn Bristowe & Jason Tartick has been waiting for some major goals for fans. The pair recently revealed some details for their big D-Day. While talking about a big October wedding this year, the pair still has a lot to figure out about the wedding. While talking about the proposal, Jason Tartick admitted that it was an absolute nightmare before he landed on the right idea to pop the big question.

The pair met for the first time when Jason came as a guest for the Off The Vine podcast. While Kaitlyn was initially informed that she would be speaking with a special guest. Little did she know that future man Tartick had something much bigger planned. While talking about the proposal, Kaitlyn admitted that she felt so overwhelmed during the romantic moment. Kaitlyn further admitted that the proposal was such a big surprise but she was a bit embarrassed as she was wearing a T-shirt with a phrase that said Tequila for Breakfast. Let us take a look at all the details and lesser-known facts regarding Kaitlyn Bristowe & Jason Tartick Wedding.

Kaitlyn Bristowe & Jason Tartick announce the wedding date to be sometime around October 2022.  Kaitlyn further explained that they were thinking about getting married in Nashville but are still unsure about the size of the wedding which is still under discussion. While talking about the number of guests who will bless the couple as they down the aisle, the pair has an approximate number of 300 or less for their guest list.

While Kaitlyn Bristowe is busy with her upcoming Dancing With The Stars: Dare To Be Different tour, it seems like Jason Tartick will be taking over the planning. Kaitlyn further said that she is alright with it as she is not too picky about things. Jason had earlier slammed haters after they made a few comments about Kaitlyn’s appearance on The Bachelorette.

While the Bachelor Nation has given us all a few couples that didn’t quite survive after the show, however, Kaitlyn Bristowe & Jason Tartick managed to not only survive the wave but went on to become one of the fan-favorite pairs. Jason revealed how he was running out of ideas to ace the perfect way of popping the question. However, his mother helped and became a big part of helping me come up with the creative aspect of the entire proposal. Take a look at this picture as Jason celebrates the big day!

I love this girl to death and forever. Best day of my life! @kaitlynbristowe pic.twitter.com/20cBfDgiqh

While reminiscing the time how they met on a podcast, Jason popped the question to Kaitlyn on the podcast and she absolutely had no idea! Last year in October 2021, Kaitlyn shared a few mushy pictures as she took to social media to celebrate Jason’s birthday. Bristowe lovingly called her man her lobster! While calling Jason his rock lobster, Kaitlyn further said that he is somehow getting more incredible every year.

How Did The Two Lovebirds Meet ?

The pair who is all set to Kaitlyn and Jason meet while recording an episode Off the Vine and there! are! vibes! Like, to the point where Jason straight-up asks her out and they go on TWO back-to-back dates. Her beau has described her as a down-to-earth, beautiful woman who has a great sense of humor!

Before we knew it, the pair soon made their relationship Insta official. From moving in together to getting adorable dogs together, the pair has been setting some major goals for us all. Not to forget the lengthy heartfelt notes that the two have written for each other. Kaitlyn also admitted that this is the healthiest relationship she has ever been in. We surely are waiting for their dream wedding that will happen this year as the couple hinted.  The two even sparked rumors of having the wedding on television which soon frizzled out. 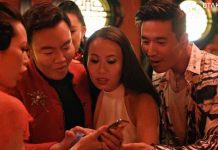