Chapter 54 paves in the way for new and exciting possibilities. 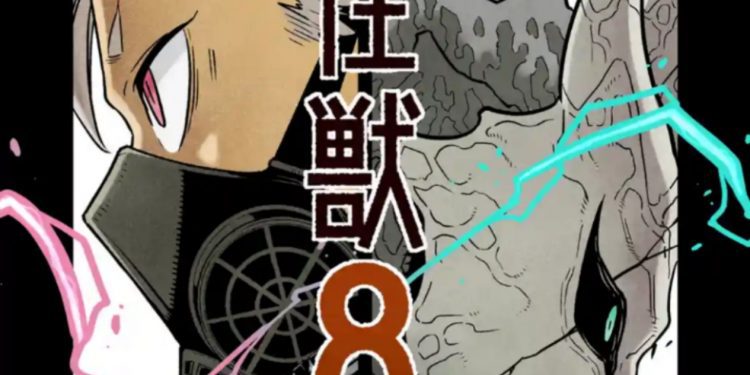 You know a manga is doing beyond well when it is leaving behind a restless sense of curiosity after every chapter. Alternatively, you can also tell if a manga is doing too well when it is marked among the top ten most sold manga by Oricon. For Kaiju No. 8, both of these criteria are fulfilled. The manga has since long been bringing out several juicy arcs. It has a unique plot with multiple points where it stands out from being a generic shonen. But being different is not the only thing keeping readers so hooked to it. There are hilarious moments that make it an entertaining read. Being someone who lives for the fun, Kaiju No. 8 immediately became a manga I wait for desperately every week. Chapter 54 was released recently, and now it’s time to find out the release date for Kaiju No 8 Chapter 55.

Kaiju No. 8 began serialization in the Shonen Jump+ magazine on July 3, 2020. Its first volume was published by Shueisha on December 4, 2020. The manga is written and illustrated by Naoya Matsumoto. In the course of its serialization, Kaiju No. 8 has left imprints of great moments. We have come across a very likable protagonist and commendable side leads. Kaiju No. 8, in the recent chapters, illustrated one of the biggest battles since its release. The thrilling experience was one to savor, but the war came to a tragic end in chapter 53. What remains ahead are consequences, and we are extremely excited about that.

Kaiju No 8 Chapter 55 release date has been postponed, and here’s all that’s to know about it.

In the previous chapter, the battle between Kaiju no. 9 and Isao Shinomiya ended with the former taking over the latter’s body. Although Isao Shinomiya fought valiantly, we had to witness his loss. Following the events of the chapter, chapter 54 sets a gloomy mood as the characters pay tribute to the deceased.

Chapter 54 of Kaiju No. 8 is titled “The Threat Released into The World”. It opens with Kaiju no. 9 amidst the ruins of the battle. He promises to return when the “era of monsters” begins, foreshadowing something intense coming up ahead in the future. The frustrated faces of Kafka and Narumi can be seen in the next panels.

Commander Isao Shinomiya’s death becomes sensational news in the next two days. He is sent off with respect as funeral rites are performed in the four units at the different bases. However, Kafka feels worried when he notices that Shinomiya did not show up to the funeral. Instead, she is in her father’s office, clearly broken by the sad events.

Narumi comes to see her. She blames herself for his death, claiming that she wasn’t able to save him because she was slow and weak. Narumi is about to console her but is shocked by the determination she shows by standing up and declaring that she wants to get stronger. She says that she’ll mourn for the commander only after defeating #9.

Shinomiya gathers herself and asks for forgiveness for missing the funeral. In reply, Narumi tells her that he will definitely make her strong and teach everything Isao taught him to her.

Outside the office, we see Kafka listening to this conversation. A part of his hand involuntarily turns into a monster, and he covers it with a glove. He walks away, determined to defeat #9.

What To Expect From Monster No. 8 Chapter 55?

Chapter 54 definitely was amazing, but it ended with more unanswered mysteries we are excited to unveil. Although beginning with a gloomy and darker feel, the chapter ends rather optimistically. Towards the end of the last chapter, we see every character feeling affected by Commander Shinomiya’s death. Every base has multiple strong warriors and how they decide to avenge the commander is a plotline we are very enthusiastic about discovering.

Another groundbreaking part of the chapter was a quick panel showing an involuntary transformation on Kafka’s hand. Although small, it has left us wondering if that had happened due to his strong emotions or if that was an indication of something worse? Is Kafka turning into a monster slowly? Very little is known about #8. Is it possible that the monster within is trying to take over his body like #9? Moreover, has this anything to do with the “Era of Monsters” that #9 warned us about?

We look forward to finding more clues to answer these questions in the upcoming chapters.