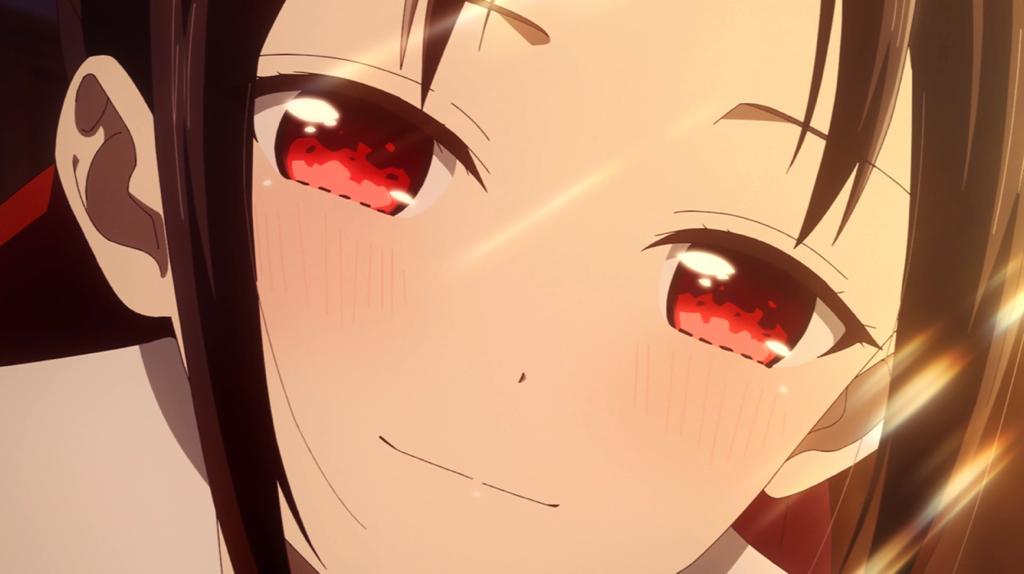 Let’s Talk about Kaguya Sama love is war season 3 Episode 8 Release date. We’ll also talk about what might happen in the upcoming episodes. Episode 7 of Kaguya Sama Season 3 anime was full of comedic interactions between the characters. There were also some popular game references in the episode. And most of all the best moments for this episode must be of Chika and Shirogane. Let’s discuss it all in detail. Kaguya Sama: Love is war anime is adapted from the manga of the same name written and illustrated by Aka Akasaka.

The Story of the 3rd Season follows Miyuki Shirogane and Kaguya Shinomiya on their game of getting each other into confessing their romantic love. Aside from their love conflict the council treasurer Yuu Ishigami, also struggles to uphold his crush on a rather popular Upperclassman Tsubame Koyasu.

Filled with many comedic conflicts that bloom between the students of Shuuchin academy. Will Yuu Ishigami be able to gather his feeling around for Tsubame Koyasu? And how will Miko Iino deal with all this? Well, let’s see in the upcoming Episodes. Here are all the details about, Kaguya Sama Love is War season 3 episode 8 Release Date.

Episode 7 started with a meeting of all the members of the Cultural festival committee to discuss the suggestions and questions given by the students. Ishigami was following every answer to the follow-up questions that Tsubama asked regarding the festival. He outshined every nerd present there. Later we see Karen and Erika from the Media Club following the members of the committee and recording their preparations for the festival. In many of their interactions, hilarious incidents were happening. They also did an interview with Kaguya while also being totally out of sync in front of her as those two were massive fans of her. 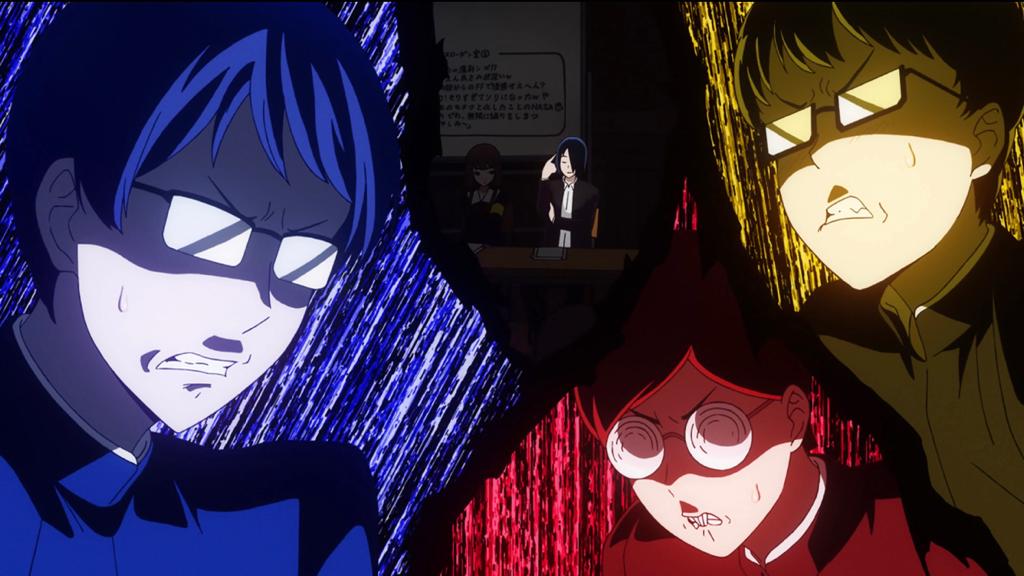 Ishigami vs The Three Nerds

We also got to see Tsubame’s gym moves, they were totally a treat for the fans. And also the reference to the Pubg game was cool when both Karen and Erika asked the members of the board game about which game they will present. Aside from all this in a corner, Shirogane was trying to overcome his struggle for doing balloon arts. And lastly, the interaction between Kaguya and Shirogane was the heart of the episode. It was really sweet of Kaguya when she said, “I have Unravelled another Mystery About You”. What will happen between Kaguya and Shirogane during Cultural Festival? Well, let’s wait for episode 8 to drop. What Will Happen in Kaguya Sama Love is War season 3 episode 8?

Well, Episode 7 was a lot of fun and the preparations for the culture festival had already started. Episode 8 can presumably feature Kaguya in a new cosplay outfit as she mentioned she is helping with the cosplay cafe. She can even cosplay as one of the characters that are liked by Shirogane. Ishigame will also try his best to impress Tsubame more. Many new decisions have to be made regarding the cancellation of some stalls and to help Tsubame with it, Ishigame will have to try his best to not disappoint her. Chika will probably hide from Shirogane in order to avoid teaching him again. Also, Read – 10 Characters Who Are Similar To Kaguya Shinomiya From ‘Kaguya-sama: Love Is War’

Many things are expected to happen in the next episode but one thing that we all want to see is Karen and Erika’s interactions with the characters. Will the students of Shuuchin academy be able to present a good Culture Festival? Or will Ishigami be able to advance his relationship with Tsubame? Well, stay tuned for the next episode to drop. When will Kaguya Sama Love is War Season 3 Episode 8 be Released?

Where to watch Kaguya Sama Love is War Season 3 Episode 8?