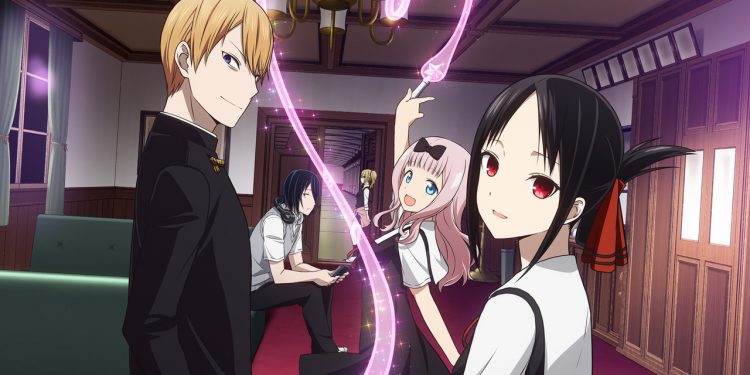 Kaguya Sama Love Is War Chapter 250 returns after getting delayed revealing the final part of Miyuki and Kaguya’s break up. After the phone call, Miyuki was shuttered and sat on the floor wondering if he was not dreaming. Kaguya has already explained why she was breaking up with him. Miyuki notices a lady approaching him and wonders what the lady wants. Kaguya Sama Love Is War’s latest chapter reveals a strange lady giving Miyuki a gif from Kaguya’s brother. Miyuki was surprised since the lady was giving him millions of yen. The lady reveals that Kaguya’s brother is rewarding him for understanding Kaguya.

Miyuki gets furious, and the lady reveals that the money is a total of ten million yen. He wonders if it was a prank since that money will never buy his love for Kaguya. Miyuki can’t believe that the Shinomiya only thinks about money. He told the lady that not all problems can be solved by money. The lady told him that she understood, and one of Shinomiyas arrives said that Miyuki had a point. Miyuki wonders who that guy is, and the guy reveals that his name is Seiryu Shinomiya and Kaguya’s second brother.

Seiryu told him that he represented his brother Oko since Oko was busy. Miyuki asks him why he has to talk with him. Seiryu reveals that he wants to clear things and understands things. He explains why they gave him money and has to accept the breakup since he has seen the war between the Shinomiyas and Shijos on the news. The Shinomiya family has decided that Kaguya will serve as their intermediary with the Shijo family. Miyuki realizes that they are marrying off Kaguya.

Previously on Kaguya-Sama-Love Is War Chapter 249

The chapter title is “Kaguya Wants To Break Up Part 2.” Seiryo admits they will marry her off. But the problem they have can’t be solved by a single marriage. He told Miyuki that he knew that things like that would happen, and he had already prepared for that. He is glad to end the war between the two families since they have Kaguya. Seiryo believes that Miyuki would understand him and Kaguya was the one who suggested giving the money away. Miyuki can’t believe that Kaguya would do such things. Seiryo believes that the ten million yen is enough to convince Miyuki.

Miyuki told him it was a lame joke since that money would never convince him. Seiryo realizes that he has met a hotheaded boy. Miyuki knows that Ganan Shinomiya has a 20% share of the Shinomiya Group that will go to Kaguya when he dies. The total estimated money will be 400 billion that Kaguya will receive. He told Seiryo that her inheritance would also be his inheritance if he were marrying Kaguya. Miyuki can believe that Seiryo is offering ten million yen, and he wants him to accept that.

He thinks that only a stupid idiot would accept that offer. Seiryo asks Miyuki to tell him the amount he wants. Miyuki shouts at him that he wants ten times, which would be 1 billion yen. Seiryo wonders if this brat knows his place and tells him that he will teach him a lesson. But he sends it to Miyuki’s account and gives him ten million yen. Miyuki is surprised that they gave him 1 billion and 10 million yen to stay away from Kaguya. Seiryo and that lady left, and Hayasaka arrived.

Kaguya-Sama-Love Is War Chapter 250 will be released on 13 January 2022. Miyuki acts like he is happy but deep down, he is broken. Miyuki told Hayasaka that he had become a billionaire in second. Hayasaka notices that Miyuki is pretending to be happy. Miyuki believes that life is good, but money is all that matters in the end. Hayasaka sheet tears and tells him that she thought he would fight for Kaguya and become a hero. She knows that Kaguya will never be happy without Miyuki. Let’s look at Kaguya-Sama-Love Is War Chapter 250 official details.

You will be able to read Kaguya-Sama-Love-Is War Chapter 250 online on Viz Media’s official website. Miyuki asks Hayasaka if he said that he is giving, and he knows that he has other plans even though he has accepted the money. Hasaka gets happy that Miyuki will try to win Kaguya back. Miyuki reveals that the money will help them start a war. Let’s meet when Kaguya-Sama-Love-Is War Chapter 250 is released. 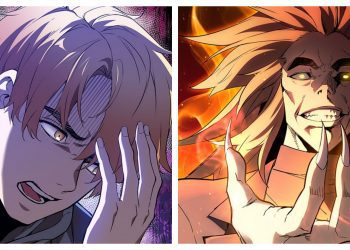