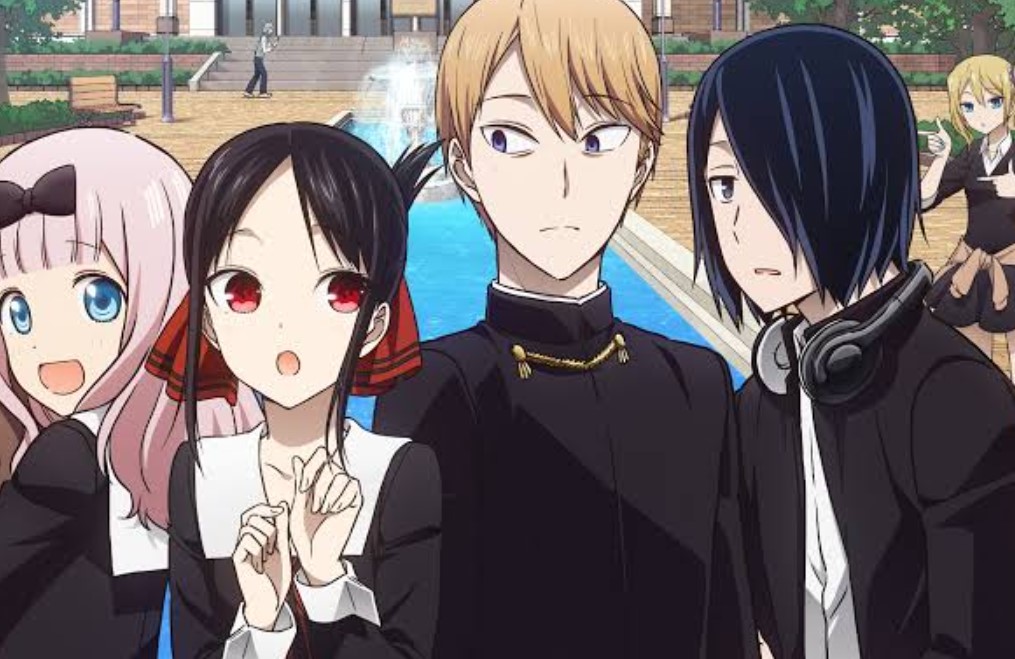 Kaguya-Sama Love Is War is back after taking a weekly break. Let’s take a look at the love story in Suichi Academy. Let’s see how the love story between Miko and Ishigami continues on Kaguya Sama Love Is War Chapter 233. The chapter title is ”Kaguya Shinomiya’s Impossible Challenge: The Buddha’s Stone Beggin Bowl Part 7. Miko and Ishigami are getting along even though they sometimes fight. In the past, Miko used to hate it when she finds Ishigami playing games; she wonders why he is always sticking to his cell phone. The nature of Miko and Ishigami’s relationship was talking about games and scolding each other.

Ishigami is not interested in sports and thought that playing soccer would be fun. He opens up to Miko about his talent in sports. But he is good at playing games; he realizes that it took him a long time to figure out what interests him. In the past, Ishigami tried playing soccer and other different sports, but he ends up quitting. The boys laugh at him that he couldn’t even kick a ball. But after he left the team, his teammates felt like he betrayed them since they need his support. Ishigami spent most time alone trying to figure out what will keep him busy.

One day he met with Miko and asked her if she won’t quit the Disciplinary Committee. Miko wonders why she has to stop, and Ishigami reminds her that it is not fun when people hate what she does. Miko is too strict towards the students, and they hate her for that character. Ishigami reminds her how touch is to handle the students since they won’t like her no matter how she tries. He told her to think about that matter and find she is on the right track.

Miko replies that she understands that it is hard when people hate her, but she has dreams. If all the students follow the rule, they will have fun together without hate. Miko comments that if she is making a world where everyone follows the law, she won’t mind being a terrible girl. Ishigami replies that he understands and he will support her behind the scenes. Miko walks around, and someone pulled a prank on her.

The students wonder why a note sticks to Miko’s back that says, ”I’ll get someone to vote for me this time.” The message has a symbol of love, and Ishigami noticed that from a distance. Kobachi wonders who pulled that prank on Miko. Kobachi realizes that Ishigami always supports Miko behind the scenes. Ishigami pulled that piece of paper and threw it into the bin. Miko didn’t notice anything and continue to walk freely. Later Kobachi finishes narrating the love story between Ishigami and Miko. 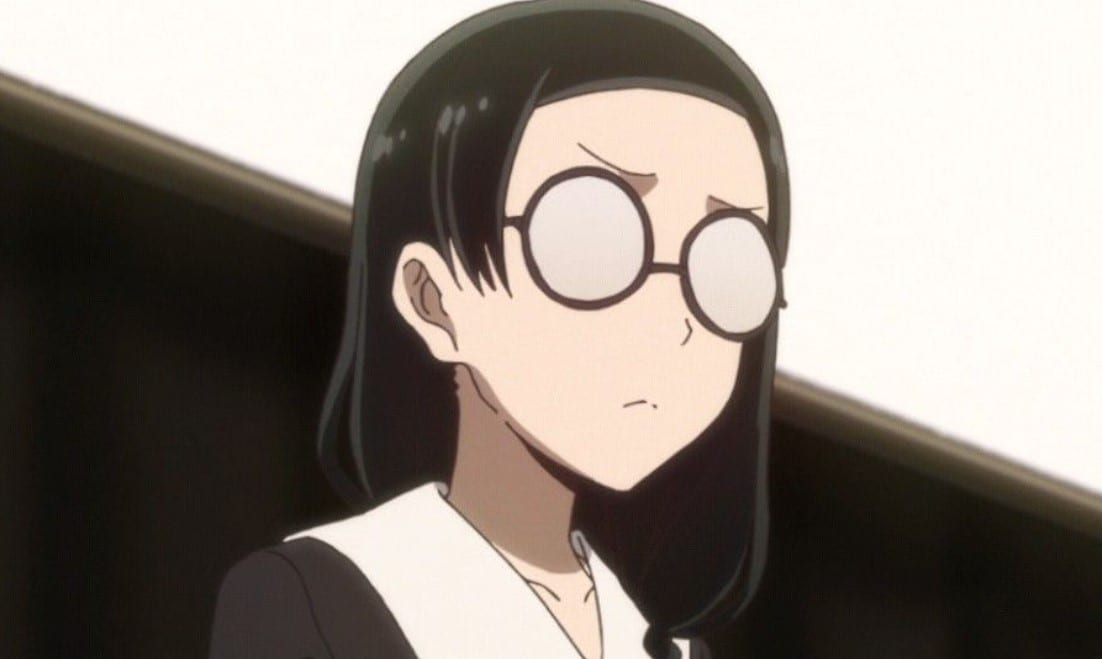 Tsubame enjoys drinking tea with Kobachi and talk about love. They think that love is an obsession. Kobachi comments that she wants to get love and be loved for who she is and love someone who knows who they are. She also said that she ant to find someone to love and have that someone love her back. Kobachi never thought she was good enough to belove and constantly roam around Miko and Ishigami. She realizes that Ishigami was the guy she wants to spend her life with but never knows it will be a love triangle.

Kobachi uses to spy on Ishigami, thinking that one day he will end up proposing. But one day, Miko finds a love letter on her desk, and Kobachi wonders who wrote that letter. Kobachi decided to take a step back since she noticed that Ishigami and Miko are growing closer. The fateful day comes when Ishigami beats a guy for messing with Ootomo. Miko heard rumors and thinks that Ishigami was stalking Ootomo. Kobachi saw the two talking and realizes that Miko should have belive Ishigami.

Ishigami continues to support Miko even after the incident with Ogino. Kobachi wishes Miko to help Ishigami all the time. Back in the present day, Kobachi continues to talk with Kaguya about the love triangle. Kobachi wishes she was in Miko’s place since she loved Ishigami. Kaguya realized that it is too late for Kobachi to say that she likes Ishigami. Kobachi also talked about the day she tried to bring Tsubame and Ishigmi closer. But now, she has given up on Ishigami since there is Miko.

Kaguya-Sama: Love Is War Chapter 233 release is Thursday, 5 August 2021. You can officially support and read Kaguya Sama Love Is War Chapters on VIZ.  The manga will continue to release a new chapter every Thursday unless it takes a weekly break.