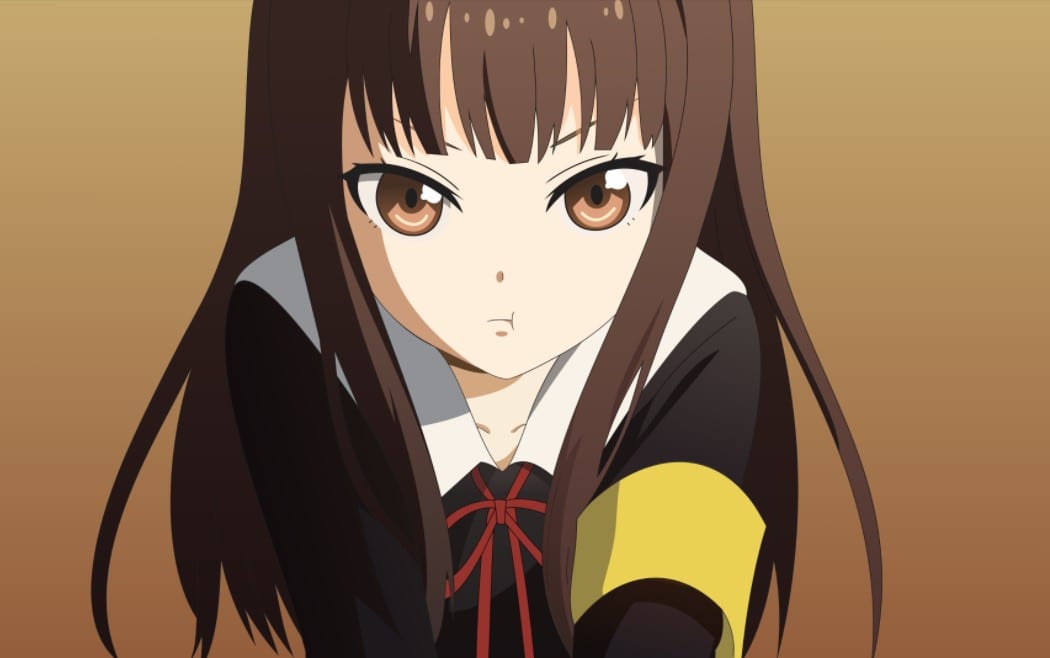 Kaguya Sama Love Is War has returned after taking a two-week break. Let’s find how the love story between the students continues. Miko Ino has discovered the truth beyond her feeling for Yu Ishigami; unfortunately, a new obstacle has appeared. The title of the chapter is Kaguya Shinomiya’s Impossible Challenge: ”The Buddha’s Stone Beginning Bowl Part 4.” Ishigami and Koromo continue to share their love for games. Miko heard the two talking and begins to feel insecure.

Miko realizes that she is not a game type, and she had no idea what Ishigami and Koromo are saying. Koromo confronts Osagari asking her if she will not root for Miko Iino. Osaragi replies, ”I won’t stand it when Ishigami rebounds to Miko since things didn’t work between him and Tsubame.” She also worried that Miko is taking advantage of Ishigami to get him before getting his attention to someone. Osaragi wonders if she should support Miko or tells her to move one step at a time. Koromo decided to help Miko, who thinks she might get Ishigami for herself.

The two talked about multiplayer games, and Osaragi wonders if two people play games, they can have a romantic moment. Koromo asks Shiranui if she is fine, and Osaragi wonders if those two enjoy playing games together. The two have become friends through shared hobbies, but Miko’s hobbies are staying around the president and the student council room, checking if everything is in order. Later Miko entered the student council room and asked Miyuki about the games that Ishigami prefers. Miyuki asks Miko if she can tell Ishigami to teach her about games. Miko realizes that if she says that, Ishigami will think that she is jealous that he plays games with Koromo.

Miko explains why she can’t ask Ishigami to teach her about games. Miyuki comments that it is painful to hear Ishigami’s story. He also realizes that if Miko learns everything from Ishigami, things between them will develop quickly. Ishigami reveals that he is not into FPS’S, but he knows good people. Miko asks Ishigami if he has someone in his mind, and Miyuki replies that he is unsure about the guy he has on his mind, but he trusts the guy. Miko replies that she can trust that guy, too, since Miyuki trusts him.

Miko believes that Papa Shirogane has good taste in games. Papa Shirogane told her that she could call him the first generation FSP gamer and reveal the streams he gets on his FPS. Miko is surprised that Papa Shirogane is into gaming.  Miko told him that she doesn’t have a console or something, but she played several free RGP makers on her laptop. Papa Shirogane gave her the type of game that she has played. The two begin with their first game, where Miko has to defeat the Demon King.

The training begins, and Papa Shirogani is the Demon that Miko must surpass to pass her training. The two continue with their training day after night without telling anyone about their missions. One day Miko decided that she will sleep late to catch up and be on the same level as Ishigami. Papa Shirogane realizes that Miko wants to get better and improve quickly and asks if she has someone that she loves. Miko hesitates to answers and realizes that she is doing this for a special guy.

Miko gets furious and realizes that Miyuki might have told his father about her love story. Papa Shirogane said girls get into FPS games for two reasons: to get a boyfriend or a boy they like. Miko realizes that the man is on her heels, and she can’t deny what he said. Papa Shirogane told her not to worry since it is normal. The two begin to play a shooting game, and he continues to guide her—Miko surprise Papa Shirogane when she beat the game on her first try and became the champion. Koromo finds the truth and wonders if Miko has got herself a sugar daddy.

Who Is Mykayla Skinner? Career, Marriage, And Achievements

What To Expect From Voice 4 Episode 5?