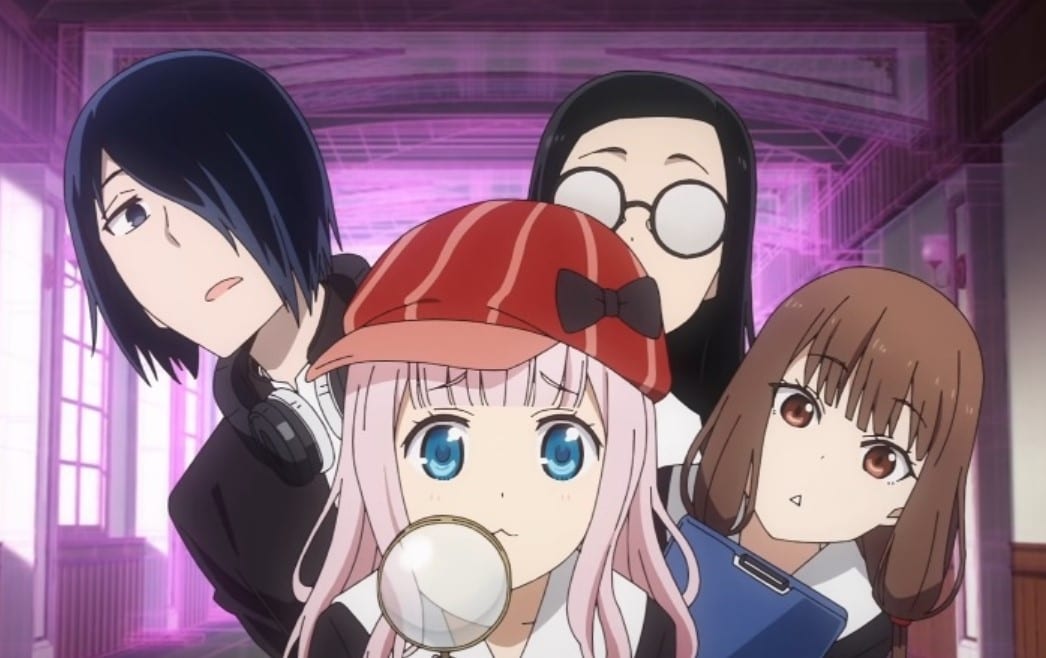 In the Suichini smoking area, a class 3-A Homeroom teacher Hikaru Oobayashi is busy smoking. Hikaru was transferred in from the public high school under orders from the principal. He will be working at Suichin as teaching starting this year. Hikaru realizes that this school is full of popular and rich kids. The chapter is titled Hikaru Oobayashi wants to protect. Let’s find more about Kaguya Sama Love is War updates below.

He cannot understand them, but all he thought was about girls when he was in high school. When he is busy talking, he heard boys talking about something. Hikari opens a door just a little and listens to what the boys are talking about. Miyuki is with Mikaido and other students. They ask Miyuki about something, and Miyuki comments that he is not giving them answers. Mikaido told Miyuki to tell them since he has finally graduated from being a virgin.

Miyuki told them to relax, and Mikaido comments that to thinks someone like Kaguya did it with Miyuki is unthinkable. He thought that the two would first finish their studies and then have a family. He also told him to forget about that since he has to explains everything to them. The other guy asks Miyuki what happens after the two go into bed together. Hikaru thinks that rich kids are not different, and at their age, it is natural for them to be obsessed with other genders.

Hikaru realizes that he was just like them, but when he grows up, things change. He remembers that other guys would ask him how it was and how he did it when he is coming from hitting a girl. Meanwhile, Kaguya’s friends are asking him if she did it, but she blushes. They comment that it is written all over her face and she must tell everything. They ask her if Miyuki was gentle with her, and if he tricked her into doing it, they would murder him now.

Hikari arrives, and the girls stop talking about that stuff. They left Kaguya and told her that they have some work to attend to at the volunteer club. Kaguya asks Hikaru if he has heard everything, and he replies yes. She told him it is not what he thinks since it happens between lovers. Kaguya wonders what to do, but no school rule talks about a relationship. She reveals that it was her first time and she has no idea what to do. 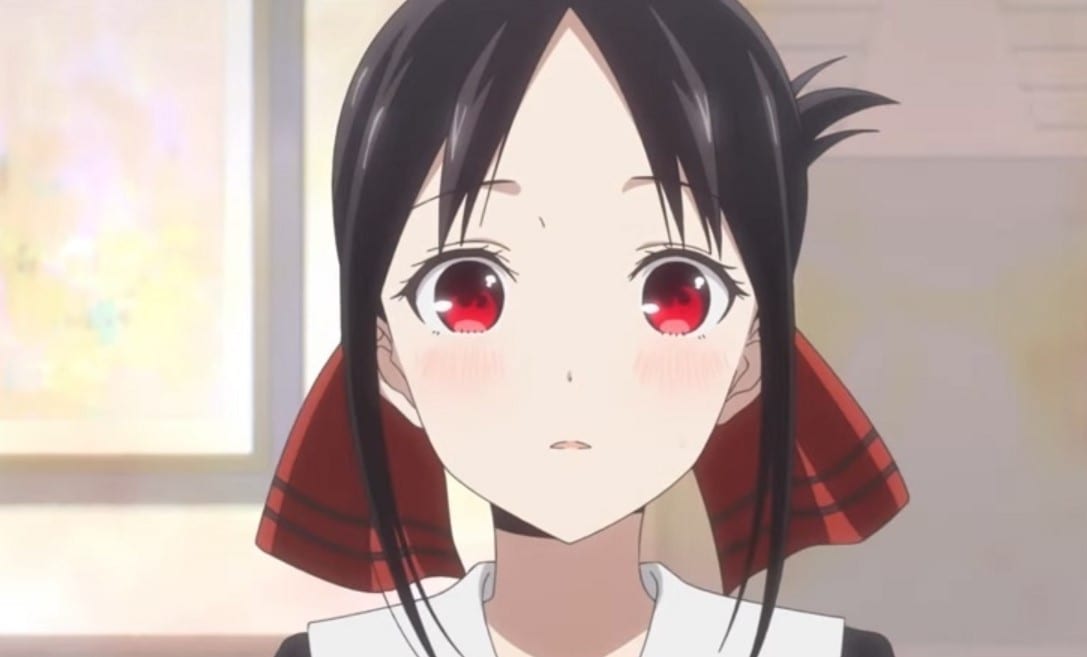 Hikaru notices that Kaguya is different since other students fear being scolded by their teacher for things that didn’t happen at school. Kaguya wonders if teacher Hikaru will scold her. She is worried about Miyuki’s reputation, and she has no problem that people know about that. Hikaru realizes that Kaguya Shinomiya is the only daughter of the Shinomiya conglomerate. This class roster was designed around Kaguya, and Kaguya seems cheerful and well-liked.

Hikari realizes that the Shinomiya is trying to stop the relationship between Kaguya and Miyuki. But he has no idea how someone can deal with that pain. He asks her if she is getting along with Miyuki. Kaguya realizes that Miyuki is treating her and taking good care of her. Hikaru notices that, and Kaguya wonders if this transferred teacher was sent to target her. She notices that he is carrying his cellphone and thinks that he is recording their conservation.

Hikaru comments that he believes that all love should be free and she can do what she wants. Kaguya thinks he is saying that as a bribe for her to offer him some money. Hikari wishes he was in a relationship like those two shares. He started to talk about love and relationship. Kaguya wonders what Hikaru is up to, and she took out her wallet. She told him if he needs money, she can give it to him; all he can do is name his price. Hikaru is confused and realizes that Kaguya misunderstood him and she is trying to protect her relationship with Miyuki. He left and bumps with Machida, Kaguya realizes that he was not a bad person.

Kaguya-Sama: Love Is War Chapter 226 Release Date and Where To Read Online?