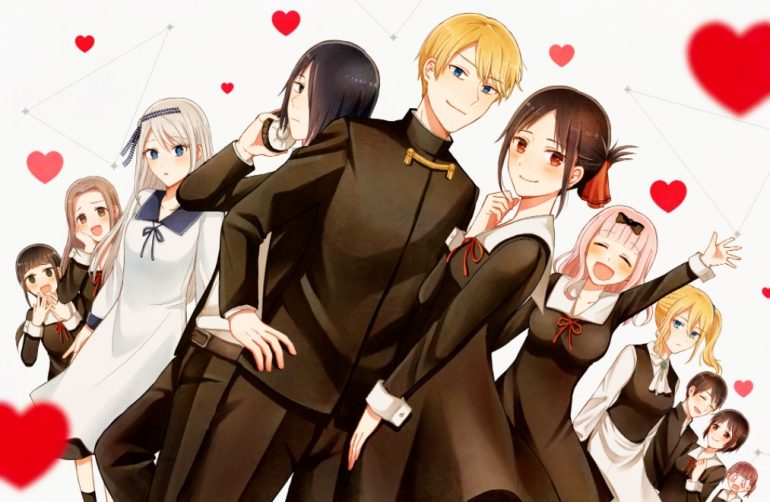 Mikado Shijo Wants To Fit In

The arrival of Mikado Shijo has shaken Shuichin Academy and it is a threat to Miyuki Shirogane. The new genius Mikado will be in the same class as Miyuki and other popular students. Miyuki realizes that he has never won any battle when Mikado is around and he beats him at popularity, academic record, and trophies. Mikado is the heir of the Shojo group, a business conglomerate rivaling the Shinomiya group.

He is famous for leading a no-name school to victory at the National Soccer Championship. In his freshman year, he made Miyuki suffered when he took 1st position on the National mock exams. All the time he keeps on being on the top-class on the national level and defeating Miyuki all the time. Miyuki realizes that his rivalry is here and he is wondering what’s going to happen. Meanwhile, Mikado is sitting alone wondering where he fits in.

Mikado wants to make friends and he doesn’t know which group he fits in, while Miyuki is thinking about all the defeats. Mikado notices that everyone is looking at him but no one is even talking to him. He doesn’t want to be lonely he thinks if they greet him he will get a chance to make friends. Mikado remembers that he told his parents that he will transfer to Shuichin and make them proud.

Another popular guy named Shindou looks at Mikado. He told his friends that he never expects that Mikado will transfer to their school. Shindou’s friends are surprised to see him praising Mikado since they thought he is not scared of anyone. Shindou reveals that Mikado is a genius who will stop at nothing. He reveals that Mikado has been given a title to show the respect he is known as Boy that ”F”-word.

He also reveals that Mikado was in India up until the National Tournament. The trio thinks that nothing good will come out of talking with Mikado. Mikado thinks that if he doesn’t step up he will be a loner and he needs someone he can relate to. He thought about Nagisa Kashiwagi since she comes to his sisters’ place many times. He is hesitating, thinking that Nagisa is scary and think of trying Kaguya Shinomiya.

Mikado Wants To Fit In

Mikado remembers the first time he met with Kaguya when they were young at parties. He remembers that day they got along perfectly and he heads towards her. He greets her saying ” hey there princess it’s been a while, have you been doing well.”? Kaguya is not impressed by Mikado’s approach and she thinks that he is addressing her with a strange name. She asks him if he is a member of the Shijo Family and if they didn’t instruct him in basic etiquette in that household.

Mikado tries to iron his words but he failed since Kaguya said she remembers nothing about him. He started to ask himself if Kaguya has forgotten him. Miyuki shows and interferes asking him if they can have a little chat. Miyuki talked about how Mikado took 1st position at the Nationals. Miyuki reveals that he has been working day and night to beat him and why he hasn’t taken the National mock exam.

Miyuki realizes that only one man has challenged him and defeated him. That man is in front of his eyes and the students who knew about the situation know what will happen. Mikado realizes that he got a chance to talk with someone. He asks if he is talking to Miyuki and Miyuki asks if he knows him. Mikado said yes, saying Miyuki is the one who used to took position 2nd in the National Ranking.

Birds of a Feather

He remembers that she is ready to fight against the Shinomiya’s family who wants to force her into a fixed marriage. He thinks that it will be also difficult for him to support her when he leaves for America. He started to think about it and decide that he will find a way to fight for Kaguya. Mikado has also found where he fits in since he manages to get along with Miyuki.