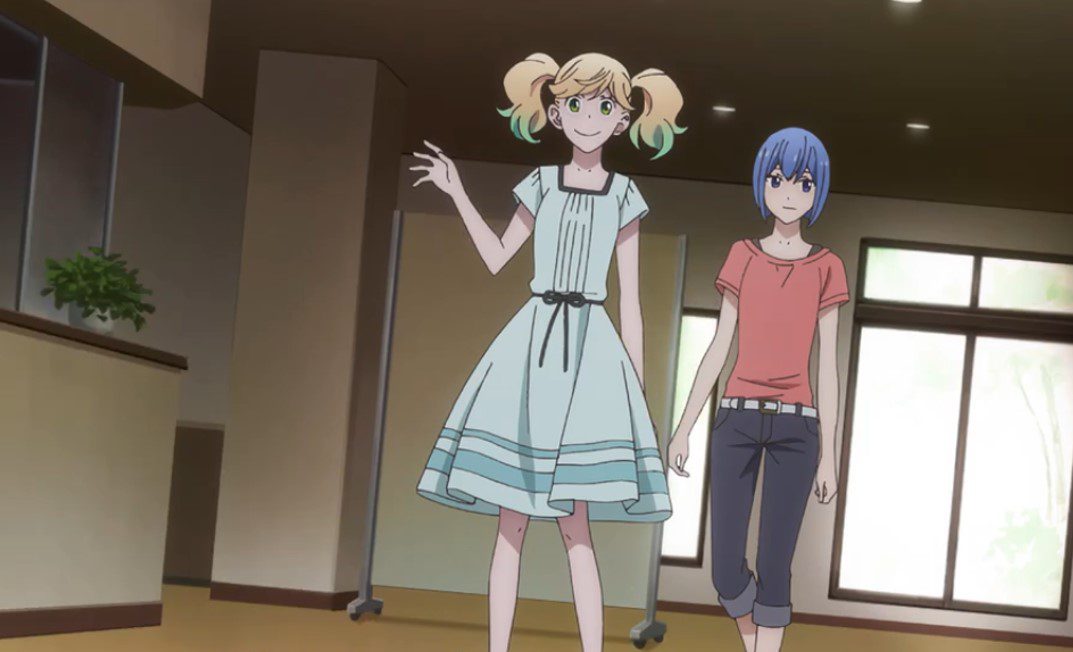 The latest episode has been released; we will be looking at the next release of Kageki Shojo Episode 8. The summer break had begun, and the students headed home, but Ai thought she should remain at the dorm. Sarasa invited Ai to stay with her, and Ai realizes that she will stay with a friend over a summer break. Ai wonders if the two of them have become besties. The two traveled on the train, and Ai wonders what she should say to Sarasa. The episode title is ” The Hanamichi and the Silver Bridge.”

Ai realizes that girls get excited when talking to their boyfriends and realizes that the two are girls. Ai asks Sarasa about her boyfriend, and Sarasa replies that the guy is Akiya and he is training to be a Kabuki actor. She notices that Sarasa’s expression didn’t change when they talked about the boyfriend. Sarasa is thinking about what her teacher told her before the summer break begins. Sarasa realizes that her teacher told her that she would never become Kouka’s star or a top student if she doesn’t change her attitude. Ai thinks that Sarasa is bothered about something different, and she is trying to cheer her.

Sarasa recalls when Andou told her that she didn’t play Tybalt, but she played Sei Satomi’s Tybalt. It was a perfect copy of her performance which is why it was so good. But copying doesn’t get her success in the Kouka revue’s star system. Andou also told her to become her star within herself, not copying what other celebrities do. Ai calls out Sarasa’s name, and Sarasa apologizes that she got lost in her world. Ai asks her if she is thinking about what Andou told her.

Sarasa teases Andou that he is so harsh, like a guy who doesn’t brush his hair. The other students joined the too and tease Andou’s hair. The two notice that they are with the Winter Troupe guys. One of the guys comments that he wanted to be a Musume-Yaku. But he ended up growing seven centimeters in his first year at Kouka. The girl remarks that the boy even threatened to drop out if she couldn’t play a women’s role. The boy adds that Phantom encouraged him to stay, so he agreed to play Otoko-Yaku roles. 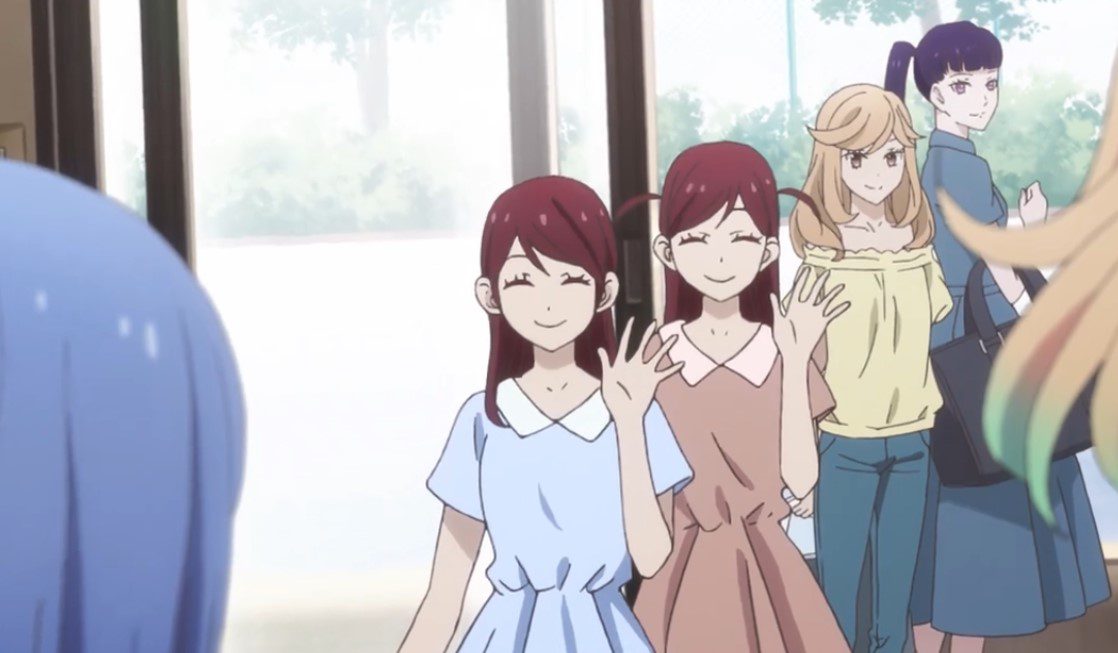 The ads that he is a massive fan of Andou and had a crush o him, but Andou hurt himself in an accident when he fell into the Orchestra pit, so he had to retire from acting. Andou became the teacher after retirement since he wants to stay in the theater world. Sarasa’s bf received her massage about her performance, and she feels sad for her. The two enjoyed their summer break at Sarsa’s home. Later they met with Sarasa’s bf, and he decided to help her with her acting skills. After few weeks, the summer break ends, and the students return to school.

Kageki Shojo Episode 8 will be released on Sunday, 22 August 2021, at 12:00 AM. This anime is available officially online on Sunday. Kageki Shojo is left with four episodes to conclude the final episode.  Let’s take a look at the Kageki Shojo preview and other upcoming details below.

Where To Watch Kageki Shojo Episode 8?

You can watch Kageki Shojo Episode 8 online on Funimation. Kageki Shojo has daily updates online officially on the Twitter account, website, and other official platforms. The recent episodes are available on Funimation and other streaming sites with English subtitles. Also Read: My Hero Academia Chapter 323 Delayed: When Is It Coming Now?