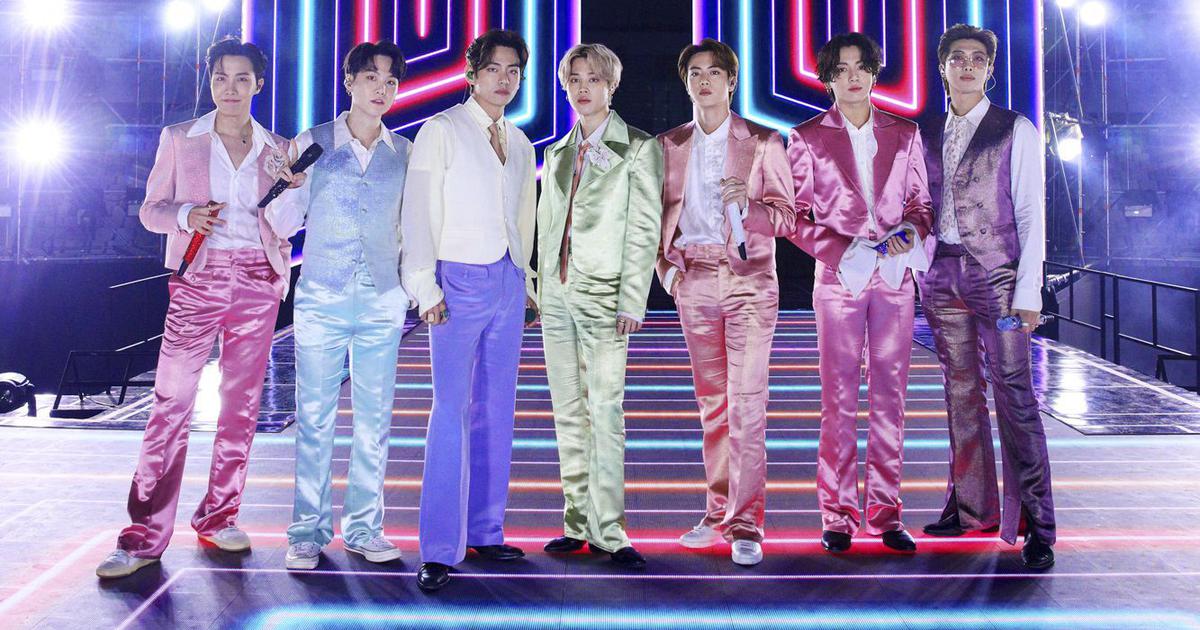 The South Korean music industry, popularly referred to as the Korean pop or K-pop industry, is extremely diverse. There are hundreds of bands and thousands of solo artists. That is why it is almost always comeback season here. When we say comeback, we mean a new album or song release. In the month of May 2021 alone, there are at least 10 big comebacks that fans are eagerly looking forward to. Some of the big bands who will be releasing music this month include the likes of Monsta X, Tomorrow X Together, and the K-Pop supergroup – BTS. We will also get solo albums from the youngest SHINee member – Taemin before he goes off to complete his mandatory military service. At the same time, certain groups like Highlight, which have been missing in action for more than two years, are re-entering the music scene, and we couldn’t be any more excited!

Though K-Pop is often considered a genre on its own, it is rather an umbrella term for all music that is made in South Korea and includes all kinds of genres from across the world. In the last couple of years, the industry has been taking the world by storm with chart-topping releases; top awards show wins and Grammy nominations. The disciplined structure of the industry ensures a constant outflow of good quality music from all the artists here around the year. Read on to find out more about K-Pop Music To Look Forward To In May 2021. 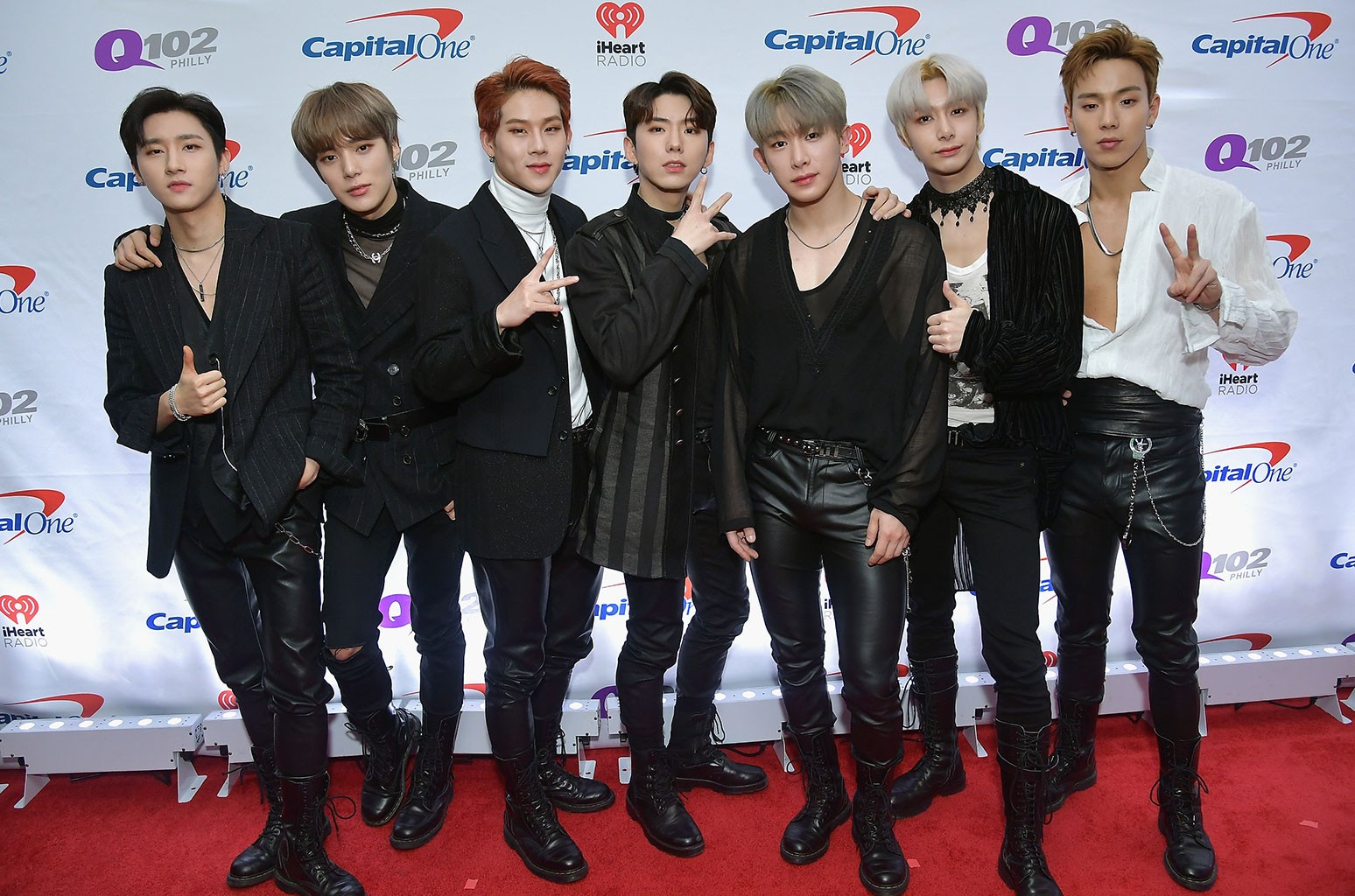 Monsta X is all set to release their third Japanese album. The popular six-member group, which debuted in 2015, has constantly kept all of their fans well-fed with content. This time, their album is called Flavours Of Love and is all set to release on the 5th of May 2021. There will be a total of 11 tracks here, with some Japanese versions of their older super-hit tracks like Love Killa, Follow, and FANTASIA. Their first Japanese album, called Peace, came out in 2018 and the second one – Phenomenon, came out in 2019. 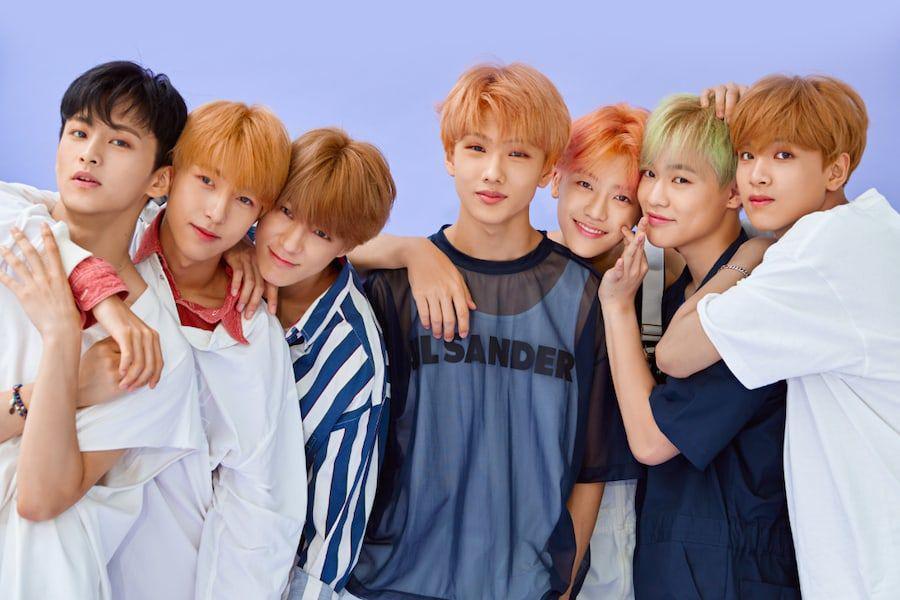 NCT is one of the biggest K-Pop boy bands in South Korea. There are a total of 23 members in this group that was formed by SM Entertainment in 2016. NCT is divided into several sub-units so that each of the 23 members gets an equal opportunity to showcase their diverse talents. NCT Dream mainly consisted of the seven teenaged members of the larger band. Their agency announced in mid-April that the immensely popular band would be coming out with their first-ever full-length studio album on May 10th 2021. The album is titled Hot Sauce. In the past, NCT Dream has released several mini-albums, extended plays and singles. 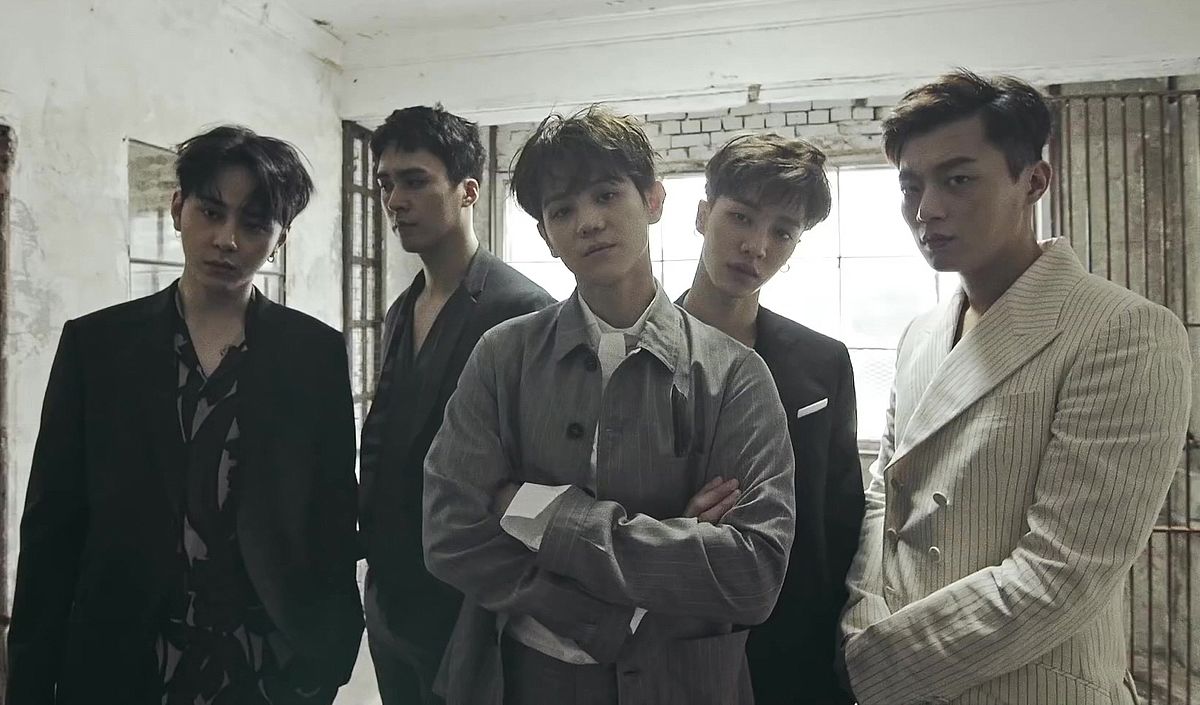 Highlight is a South Korean boy band that made its debut in 2009 under the name Beast. Originally a six-member band, one member of Highlight left during their transition from Cube Entertainment to Around Us Entertainment and another member left in 2019. As of now, the four members of the band are – Doo Joon, Yo Seob, Gi Kwang and Dong Woon. After a hiatus that lasted for over two years as the members completed their mandatory military services and the demographics of the band changed, Highlight released their first album as a four-member band – The Blowing. The main single here is titled – Not The End. 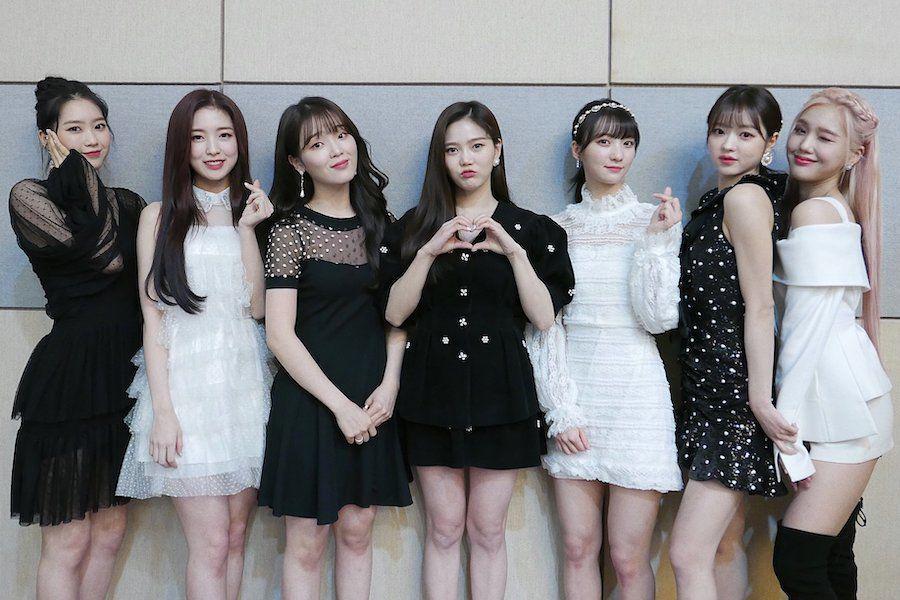 Oh My Girl is a seven-member K-pop girl group who is managed by WM Entertainment. They debuted in 2015. Originally, the group had eight members, but JinE left the group citing several health issues. Oh My Girl has previously released several full-length albums in Korean and Japanese, along with many extended plays. This time, they are back with their eighth mini-album titled Dear OhMyGirl, which is all set to release on the 10th of May 2021. The group has already released several teaser photos of the concept. They have also released a trailer video of the single Dun Dun Dance. 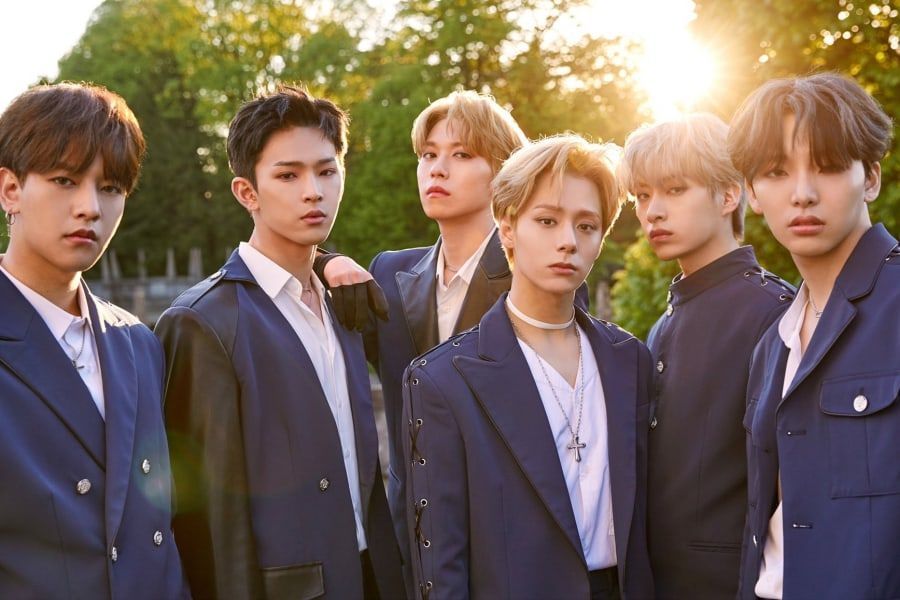 Oneus is a six-member boy band in South Korea that debuted in January 2019 with their first extended play titled Light Us. The mini-album had a total of 7 tracks. Since then, the boy band has released a total of four extended plays and one single album. They have been very consistent with the music that they have produced. They are definitely one of the most promising fourth-generation K-Pop bands in the industry. Oneus is coming out with their 5th extended play on the 11th of May 2021 – Binary Code. The 5 tracks in this EP are Black Mirror, Connect With Us, Polarity, Happy Birthday, and Valkyrie. 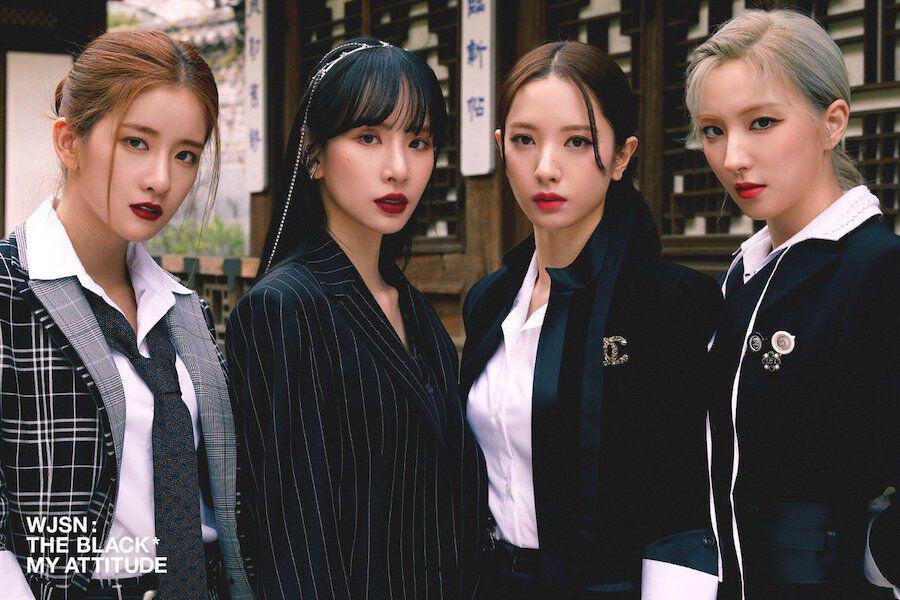 The Cosmic Girls are a thirteen-member idol girl group formed by Starship Entertainment. They have members of both South Korean and Chinese origins. At the time of their debut, the group had 12 members. Their thirteenth member was added about 6 months later. WJSN The Black is a subunit of the Cosmic Girls. It features Seola, Exy, Bona, and Eunseo. They will come out with their debut single album, My Attitude, on the 12th of May 2021. 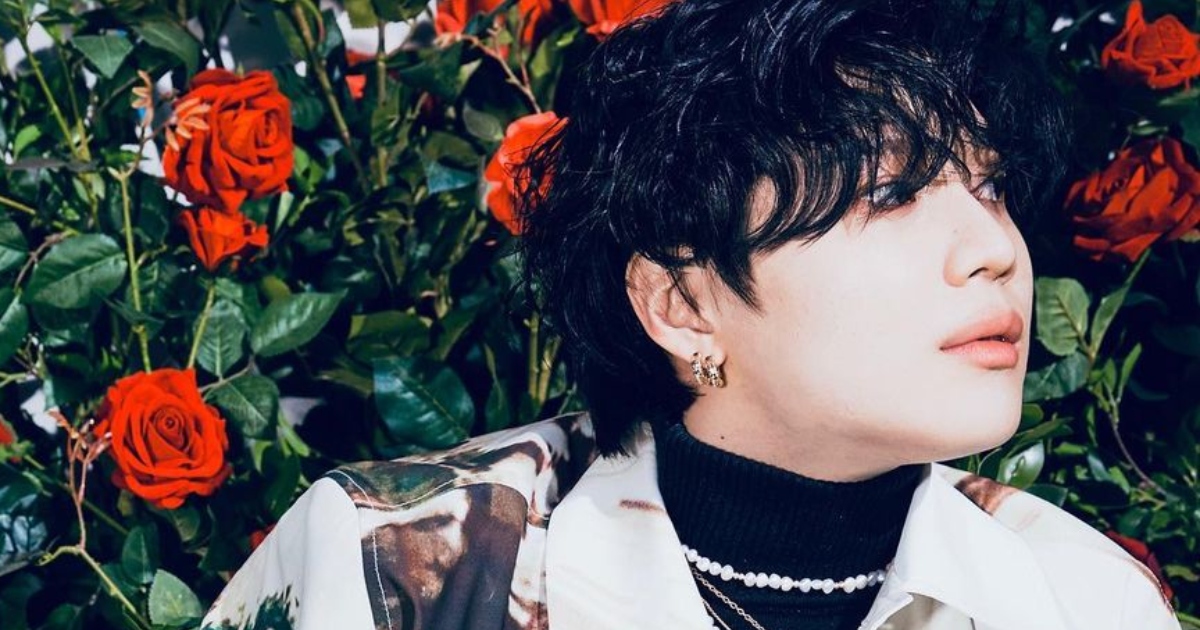 Taemin is the youngest member of one of the biggest groups in K-Pop history – SHINee. The group debuted in 2008 under SM Entertainment. SHINee recently released a new album after almost two years. However, the group’s members have been constantly engaged in solo work. Taemin, a brilliant musician, and dancer recently announced that he would be enlisting in the military to complete his mandatory service. Apart from Taemin, all other SHINee members have already finished their mandatory military services. Recently, Taemin sang the song My Day from the popular K-Drama Navillera‘s original soundtrack. Taemin’s third extended play, Advice, is all set to be released on the 18th of May 2021, shortly before he goes on a temporary hiatus on the 31st of May 2021. Taemin recently held a solo concert on the 2nd of May where he sang the title track Never Gonna Dance Again for the first time. 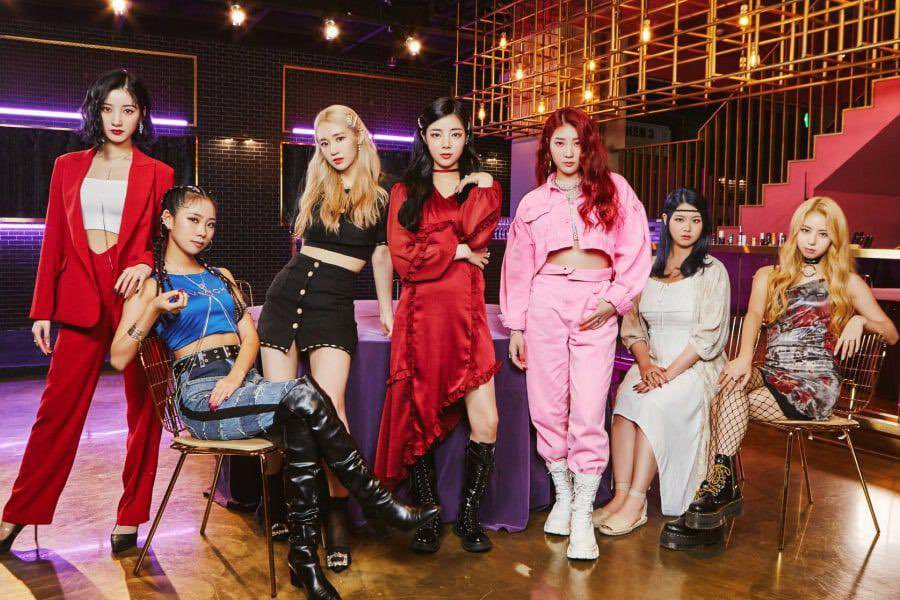 Tri.be is the newest K-Pop group on our list. They debuted just in February 2021. Tri.be is a seven-member girl group that is managed by TR Entertainment. Their debut announcement was made in December 2020. Their first album was Tri.be Da Loca which saw moderate success in South Korea. The album had two songs – Loca and Doom Doom Ta. The group is already coming out with their second album in about 3 months on the 18th of May 2021. Their second single album is called Conmigo. The tracklist again consists of two songs – Rub-A-Dum and Loro. The seven members of the group are Songsun (leader), Kelly, Jinha, Hyunbin, Jia, Soeun, and Mire.

The biggest boy band in the world, BTS, is all set to release Butter on the 21st of May 2021. This will be their 2nd single entirely in English after their mega-hit Dynamite, which earned them a Grammy nomination in 2021. BTS is a seven-member boy band that was formed in 2013 by Big Hit Entertainment, who is now known as HYBE Entertainment. BTS is definitely one of the major reasons behind the growing popularity of South Korean entertainment outside of East Asia. Recently the band wrapped up BangBangCon 2021, where they showed the movies of some of their biggest concerts before the pandemic. They also released a new Japanese song recently – Film Out and will also release a new Japanese album in June. It is called BTS, The Best. Without a doubt, the BTS fandom – ARMY is one of the most well-fed fandoms in the industry with the constant new music that the group comes out with. 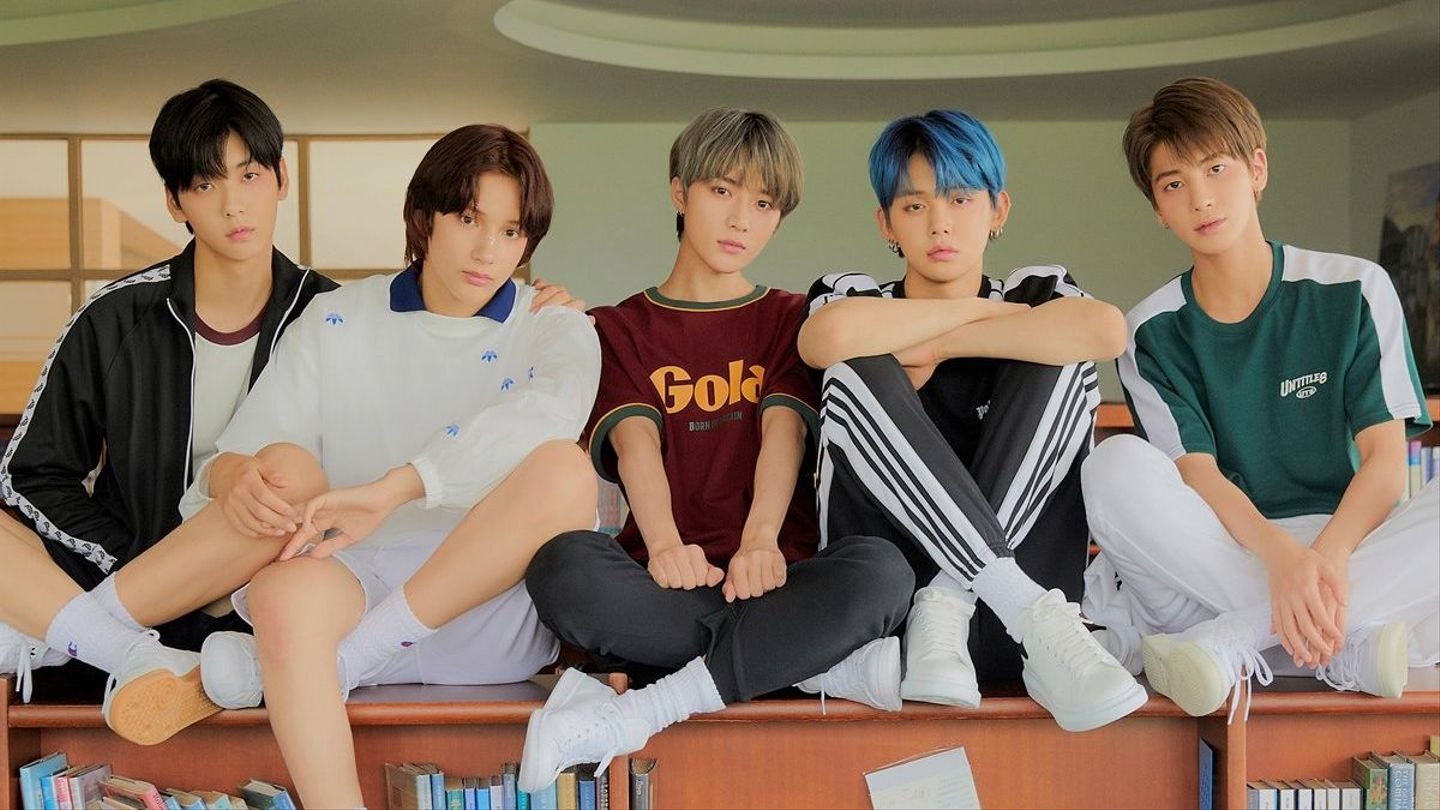 Tomorrow X Together is the only other group from the same label as BTS – Big Hit Music. The five-member band debuted in 2019. In a very short span of time, they have been able to establish a strong foothold in the cutthroat competition of the of K-Pop industry as a 4th Generation idol group. On the 31st of May, TXT will come out with their second long play, The Chaos Chapter: Freeze, at 6 p.m. KST. From the video announcement, TXT MOAs – their fandom, can expect the beginning of a new era and concept for the band. Throughout the rest of the month, the band will release several concept photos and teasers leading up to the final release.