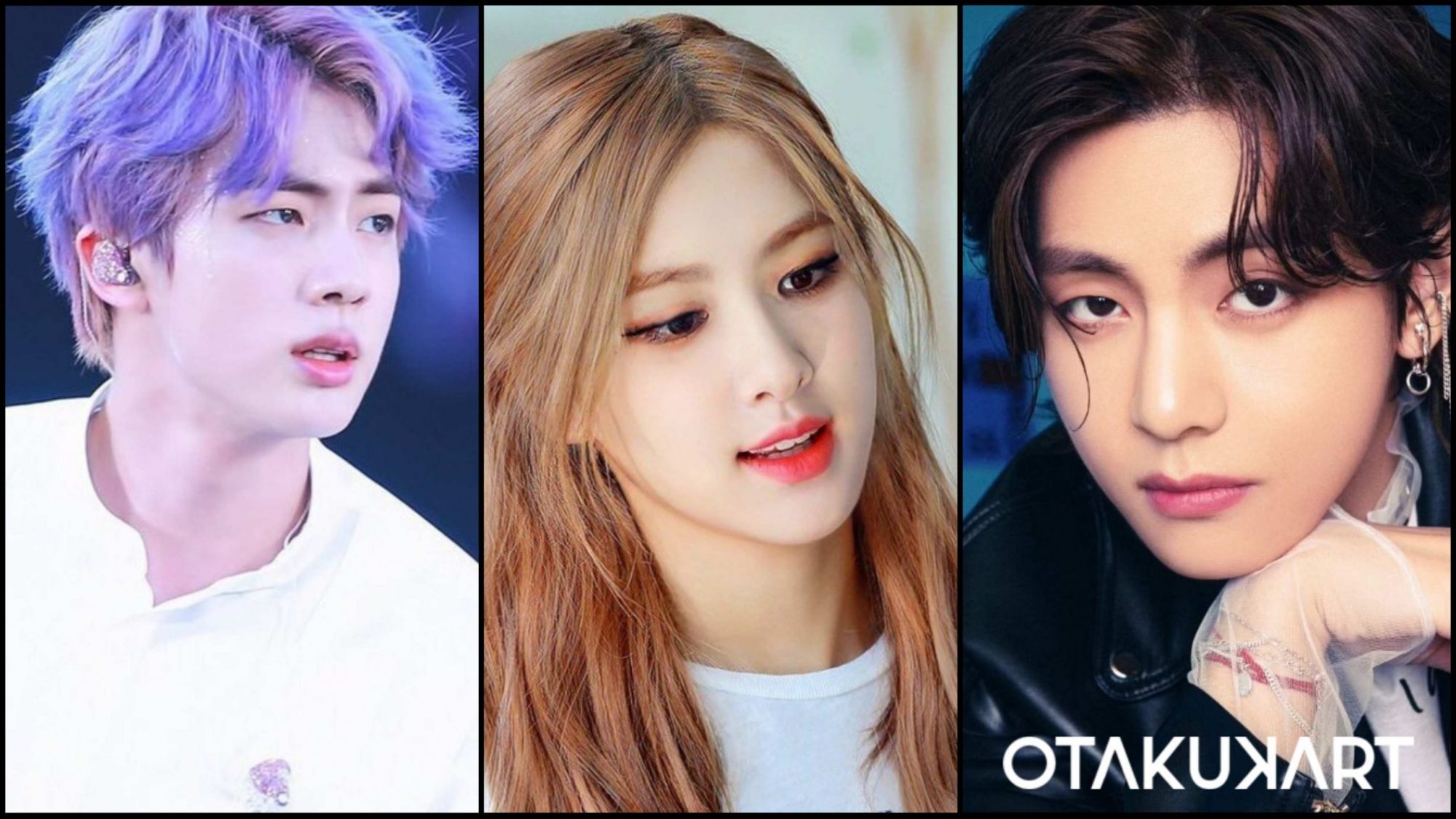 It’s indeed a rare scene where we get to see a popular K-pop idol doing some real acting in K-dramas. Most of the time, they land into acting because of their pretty face and immense popularity, which they garner with their idol image. However, that’s not always the case! Several potential K-pop idols are good enough to be cast in a lead role in rom-com K-dramas but haven’t taken up acting seriously yet. While they have been captivating the public with their artistry, it does not signify that they cannot explore other fields in their career! Popular K-pop idols like Astro’s Cha Eun Woo, 2PM Ok Taecyeon and Bae Suzy are some of the K-pop idols who have achieved more popularity as an actor than a musician, and we would love to see them in rom-com k-dramas. Thus, we have a pretty long list of K-pop idols whom we are dying to see in rom-com K-dramas, playing a variety of roles.

While they have achieved unparalleled fame and support as an idol, they have showcased their acting skills through their own music videos. Let’s check the K-Pop Idols who we are dying to see in Rom-Com K-Dramas out without any further delay!

If Hyunjin’s formidable acting skills haven’t caught your attention yet, please do yourself a favor and watch the music video of Stray Kids’ ‘Winter Fall,’ a track on their Christmas single’ Christmas EveL’. The way he conveyed the sentimental message of the song in such an amazing manner with his facial expressions completely caught us off-guard! Certainly, his acting will make you want to see him in a K-drama depicting such feelings and emotions. Hyunjin is not only a great vocalist, dancer, and host but also has a keen interest in art, as evident through his drawings and paintings. 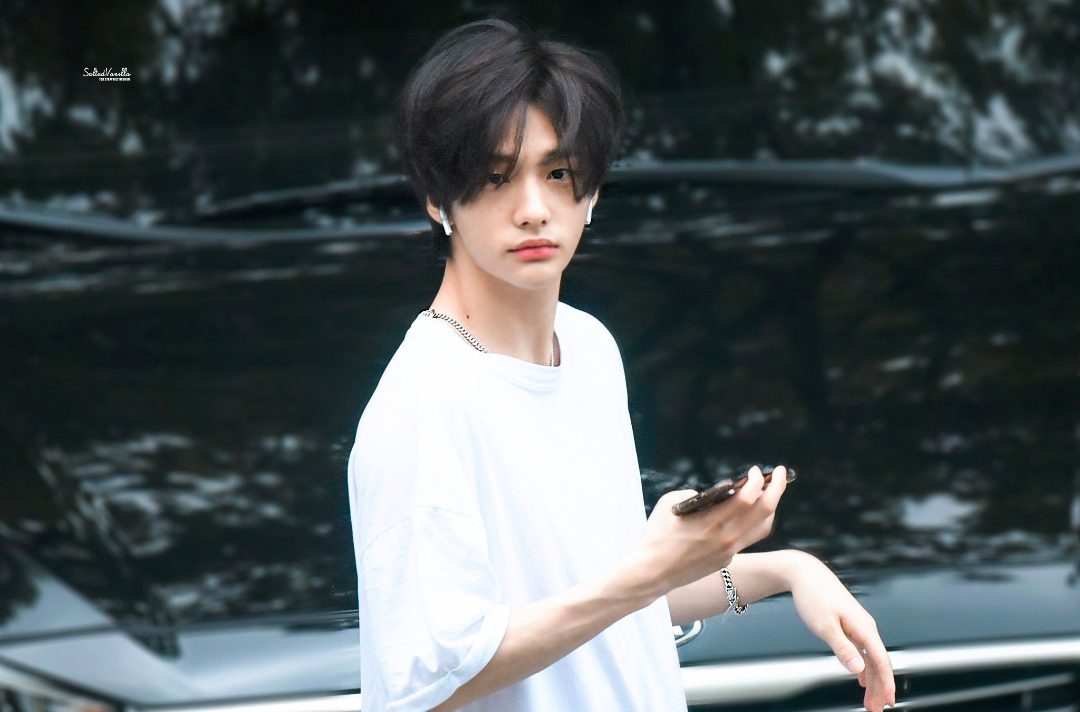 Someone, please convince him to let him use his incredible voice for delivering some dialogues as well as he seems to be capable of nailing them! And with a smile like him that can put even sunflowers to shame, it won’t be hard for him to be cast in a rom-com K-drama. Until Hyunjin feels ready, the STAYs will patiently be waiting for him to make his acting debut on the television screen.

Twice’s Jeongyeon is one of those K-pop idols who we are dying to see in a rom-com K-drama, especially since we know that she is the younger sister of an established Korean actor, Gong Seung Yeon. It would be incredibly satisfying if she followed the footprints of her sister and showcased her acting skills. Jeongyeon, with her ability to look flawless in any hairstyle and fairy-like visuals, can easily play the character of a female protagonist who a rich CEO crazily falls in love with. 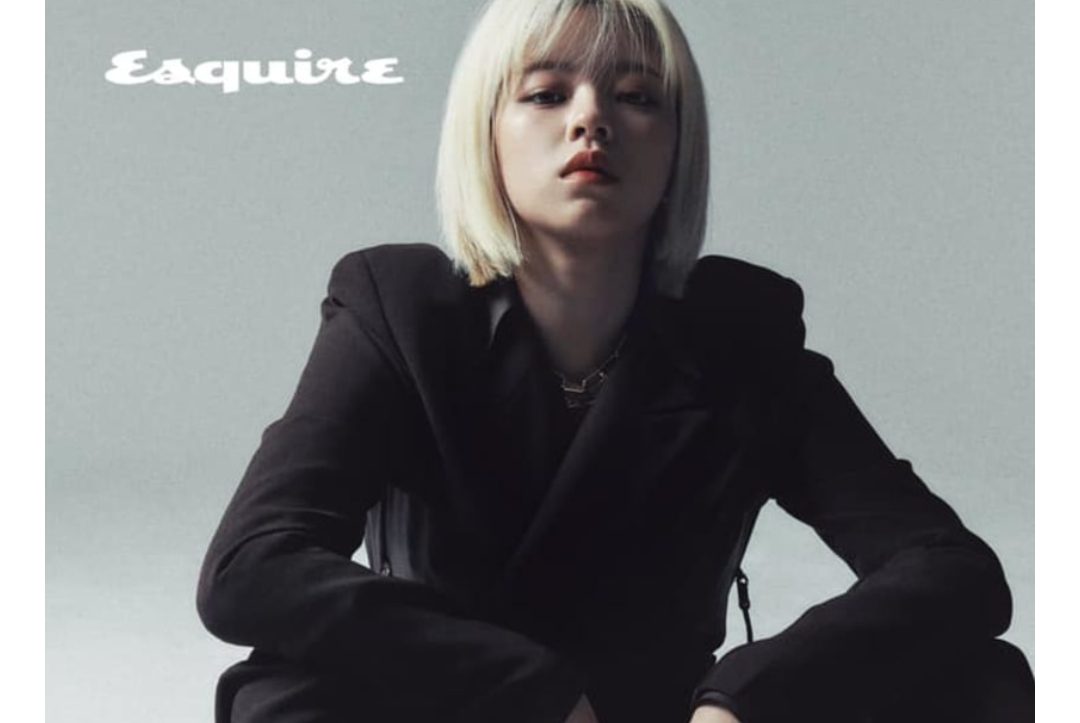 Unfortunately, JYPE has turned down several opportunities for her to be cast in K-dramas. If or when she is allowed to debut in a show, she might impress us with her hard work and chameleon-like quality. If Jeongyeon is not prepared to delve into acting yet and is hesitant about it, we want to let her know that the ONCEs have got her back and would support her in every situation!

Blackpink’s Jisoo recently made her acting debut in a leading role through the Disney+ melodrama, ‘Snowdrop,’ which went on to become one of the highest-rated and the most talked-about K-dramas of the year. While she did an amazing job at portraying the depth of her character, fans couldn’t help but think of the gorgeous Rosé as a K-drama female lead, too, in a rom-com series. The way she has pulled off the raw emotions in her music videos like ‘Gone’ and ‘Lovesick Girls’ showcases how successful an actress she can turn into in the future. 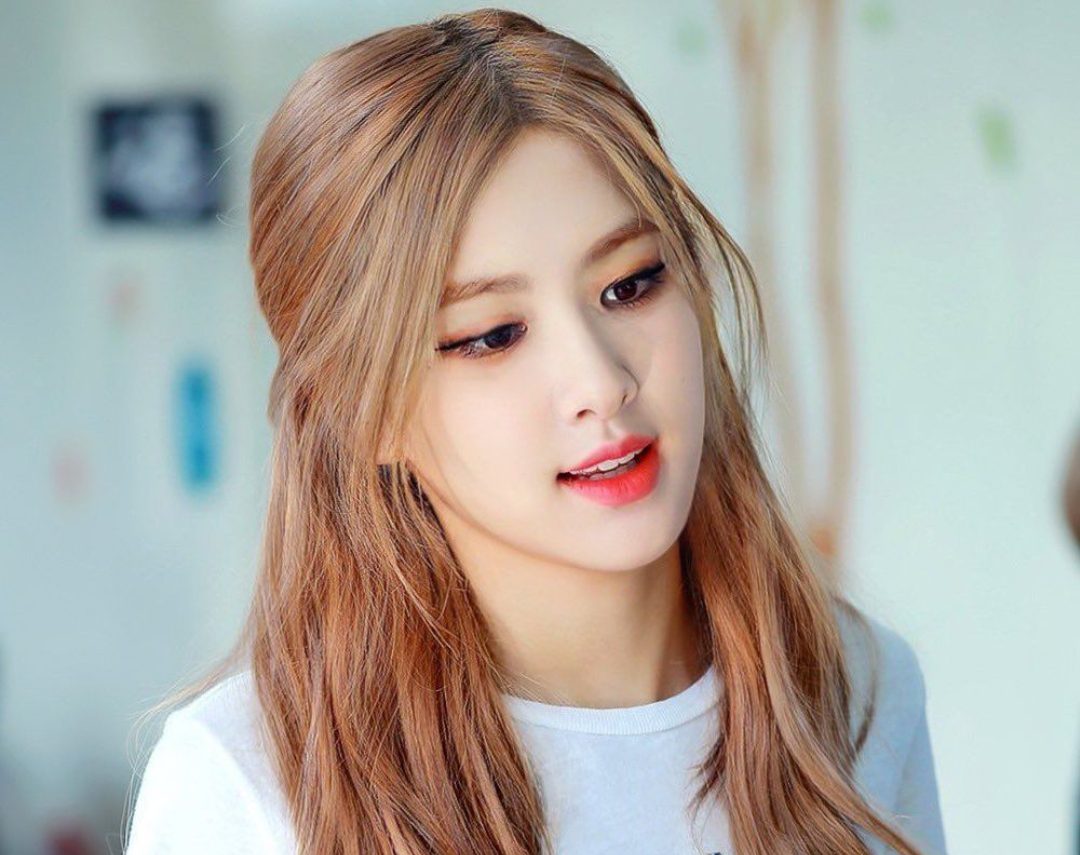 Be it a musical K-drama or a fantasy show, Rosé looks like a K-pop idol who can ace them all. A badass and savage character similar to that of Man Wol from ‘Hotel Del Luna’ and Ku Moon Young from ‘It’s Okay to Not Be Okay’ seems like a perfect role for her! Fans have been dying to see her charisma in a rom-com K-drama as soon as possible, regardless of the type of role she chooses to play.

While almost all the GOT7 members have been shining in the K-drama series, with Jinyoung playing a lead character in ‘The Devil Judge’ and Youngjae in Netflix’s ‘So Not Worth It,’ it is high time for our ‘Thai Prince’ Bambam to take some significant acting roles. People would love to watch such an influential K-pop idol like him in rom-com K-dramas, wouldn’t they? While he has already tried his hands at acting through the 2015 web series, ‘Dream Night,’ which was a short and fun watch for GOT7 fans only, it was definitely far from a proper K-drama! 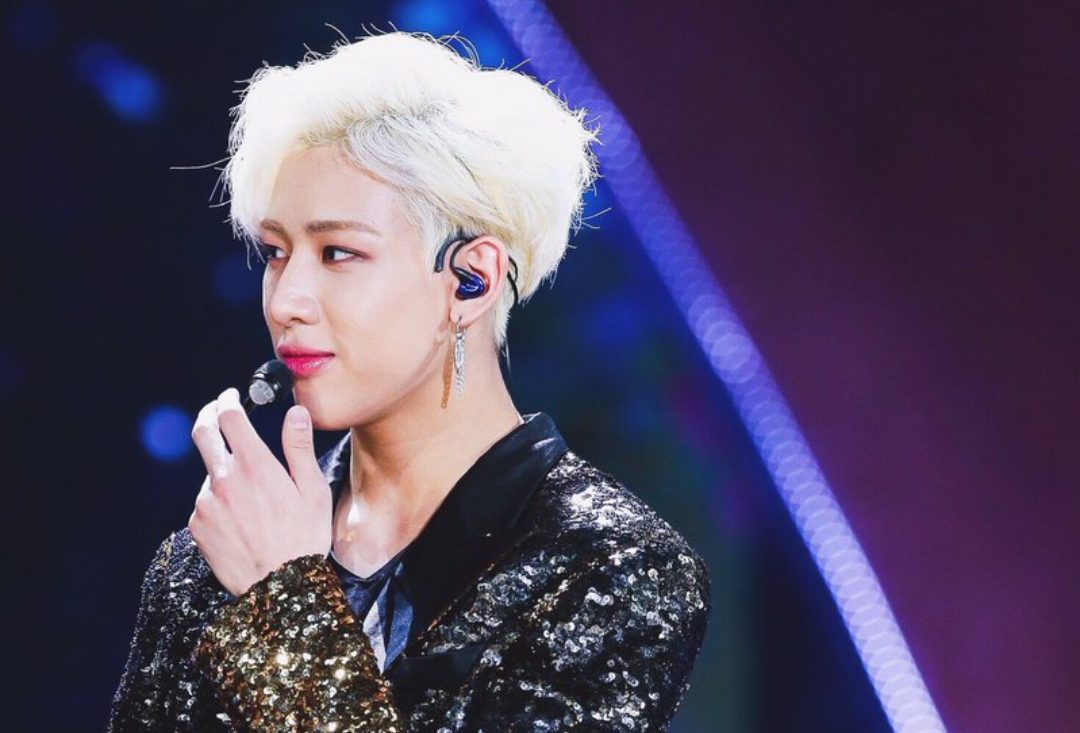 When asked if he is ready to spread his wings and take up some more diverse roles, he replied that he wishes to try on acting in a horror and thriller drama where he plays the character of a villain. Well, hot and attractive K-drama villains are in trend these days, so we really won’t mind as long as he is cast in a rom-com K-drama! Maybe there’s already a handful of producers and screenwriters who are ready to cast him in his dream role after watching his interview!

Fans are religiously waiting for Red Velvet’s Irene to make a comeback in acting, but unlike older times, in a full-fledged feature! The eldest member of the popular girl group, the rapper-actress has already delivered an amazing performance in the mini-series ‘Women at a Game Company’ and the Korean movie ‘Double Patty’. Her role as a young and fresh college student in cute sweatshirts and oversized glasses gave us the vibes of our girl-next-door. 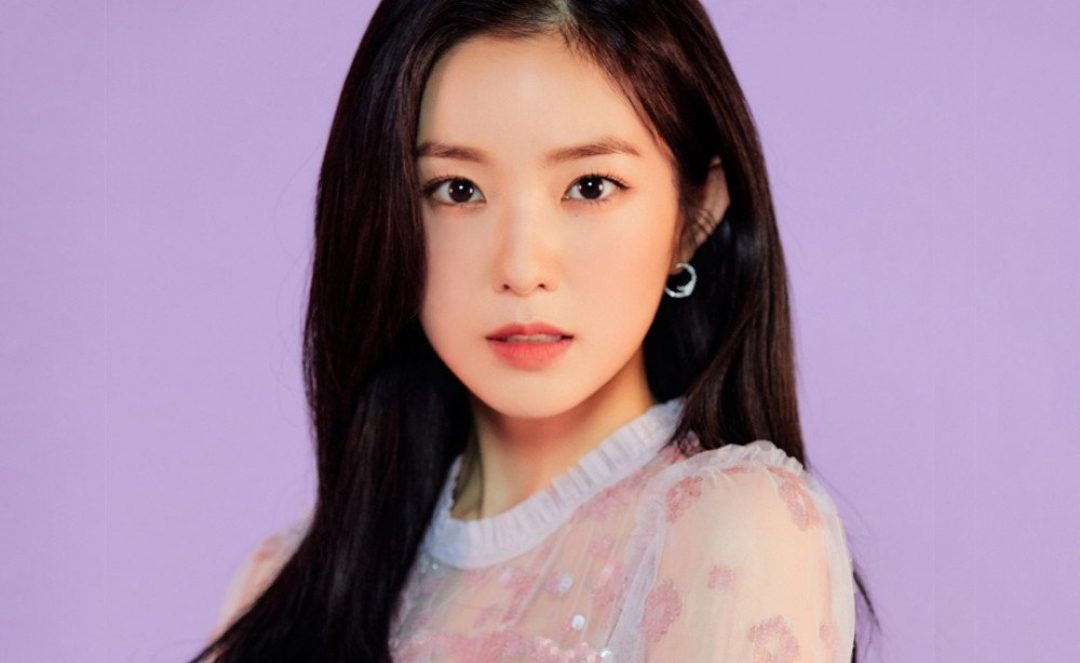 However, imagine her in a hanbok as the leading lady of a historical drama (saeguk)! Wouldn’t that mature and polished look suit her the best! Like her bandmate Joy, Irene has some hidden acting chopped up her sleeves too. The way this K-pop idol can slip into any character seamlessly as she has done in the past raises our hopes for her as a rom-com K-drama female lead!

Remember those good old days when BigHit blessed us with Mr. Kim Taehyung in a K-drama? Well, just so you are aware, it has been freaking six years since then! Despite his young age and lack of experience in the entertainment world, he did a great job and made everyone fall in love with his character. However, ahem… that definitely wasn’t enough! We need ‘Actor Taehyung’ back in a rom-com K-drama by any means. While several producers have already made love calls to V with the hope of casting him in acting projects, it has been in vain. 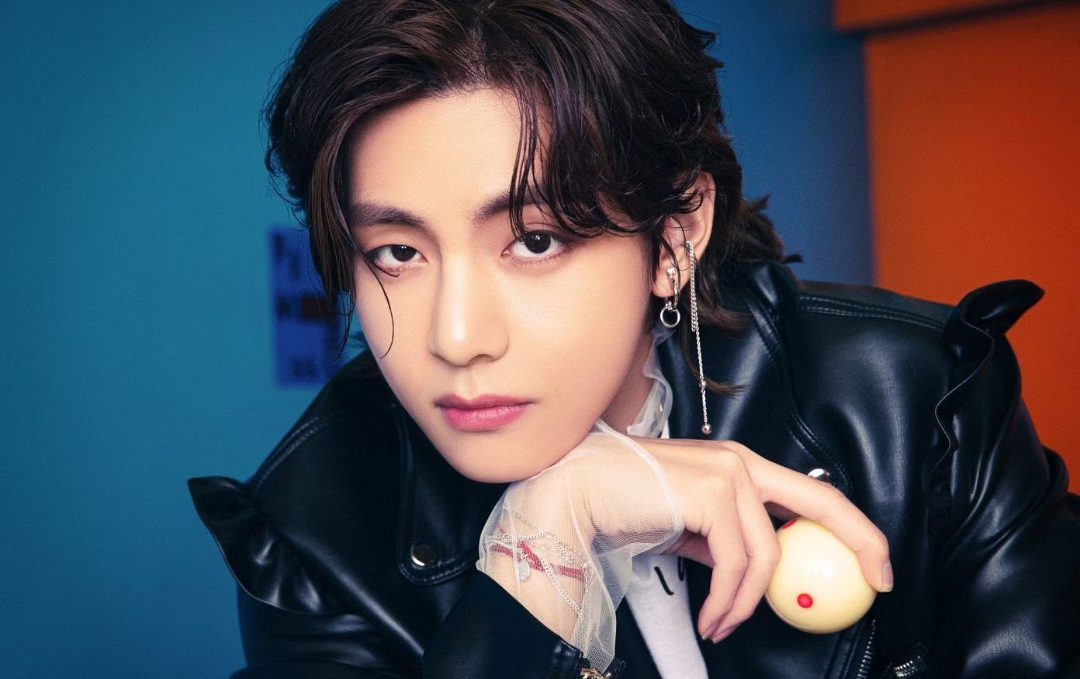 Imagine him playing the character of a hot-shot Chaebol, or a genius prosecutor, or a vigilante! Now you can come back to reality, for he has already talked about his plans to pursue acting in the future. He solely wishes to focus on his music career for the time being and might try his hands at acting again after he turns 30. Seems like the ARMYs will have to be patient if they want to see their favorite K-pop idol as a rom-com K-drama lead.

Does Jin not yet know that he should have already played the lead character in a rom-com K-drama by now, or is he just playing hard to get? Is he really ignorant of the countless petitions the ARMYs have to send for him to start his journey of being a professional actor! Without any doubt, he has one of the most mesmerizing voices in the K-pop industry and a face that reflects handsomeness. However, what’s the use of that perfect face if he doesn’t take complete advantage of it. You might already be aware that he is a graduate of Konkuk University with a degree in Film Studies as he initially intended to be a professional actor. With his knowledge of acting, confidence, and gorgeous looks, it wouldn’t be hard for him to fit into any role assigned to him. 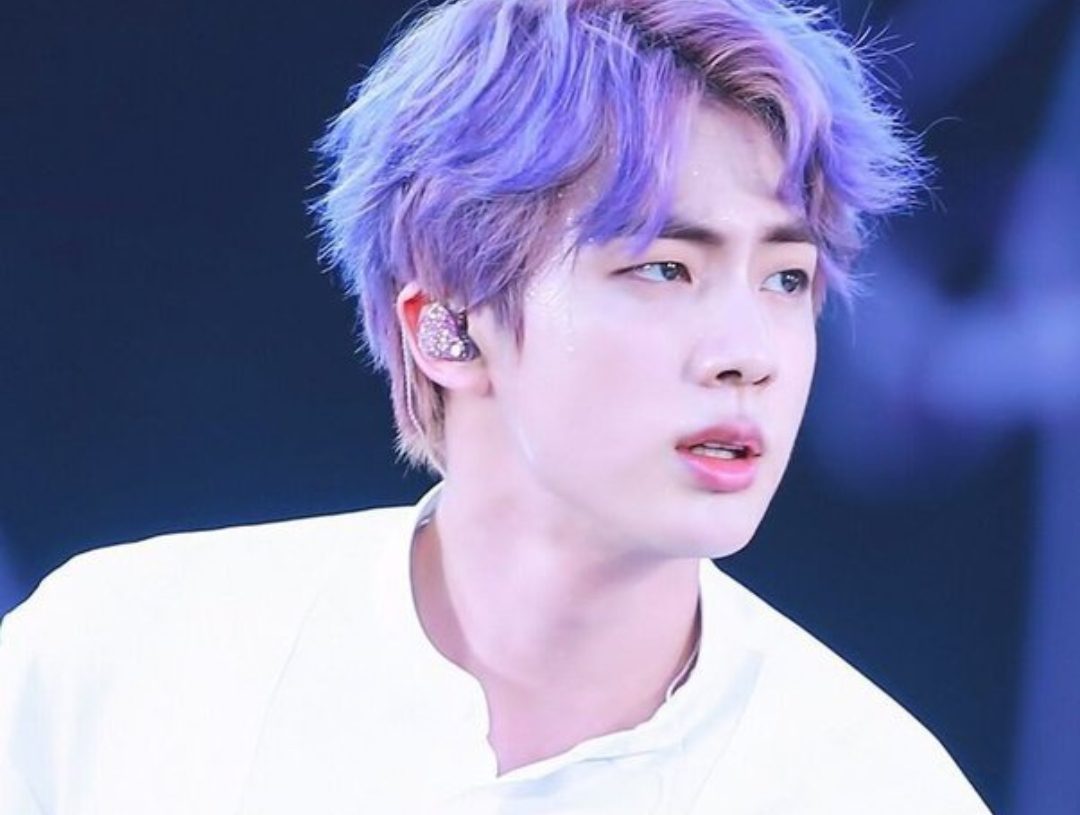 We have already seen his amazing control over his facial expressions in several of BTS’ music videos, especially the deep and melodramatic ones. Moreover, with a fanbase as big as the ARMYs, there’s no way the show wouldn’t be a superhit if he plays a lead in it!

Also Read: Times When BTS Created Hilarious Rumors About Each Others!