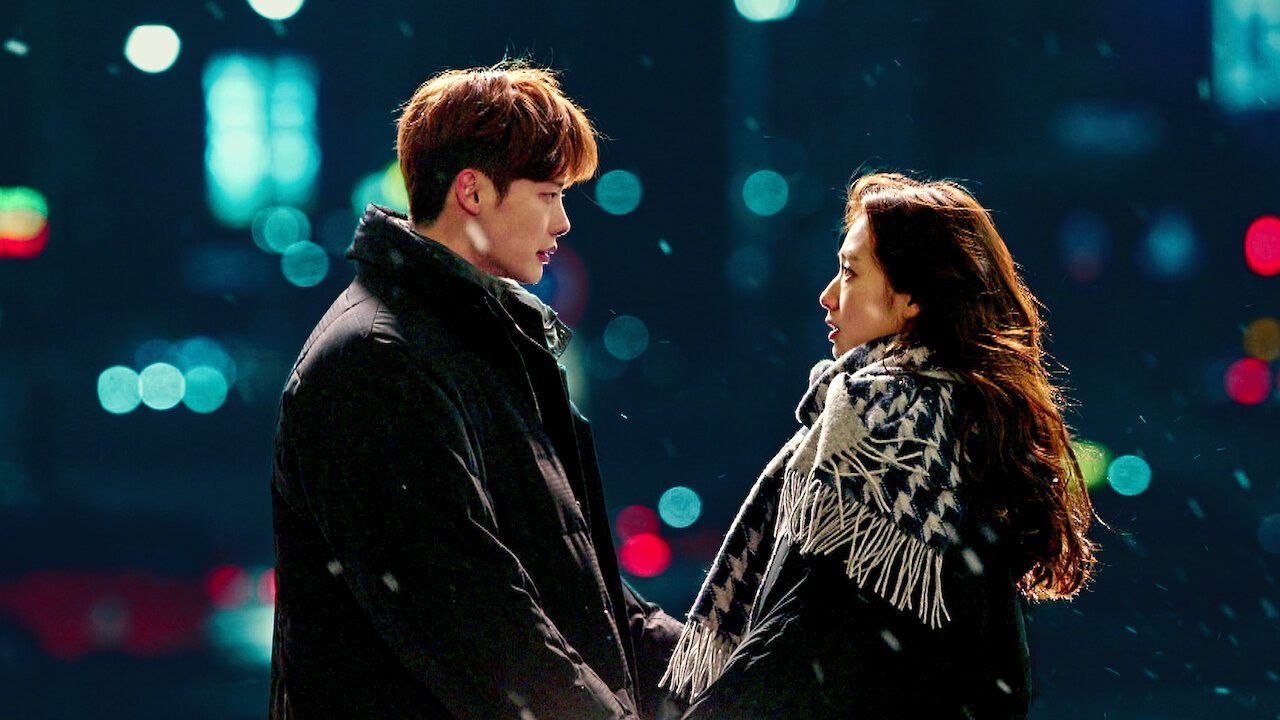 The South Korean mystery drama premiered in the year 2014 and aired for 2 months. A  Jo Soo-Won-directed drama that received many awards and nominations is still one of the best dramas you can watch. Also, the main leads Lee Jong Suk and Park Shin Hye, made an unforgettable impression on people. Moreover, with the chemistry between them. We couldn’t help but ship them all the way. But why the name Pinnochio? Well, as per stories, Pinocchio is a children’s book frictional character. And he cannot lie because when whenever he does, his nose gets longer. So, in “Pinocchio” drama, we have a person who suffered from a condition called Pinnochio syndrome. Keep reading K-drama of the day: Pinocchio Cast, Plot, Review, and Ending article to know all about this unique story.

As we were saying, Pinocchio syndrome is a condition in which a person gets hiccups whenever they lie. In the drama, the main character Choi In-ha has this condition. She is a woman in reporting profession. But her condition makes it hard for her to the job. Also, there is another character named Choi Dal-Po. His family is a victim of a tragedy that makes them go on their own ways. After this, Choi Dal-Po assumed a new identity. Also, he works hard to rebuild his life. In the process, he meets Choi In-ha, and from this point onwards, her life takes an unexpected turn. “Pinocchio” is an amazing drama, and we would recommend watching it at least once in your life. But if you are still doubtful about it, read the full article to know what you can expect from the “Pinnochio” drama. 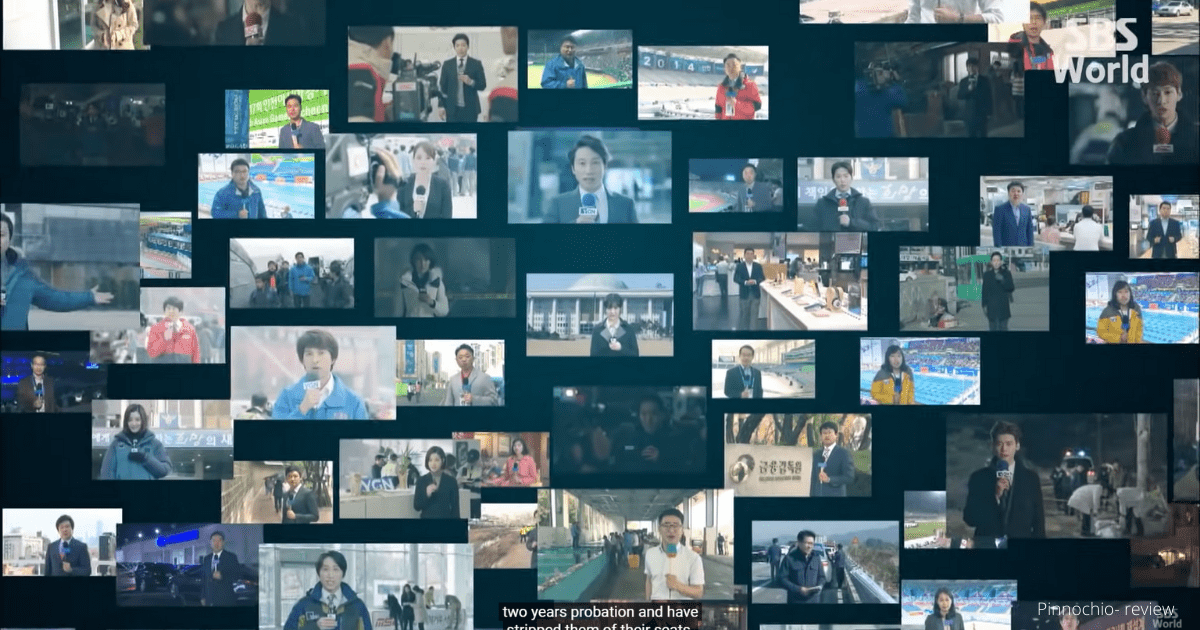 K-drama of the day “Pinnochio” Plot

The story of “Pinnochio” starts with a tragedy. Ki Ha-Myung’s family has torn apart after the death of his father. His father Ki Ho-sang works with a fire fighting squad. But one day in an unfortunate event happens. Ki Ho-sang dies in a factory explosion along with his whole squad. But because no one is able to find his body, the media uses Ki Ho-sang and turns him into a culprit.

This leads to Ki Ha-Myung’s family becoming an outcast. Their neighbors won’t accept them anymore. After the horrifying news about her husband, Ki Ha-Myung’s mother committed suicide. Also, she took Ki Ha-Myung with him and jumped off a cliff. After this, Ki Ha-Myung is left with his brother, who blames media for the loss of his family. 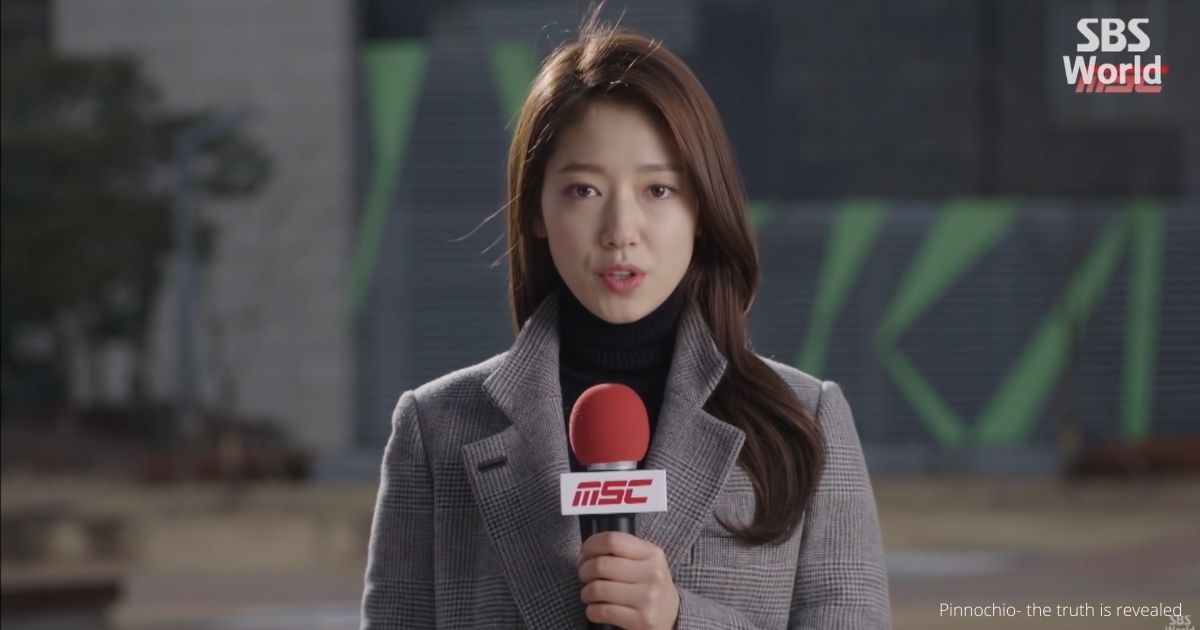 Pinnochio- the truth is revealed.

Choi In-ha idolizes her mother and does not want to live with her father after the divorce, But in her time on the island, she builds a good friendship with Choi Dal-Po. But later, Choi Dal-Po discovers that his new friend’s mother is no other than Song Cha-ok. She is the reporter who criminalized Choi Dal-Po’s father, which led her mother to commit suicide.

And when Choi In-ha finds out what her mother did, it breaks the illusion that she had of her. She is disgusted by what her mother did to Choi Dal-Po’s family. After this Choi In-ha, and Choi Dal-Po decides to take down her mother. And are determined to make better news with any influence of corruption. Also, the K-drama of the day “Pinocchio” article is something you don’t wanna miss. So keep reading.

The K-drama of the day “Pinocchio” Cast, Plot, Review, and Ending article is not going to disappoint you. People are already in love with this drama. And can’t get enough of it even after six years. Because of this, we bring you this article. Let’s find out who are the actors who worked in this amazing production.

The actor Lee Jong-suk plays the lead character of Choi Dal-Po. Earlier, he was known by the name Ki Ha-Myung. After his family was torn apart because of his father’s death, he decided to build a new life for himself. Later, he swears to take down Song Cha-ok and the corruption that lingers in the journalism industry.

The talented actress Park Shin-Hye plays the role of Choi In-ha. Also, she is the daughter of Song Cha-ok. She has a rare condition known as Pinocchio syndrome. So whenever she lies, she starts getting hiccups. She works as a broadcasting reporter, and her condition makes it really hard for her to be in her position. When she meets Choi Dal-Po, her life takes an unexpected turn. 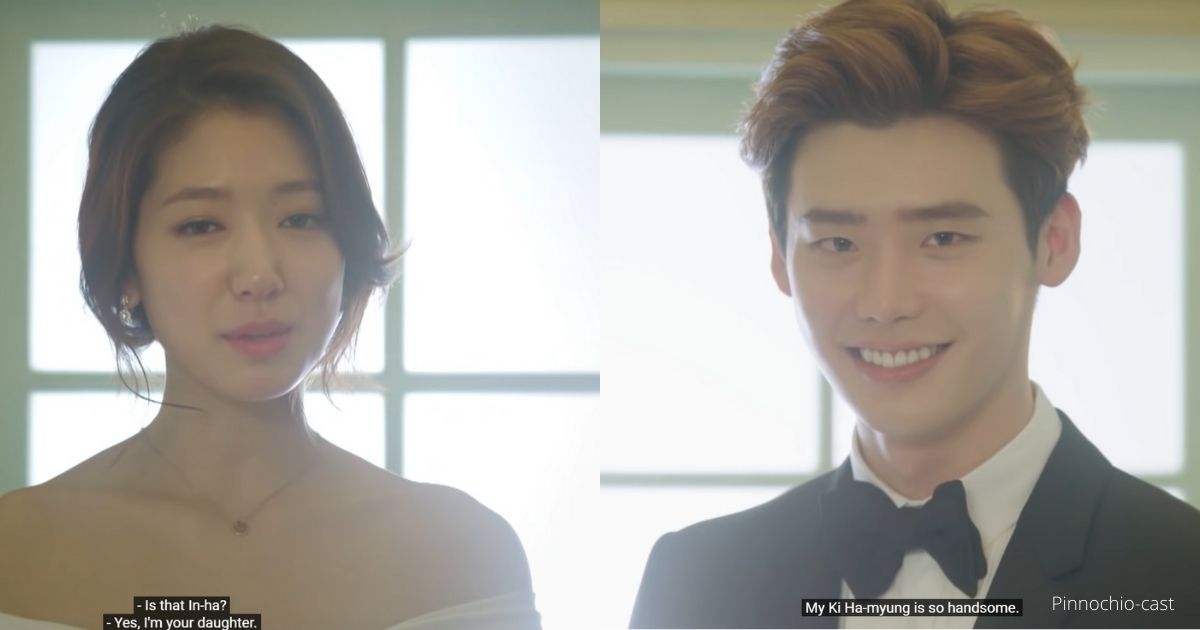 Another main character in “Pinnochio” is Seo Beom-jo. The character is played by the actor Kim Young-Kwang. He comes from a rich family. And has never had to work hard to gain something. But when he starts as a young journalist, his life gets involved with the life of Choi In-ha and her mother.

And the other journalist in Choi In-ha’s team is Yoon Yoo-Rae. She does her job well. Also, her skills and knowledge as a fangirl aid her a lot. She is a fan of Sesaeng.

While working together and towards uncovering the conspiracies in the industry, Choi In-ha finds out Choi Dal-Po’s real name is Ki Ha-Myung. Also, she finds out what her mother did to his family. When she uncovers the truth about how Song Cha-ok made Choi Dal-Po’s father a criminal just to get more ratings on her channel, she is disgusted by her. Also, Choi Dal-Po finally tells the truth about what happened in the factory fire.

At the end of the episode, we can see Choi In-ha and many more reports telling that Beomjo Group has finally gained its independence. And have become free from its creditors. Ms. Park Ro Sa is asked to sell her shares, and a new business manager is hired. Also, Park So Ra loses her seat in the assembly. Ms. Kim Gyeong U is sentenced to six months and two years of probation. She and six other assemblymen are stripped of their seats in the assembly. 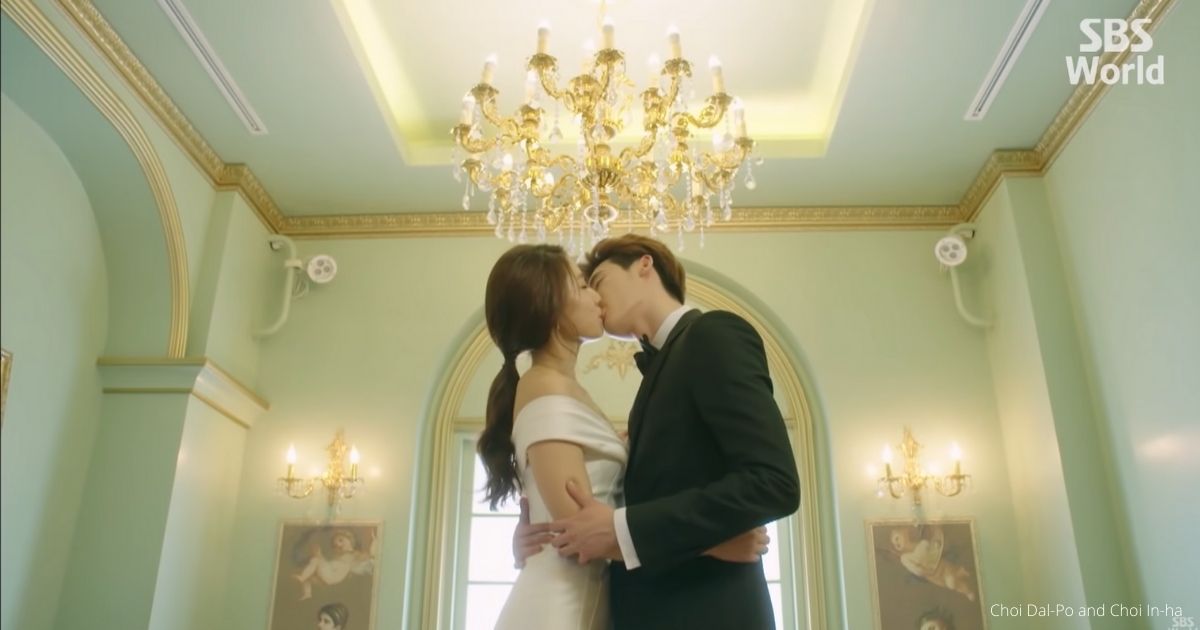 Also, it is a happy ending for Choi In-ha and Choi Dal-Po. Their love for each other comes through, and they get married to each other. Both of them are getting trial in a mermaid-style bridal dress and a simple suit for their perfect day. Choi In-ha asks him why did he want to go on a quiz show with her? To which he replied with a kiss and said it was because of her. Because he liked her. This was really a perfect ending to a perfect show.

K-drama of the day “Pinocchio” review

The “Pinnochio” drama was released on 12th November 1014 and continued till 15th January 2015. The drama is the work of the director Jo Soo-Won. Every episode gave us chills and feels of romance. This drama can really be considered a unique one because of its introduction to a rare condition. The mention of Pinnochio syndrome raised awareness, as well as made us realize how hard it can be for a person. No matter how many times we are told not to lie, it is a part of our lives. 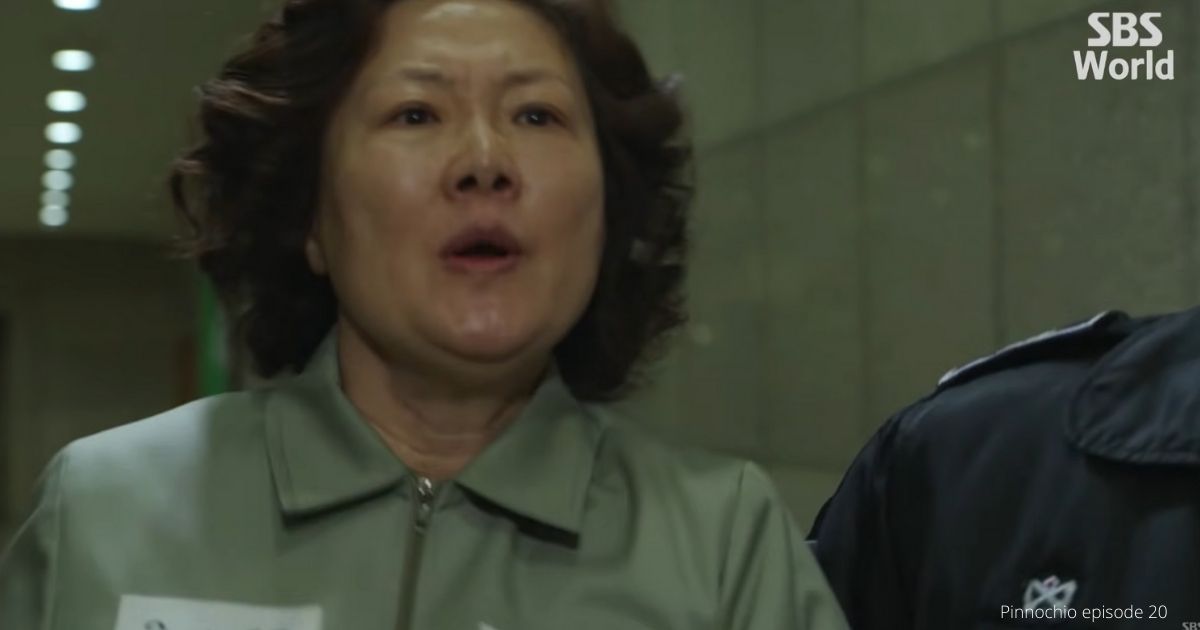 Also, the cast included amazing actors like Lee Jong Suk and Park Shin Hye. After appearing in many successful dramas, they made their imprint on fans yet again with “Pinnochio.” Also, this exceptional story is written by Park Hye Ryun. She is a well-known writer who has also worked on “Hellcats” and “I hear you.” Moreover, the drama “Pinocchio” is a family drama so parents can children can enjoy the story together.

Finally, the ending was filled with emotions and revelations. It gave people hope seeing how so many reports worked together in pursuit of the truth. Also, seeing justice being served gave a sense of relief and happiness. Moreover, looking at our happy couple, we ended the drama with a big smile and imagined how happy they would be for the rest of their life. K-drama of the day “Pinocchio” article has well equipped you to talk for hours about the series. So make sure not to waste an opportunity.