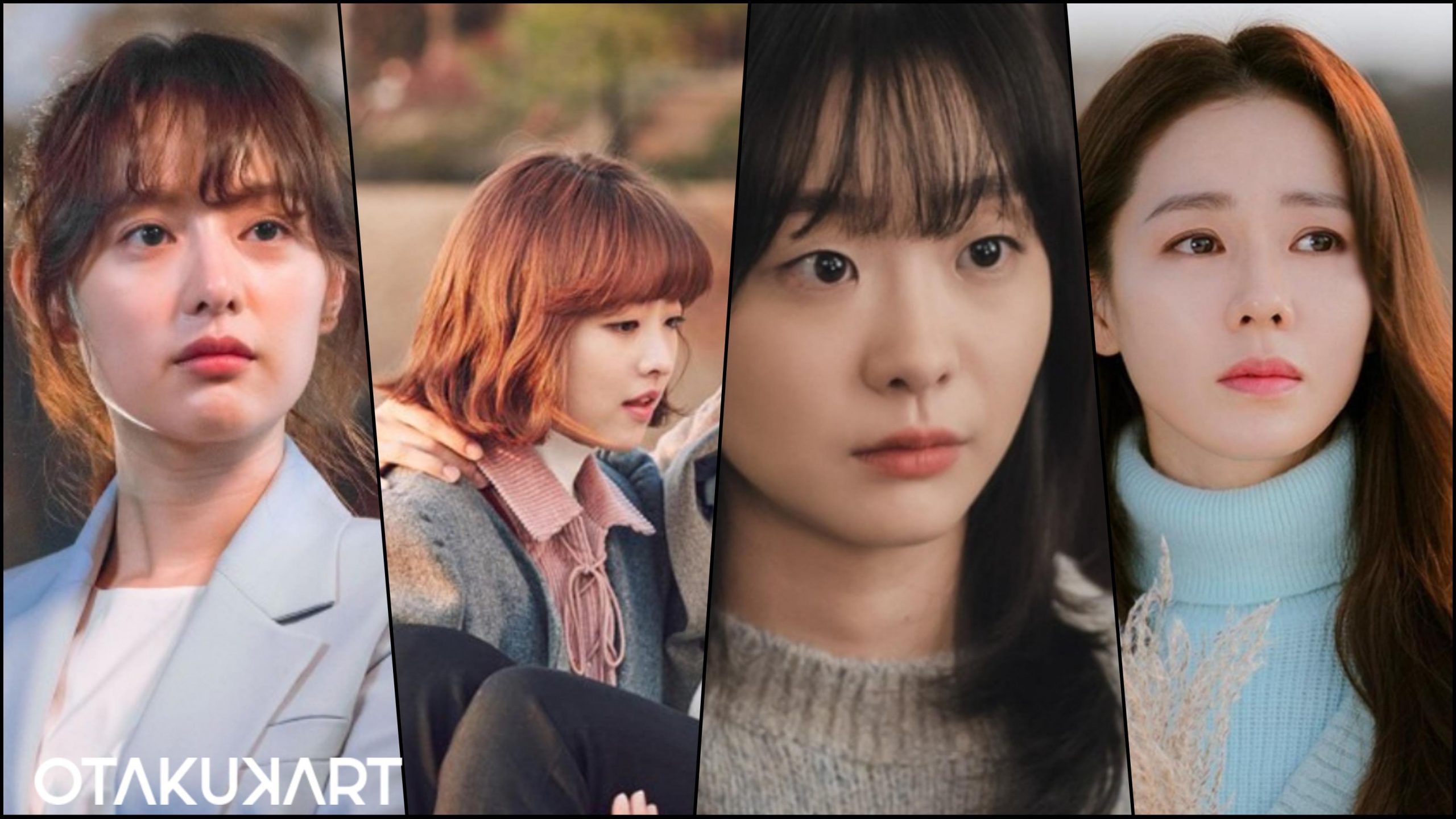 You might have observed people outside Korea directly assuming that K-dramas are meant for crazy fangirls who are ridiculously obsessed with the handsome actors. Well, they aren’t wrong since we indeed fangirl over the god-like appearance of the hunky and chiseled male leads. But limiting them just to their visuals seems really unfair, isn’t it? Some of the viewers might start watching a K-drama for the male lead but as they dive deeper into the storyline, the other characters, especially the high-spirited and strong female leads, eventually grow on them. In fact, in some cases, it’s the leading ladies who successfully catch our attention with their inspiring and admirable personalities!

However, watching K-dramas at home with your mother might be super uncomfortable, considering how you might not want to have her watch you scream over a handsome Korean man. If you want to watch K-dramas with your mother together without showing her your fangirl side, you got to play smart! Choose K-dramas with multi-dimensional female leads, and you are good to go! We have compiled for you some of the best K-drama female leads who can easily impress your mother! Have a look.

If your narcissistic boss’s mother wants a daughter-in-law like her, who else won’t! Kim Mi So is a highly organized and capable secretary who has been working for the second-to-none Lee Young Joon for nine years. Despite his narcissistic nature, she carries out her job exceptionally well and takes care of almost all his schedule. 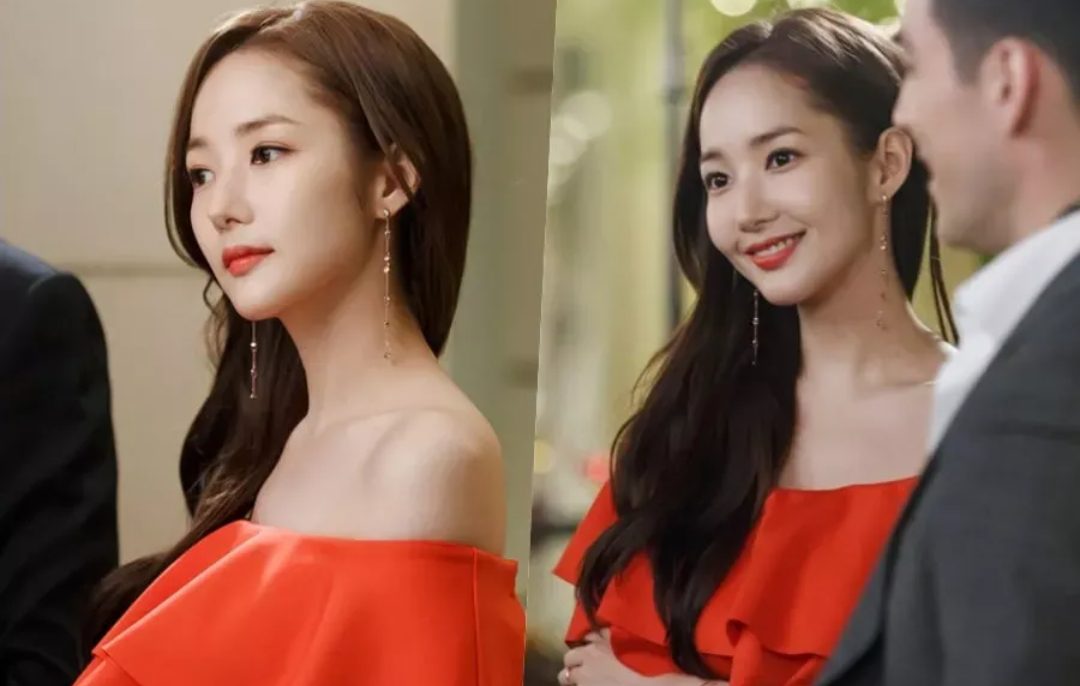 However, when she makes up her mind to leave behind everything and start a new chapter in her life, she abides by her decision until she falls in love with Young Joon. She even helps him with his PTSD, which he had got after experiencing childhood trauma. Her responsible nature and strong will to put her family before herself make her a strong contestant as a K-drama female lead whom your mom might love!

If you have already watched the series, you would definitely agree that no other K-drama female lead can match the cuteness of Do Bong Soon! She is a down-to-earth petite woman who possesses the superhuman strength to take down evil people. Despite her extraordinary physical ability, with which she takes smashing K-drama stereotypes to a whole different level, she has also been portrayed as an amped-up adorable and humble person who acts naive and weak in order to get noticed by her long-term crush. 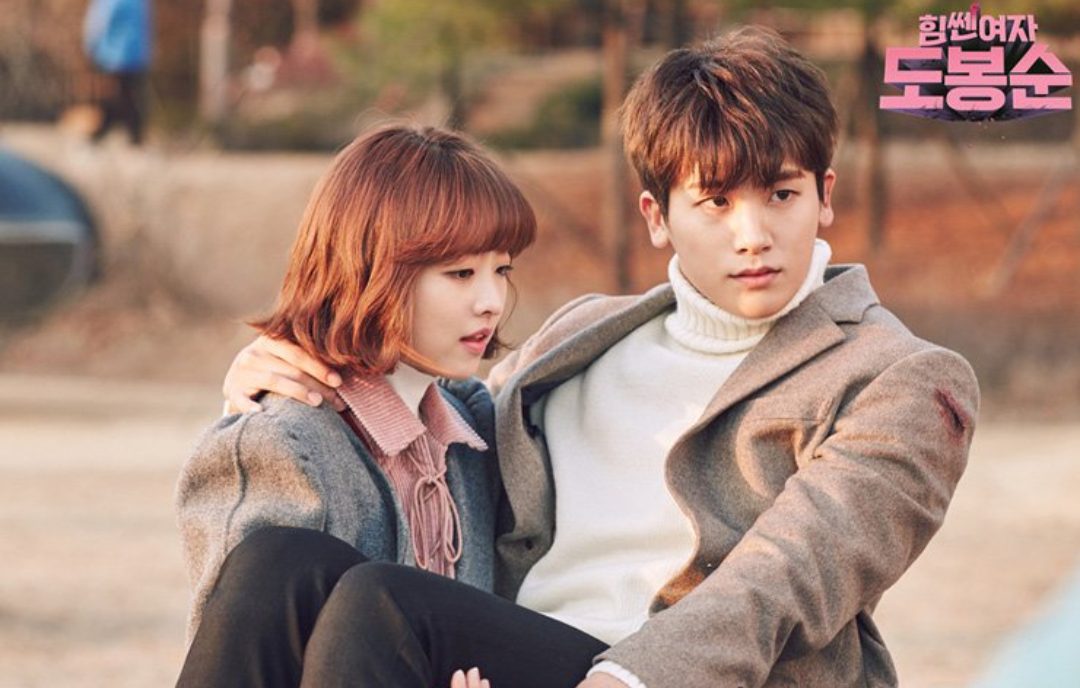 With a super cute bob haircut, Park Bo Young bringing the character to life is perhaps the best thing about the show. To cool and modern moms who hype up female leads who are anti-damsel in distress and lack no hesitation when it comes to defending people in need, Bong Soon might become one of their favorites!

The beautiful story of ‘Second Twenty’ revolves around a 38-year-old woman named Ha No Ra who gave up on her dream to become a dancer and chose to give birth to her child she was pregnant with. Years later, she finds her life in a mess as she is close to getting divorced and has been diagnosed with terminal cancer. 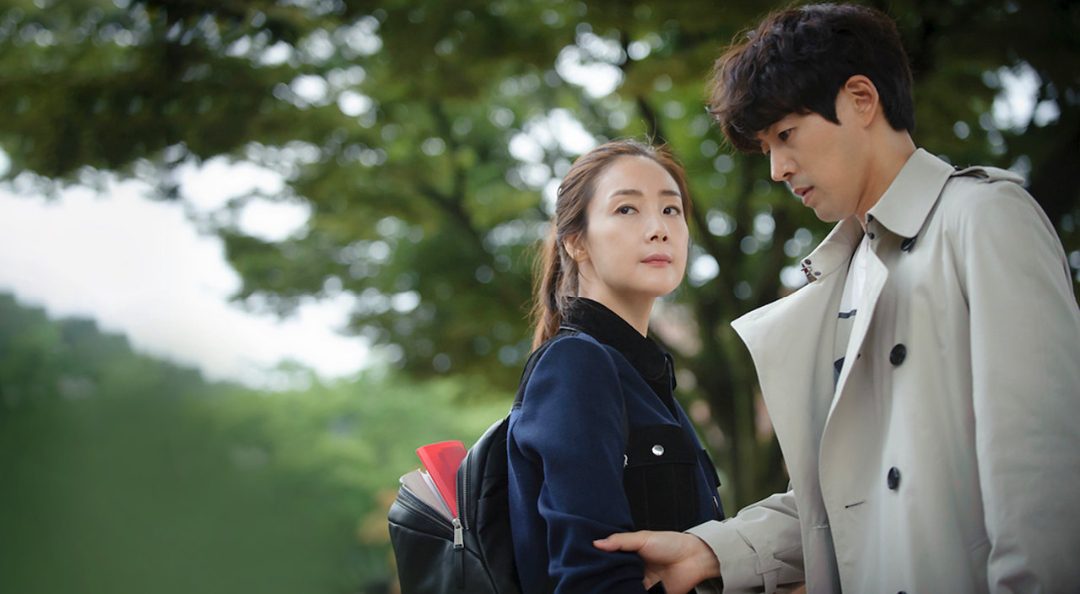 However, instead of being a moron and giving up on the remaining days of her life, she chooses to take charge of herself again and be a proud mother. She works hard and gets enrolled in the same university as her son. An emotional and inspiring journey that gives us a view of an empowering female lead who had once sacrificed her life is what makes a drama unforgettable to every mother who has been in a similar situation.

Choi Woo Shik’s character of Choi Ung in ‘Our Beloved Summer’ might have stolen your hearts, but Gook Yeon Seo is definitely the one who showed him the right direction in life. As a highly ambitious woman who wants to be fiercely independent, Yeon Seo works hard and always secures first place in her school. She is least bothered about hypocrite people around her and likes to shut her feelings within herself. It’s already a wonder that she falls in love with a clumsy and non-ambitious student in her class, Choi Ung, who comes the last in exams. She pushes Choi Ung to enroll himself in university and focus on his career. 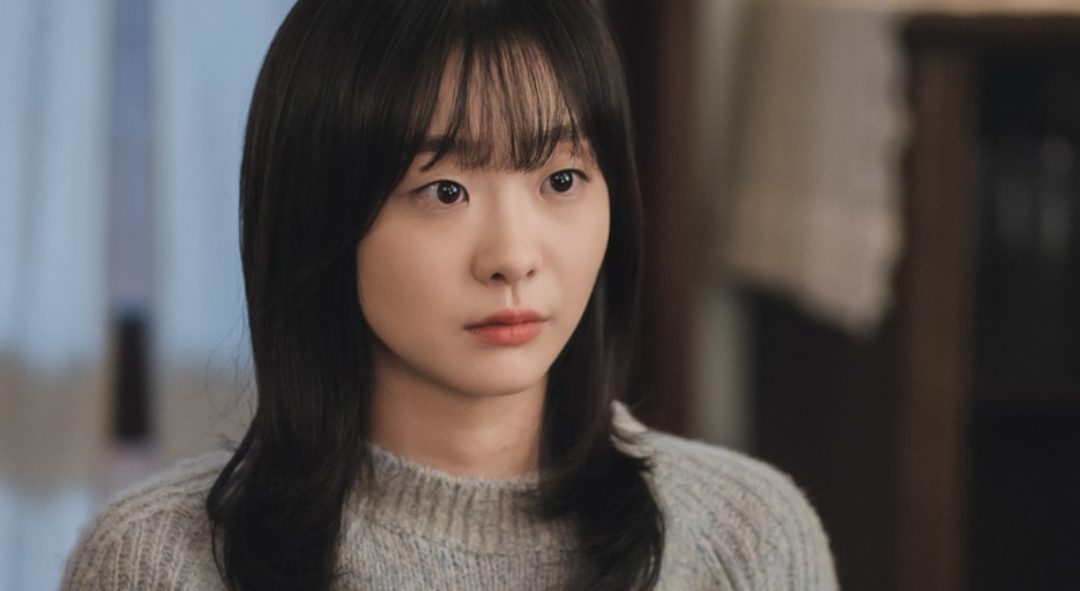 A female lead who is not a doll figure and knows how to control her man for good— it’s no surprise that Choi Ung’s parents like her so much. The way his mother still cares about her even after she breaks his son’s heart shows the beautiful bond Yeon Seo shares with her. Not to mention how deeply she cares for the only family she has, her grandmother. Imagine how well she can bond with your mother!

Getting accepted in the society already seems a bothersome task but Hae Soo from ‘Moon Lovers: Scarlet Heart Ryeo‘ wins over even the people of the palace after teleporting back in the year 941. Waking up in the body of a royal princess in the historical time while still keeping the hurting memory of her past life, Hae Soo struggles to adjust to the norms of the Goryeo Era. However, that does not change her as a person. Her sincerity, faith, and kindness to others showcase how strong a character she is, both morally and emotionally! 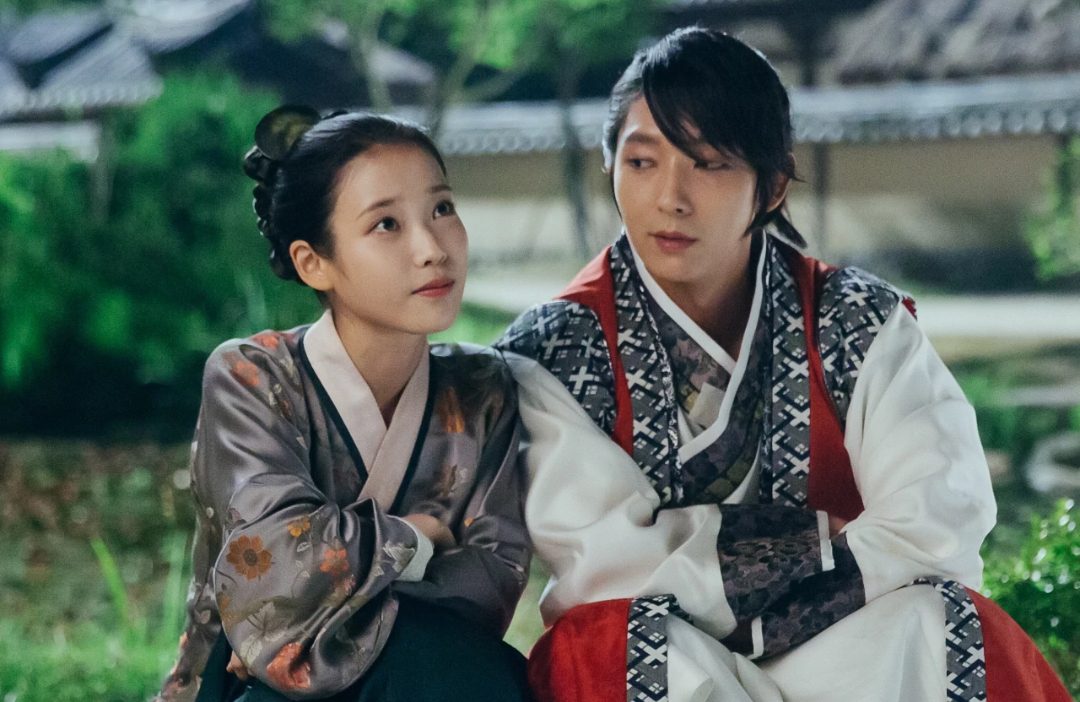 A female lead who is the heiress of a huge company is a self-made businesswoman and has a keen sense of fashion— Yoon Se Ri seems like the type of every mother! Se Ri can flip from being good-natured and polite to extremely savage and cut-throat when you mess with her. A kind of person who not only likes high-maintenance but also will keep her mother or mother-in-law highly maintained, she is a true style icon! 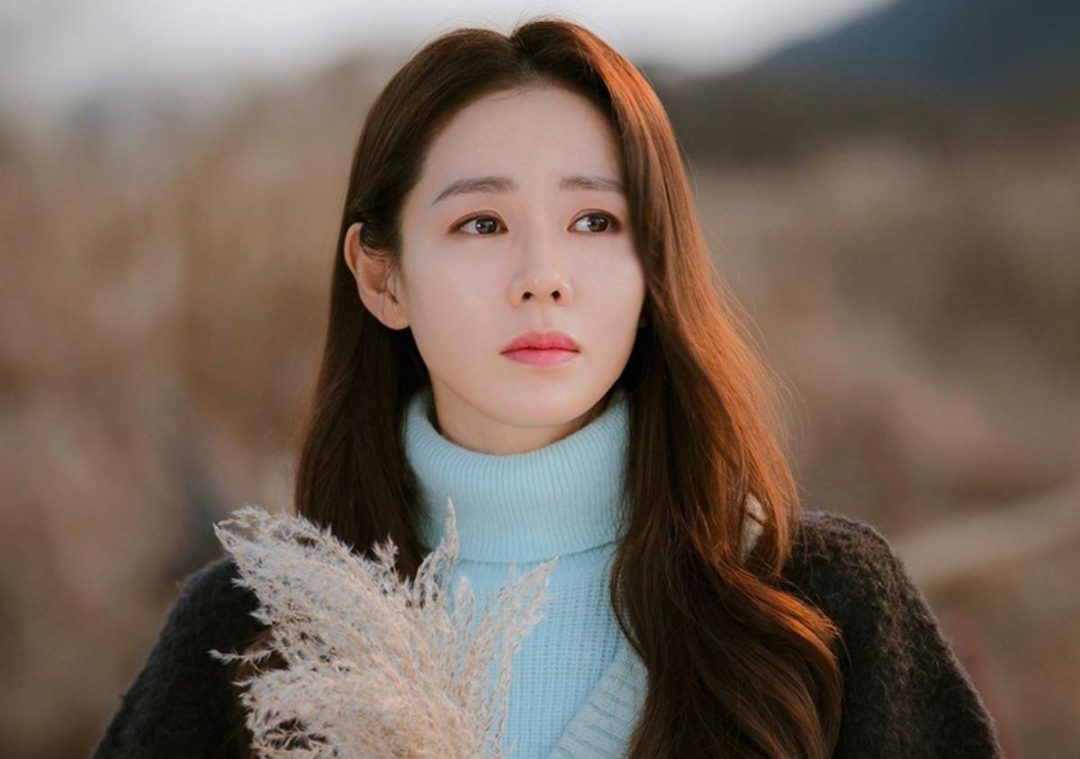 Although we rarely get to see any normal mother-daughter dynamics in ‘Crash Landing on You,’ we can volunteer that Se Ri is extremely sensitive when it comes to her mother. Had it not been for her stepmom abandoning her when she was a child or her brothers trying to sabotage her all the time behind her back, she might have shown her loving side to her family members as well. She is a real survivor who manages to thrive in the cruel environment of North Korea, where she crash lands unexpectedly.

Good K-drama characters come and go, but Choi Ae Ra from ‘Fight For My Way’ is still one of the most favorite female leads ever. Who else can be more attractive than a righteous, self-sufficient, and independent woman chasing her dreams despite falling into the pit several times! She has always aspired to be an announcer and possesses all the qualities for it. However, luck gives her a hard time every time she finds herself a step closer to her dreams. Ae Ra is a tough and mature woman but doesn’t hesitate to be vulnerable when needed. She cries her heart out whenever she fails but is strong enough to stand up again. 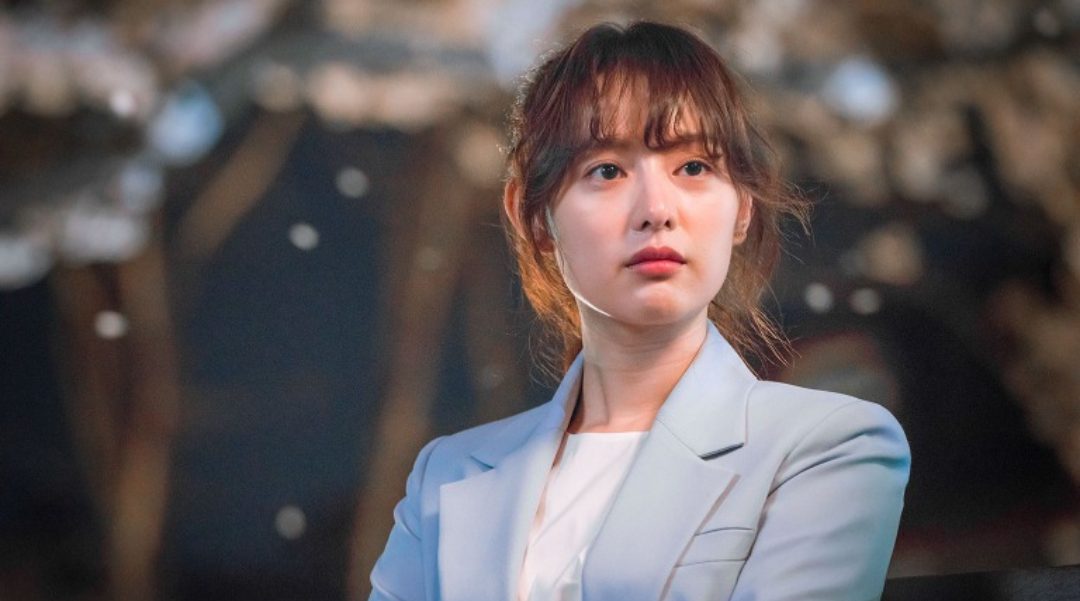 One of her biggest character traits is that she is an amazing friend to her two best friends, Baek Seol Hee and Ko Dong Man. She is incredibly supportive of them and looks after them when things get hard. Not to mention how interesting her overall character is, which every girl will find relatable! Choi Ae Ra stands out as a good role model who remains true to herself and straight away refuses to get dampened by others’ words and actions.

Cha Yu Ri is a female lead who would grow on you gradually once you start watching it. Played by Korea’s most beautiful woman Kim Tae Hee, Cha Yu Ri wins over the audience with her limitless love for her daughter and husband even after her death. With determination, she steps into the fiery pit and does everything in her power to watch everyone doing well by the end. 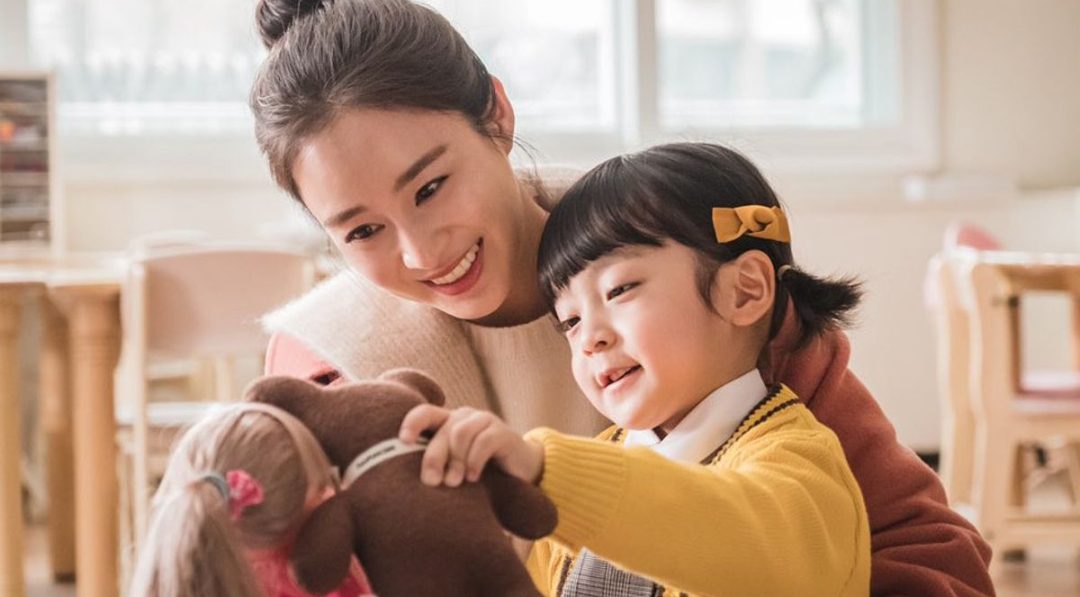 The character is, in itself, so inspiring that you might want to curl into a bawl and sob. Everyone, in general, loves such great characters, and so do the mothers of our family!